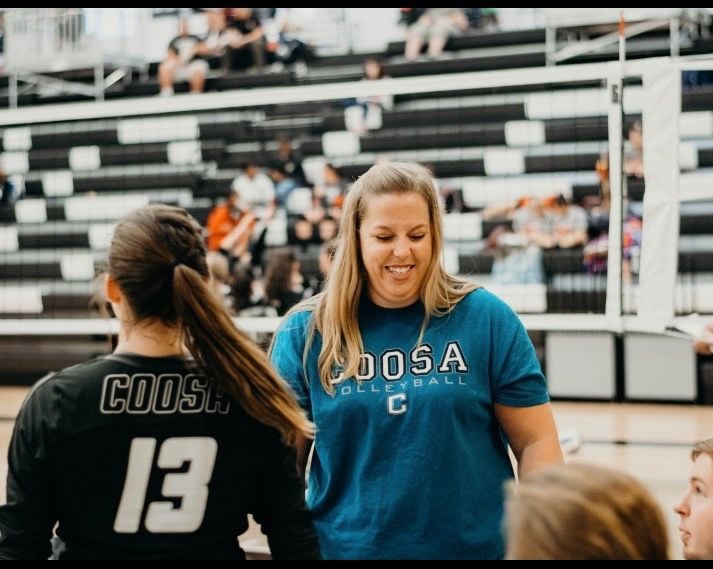 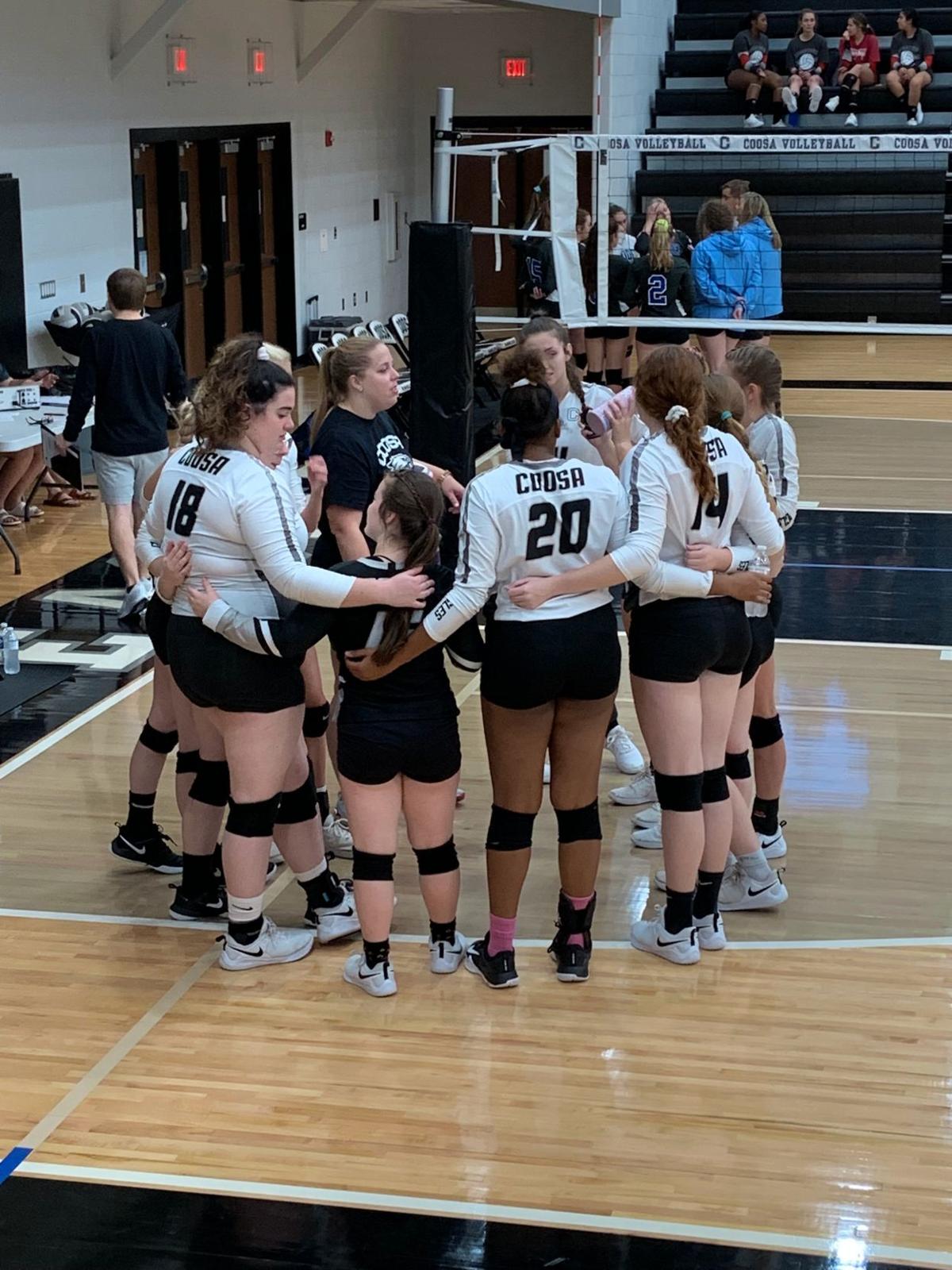 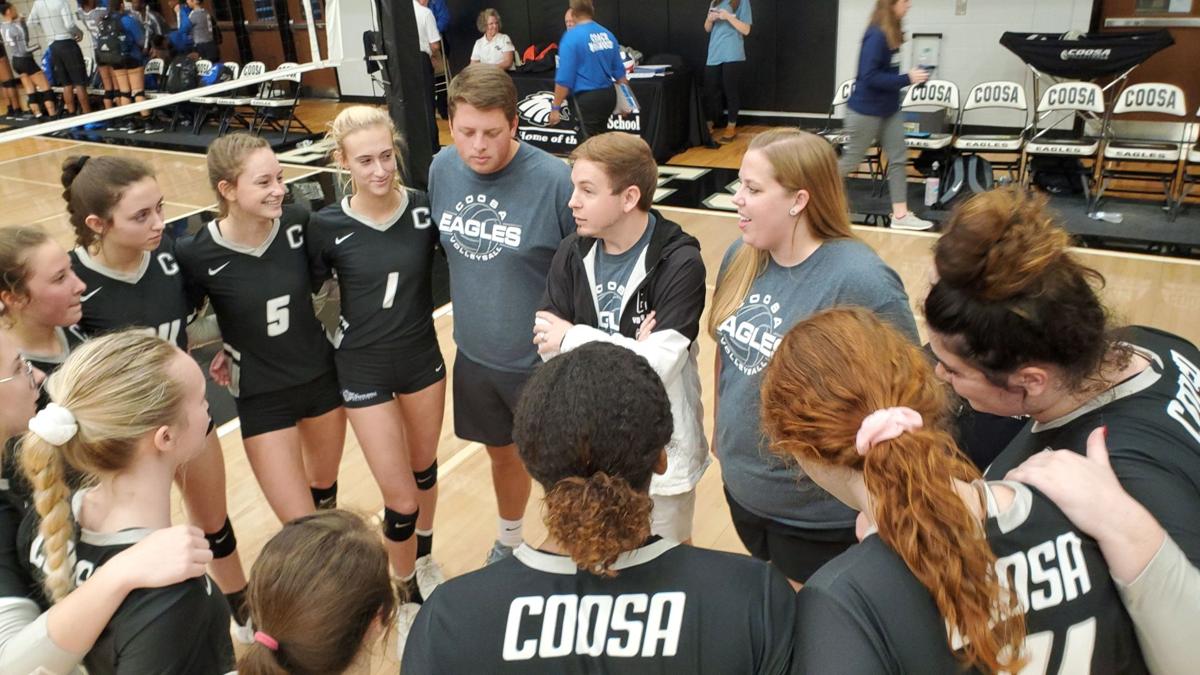 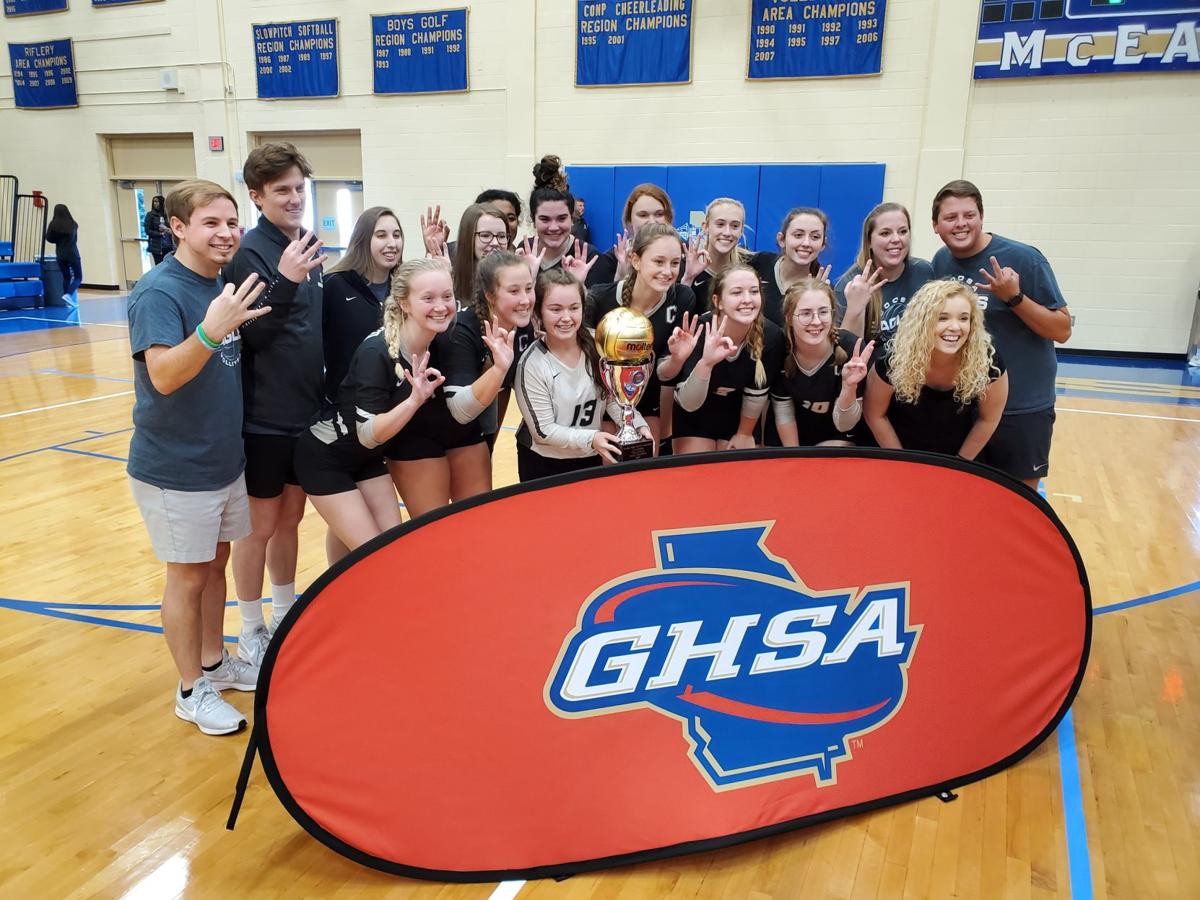 The Coosa Lady Eagles pose for a picture after capturing their third consecutive state championship on Nov. 2, 2019.

The Coosa Lady Eagles pose for a picture after capturing their third consecutive state championship on Nov. 2, 2019.

After competing in varsity volleyball at Cartersville High School, Laye attended Auburn University and earned a bachelors degree in secondary English education. She joined Coosa High School in 2014, becoming an assistant volleyball coach in the process.

“I knew I still wanted to coach as some of my most influential people in my growth were my coaches, so I know what impact coaching can have,” Laye said. “I wanted to have an impact in the classroom and on the court.”

Laye and Hann worked together on the volleyball team since the former arrived on campus. Laye said the overarching ideas she took away from her time coaching alongside Coach Hann are formulating a plan, connecting with the players and breaking down film.

“This is definitely a change for me ... not having him to bounce ideas off of. I feel like we’ve both helped each other grow a lot as coaches,” Laye said. “He’s really taught the importance of connecting with the girls ... you have to have a different approach with every girl. You can’t just keep the same coaching style with every player. He’s also helped me with the strategy of volleyball. He was always so great at watching film and ... looking at what we need to do to get better and using that to our advantage.”

“Planning for practice. Being deliberate. Everything has a purpose,” Laye continued. “There’s a plan. There’s drills to work on specific things that we see that our players need.”

Given the Lady Eagles recent success, including four straight finals appearances with a three-peat in hand, expectations are high for another strong campaign in defense of the crown. Laye said Coosa volleyball lives by the motto: “We are one.”

“We’re one team, we’re one family, we play as one,” Laye said. “Everything we do affects everyone else. The girls have bought into that, and just because we’re changing our look, we’re not changing who we are. We’re still one team and we’re going to play together as one and we’re going to get better as one.”

Coosa volleyball graduated seven seniors last year, but Laye said the rising seniors had varsity experience and are expected to step up into leading roles.

“I’m excited to ... see them develop, especially in their leadership their now that it’s their time to take charge of the team,” Laye said. “Several younger girls have been playing club, so I think they’re ready and excited for the opportunity.”

With the COVID-19 pandemic still a factor in everyday life, Laye said she has not been able to hold tryouts yet, but has been able to do limited conditioning. Beginning June 22, the Lady Eagles could begin using volleyballs during workouts.

“I posted on our website summer workouts. I’ve posted drills with the volleyball and ... regular workouts,” Laye said. “I have had a core group of about 10 that have been coming (to the gym). I was pleasantly surprised by the skills and what they were able to do after such a long layoff. You expect some lag, but the girls that came in really impressed me.”

Laye also said no one in the program or taking part in summer conditioning has tested positive for COVID-19 to this point.

“We’ve been very fortunate,” Laye said. “We take their temperature when they come in and we ask them questions and if they answer yes to any of those questions, ... then they’re not allowed to enter. We’ve been lucky and not had ... to turn someone away. No one’s ever been running a fever.”

Laye said the 2020 varsity and junior varsity squads will likely be around 10-12, but noted the number is flexible. Laye added the Lady Eagles have traditionally been a hitter heavy team, but must adapt.

Hann and Laye will coach against each other for the first time on Sept. 9, when Hann makes his return to Coosa High School with the Calhoun Lady Jackets.

Laye said, above all, she’ll always be proud of her athletes as long as they leave everything on the court.

“That’s kind of the competitor in me is I’m always going to give it my best,” Laye said. “I’m still going to be fighting ... and playing until the end. I want my girls to understand that that’s what I expect from them.”

Laye said she is hoping to conduct tryouts the week after July 4th. The Lady Eagles are scheduled to open their season with a scrimmage against Sonoraville on Aug. 6, followed by the regular-season opener versus Lakeview-Fort Oglethorpe and Villa Rica on Aug. 13.

Two regional officials will be serving as president and vice president of the Georgia Municipal Association's district one in a virtual meeting last week.

A mix of relief, fear and uncertainty has cropped up for business leaders and worker advocates in Georgia eyeing new protections for companies and hospitals against coronavirus-related lawsuits.

ATLANTA — With state tax collections running below expectations even before the coronavirus pandemic hit, supporters of legalized gambling in Georgia were optimistic they could finally prevail during the 2020 legislative session after years of failure.

Review finds many who work during rehab aren't being paid