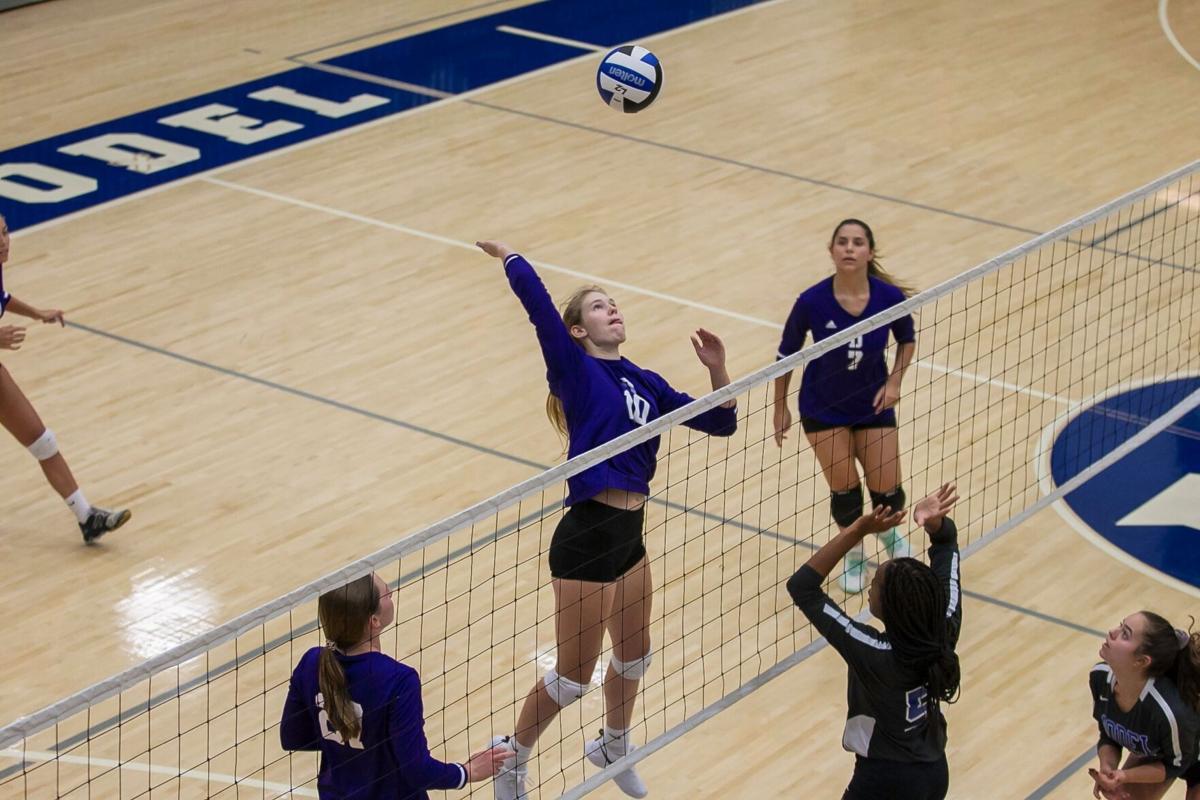 Darlington junior middle back Sarah Tunnell prepares to spike the ball during the Lady Tigers match against Model at Model High School on Thursday, Aug. 27. 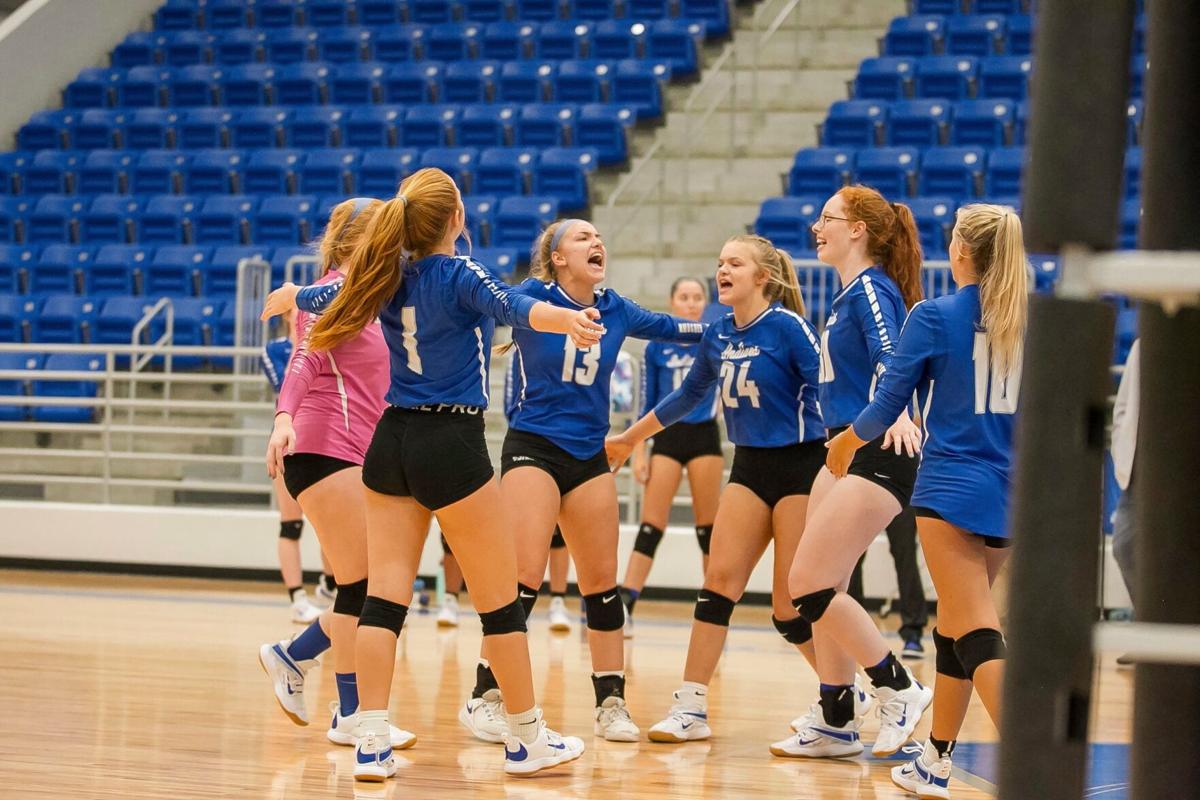 Armcuhee players celebrate after earning a point during their match against Peppperell on Thursday at Armuchee High School. 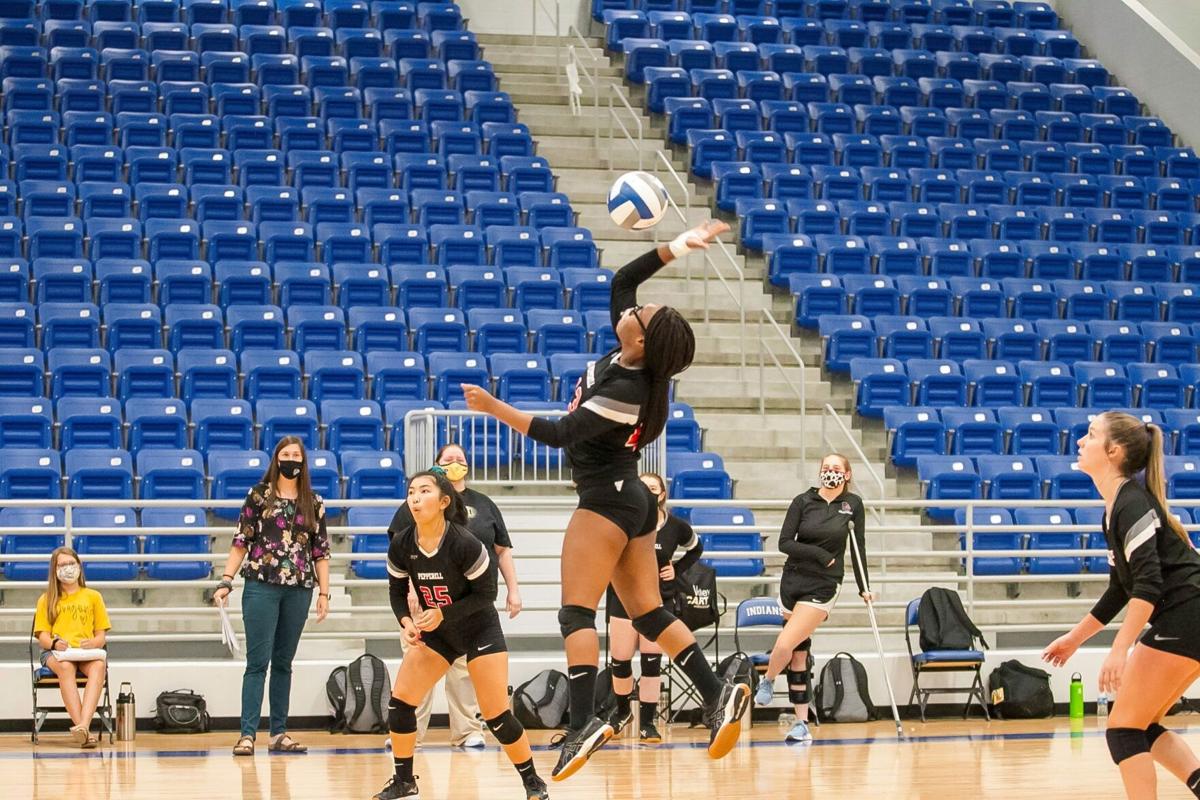 Pepperell senior LaNiesha Sparks prepares to hit the ball during the Lady Dragons match against Armuchee at Armuchee High School on Thursday, Aug. 27.

Darlington junior middle back Sarah Tunnell prepares to spike the ball during the Lady Tigers match against Model at Model High School on Thursday, Aug. 27.

Armcuhee players celebrate after earning a point during their match against Peppperell on Thursday at Armuchee High School.

Pepperell senior LaNiesha Sparks prepares to hit the ball during the Lady Dragons match against Armuchee at Armuchee High School on Thursday, Aug. 27.

Thursday night saw some volleyball action across the region as Armuchee, Darlington, Model and Pepperell faced off.

The Darlington Lady Tigers traveled the short distance northeast to Model High School to battle the Lady Devils. The Lady Tigers would walk away with the road sweep to remain undefeated.

“I’m so proud of them,” Darlington head coach Christina Kopp said. “They’ve been working so hard. I think they came out ready to win, ready to fight. The energy was just really great.”

“First set we made a lot of errors on our end and we talked about that in between the two sets,” Model head coach Kendall Roberts said. “If we can fix the things happening on our end how much better the second set would be.”

The second set saw a much tighter contest. Model built a lead of 5-3, but a 6-0 Darlington response saw Model reclaim a lead they would never relinquish. The Lady Devils rallied to close the gap to 15-13, but the Lady Tigers held off Model’s charge back 25-20, sweeping two sets to zero.

“It was definitely a more competitive set,” Roberts said. “(Moving forward), we’re going to talk about playing through adversity. Volleyball-wise, being more aggressive at the net and working on blocks and attacks.”

Roberts said one of her seniors, Olivia Langham, went down with an injury prior to the game. Roberts added with the lineup adjustments, other players had to step up.

Darlington junior Sarah Tunnell led the way offensively for her squad with six kills, one dig and five blocks.

“She’s just a really athletic player,” Kopp said. “I think, today, she really put the pressure on with blocking. She didn’t make any hitting errors tonight, so she was playing all-out today.”

Darlington now moves to 2-0 in the young season while Model drops to 4-11.

“I was really proud of our setter (Ella Roberts),” Kopp said. “We generally are a middle-heavy team, but she really was working on spreading out the sets today. We were getting our outsides more involved. I think, for us as coaches, that was kind of the biggest success of the night.”

Darlington prepares for its home opener against Christian Heritage on Tuesday while Model hosts Temple and Pepperell in a tri-match Tuesday.

In the finale of a tri-match with Dade County, Armuchee and Pepperell dueled at Armuchee High School, with the Lady Indians emerging victorious.

“We limited our mistakes as far as our serving errors and our biggest thing is our passing errors,” Armuchee head coach Clint Decker said. “We work on that every single day. We were able to get a couple good passes, finish out and get the point.”

“When we were playing against Armuchee, they were ... enjoying to play, but they also learned how to actually compete in a game and try to win instead of trying to get through the match,” Pepperell head coach Lauren Meyer said.

“We started out serving ... our first five serves are in the net, so we give them a five-point lead,” Decker said. “We just made so many mistakes, which is highly unlike us. We’re still trying to improve in becoming a passing team, but too many mistakes.”

The Pepperell Lady Dragons were swept by set scores of 25-15 and 25-11, respectively.

Both head coaches noted their teams made plenty of mistakes, but also that play improved in the evening finale.

“They just found a way in the second game,” Decker said. “We talked to them after the first game and just said ‘You guys have to figure it out. You know exactly what you’re doing.’”

“My girls worked hard, but they did not play to the best of their ability (against Dade County),” Meyer said. “When it came to playing against Armuchee, they learned how to compete today, so I was definitely very, very proud of them for that.”

After splitting the home tri-match, Armuchee’s record rises to 6-7 overall. The Lady Indians travel to Gordon Central High School on Tuesday to face the Lady Warriors. Region 6-A Public play opens on Thursday, Sept. 3, with a home tri-match against Bremen and Callaway.

Pepperell falls to 0-15 overall as the Lady Dragons continue searching for their first win in 2020. They will travel to Model High School for the aforementioned tri-match against Temple and Model on Tuesday.