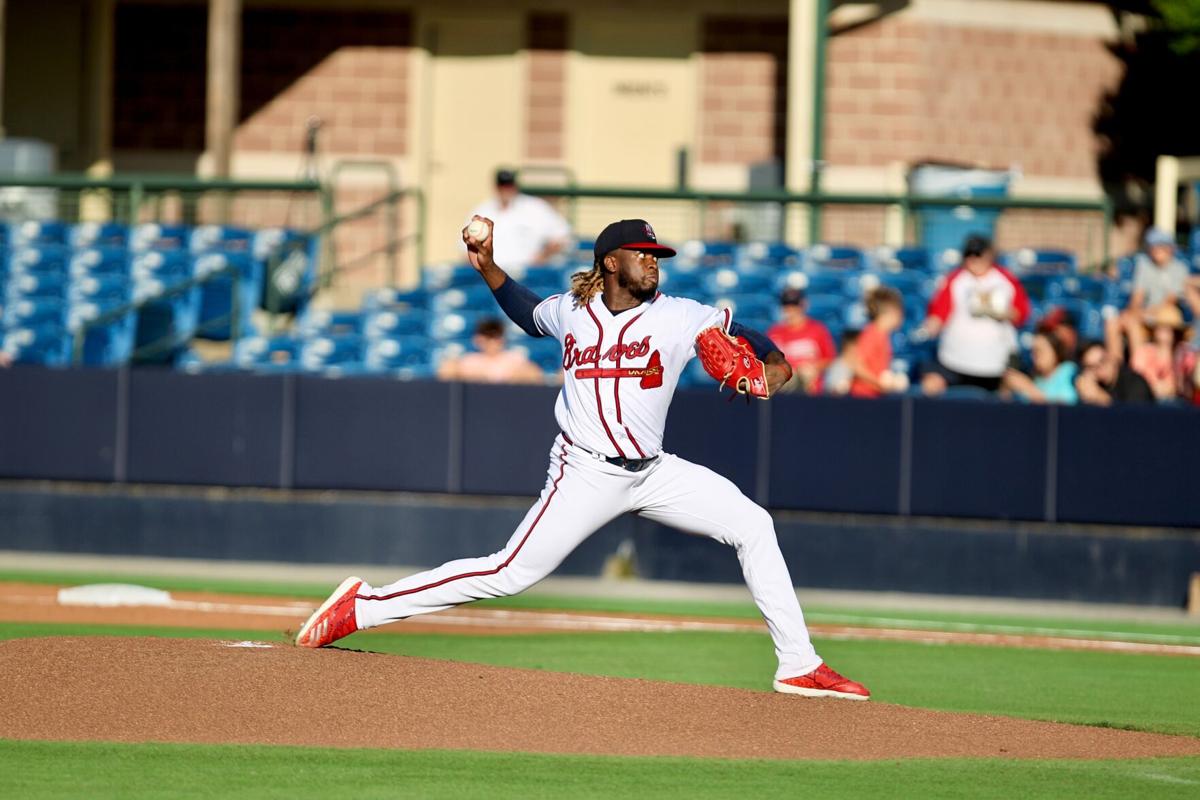 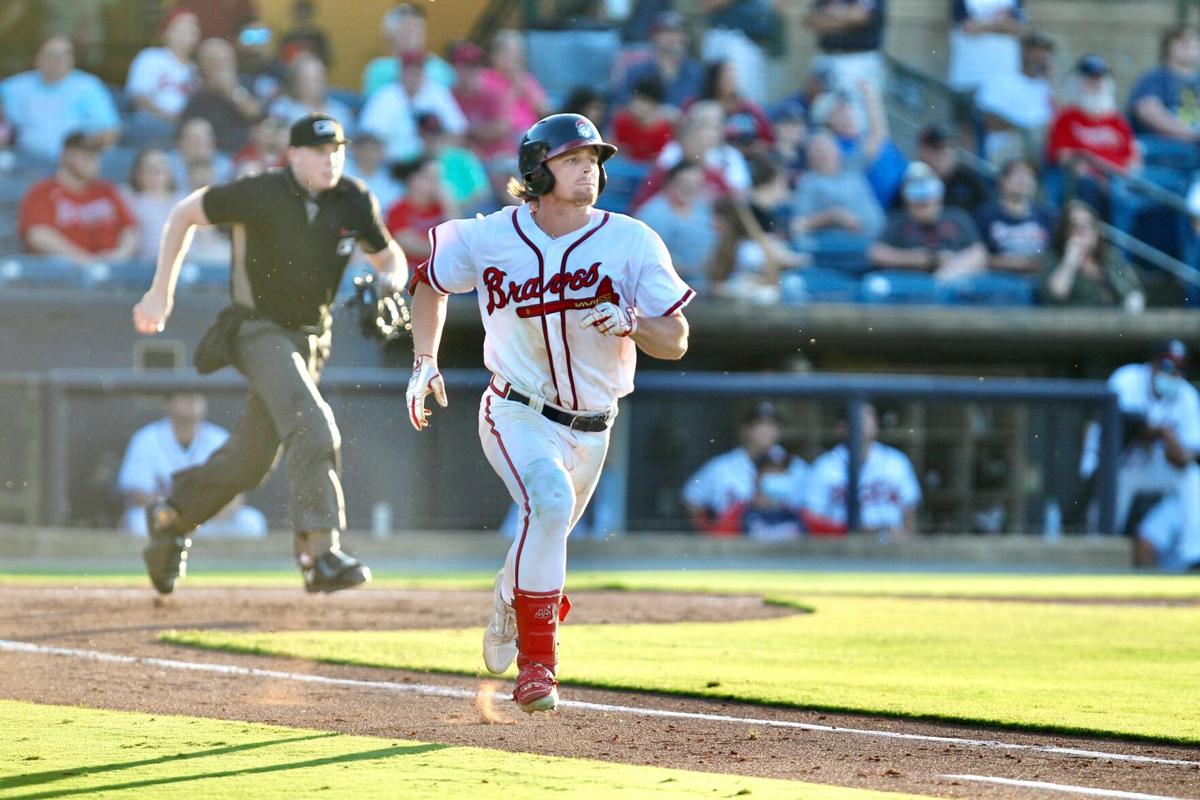 Here’s a look back at the first two contests of the six-game series.

The big story entering Tuesday night’s series opener revolved around former Rome Brave pitcher Touki Toussaint making a rehab start as he works his way toward a return to Atlanta.

Toussaint, who had not pitched since March 22 during Spring Training, dealt three innings, giving up just one hit (a home run), one walk and two strikeouts. Toussaint is battling back from a shoulder strain.

“I honestly just felt good to compete today,” Toussaint said via Zoom. “I’m a competitor, so it feels really, really good to get out there and be like, you can still do this.”

Toussaint was rolling early, starting his rehab assignment with a one-two-three first inning. The 24-year-old ran into a bit of trouble in the top of the second, giving up a leadoff home run and a walk, but quickly regrouped with a ground-ball double play and a strikeout to hold Bowling Green to its 1-0 lead.

“I just told myself take it pitch by pitch,” Toussaint said. “I executed and got that ground ball and I was pretty excited about that.”

Toussaint said his game plan entering Tuesday’s start was to keep everything in the zone and make the opponent put the ball in play.

“Everyone knows my biggest crutch is my walks, so I try to cut down on those and just throw everything in the zone and make them beat me and not beat myself,” Toussaint said. “I haven’t competed in three months, so I didn’t expect myself to be perfect.”

After Toussaint’s exit with the game knotted 1-1, the Hot Rod offense ignited, putting two runs on the board in the fourth and tacking on a four spot in the fifth.

Jesse Franklin V hit a solo home run in the bottom of the fourth to cut the deficit to 3-2 Hot Rods, but a bases-loaded walk to Bowling Green’s Evan Edwards followed by a bases-clearing double from Niko Hulsizer suddenly saw Bowling Green ahead 7-2.

It was Rome’s sixth consecutive loss to Bowling Green.

Rome bounced back from Tuesday’s loss with a shutout of the first-place Hot Rods.

Rome’s Jared Shuster, a 2020 first-round pick out of Wake Forest, was masterful over four innings of work. He conceded just one hit and one walk with six strikeouts.

The Braves’ pitching staff backed up his work for the latter five innings, as Zach Daniels, Kasey Kalich and Indigo Diaz allowed a combined one hit, one walk and seven punchouts.

Offensively, Rome jumped on the board in the bottom of the fifth inning, then added two insurance runs in the sixth and eighth innings.

In the eighth, Franklin picked up his second RBI of the day with a double to left, plating Josephina for a 4-0 advantage. Franklin would later score on a Logan Brown single to center field.

Ossoff seeking to codify right to vote in federal law

ATLANTA -- The right of Americans to vote in federal elections would be codified in federal law for the first time under legislation introduced this week by U.S. Sen. Jon Ossoff, D-Ga.

WASHINGTON – President Joe Biden is expected to unveil plans Thursday to strengthen car pollution standards through 2026, putting the United States on a path to reduce greenhouse gas emissions — though not as quickly as many environmentalists say is needed. The proposed standards, written by the Environmental Protection Agency and the Transportation Department, would replace significantly ...

ATLANTA — The nearly $1 trillion infrastructure bill now before the U.S. Senate would be a good fit for public transit in Georgia, officials with Atlanta’s MARTA bus and rail system said Tuesday.

ALBANY, N.Y. — Gov. Andrew Cuomo oversaw a toxic workplace and sexually harassed several women, including much younger aides and advisers, according to a bombshell report released Tuesday by state Attorney General James’ office. The report details cases of harassment by the governor of current and former employees that include unwanted groping, kissing, hugging and inappropriate comments that ...

Up to five kids per day hospitalized with COVID in Springfield area; cases double