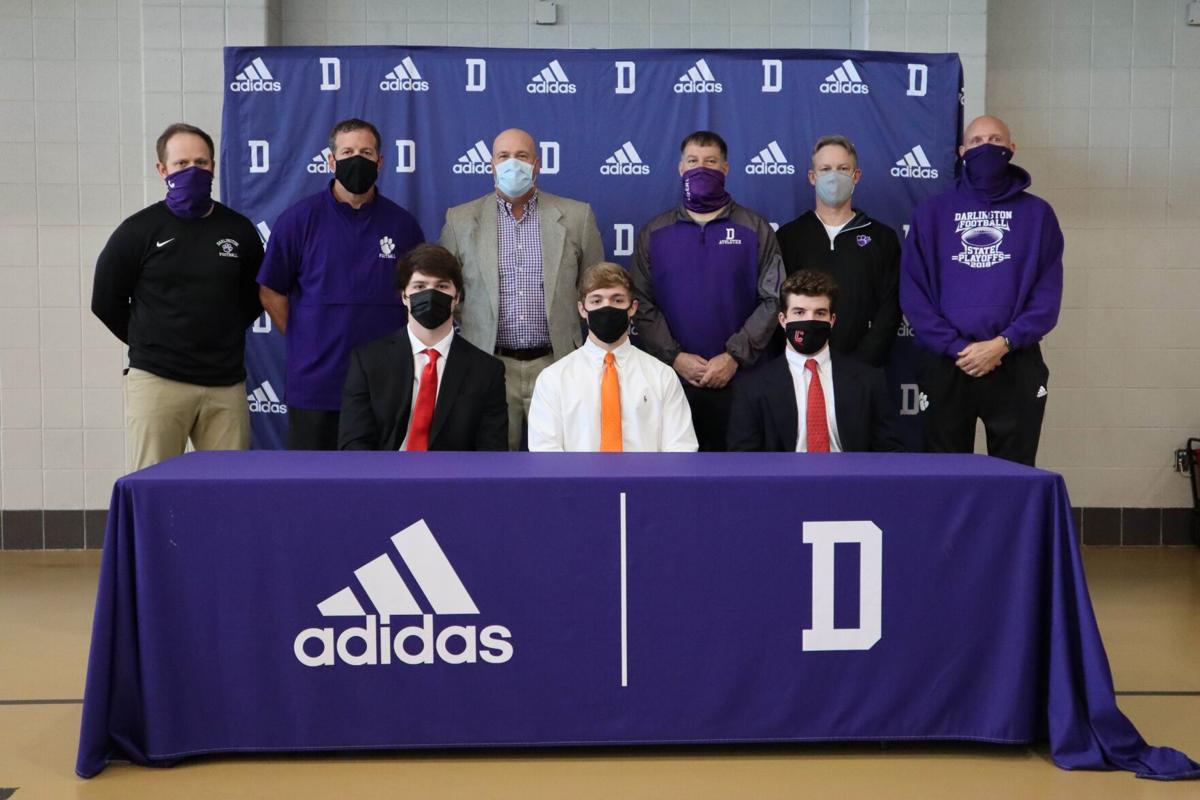 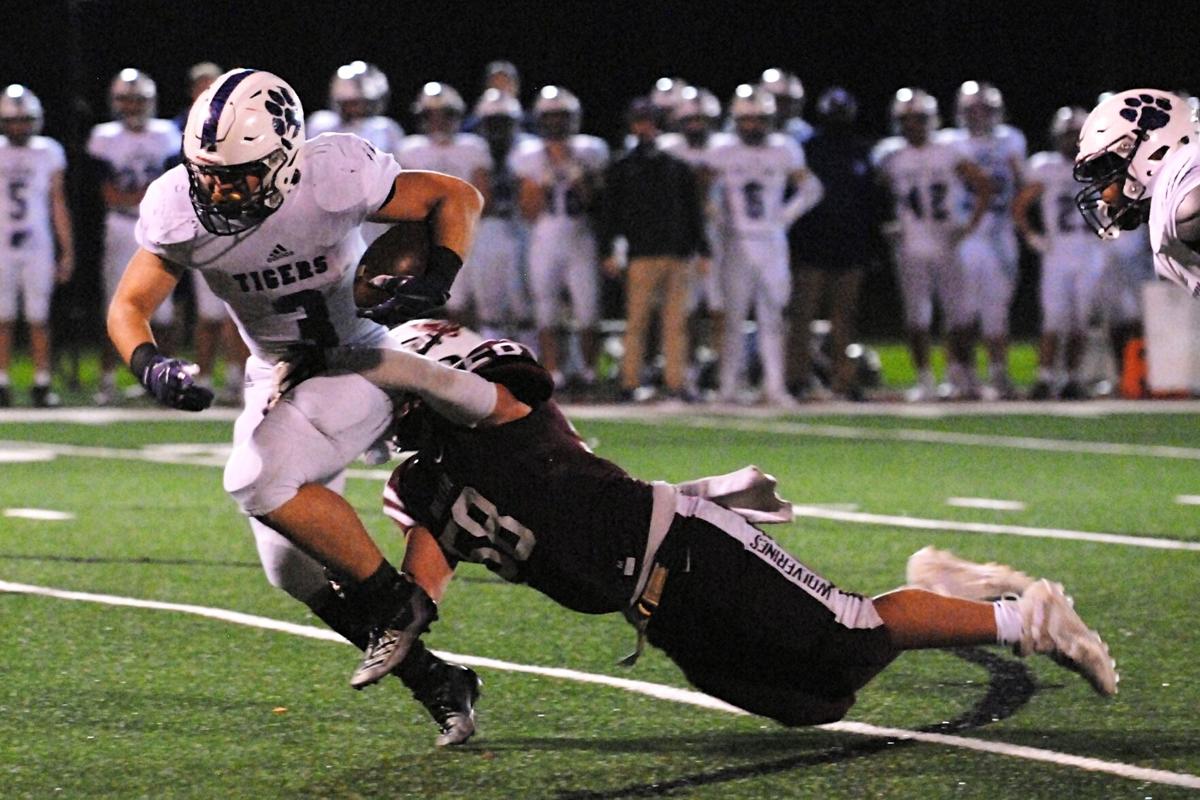 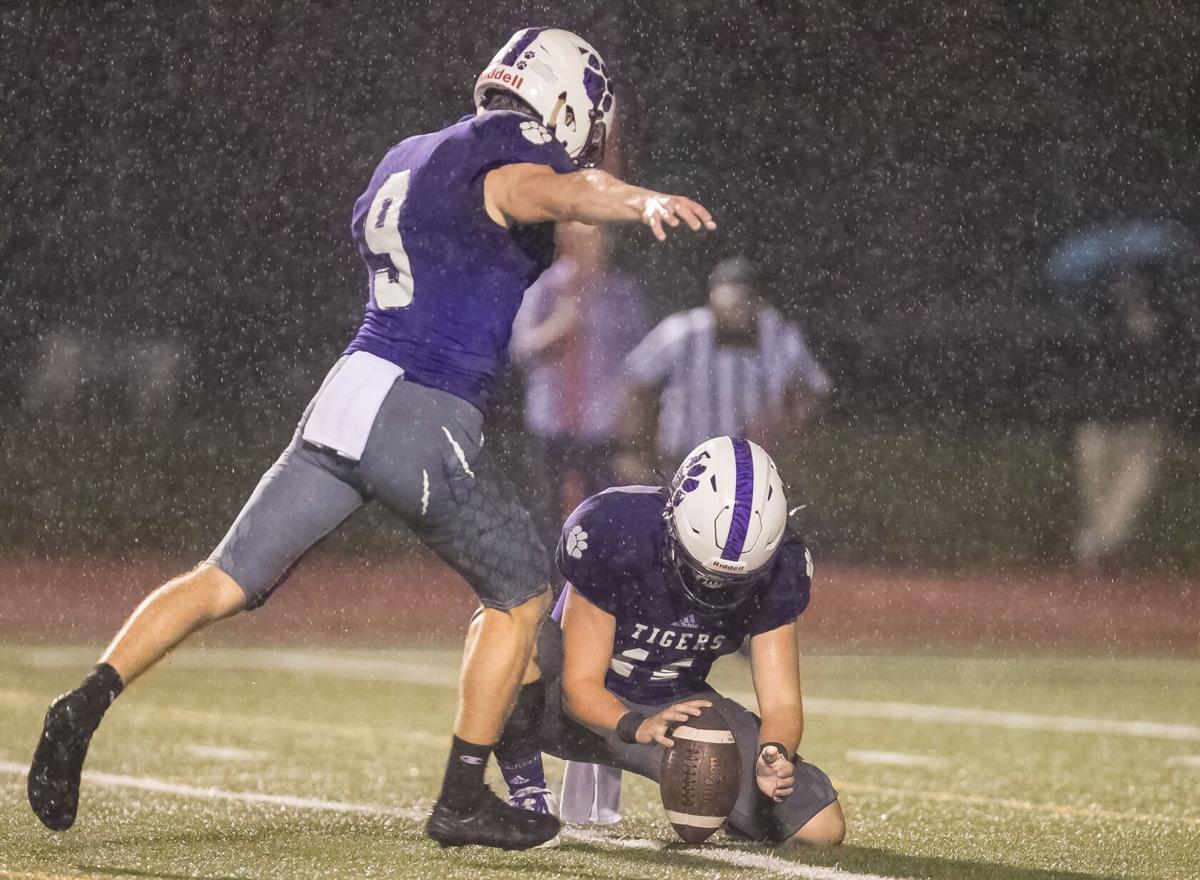 Darlington senior Brinson Sumner attempts a kick during a game at Chris Hunter Stadium this past fall.

Darlington senior Brinson Sumner attempts a kick during a game at Chris Hunter Stadium this past fall.

National Signing Day is one well remembered by student athletes, marking the official beginning of the college football signing period.

For three Darlington Tigers, that day arrived Wednesday as Harrison Allen, Brinson Sumner and Davis Watson all officially signed to the college level during a signing ceremony at Darlington School.

“It’s just so exciting for me to see young men be able to accomplish their dreams,” Tigers head coach Tommy Atha said. “Not only are they going to have the opportunity to go play football beyond high school at the next level ..., but (at) incredible institutions. Just to know that football is going to be a vehicle to help them hopefully get a degree from schools like that, this is one of the most rewarding parts for me.”

Allen, who played both at running back and linebacker, described the moment of signing his name as a “dream come true.”

“I’ve been thinking of this moment since I was a little kid,” Allen said. “I was freaking out a little bit toward the end of the year. I didn’t have anything to work with, but it all worked out and I’m very blessed.”

Watson, who played along the same offensive line as current Georgia Bulldog Tate Ratledge, acknowledged the decision was a difficult one.

“The decision was real hard because I couldn’t visit anywhere for a long time because of coronavirus, but it’s definitely good to get my decision in there and get ready to play at the next level,” Watson said.

“Ever since I was a little kid, I always dreamed of playing college football,” Watson said. “An opportunity to play college football with one of my best friends obviously is something that always comes into consideration when making a choice of playing at the next level.”

Allen carried the ball 222 times for 1,240 yards and 11 touchdowns his senior season. He also caught three passes for 97 yards and a TD.

“I’ve always wanted to go to an academic school and Cornell definitely provides that (as) one of the best in the world,” Allen said. “My football passion has definitely driven me to work on my grades and my work ethic to get to that next level and it all paid off.”

Allen and Watson have become best friends and roommates during their time at Darlington. Allen described going to Cornell with Watson as “a blessing.”

“We’ve lived with each other now for nearly two years in the dorm, so living up there will definitely be an easier transition together than it would be alone,” Allen said. “I can’t wait. I think it’s going to be a great time and I’m looking forward to it.”

Allen said he can’t wait to see what an Ivy League institution will be like full-time.

“I want to see the connections that I make up there,” Allen said. “The football program. There’s many things to look forward to and it’s just going to be a whole new life ... up north.”

Watson said he’s ready to develop himself into a better football player.

“Just somewhere new,” Watson said. “A new journey ahead of us and taking it on as it comes.”

While Allen and Watson are set to head north to central New York, Sumner will be staying in-state as he begins making preparations for Macon and Mercer.

“If you had told me a year ago I was going to Mercer and even playing college football, I wouldn’t believe you,” Sumner said. “What led me there is Coach Atha. He has contact over there and he reached out. We just kind of hit it off. I liked everything about Mercer and I knew I wanted to go there once I visited.”

“It’s definitely relieving,” Sumner said. “It was stressful because you don’t know the opportunities you’re going to have. I’m very excited, I’m happy with my decision and I wouldn’t change it.”

Sumner played soccer for Darlington, but had suited up for football in middle school. Sumner would make a big impression on Atha and the coaching staff, taking over Darlington’s kicking and punting responsibilities.

“I broke my leg my eighth grade year, so I couldn’t play freshmen year,” Sumner said. “So I sat out freshmen and sophomore year and just decided I wanted to come back junior year just as a kicker, and ever since I did that, I don’t want to stop.”

Sumner said he does quite a bit of work on his own, as his responsibilities deviate somewhat from the rest of the team.

“My junior year, I just came in just as a kicker; I never would’ve thought about punting,” Sumner said. “Going into senior year, I realized we didn’t have a punter, so I was like ‘You know what? I’ve got to give it a try.’ I started practicing, watching videos, going to camps ... and I started to realize I was getting better at it.”

Atha, who has been head coach at Darlington for 19 years, said the emotions of a signing day never change for him.

“I’ve got a man now who is coaching for me on my staff and he was the first player I ever signed, Chantz McClinic,” Atha said. “I can remember just the true excitement of when that happened (in 2004) and every year, it doesn’t change at all. This is validation to those guys as to why they put in all those hours and all that time.”