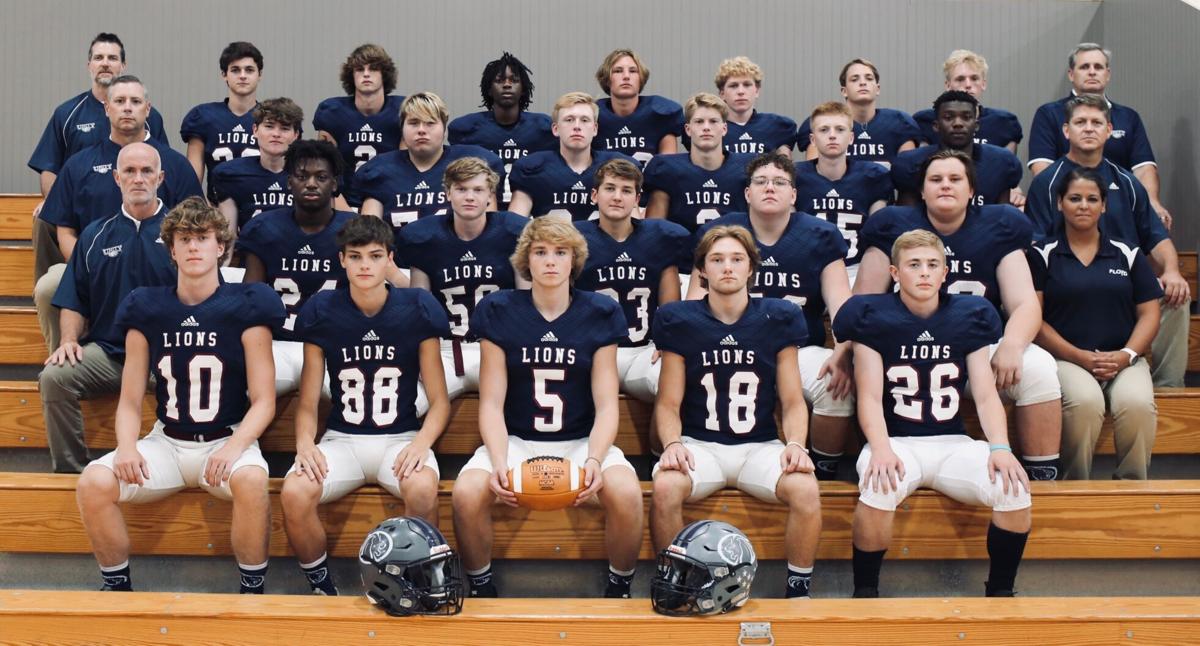 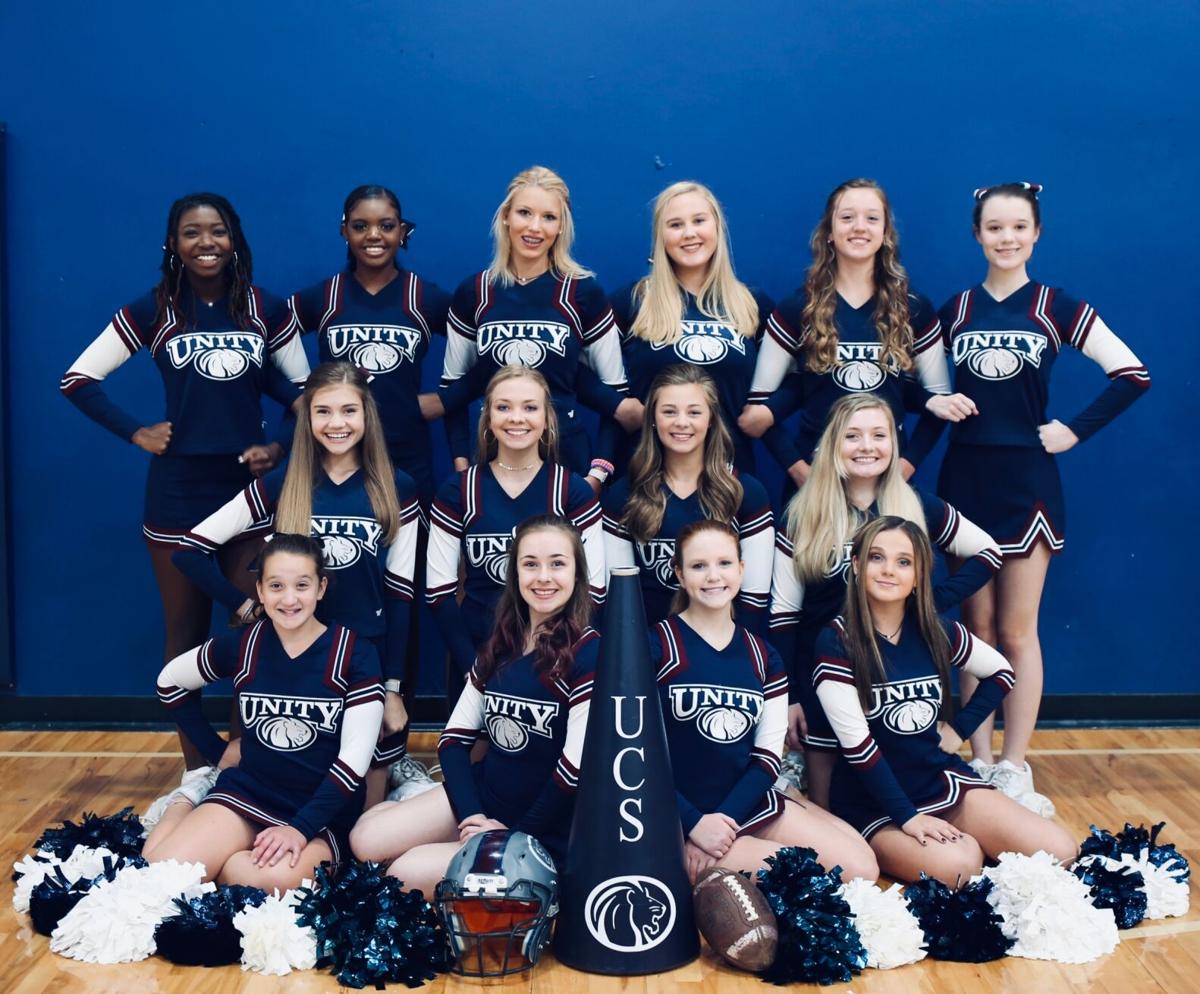 Unity Christian Lions head coach Nick Jones speaks with his team during a break of their scrimmage game versus Praise Academy at Grizzard Park on Friday, Aug. 21. 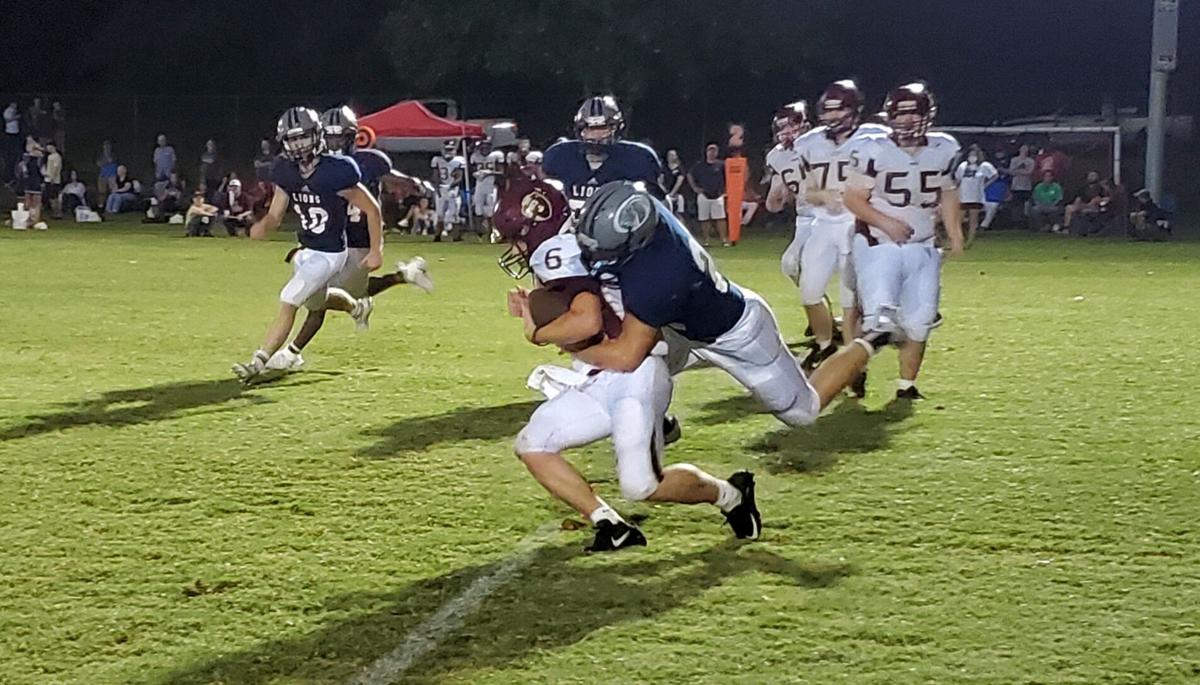 Unity Christian Lions head coach Nick Jones speaks with his team during a break of their scrimmage game versus Praise Academy at Grizzard Park on Friday, Aug. 21.

After defying expectations and going undefeated during the regular season, the Unity Christian Lions are gearing up for another strong campaign with virtually their whole squad back.

Last season, the Lions tore through the regular season, but dropped out in the second round of the playoffs to eventual state champion Peachtree Academy after a 26-0 defeat. Following 2019, head coach Mark Ackerman stepped aside and Nick Jones took the reins.

“We were disappointed to lose that game that ended our season prematurely, but overall, we entered the season thinking we would probably ... be one game or two games above .500,” Jones said in a phone interview. “To go the entire regular season undefeated, we felt a really, really amazing task that our young men stepped up to for sure.”

The Lions play an 8-on-8 style of football in the Georgia Association of Private and Parochial Schools (GAPPS). Jones said having virtually his entire team returning for 2020 has aspirations sky high.

“I’m really excited at the level of our players,” Jones said. “We only graduated one starter from last year on the offensive line. We do have a little work to do (on the offensive line) to replace him, but we really like our skill players. We have a lot of depth, so we are super excited about the talent level and potential of these young men.”

As COVID-19 grips the nation, Jones has only had limited opportunity to work with his players during the summer.

Like the Georgia High School Association, GAPPS laid out guidelines for a return to conditioning and practice.

“The workouts have been going great. Our guy’s were super enthusiastic and have been pumped to get back into the facility,” Jones said. “I think everyone’s at a little bit of a deficit this year not having spring football. When we hit the ground running in late July when practice begins, we’re going to have to get a lot of work done real quick, but I believe we’ve got the guys who can do it.”

Jones said the Lions have the expectation to win it all this year, ready to showcase their talent.

“I believe we are built to compete at a very high level in our league,” Jones said. “We’re going to try to make a run for the ring. That’s our goal. We want to do our best to be good, sound athletes on the field in the way we uphold ourselves in character and nature. We believe we have some stellar athletes and stellar coaches that are going to help us get to that point.”

“They are pumped and ready to rock and roll,” Jones said. “They are ready to play some football.”

The Lions will open the season on Friday, Aug. 28, with a road contest at New Creation Christian Academy in McDonough.