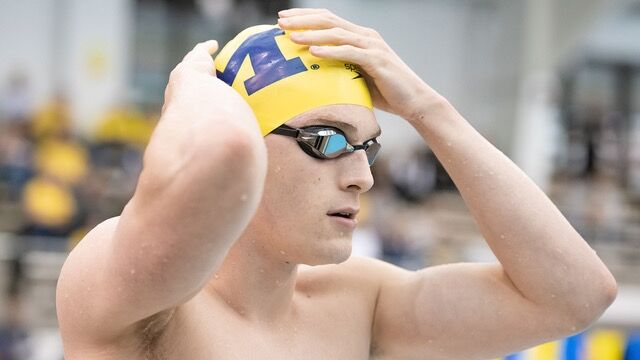 Rome High School graduate Mason Hunter competes collegiately with the University of Michigan and will soon compete in the U.S. Olympic trials.. 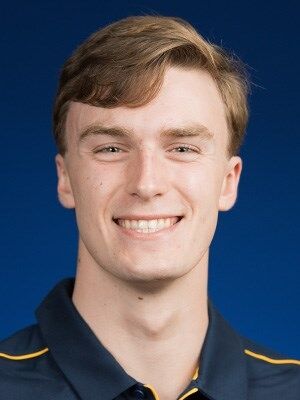 Rome High School graduate Mason Hunter competes collegiately with the University of Michigan and will soon compete in the U.S. Olympic trials..

Mason Hunter is about to suit up for one of the most prestigious swim meets on U.S. soil.

The 21-year old will soon make the trek from Ann Arbor, Michigan, where he attends college and swims competitively for the University of Michigan, to Omaha, Nebraska, where he will compete in the Olympic trials.

The rising senior at Michigan will join over 1,000 other swimmers from across the United States, all vying for the opportunity to achieve what only a select few have managed before: swim for Team USA at the Olympic Games.

When asked about swimming for the chance to represent the Red, White and Blue in Japan in about two month’s time, Hunter’s response was not about the pressure an athlete might face given the circumstances, but rather the joy of being able to compete in the moment.

“For me, I’m just grateful for this experience,” Hunter said in a phone interview. “That’s where so many people’s dreams are when they start sports in general, but specifically swimming. It’s really cool just to be able to go there and know that there are so people that, even just being at that place is fulfilling a dream for them, let alone the people who have that dream of making the Olympic team. I am just very grateful to have the opportunity to be at an meet like this (and) have that experience.”

Hunter started competitive swimming relatively late as an eighth grader at the Three Rivers Club. His former coach, Brooks Coville, said in an emailed statement children are often well involved in competitive swim by the age of 10.

“It’s tough being a beginner — for all of us — especially when we’re surrounded by folks who seem to be so much more competent than we are. It’s especially tough for young adults who are trying to establish themselves among their peers,” Coville said. “To Mason’s immense credit, he didn’t get discouraged at all. Instead of his wasting time comparing himself to everyone else, I could see Mason getting quietly fascinated in how the human body can be taught to interact with water in a graceful, balanced and powerful way.”

Since he started competitively swim at 14 years old, Hunter has picked up quite a few accolades along the way.

In his junior year at Rome High School, he won a GHSA state title in the 100-Yard Breastroke, with a time of 56.66 seconds.

During his senior year, he won the 100-Yard Breaststroke at the USA Swimming Georgia Senior Short Course Championships, clocking in at 54.76 seconds.

But the reason he is swimming in Omaha is due to his time being within the official time standards set by USA Swimming.

“In this sport, and any sport, you definitely have to work hard to get to this point,” Hunter said. “For myself, it’s been a long journey to get here since starting swimming in eighth grade. I didn’t think at the time I’d be making it to Olympic Trials.”

Coville said he could see Hunter “establishing his own personal relationship with water.”

“I imagine every coach wants to see the athlete take ‘ownership’ of his or her involvement with the sport; Mason definitely took early ‘ownership’ of his swimming,” Coville said. “Mason’s trajectory to the Olympic Trials will always be, for me, an inspiring tale of determination, hard work, and above all…old-fashioned gumption.”

Hunter explained the top two finishers from his Wave I event will earn the right to race in the Wave II event. From the Wave II running of the 100-Meter Breaststroke, the top two placers will be packing their bags for a trip across the Pacific.

Hunter said, in a normal year, qualifying would taking place in July, not June. With the event moved up one month, he mentioned it places everyone in a unique position when it comes to physical preparation.

“For myself, it’s been interesting coming out of the college season and finishing at NCAAs in the first week of April,” Hunter said. “I’ve been trying to enjoy my time in Ann Arbor with my teammates and preparing myself. I’m just going to take it where I am, be as prepared as possible ... and just let it rip and see what I’ve got.”

Hunter said success for him has already been defined by being able to go to Omaha.

“I don’t think I’m placing a lot of pressure on myself in terms of raw performance,” Hunter said. “I’m not necessarily planning on what time I want to go or who I need to beat or anything like that. Success at this meet will be defined for me by the enjoyment and gratitude I experience while there, kind of in a way of celebration of where swimming has taken me so far.”

Hunter will race in the 100-Meter Breaststroke on Saturday, June 5, at the Chi Health Center in Omaha, Nebraska. The Olympic Channel will air Wave I coverage.

“I’m just excited to go have fun,” Hunter said. “In the middle of the race, I’m just going to be focused on having fun and enjoying being there. I’m really excited to be able to go with my home club team; that’s really special to me. That’s going to be really fun to represent them. For as short of a race as it is, I’m going to try to enjoy every second.”