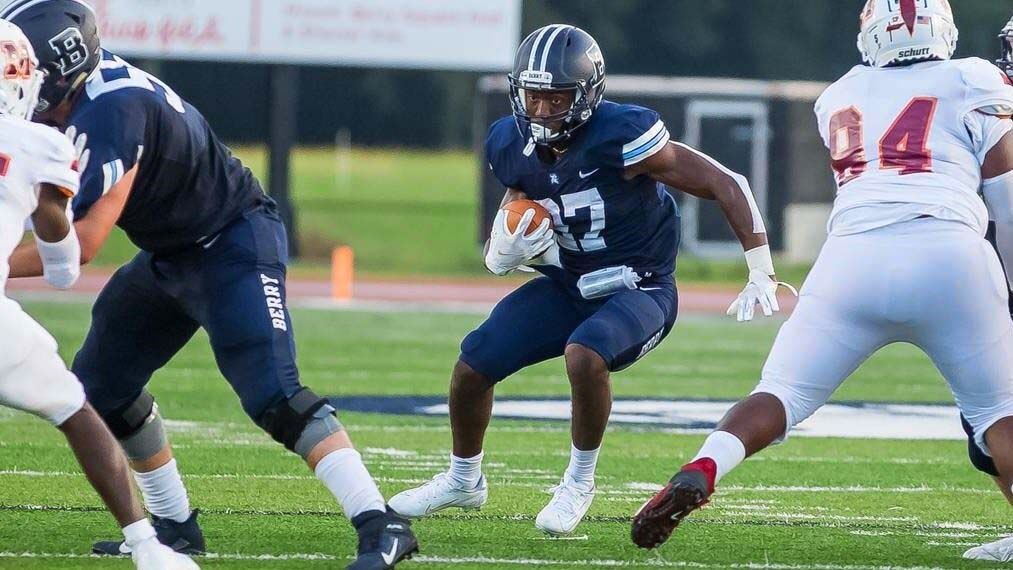 Berry’s Brandon Cade had 96 yards rushing and one touchdown in the Vikings’ win at LaGrange on Saturday.

Berry’s Brandon Cade had 96 yards rushing and one touchdown in the Vikings’ win at LaGrange on Saturday.

If the Berry football team was looking to improve offensively in its second outing of the young season, the Vikings did just that.

Thanks to a solid run game, one that rolled up 301 yards on the ground, Berry improved their record to 2-0 with a 34-21 non-conference win over host LaGrange.

Berry, which now turned its attention to a road showdown next week at No. 2-ranked Wisconsin-Whitewater on Saturday at 1 p.m., ended the day compiling 443 yards in total offense as the Vikes broke out to a 31-0 halftime lead and never looked back.

Freshman running back Brandon Cade led the rushing charge for Berry leading all ballcarriers with 96 yards on nine carries and scored a touchdown. Jackson Clouatre added another 58 yards on just nine carries, and Josh Rogers rushed for 57 yards on eight carries and had a TD.

Matthew Syverson added his foot to the scoring surge hitting a 32-yard field goal and converting all four extra points, while Christian Rivera also connected on a 23-yard FG.