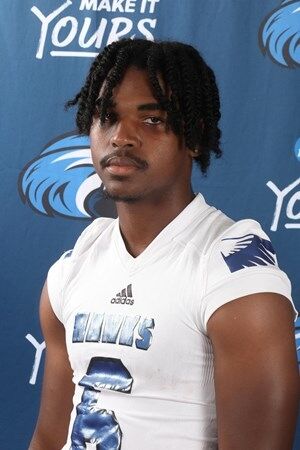 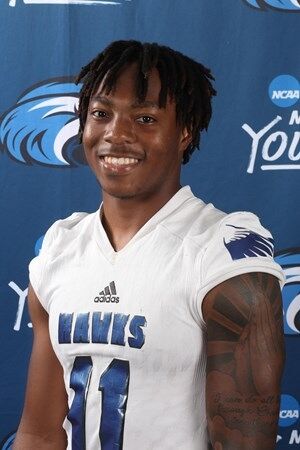 Shorter head coach Zach Morrison said his players have been extremely dedicated in putting in the work beforehand to make sure the 2021 season is a successful one, and on Saturday at Barron Stadium that preparation and grind paid dividends.

The Hawks got off to a great start to the 2021 season as they used a turnover-focused defense and a balanced offensive attack led by quarterback Aeneas Dennis and running back Jaiden Dollard to earn a convincing 38-14 victory on their home turf over Brevard.

Shorter’s defense forced two turnovers via interceptions and also recovered a muffed punt in the end zone for a touchdown while Dennis racked up 226 yards passing and 42 more on the ground and Dollard found the end zone three times on runs to tell the story of Saturday’s victory, which was the Hawks’ first season-opening win since they defeated Paine College 28-24 to kick off the 2014 season.

Morrison said he has seen how much his team has worked to turn things around for the Hawks’ program, especially the upperclassmen, and Saturday’s positive results were a product of that.

“I think about the seniors that have been here for three-plus years, more than 30 kids, and I’m so excited for them,” said Morrison, who is starting his third full season with the program. “I’m extremely proud of our effort and attitude today from the seniors all the way down. We’ve had almost all our kids here since July when they started voluntary workouts, and to start the season with a win shows how much they have done to be prepared. Our plan is to go 1-0 each week. To start 2021 with a big win is incredible.”

Shorter’s defense was stingy in the first half as it ended Brevard’s drives with four punts, an interception and an unsuccessful field goal attempt to keep the visitors off the scoreboard completely in the first two quarters. Linebacker Brenton Silvar had the pick for the Hawks late in the first quarter, which set up the Shorter offense for their second score of the game early in the second.

The Hawks got on the board first midway through the first quarter as Dollard broke free for a 14-yard touchdown run with 7:34 remaining in the period. Dollard once again found the end zone on a two-yard TD plunge that followed Silvar’s interception a few plays earlier.

Shorter scored three more points in the first half with those coming on a 29-yard field goal by Nick Pope to make it 17-0 as the teams headed to the locker room at the break. Pope finished the day 5-for-5 on extra points as well.

The Hawks came out in the third quarter and marched down the field on a four-plus minute drive that culminated in Dollard’s third touchdown run of the day, this time of the three-yard variety, to all but put the game away.

The Shorter offense didn’t stop there, however, as Dennis connected with Dorian Anderson for a six-yard touchdown pass midway through the third to put the Hawks up 31-0.

Shorter’s final touchdown of the day came from the special teams unit as Brevard muffed a punt that bounced into the end zone and was recovered by the Hawks’ Hunter Hodson for a touchdown in the fourth quarter.

“Our defense played a strong game today,” said Morrison. “We were able to get stops and turnovers. We had a couple big interceptions. We had a lot of guys play well on defense. I attribute that success to our players and defensive coaches and how prepared they were to play today. It’s a blessing to see their success and to be able to coach these kids.”

Brevard scored both their touchdowns in the second half after the game was no longer in doubt. The first came toward the end of the third quarter on a two-yard touchdown run by Dalton Cole to make it 31-7.

Following Hodson’s heroics to push the lead back out again for the Hawks midway through the fourth quarter, Brevard came up with the final score of the game in the final minute as Cole connected with Cedrick Brooks for a 16-yard touchdown pass.

Dennis led the totals offensively for Shorter with a great opening day that included a 22-of-27 passing effort for 226 yards and a touchdown as well as 42 yards rushing on six attempts.

“Aeneas has great vision and great intangibles,” said Morrison of his junior signal-caller. “Just his ability to throw and also be mobile really helped keep Brevard off-balance today. We’re excited about him and what he’s going to be able to do for us this season.”

Dollard added 47 yards rushing on 19 carries to go along with his three touchdowns, and Tyrell Owens contributed 32 on the ground. Dollard also had 26 yard receiving on four catches.

Kyle Morlock was the Hawks’ leading receiver for the day with 85 yards on two catches. The tall sophomore tight end had grabs of 45 and 40 yards.

Shorter will try to ride the momentum of their season-opening win into next week when they travel to Albany State for another non-conference matchup with kickoff set for 7 p.m. on Saturday.

“We’re happy with today, but we still have a lot of things to get better at,” said Morrison. “We’ve got to get better at the line of scrimmage, and we’ve just got to clean some things up overall. We’ll come back and go to work on Albany State next week. They are a good opponent so we have to come out prepared.”