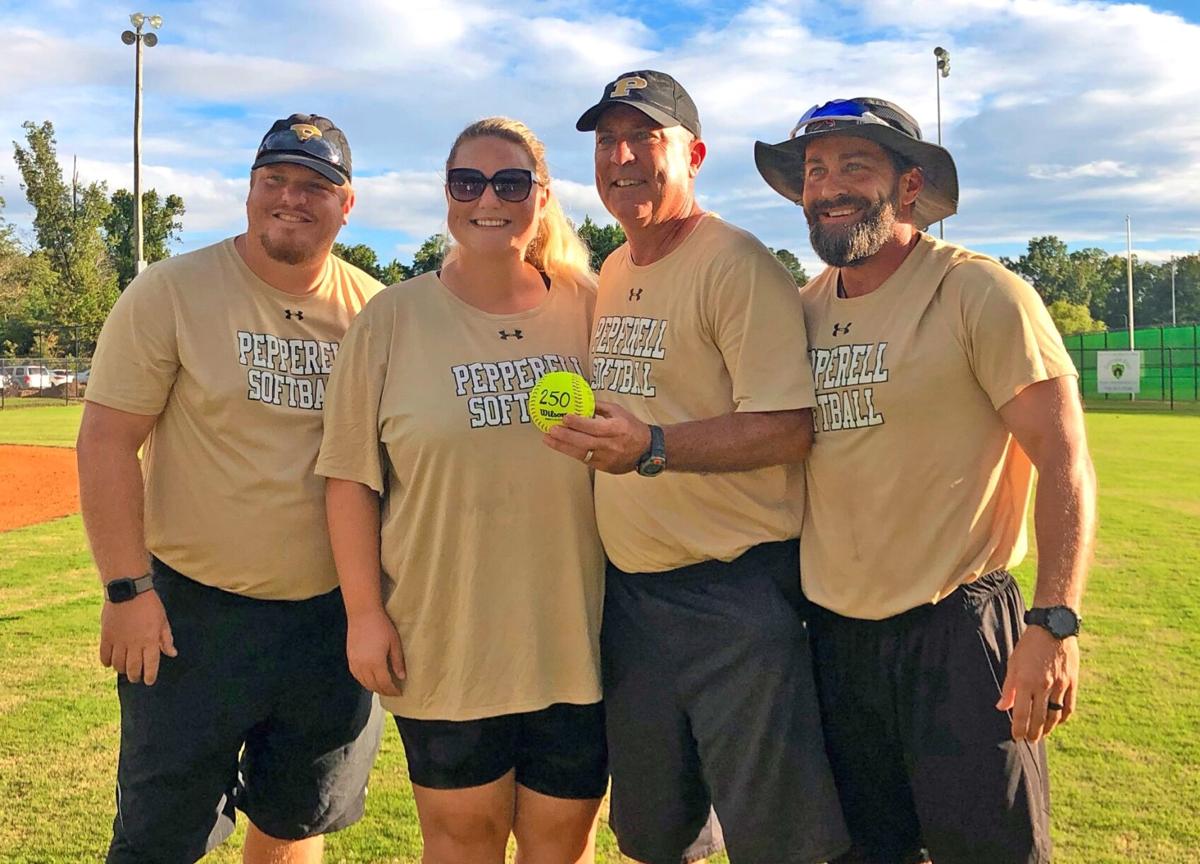 Pepperell veteran head coach Jeff Rickman reached a milestone on Thursday as his team broke out the bats in a big way to help him earn his 250th career win.

The Lady Dragons (8-5) racked up 13 hits and scored in six of seven innings to defeat non-region foe Murray County 9-2 on the road. Pepperell got on the board early with a run in the first and then added two in the second, one in the third, two in the fourth, one in the fifth and two in the seventh.

Leading the offensive firepower for Pepperell in the victory was Morgan Willingham, who finished 4-for-5 with a homer, a double and three RBIs. Chloe Stroud also had a big day at the plate with four hits and three runs scored, and Jolie Splendore was 2-for-3 with a double, an RBI, two runs scored and two stolen bases.

Morgan was also stellar in the circle for Pepperell as she earned the win by pitching a complete game, going all seven innings and allowing two runs on six hits while striking out 13.

The Lady Dragons, who have now won four games in a row, will be back on the field on Monday as they host Darlington in a non-region contest at 5 p.m. They step back into Region 7-AA play on Tuesday to host Model at 5 p.m.

The Lady Indians had several hits on Tuesday but couldn’t get enough of them with runners on to overcome Bowdon in a region road loss.

Armuchee (5-13-1, 1-4 in Region 6-A Public) scored in the top of the first to take a quick lead but were unable to push any more runs across as Bowdon took control with a three-run third followed by adding one insurance run in the fourth.

Izzy Espy had a nice day at the plate for the Lady Indians with three hits, including two doubles, and an RBI, and Kelsey Wooten also had a multi-hit day with two knocks. Kelsie Burkett and BryLeigh Pulliam rounded out the offensive production for Armuchee with a hit and a run scored and a hit, respectively.

Burkett took the loss despite a solid day pitching as she went six inning and gave up four runs (three earned) on eight hits while striking out four.

The Lady Indians are back in region action Saturday when at Mt. Zion for a 1 p.m. start.