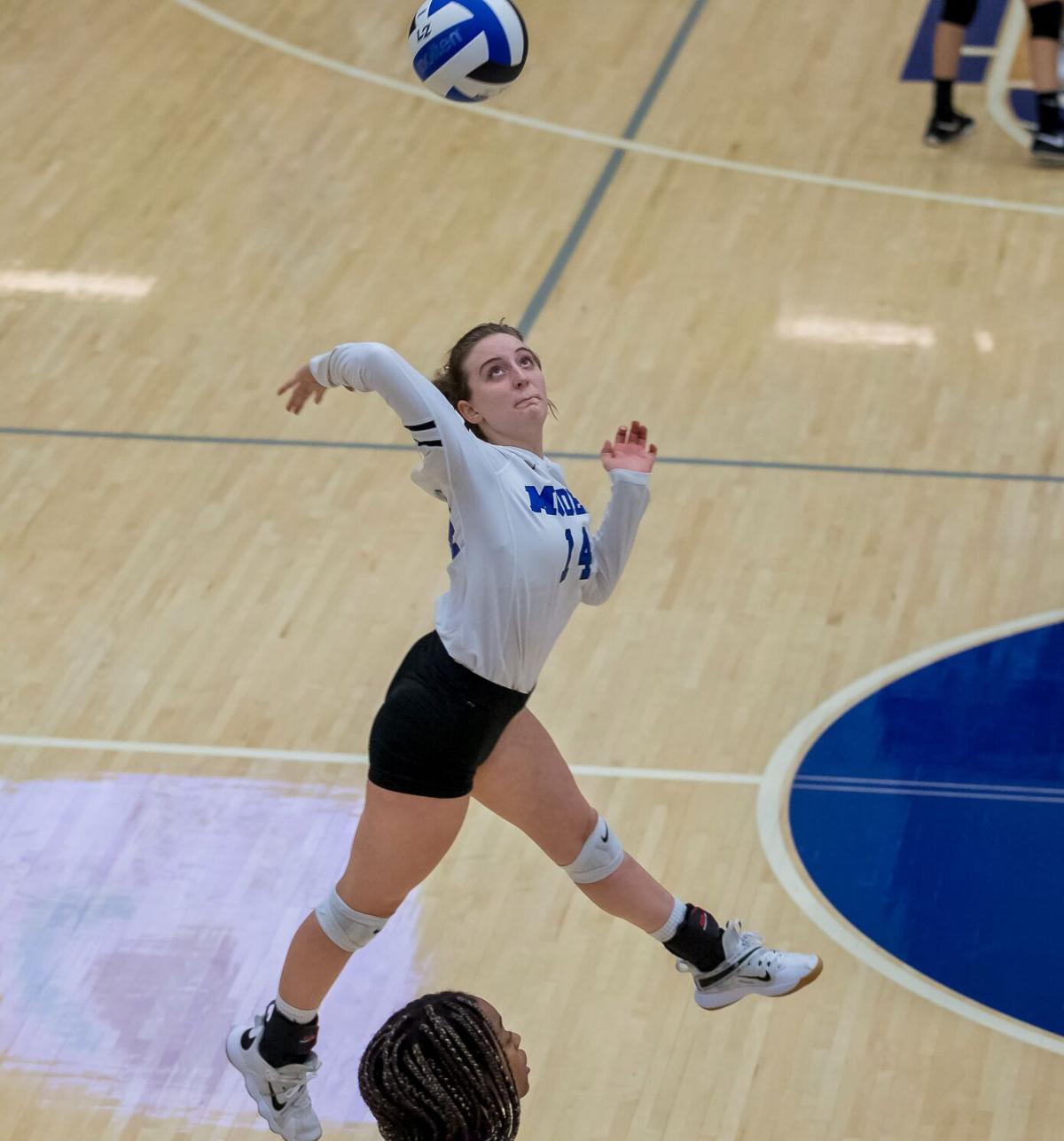 Model’s Larsen Johnson goes up for a kill during one of her team’s matches on Tuesday night. 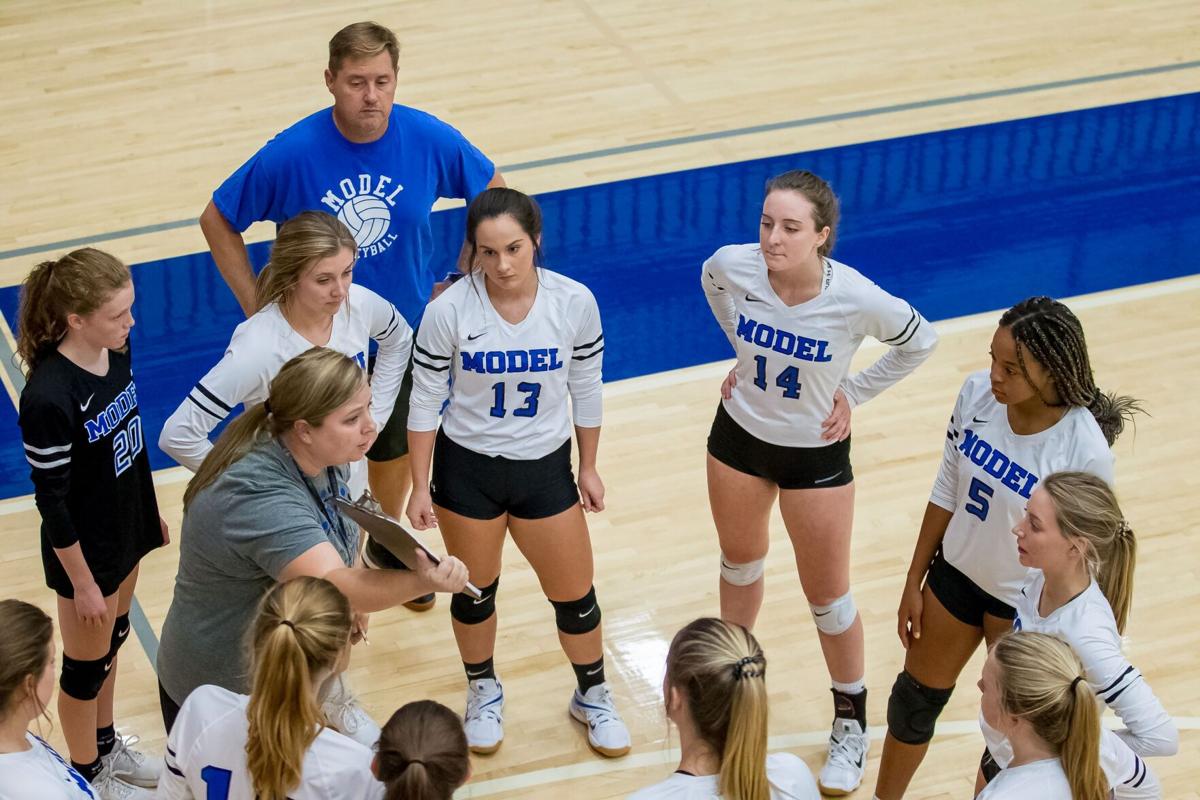 Above: Model coach Kendall Roberts talks to her team during a timeout in Tuesday’s tri-match against Coosa and Armuchee. Below: Model’s Larsen Johnson goes up for a kill. 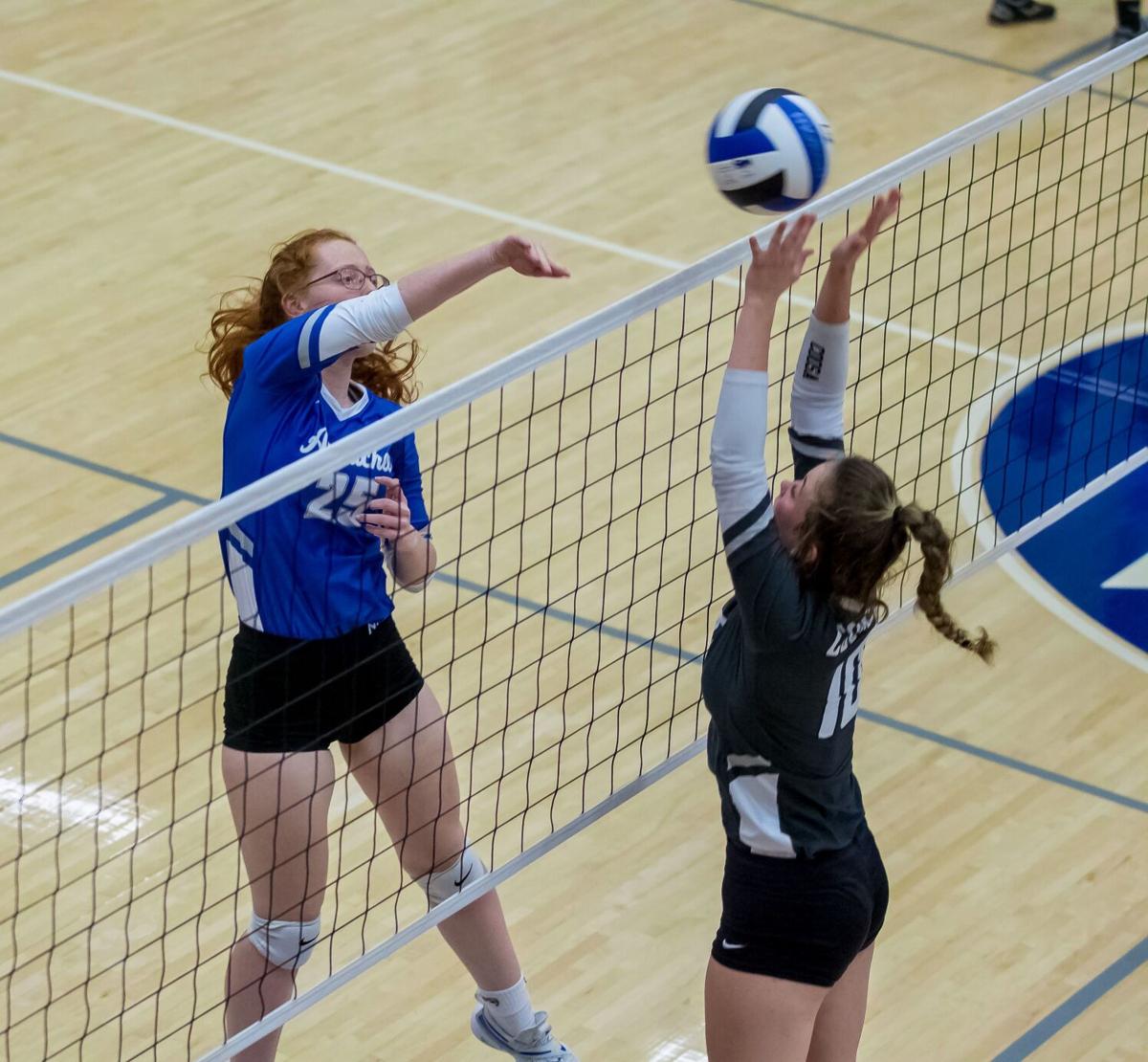 Armuchee’s Aubrie Cordle (left) attempts a kill as Coosa’s Heaven Stager gets in position for a block during Tuesday’s match.

Model’s Larsen Johnson goes up for a kill during one of her team’s matches on Tuesday night.

Above: Model coach Kendall Roberts talks to her team during a timeout in Tuesday’s tri-match against Coosa and Armuchee. Below: Model’s Larsen Johnson goes up for a kill.

Armuchee’s Aubrie Cordle (left) attempts a kill as Coosa’s Heaven Stager gets in position for a block during Tuesday’s match.

Bragging rights and important area wins were on the line on Tuesday night as three local rivals got together for a tri-match in Area 6-A/AA Public play at Model High, and it was the Lady Devils that came away as the big winners of the proceedings.

Model opened the tri-match with a convincing two-set win over Coosa 25-22, 25-9 and then closed out the night with a gutsy victory in three sets over rival Armuchee in an intense match that went back and forth with both teams making some huge plays before the Lady Devils were able to pull it out in a decisive third set.

Model head coach Kendall Roberts said Tuesday’s results were further proof of her team improving and focusing on what they need to do to have success after an up and down first half of the season.

“We kind of had a roller-coaster month of August with a lot of highs and lows,” said Roberts. “So the last few weeks we’ve really talked about consistency and doing the little things in order to get better. We’ve started keeping track of errors, really unforced errors that can be avoided, and I think that has helped them focus more on each player doing their job.”

“We’ve really come together as a team the last couple weeks, and I’m so proud of our girls and their effort tonight. Every one of them stepped up tonight and did what they were supposed to do.”

Leading the individual efforts in the stat column for Model, who has now won seven straight matches, in the pair of wins were Halle Williams with 14 kills and Larsen Johnson with 12 kills and 15 digs. Also playing a big part were Adalyn Willerson with eight kills, Tinley Sprayberry and Rachel Burkhalter with 12 assists apiece, Morgan Wood with 21 digs and Jenna Henderson with 13 digs.

Armuchee came away from the tri-match with a 1-1 night as they defeated Coosa 25-10, 25-21 in their first contest before the tough loss to Model which ended a 14-match winning streak. Lady Indians head coach Clint Decker said his team just didn’t have enough answers for Model’s impressive effort in the back-and-forth match.

“(Model) played with high energy from the get-go, and I though they just brought more energy than we did,” said Decker. “They’ve got some really good players, they served the ball well tonight and we had trouble receiving serves. That was the difference tonight.

“We’ve just got to keep thinking about controlling what we can control. We’ve got to come ready to practice hard tomorrow and get better. That’s all you can do is come back in focused (after a loss) and try to improve.”

The Lady Indians played without key player and defending Area 6-A/AA Public Player of the Year Carlee Poole for much of the night as the senior setter injured her ankle early in the match against Coosa and missed the rest of Tuesday’s action. Decker said Poole is day-to-day as they will see how quickly she can get back on the court.

Coosa dropped to 5-19 overall and 1-3 in area play with their two losses on Tuesday, but head coach Hannah Harmon said she was pleased with how her team fought until the end, especially in the final set against Armuchee.

“We want to work on us and not focus on the other side of the net,” said Harmon. “We’ve been struggling to finish and put it all together, but our girls battled tonight and showed some good things. We lost our libero last week so we’ve had to re-work everything. We’re still filling out our rotation and trying to get better. Our goal is to keep working toward being great in October when the matches mean the most.”

The teams are all back on the court on Thursday as Model travels to Gordon Central, Armuchee heads to Lindale for a tri-match against Pepperell and Cedartown and Coosa hosts Darlington and Northwest Whitfield. All of those matches start at 5 p.m.

Roberts said she wants to see her team keep their momentum going into the next match.