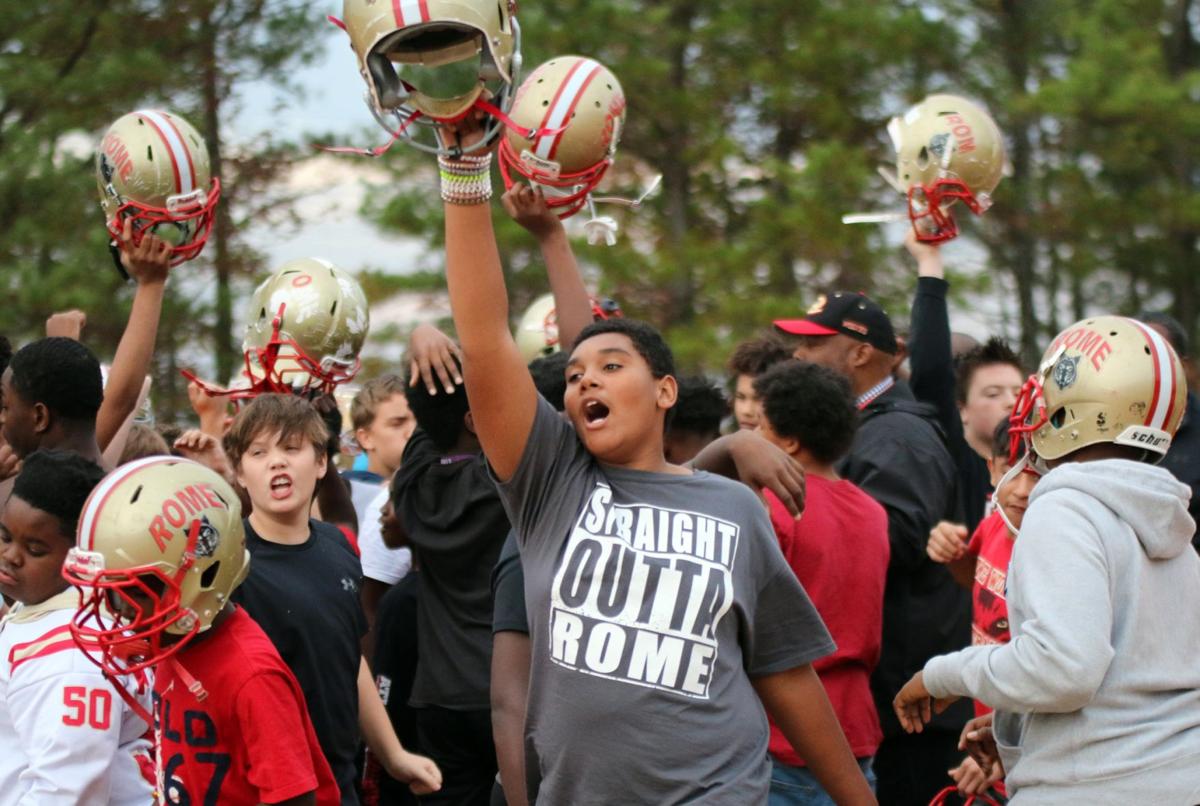 Rome Middle School seventh- and eight-grade football players yell as they are dismissed from practice Thursday evening. The school will send all three of its teams to Harrison High School on Saturday to compete for state championships. 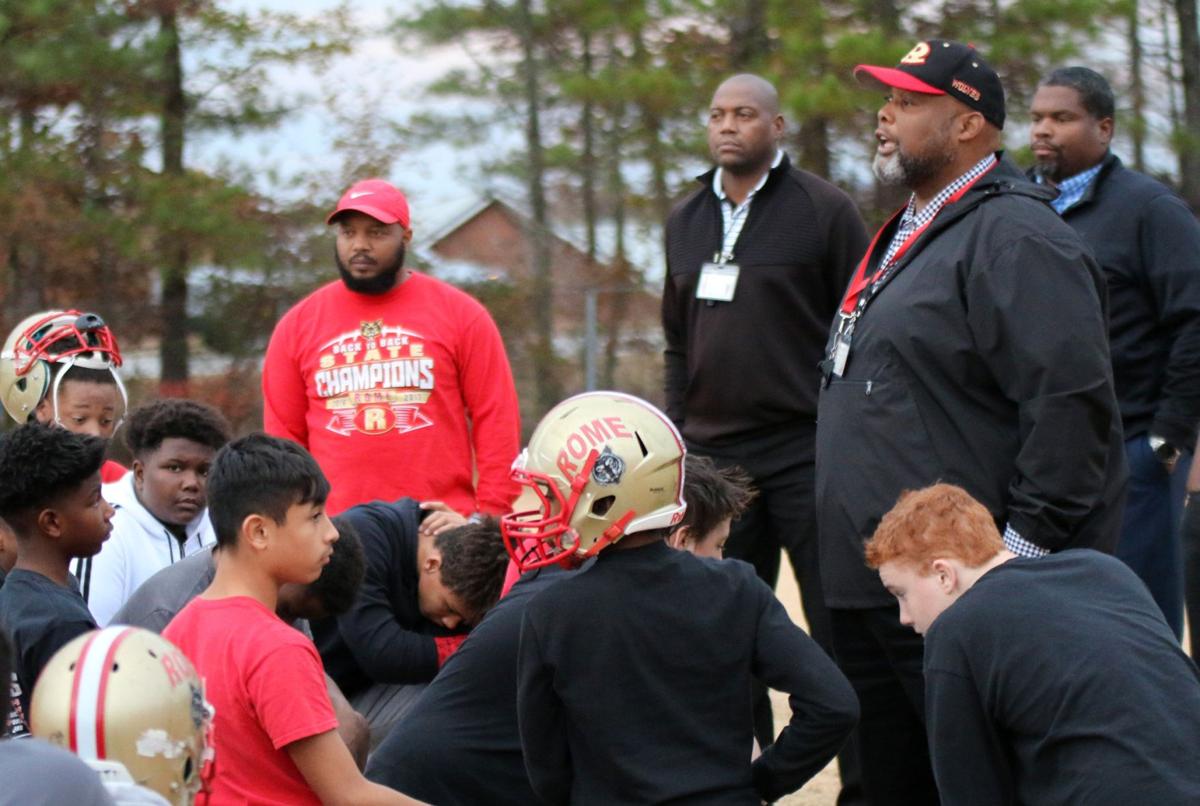 Rome Middle School seventh- and eight-grade football players yell as they are dismissed from practice Thursday evening. The school will send all three of its teams to Harrison High School on Saturday to compete for state championships.

With three middle school teams playing for a state championship this weekend, the future of the Rome High football program looks to be in good hands.

Following in the footsteps of their older counterparts who are making their way through the high school playoffs, Rome Middle School’s football players are hoping to bring some hardware back to Rome on Saturday.

Charles Smith, the head coach of the seventh- and eighth-grade teams who is set to be enshrined in the Rome-Floyd Sports Hall of Fame next year, said his teams are ready to battle for the championships.

“It’s very exciting,” Smith said. “These kids are used to winning, so they kind of expect to be here. It’s been a very positive week.”

The sixth-grade Wolves (10-0) will open the day with a matchup against Sprayberry (9-2) at 11 a.m. Rome finished first in Region 3, Class 6, easily rolling past its opponents while averaging 44.4 points per game and allowing only six points the entire season.

The team’s biggest win of the season was a 60-0 victory against Centennial.

The Rome team finished first in its region and was able to bounce back after a season-opening loss to McEachern to win its next 10 games and go 4-0 against region opponents.

The eighth-grade Wolves (9-2), which finished second in the region with a 3-1 record behind first-place East Paulding, closes out the day against Centennial (10-1) at 7 p.m.

The team opened the season with a 26-24 loss to McEachern, then won nine of its last 10 contests heading into Saturday’s championship game.