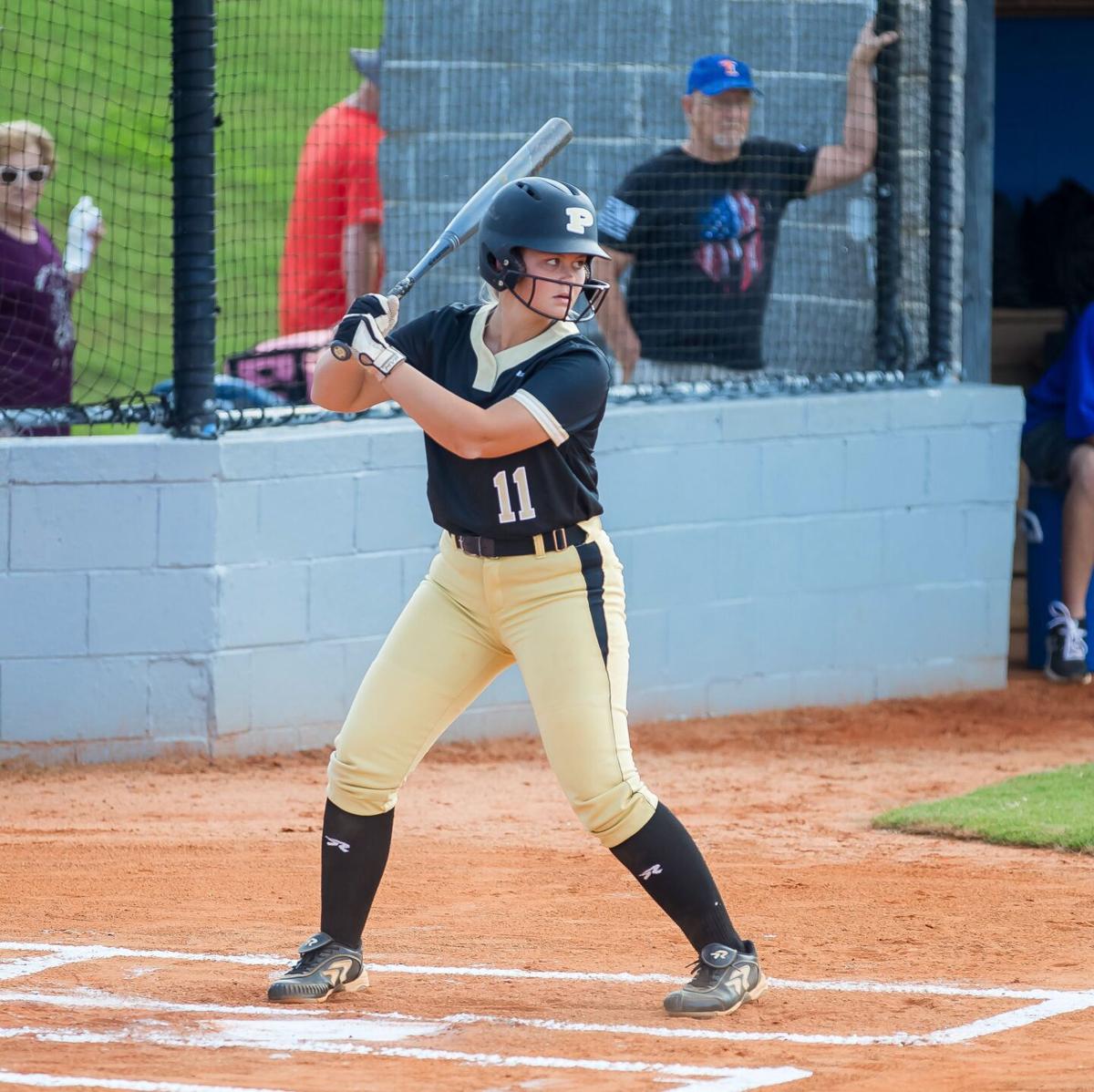 Pepperell's Chloe Jones stands in the box during Monday's game at Model in which she went 3-for-4 with seven RBIs. 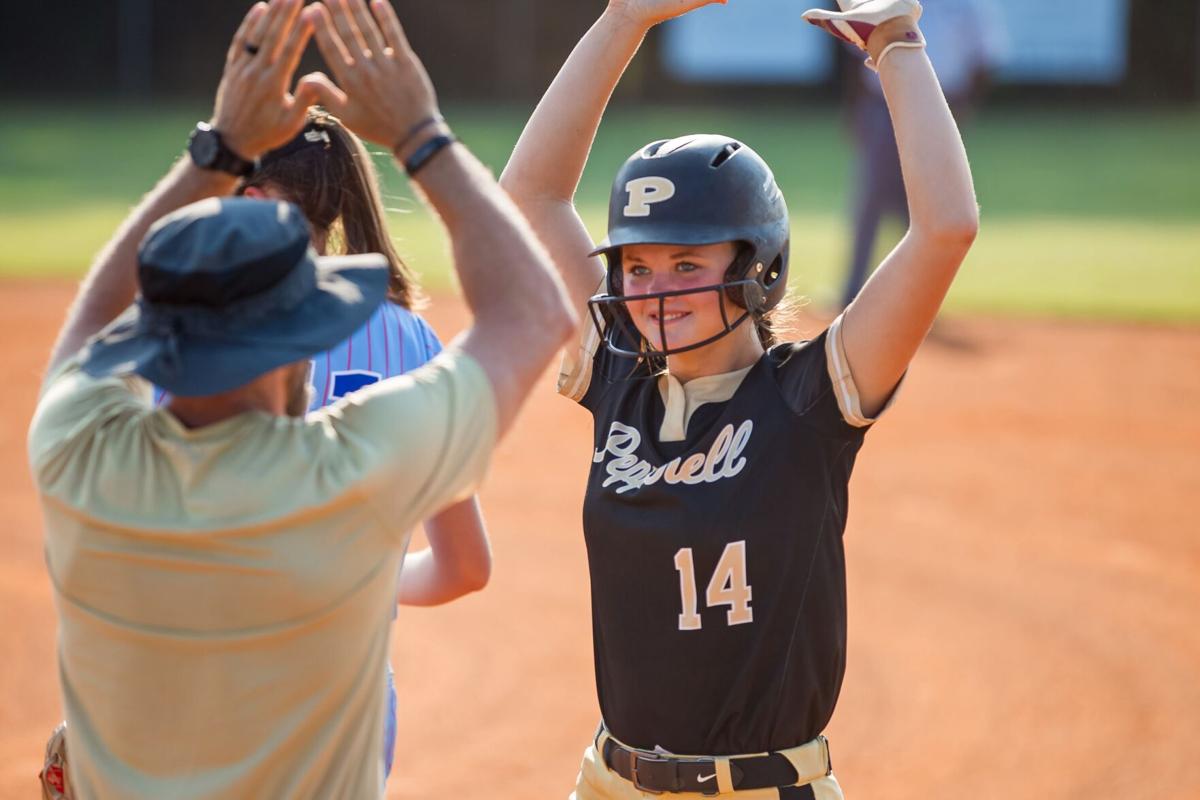 Above: Pepperell’s Morgan Willingham high-fives assistant coach Joe Agan after recording a hit in Monday’s game at Model. Below: Pepperell’s Caroline Morgan delivers a pitch to the plate. 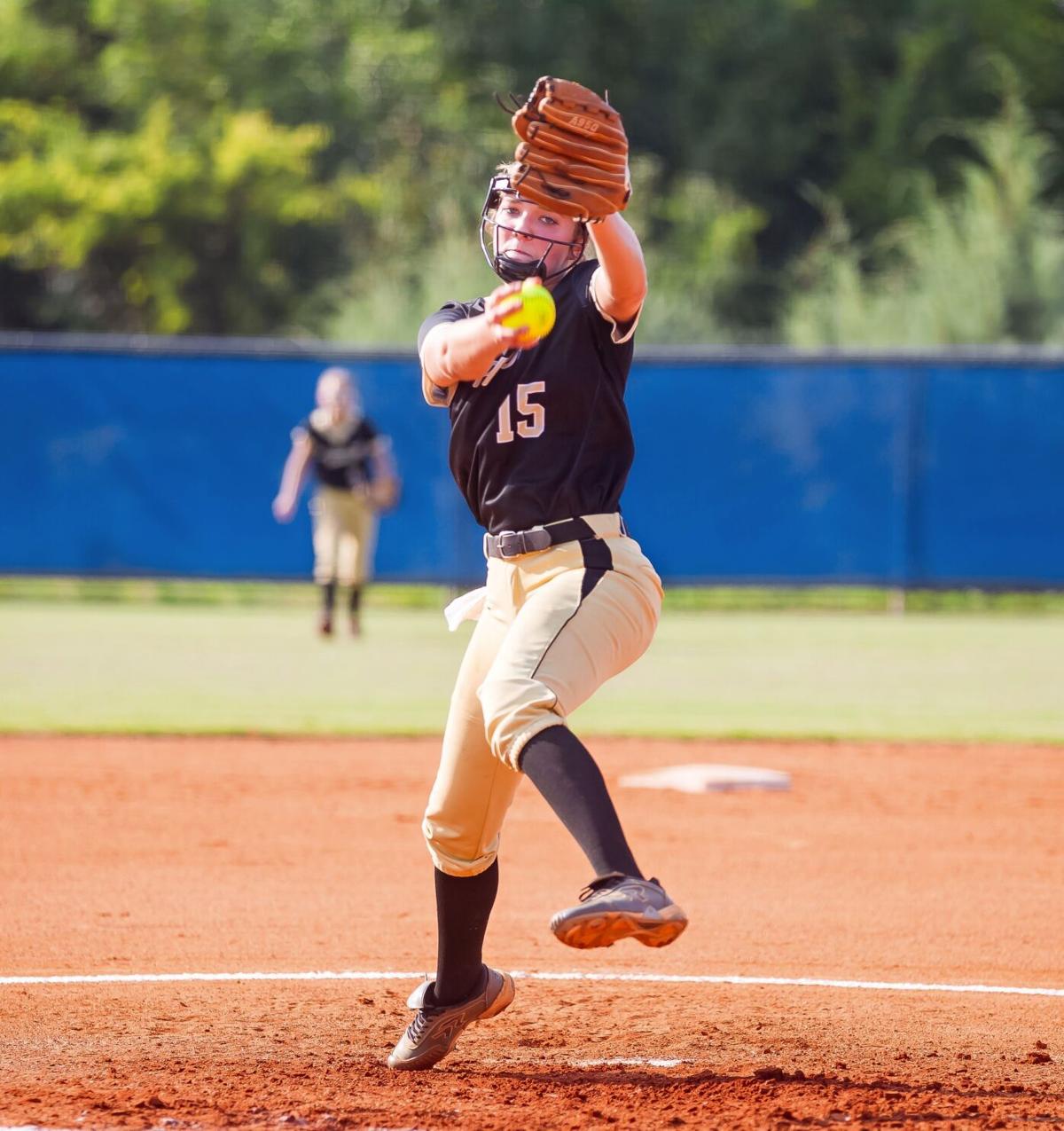 Pepperell’s Caroline Morgan delivers a pitch to the plate on Monday at Model.

Pepperell's Chloe Jones stands in the box during Monday's game at Model in which she went 3-for-4 with seven RBIs.

Above: Pepperell’s Morgan Willingham high-fives assistant coach Joe Agan after recording a hit in Monday’s game at Model. Below: Pepperell’s Caroline Morgan delivers a pitch to the plate.

Pepperell’s Caroline Morgan delivers a pitch to the plate on Monday at Model.

Pepperell has had a tough start to the region schedule, losing three games by a total of six runs, including two one-run losses. On Monday, their offense wasn’t going to take any chances with close scores.

The Lady Dragons scored nine runs in the first inning to set the tone and continued to add to their total while also getting a shutout effort in the circle by their starting pitcher Caroline Morgan as they earned dominant region road win 17-0 in four innings on Monday at Floyd County rival Model.

After the nine-run explosion in the top of the first, Pepperell (6-5, 1-3 in Region 7-AA) added two in the third and six more in the fourth as they racked up a total of 17 hits with all nine players in the lineup contributing knocks.

Pepperell head coach Jeff Rickman said he was very proud of the way his offense was able to put together the big first inning and give his team the confidence they needed for a much-needed region victory.

“We were aggressive from the start today,” said Rickman. “We put those runs on the board early, and I think that put some pressure on their defense. That really started the momentum, and we played well from start to finish today.

“We were really in need of a good win in the region to get things going in the right direction. We’ve lost two region games by one run so to win a game the way we did today was important for us. Our region is competitive from top to bottom, and anyone can beat anyone on a given day so to come out and set the tone early and finish it off the way we did was great.”

Morgan was stellar in the circle also as she got the early run support from her teammates and proceeded to shut down the offense for Model (1-6, 0-4 in 7-AA). She earned the win by pitching the shortened complete game of four innings, only allowing one hit and striking out nine.

“Caroline did exactly what she needed to do today after her offense gave her the lead…she worked ahead in the count to almost every batter and most of her pitches were working for her,” said Rickman. “She threw a great game.”

Model’s lone hit in the game came off the bat of Sadie Raughton. Julia Shinholster and Kinsley Coogler also reached base on walks. Madison Reaves came on in relief and pitched 2 2-3 innings and allowed three runs (one earned) on five hits.

Both teams were right back on the diamond on Tuesday for another region matchup as Pepperell was at home to host Gordon Central at 5 p.m. while Model hosted Fannin County at 5 p.m. The Lady Dragons continue their busy week on Thursday when they travel to Murray County for a non-region test at 5 p.m.; Model will host Chattooga on Thursday at 5 p.m.

In other prep softball action from Monday:

The Lady Indians’ offense built an early lead and added on runs in all four innings they came to the plate to defeat visiting non-region opponent Gordon Central on Monday afternoon.

Armuchee (5-12-1) scored three in the first to jump back into the lead after Gordon Central opened the game with two runs in the top of the inning, and then the Lady Indians continued to add insurance runs with two in the second, five in the third and six in the fourth to force the mercy rule after the top of the fifth.

Emily McBurnett was 3-for-3 with a double, an RBI and three runs scored, and Kelsey Wooten also had a three-hit day with two RBIs and two runs scored. Kenzie Osborn added two hits, including a double, and Sara Harris was 2-for-3 with three RBIs.

Harris also picked up the win in the circle by pitching five innings and allowing six runs (one earned) on seven hits while striking out three.

The Lady Indians were on the road on Tuesday to face region foe Bowdon at 5:30 p.m. and they travel to Mt. Zion on Thursday for another 6-A Public contest at 5:30 p.m.