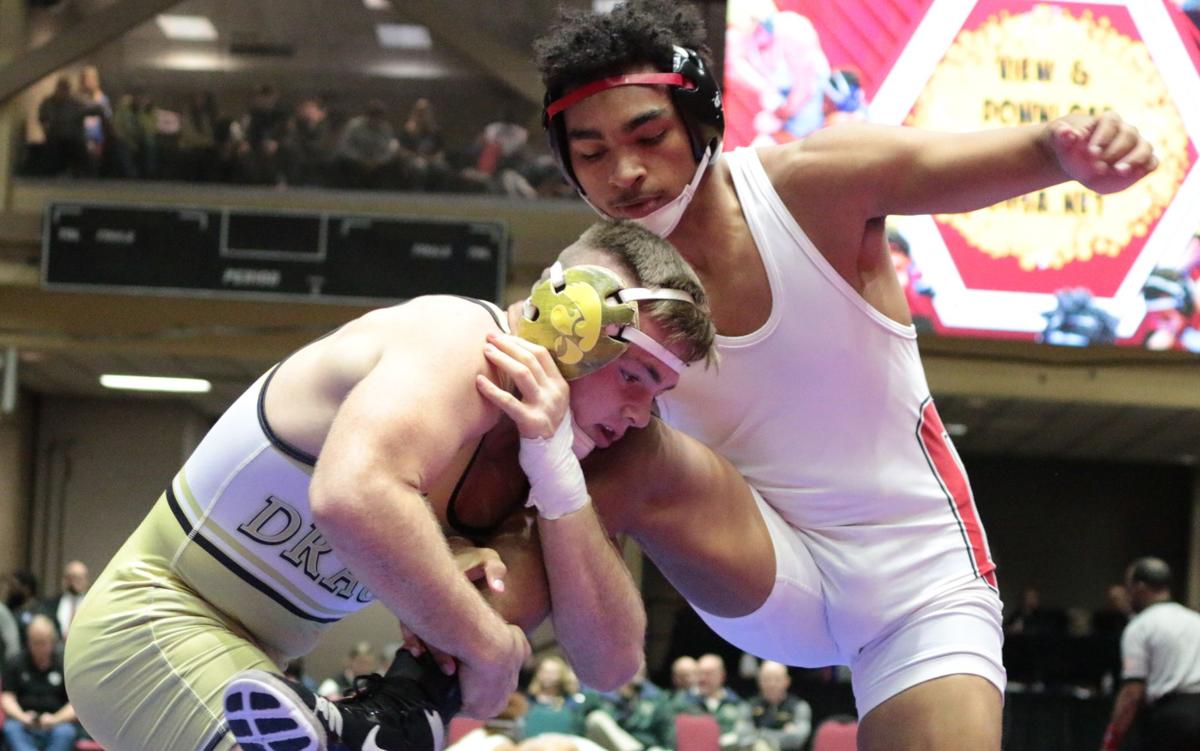 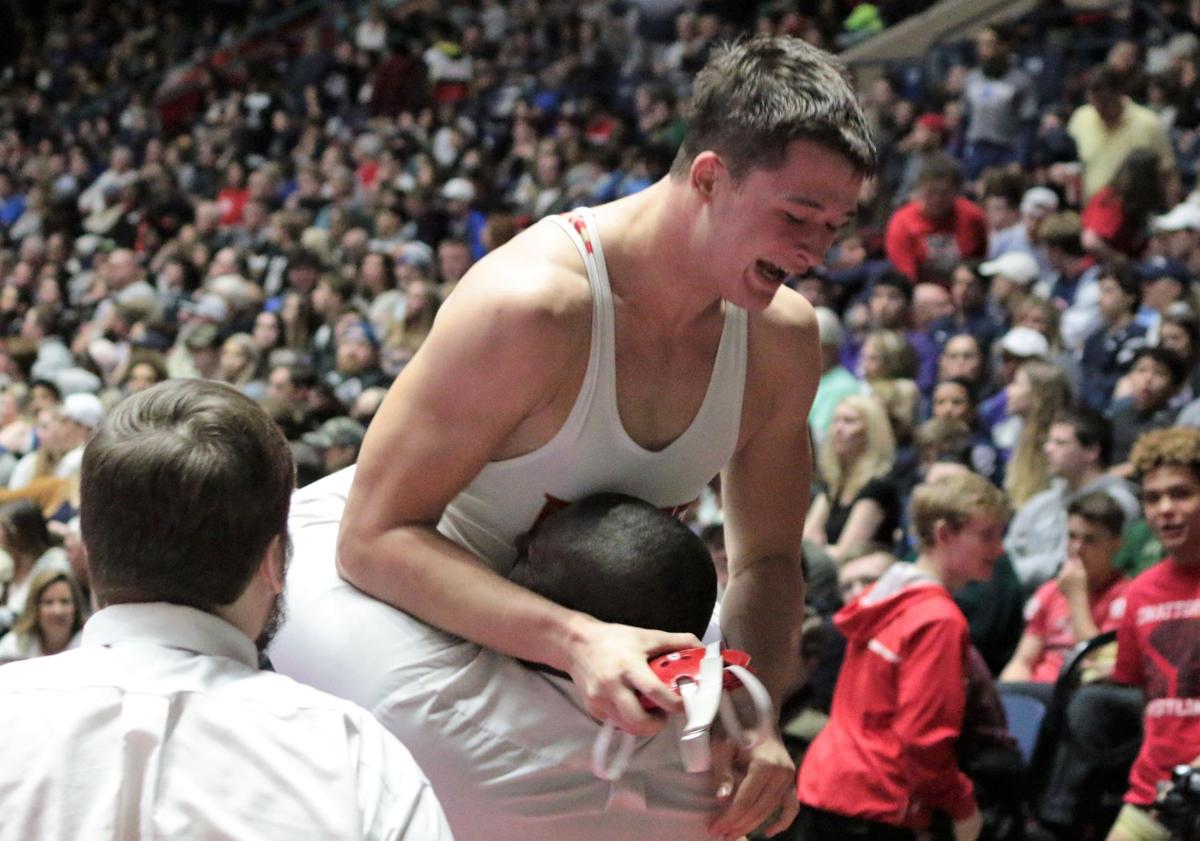 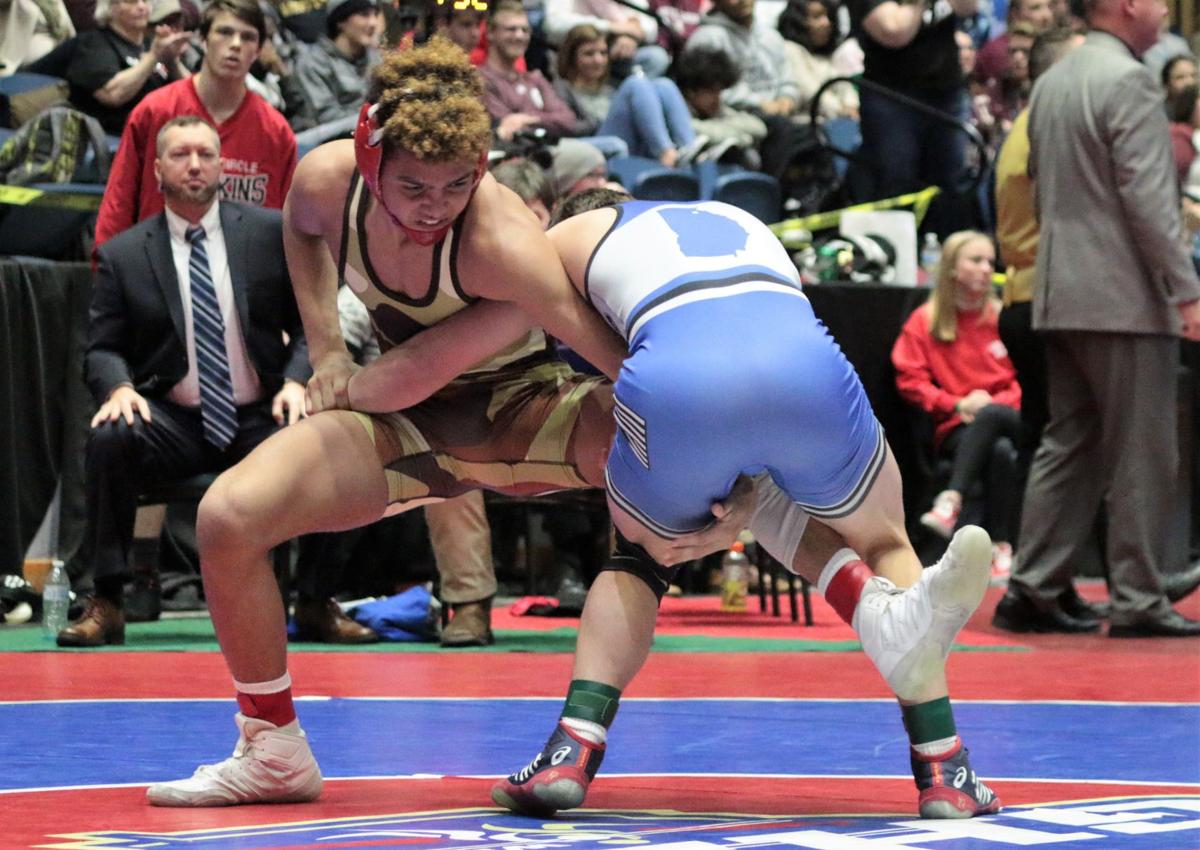 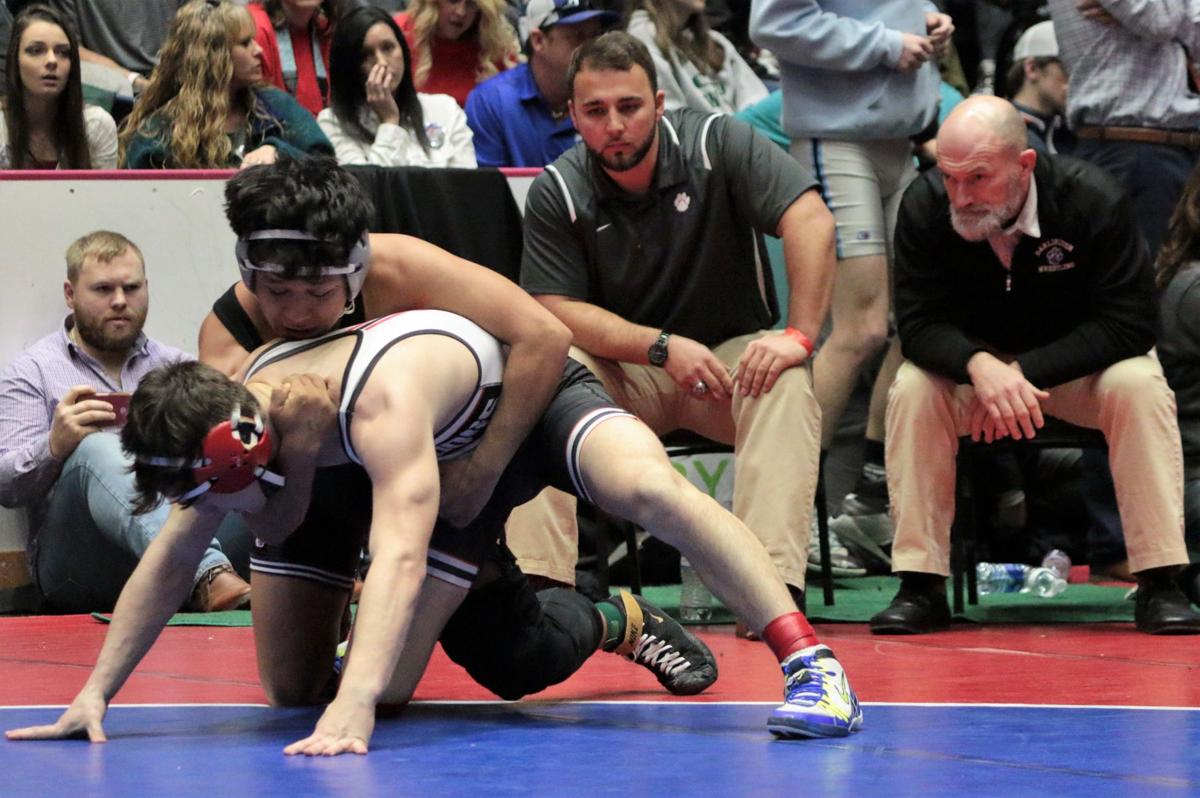 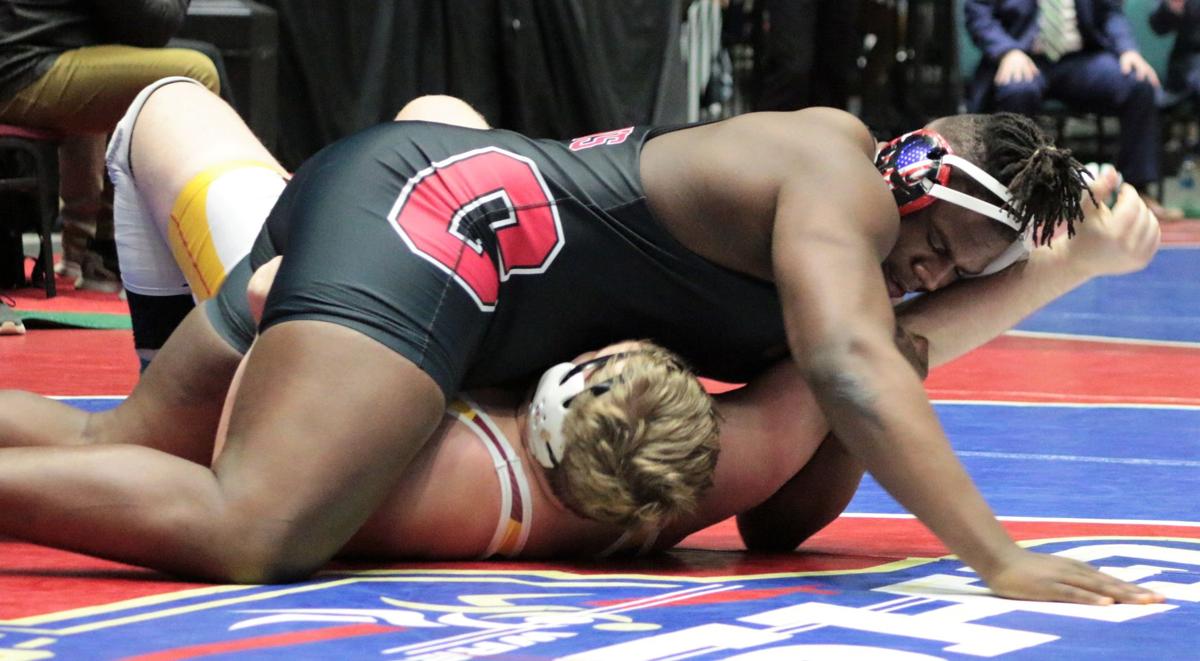 MACON — There were some new local faces on top of the podium at this year’s the GHSA Traditional State Wrestling Championships, but there were also some repeat winners who helped provide the icing on the cake for one area program.

Seven wrestlers from Rome area schools won individual state championships Saturday at the Macon Centreplex, five of which wore the red and black of Chattooga and made sure the Indians dominated the Class AA team points race to add a traditional state title to the squad’s duals state title it won last month.

Chattooga finished with 190.5 points at the end of the three-day competition, with Oglethorpe County coming in a distant second with 117.5 points. All nine of the Indians’ wrestlers that qualified for the tournament placed in at least the top five of their division.

Already with a sizable lead of 53 points heading into the final day, Chattooga had wrestlers achieve some impressive goals while putting on some exciting performances. Heavyweight Luis Medina put the exclamation point on the Indians’ day by winning the 285-pound title by fall only 27 seconds into the first period.

“It was amazing. We came into the finals knowing that we had the team race pretty much in hand, and we told the guys that they had already done what they needed to for the team, now lets do it for yourself,” Chattooga coach Brian Beasley said. “They had individual goals on top of their team goals, and what a way to cap it off right there at the end. I mean, we would have loved to have had seven champs, but we had five, and Luis ending it with a pin was pretty exciting.”

Griffin Jarrett wrapped up his career at Chattooga by winning his fourth straight state title when he defeated Spencer’s Malik Hardy in the 113-pound final. The feat puts him in an elite club only a few dozen Georgia high school wrestlers have accomplished.

Medina and Alex Mears both won their second state titles on Saturday, with Mears getting revenge in the 220-pound finals as he defeated Bremen’s Jacob Stephens 10-5 after losing to him in the state sectional finals last weekend.

Medina’s brief bout at 285 was against Dade County’s Ian Howell, who he defeated for the Area 5-AA championship two weeks ago and took advantage of an early mistake to get Howell down. Mason Sterner took first for Chattooga as well with a 5-1 decision in the 145-pound title match.

“A lot of these kids have been with the program since they were little or in middle school. They’ve been working their butts off, and this is the ultimate goal,” Beasley said. “It’s pretty cool.”

Rome High’s Bryant Wilkinson and Pepperell’s Drake Miller made sure Floyd County didn’t go without a state champion this year, as Wilkinson used a last second move to win the Class 5A 195-pound title and Miller strategically out-dueled Chattooga’s Jakoby Cottrell for a 12-5 decision at 145 pounds in Class AA.

“I was a little less nervous than I was in the semis, because it is the unknown in the semis. I had never wrestled that kid,” Miller said. “I knew what it would take to win in the finals. I knew he was dangerous on bottom so I was just taking him down and cutting him, trying to get as many takedowns as I could.”

Miller, who finished in third place his freshman and sophomore seasons, says he excited about the possibility of coming back next year as a senior and going for two.

“I wanted to set myself apart from many of the other elite wrestlers we’ve had at Pepperell. We’ve only had one or two other two-time state champs, and I felt that I was good enough to make it so I wanted to go get it this year,” he said.

Wilkinson was in a tight battle with Veterans’ Austin Suess for most of his championship match, with a penalty point tying the score at two apiece in the third period. But Suess got his leg too far underneath, and Wilkinson was able to hook it and turn a reversal for two points in the final seconds.

“I knew he liked to take shots from a distance, so I had to sprawl as soon as I saw him take one. Once I got up, I tried to just keep my position on top,” said Wilkinson, who is Rome’s first state champion since Elijah Kerr-Brown in 2015. “It’s so big. I’ve been waiting for this since elementary school.”

Darlington’s Luke McDurmon and Alex Cordero made it to the Class A finals on Saturday and fought to try and bring a title home for the Tigers but came up short.

Trion senior Lincoln Maddux tried to end his career with another state title but lost a nail-biter at 152 pounds to Pinecrest Academy’s Joseph Metz, 4-3.

The Bulldogs started Saturday with a slight lead in the Class A team standings over Commerce but finished it trailing the Tigers by 1.5 points — 159-157.5.