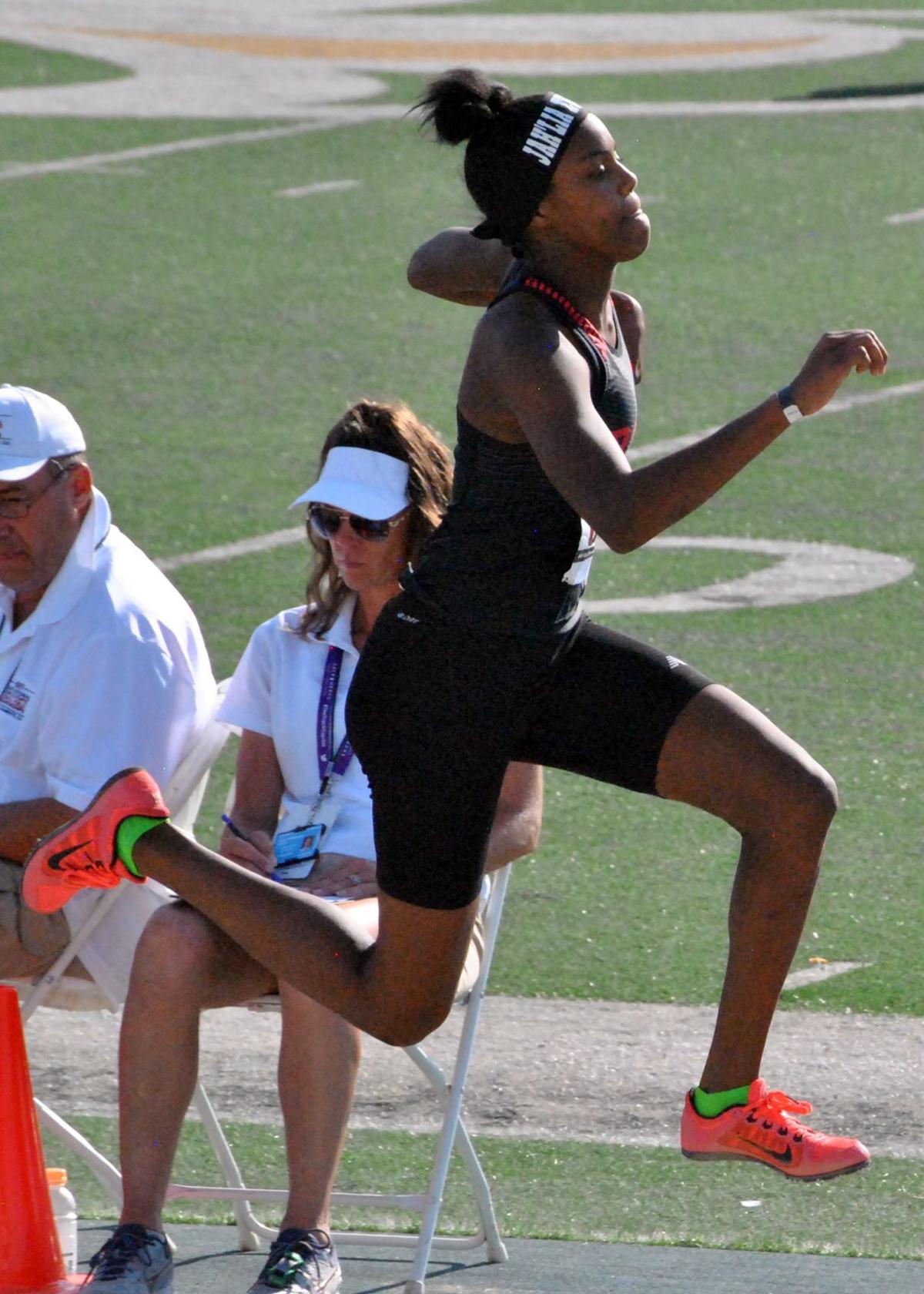 Jah’Lia Evans starts an approach for one of her attempts in the 15-16 girls’ triple jump Thursday at the USATF National Junior Olympic Track & Field Championships in Sacramento, Calif. 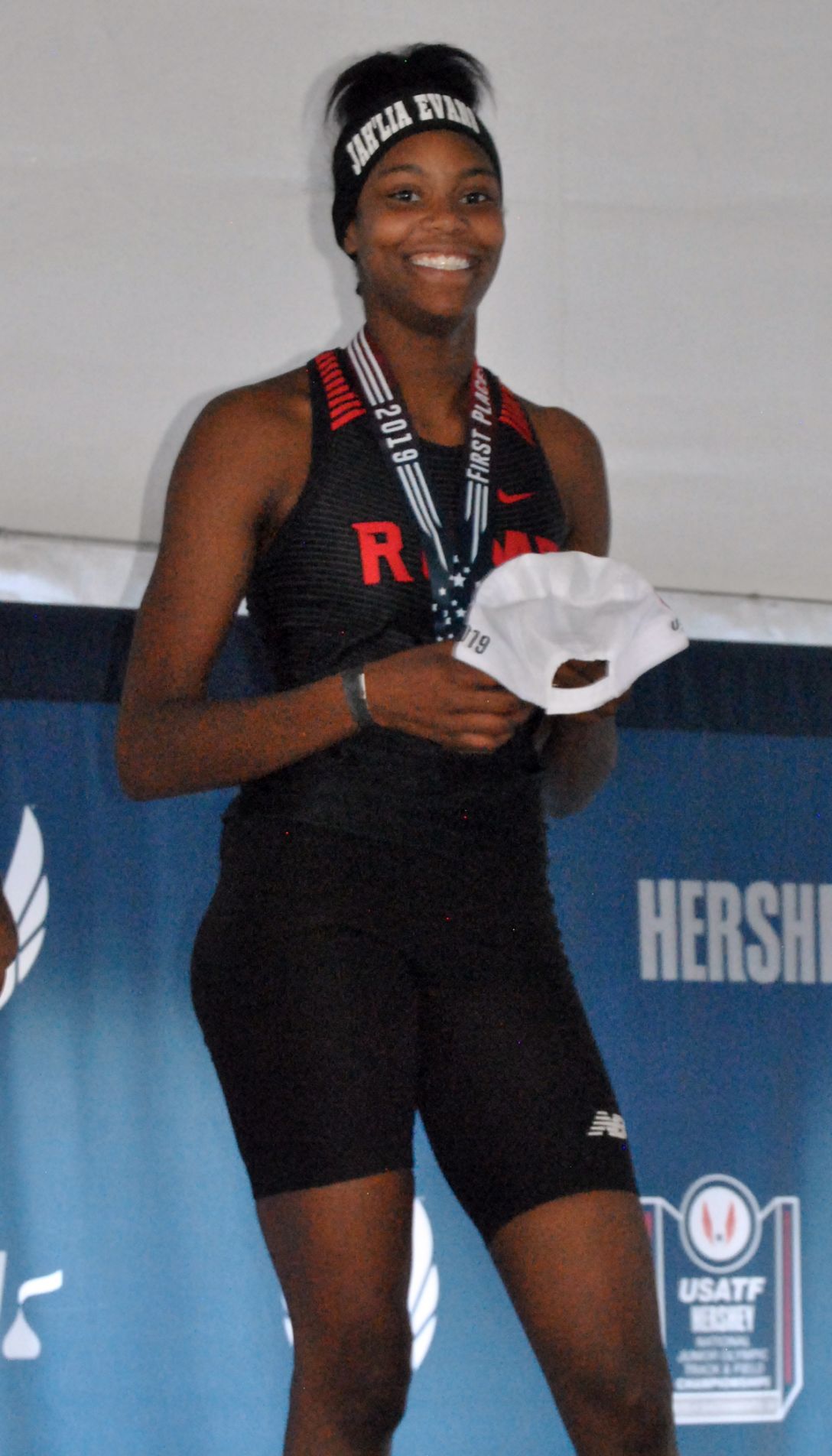 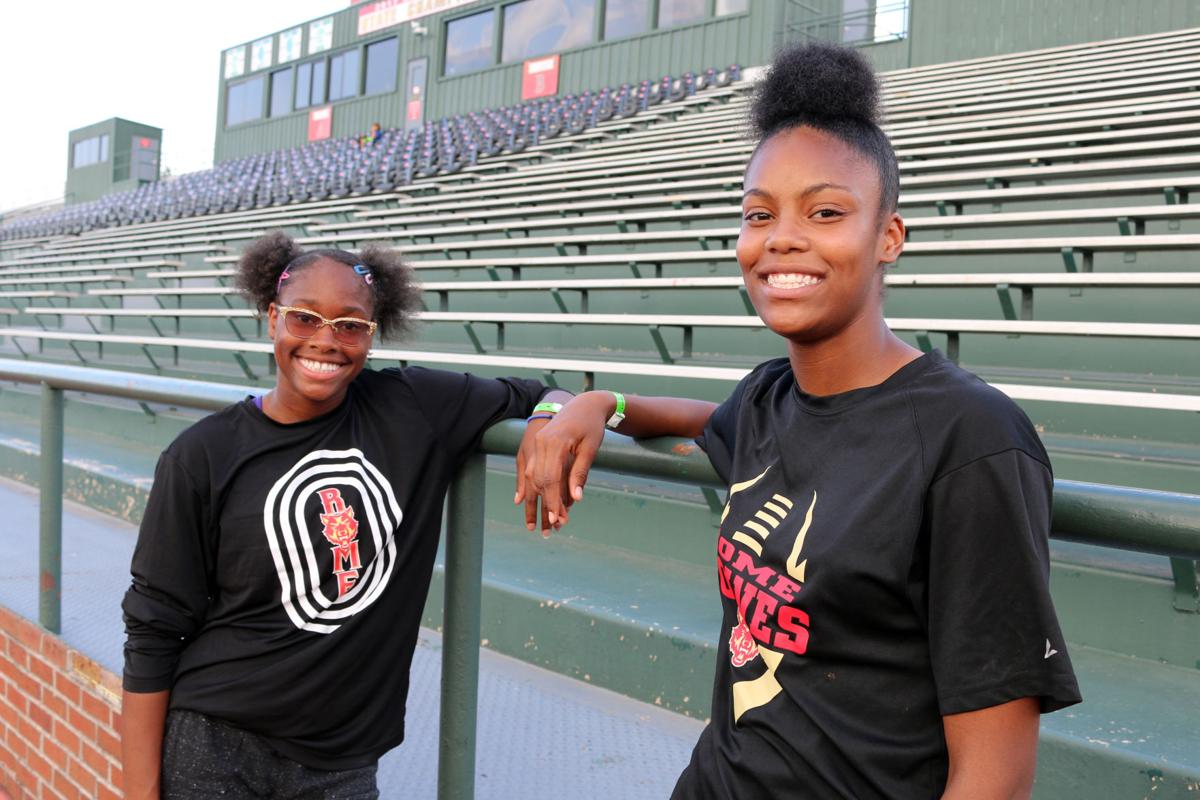 Jah’Lia Evans starts an approach for one of her attempts in the 15-16 girls’ triple jump Thursday at the USATF National Junior Olympic Track & Field Championships in Sacramento, Calif.

Just four months after she began competing in the event, Rome’s Jah’Lia Evans can now call herself a national triple jump champion.

Evans cleared a distance of 11.94 meters — 39 feet, 2¼ inches — on her third attempt in event and the mark stood after four flights.

Rome High track and field coach Nick Bridges said the path Evans has taken to get to this point has blown him away.

“She has a goal of 40 feet. She wants to become a lawyer and plans to use track and field to make that happen,” Bridges said. “You have a young lady who is starting to become more level-headed and has tremendous athletic ability.”

Evans, who also is competing in the 15-16 girls’ 100-meter hurdles at nationals, had never actively competed in the triple jump until April when she was a last-minute substitution at the Floyd County Invitational.

Since then she has won Georgia High School Association Region 7-5A and Class 5A state girls’ triple jump titles, the USATF Georgia and regional championships, and set the Rome High School record in the event.

Evans posted a time of 15.56 seconds in the preliminaries of the 100 hurdles earlier Thursday and will run in the second of three heats of the semifinals Saturday afternoon.

Her teammate, Ja’Taria Jackson, is also at the national championships and ran in the preliminaries of the women’s 17-18 100-meter dash on Thursday.

She ran a 12.81 to put her outside of qualifying for the next round.

“Ja’Taria was going to have to run her absolute best race ever to advance, but you’re going to going up against the best in the nation,” Bridges said. “There will be girls who run in that event who will go to the Olympics, no question.”

All of the Rome girls’ events were live streamed on the scoreboard video screen at Barron Stadium on Thursday with Bridges joined by family members as well as Rome City Schools administration, including Superintendent Lou Byars.

“It was really cool,” Bridges said. “Our community did a fantastic job rallying behind our kids, but the school board and the entire administration was great at showing support for our kids all the way. I’m thankful for all the support we’ve got.”