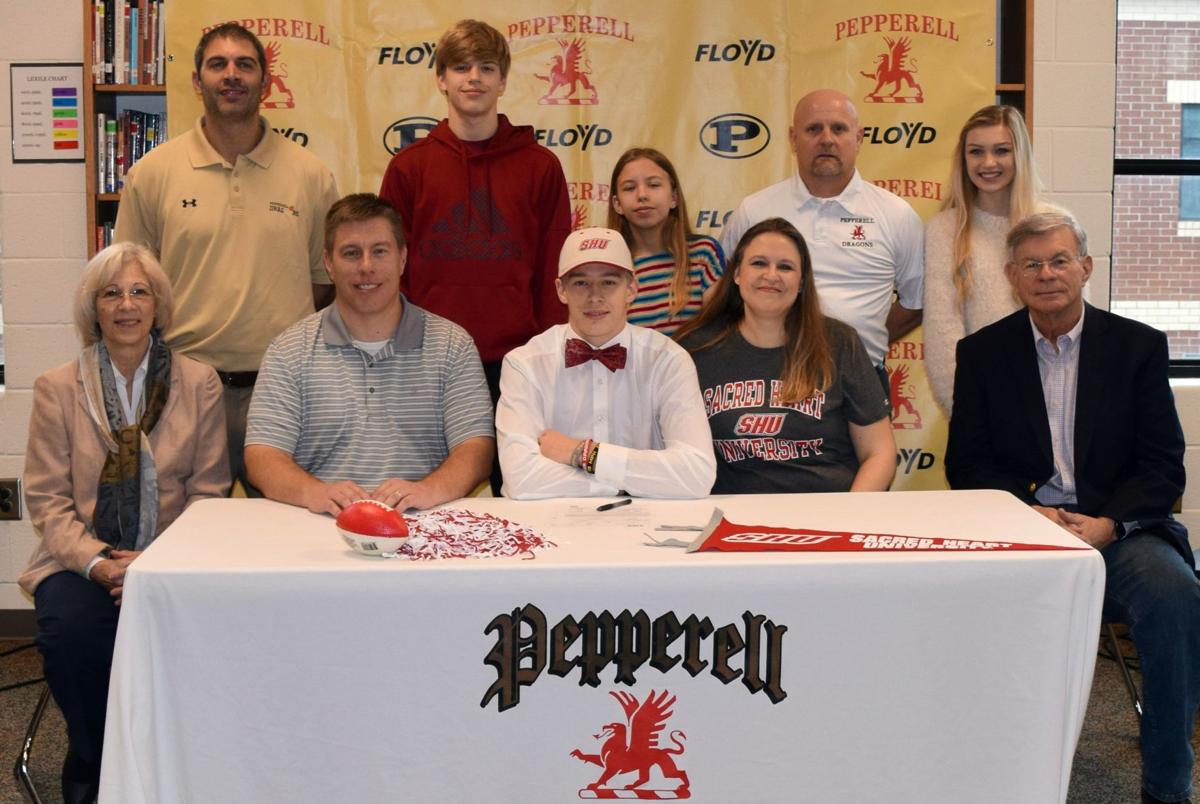 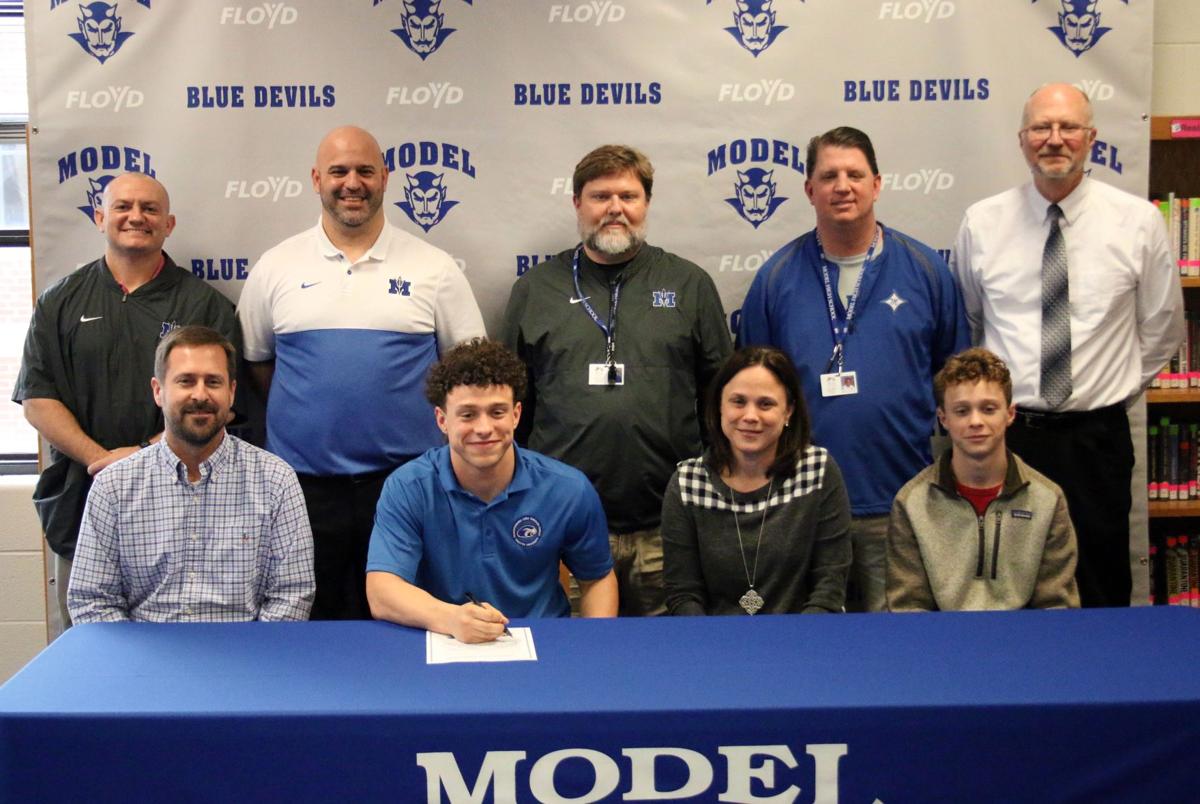 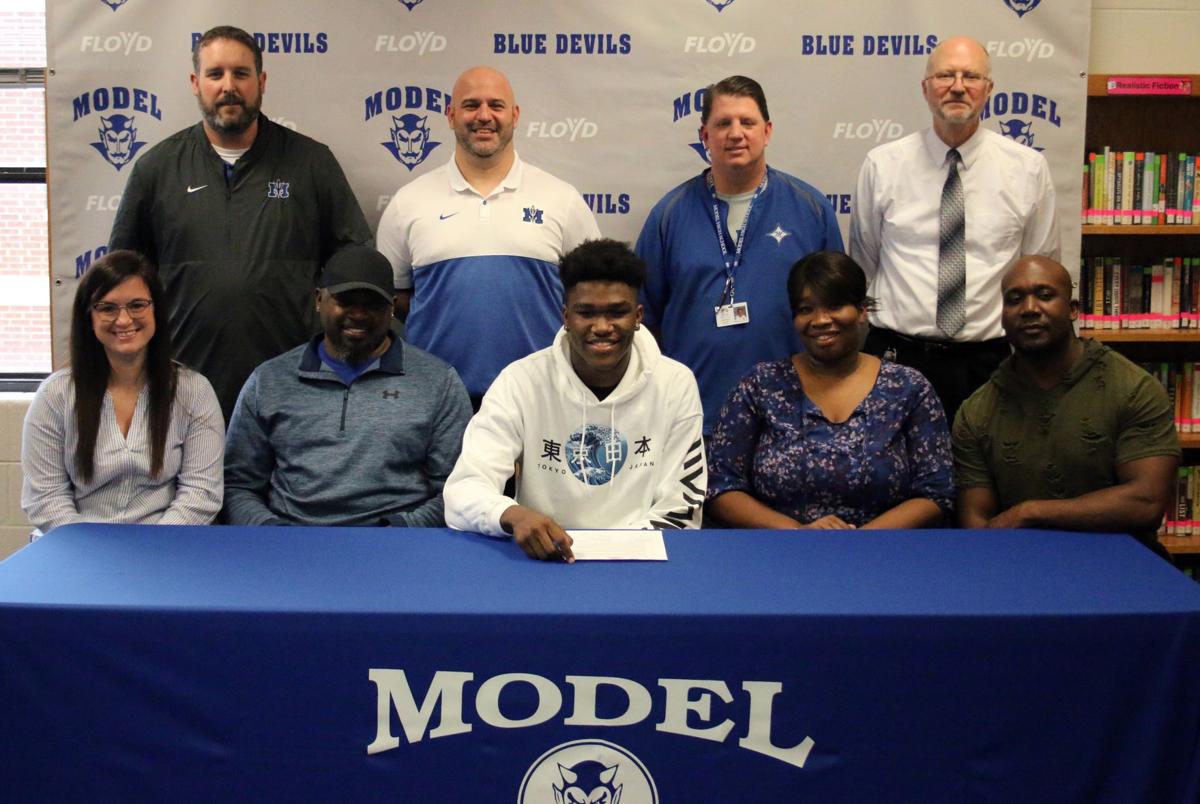 Offers had come in for Pepperell’s Payton Rhoades during his senior season with the Dragons. Then a school popped up on his radar that changed his perspective.

And after taking his official visit just a couple weeks ago to Sacred Heart University in Fairfield, Connecticut, the receiver and all-around athlete said he was sold.

“To me, it was just something different compared to anywhere else I visited,” Rhoades said. “It was a hard decision for me, but as soon as I left the campus and came back to Georgia I was pretty sure I had my mind made up. They were great to me and just where I wanted to go.”

Rhoades signed his National Letter of Intent to play for the Pioneers on Wednesday as part of National Signing Day, capping off a strong career with the Dragons.

Across town at Model High School, the Blue Devils’ Drew Tanner and Jabari Burge celebrated with their families and coaches as they signed with schools as well.

Tanner, a linebacker, will join the program at Shorter University, while Burge, who has played linebacker and quarterback in his time at Model, is heading to Kentucky to play for NAIA school University of the Cumberlands.

Rhoades had an average of 15.6 yards per reception last season for a total of 702 yards and six touchdowns while also playing defensive back and punting. While he had gotten offers from Division II schools, Sacred Heart offered him the opportunity to play Division I in the Football Championship Subdivision.

“One of the other big reasons I wanted to go up there is it is a new experience for me. I’ve basically lived in the South my entire life,” Rhoades said. “They are about 40 minutes from New York City and a complete culture change. It’s something I’ve always wanted to experience, and football has given me the chance to do what is a once-in-a-lifetime type deal.”

Tanner didn’t have to look far to find a place that he says he felt he could fit into with Shorter head coach Zach Morrison making an impression on him.

“Coach Morrison, he’s really nice. He’s one of the nicest guys I’ve ever met,” Tanner said. “And, you know, I just felt that he believed in me, and he thought I could go there and do good.”

Tanner had 72 tackles in his senior season, including 12 tackles for loss, three sacks and two interceptions, using his speed and agility to make an impact. He said his experience helping bring Model’s program back from tough times will benefit him when he suits up for the Hawks, who won just one game last season.

“I know I’m going to give it everything I have,” Tanner said. “We had some rough seasons at Model, and this season we had a better season. So I’m used to having a rebuilding attitude. I’m just ready.”