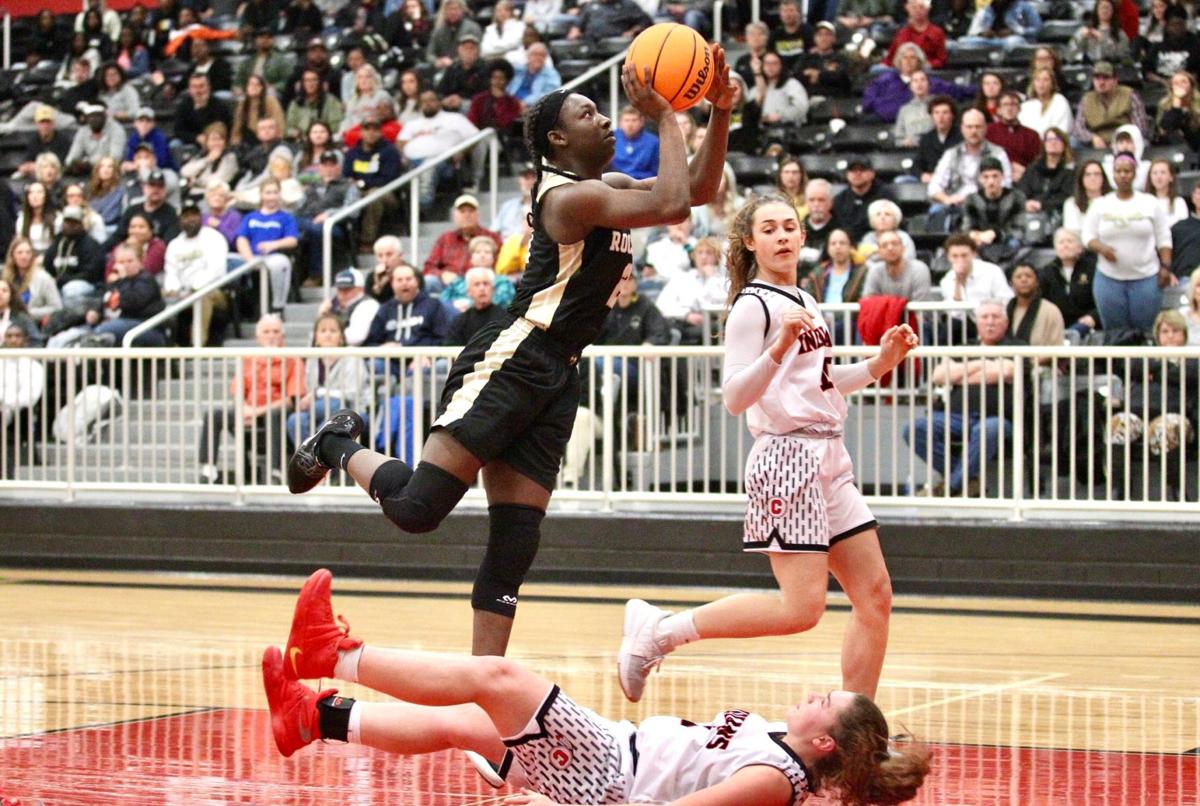 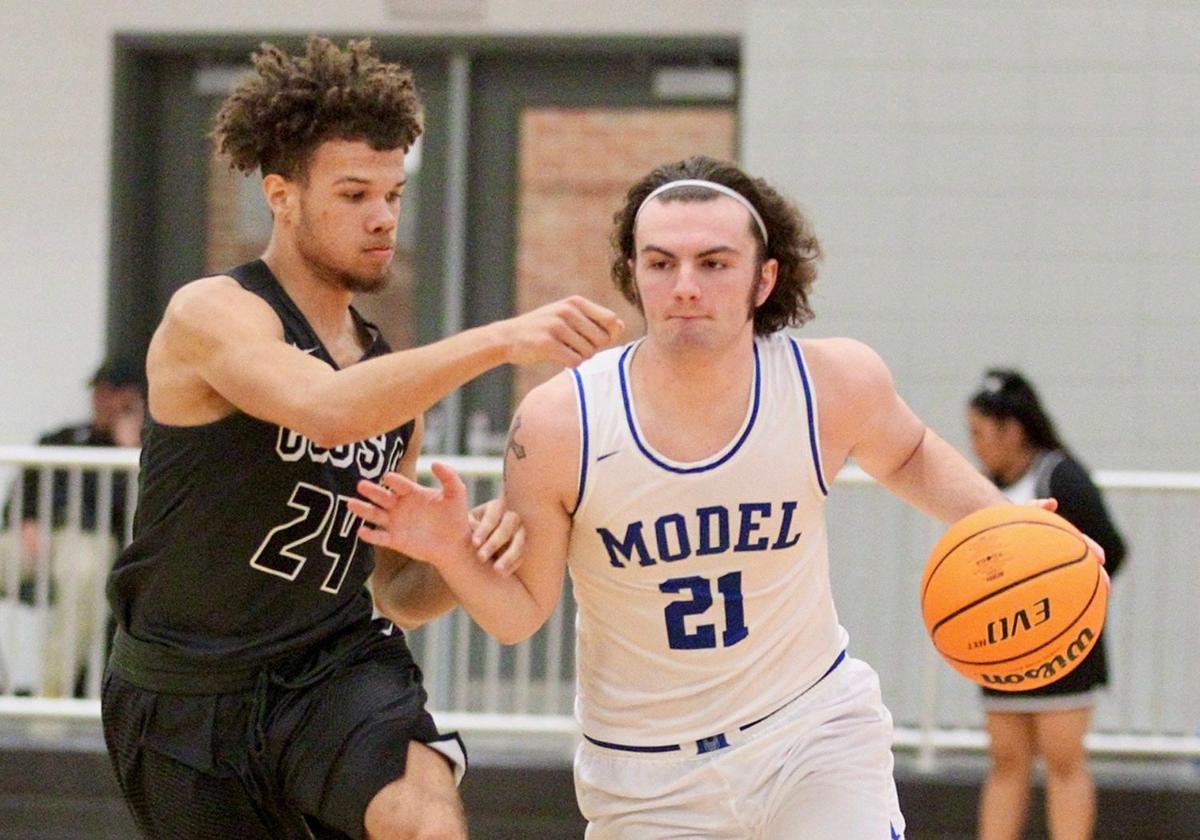 Again seeded No. 2 in the tournament, the Lady Jackets came back from a third-quarter deficit to top the hosting Lady Indians 57-56 in the region championship game Monday night at Chattooga High School.

The win gives Rockmart (20-6) the top seed going into this weekend’s Class AA state playoffs, while the Lady Indians (20-6) are seeded No. 2.

Dade County defeated Gordon Central in the girls’ consolation final to give the Lady Wolverines the No. 3 seed and the Lady Warriors the No. 4 spot. Region 7-AA teams will go up against Region 5-AA in the first round.

Keyarah Berry, the junior wing that has been the driving force behind Rockmart’s back-to-back championship seasons, led the Lady Jackets on Monday with 44 points.

“At the beginning of the year, a lot of people probably doubted us,” Rockmart coach Andre Clark said. “We graduated some key players last year, but we have the best player in Georgia on our basketball team, and that helps a whole lot. I’m super proud of this group.”

Berry finished the first half with 21 points, but had three fouls when her team went into halftime leading 32-31.

“I had to do something,” Clark said. “She likes to jump past the lanes, but when she gets early fouls like that, she can’t. That part of it hurt us, but the other girls stepped up and kept her out of the way. It worked out for us.”

Despite the fouls, Berry still scored six points in the third quarter and led a rally in the fourth quarter to retake the lead. Down 56-55 with less than a minute to play, Berry hit a bucket to give Rockmart the lead and, ultimately, the win.

“We had to stay calm and move the ball around,” Berry said. “No fouls. Don’t touch anybody else. Don’t try to steal the ball or anything. Just keep my hands to myself.”

Chattooga had a chance at the win when they inbounded the ball with less than 20 seconds on the clock, but layups under the basket didn’t drop for Chattooga.

Chattooga was led by Faith Ann Foster with 18 points, Nevaeh Morgan with 16 points and Makiya Parrish with 14 points. Megan Little, who fouled out in the fourth quarter, added seven points for the Lady Jackets.

The Lady Jackets will host No. 4-seeded Callaway (11-10) in the opening round of the state playoffs, while the Lady Indians will go up against No. 3 seed Heard County (14-10) at home. Dates and times are to be determined.

Trailing by six points, the Model boys’ defense shined in the final quarter to put Coosa away 51-44 Monday in the third-place game of the Region 7-AA tournament.

The Blue Devils (18-8) outscored Coosa 18-5 in the final period, holding the Eagles to a pair of free throws by Zeph Philyaw and a late 3-pointer by Jaquze Morgan, who led Coosa (14-11) with 21 points.

“We had to adjust and play better defense,” Model coach Jacob Travis said. “Our hustle at the end — we made a couple of possessions happen that weren’t happening earlier. We got a better look. Our guys settled down and got better shots there at the end.”

With the win, the Blue Devils take the No. 3 seed into this weekend’s Class AA state playoffs.

Model was led by Jabari Burge with 19 points, Jared Bomer with 12 points, and Dane Fisher with 11 points including three 3-pointers.

The Blue Devils will go up against Region 5-AA No. 2 seed Callaway (14-7) on the road, while the Eagles will be at Spencer (21-3), the top seed from Region 5-AA. Dates and times are to be determined.

Dade County’s girls shut down Gordon Central early in Monday’s Region 7-AA consolation game at Chattooga High School on its way to a 46-38 win against the Lady Warriors.

The Lady Wolverines led 26-12 at halftime on their way to win that gives them the No. 3 seed in the region going into this weekend’s Class AA state playoffs.

Dade County (19-9) was led by Megan Schauer with15 points and three 3-pointers, Jayda Wood with 12 points and Tori Williams with 10 points.

Mercedes Coleman was the only double-digit scorer for the Lady Warriors (17-9) with 19 points.

The Lady Wolverines will face No. 2 seed Lamar County (18-9) on the road in the first round of the playoffs, and Gordon Central will go up against top-seeded Bremen (14-13) on the road.