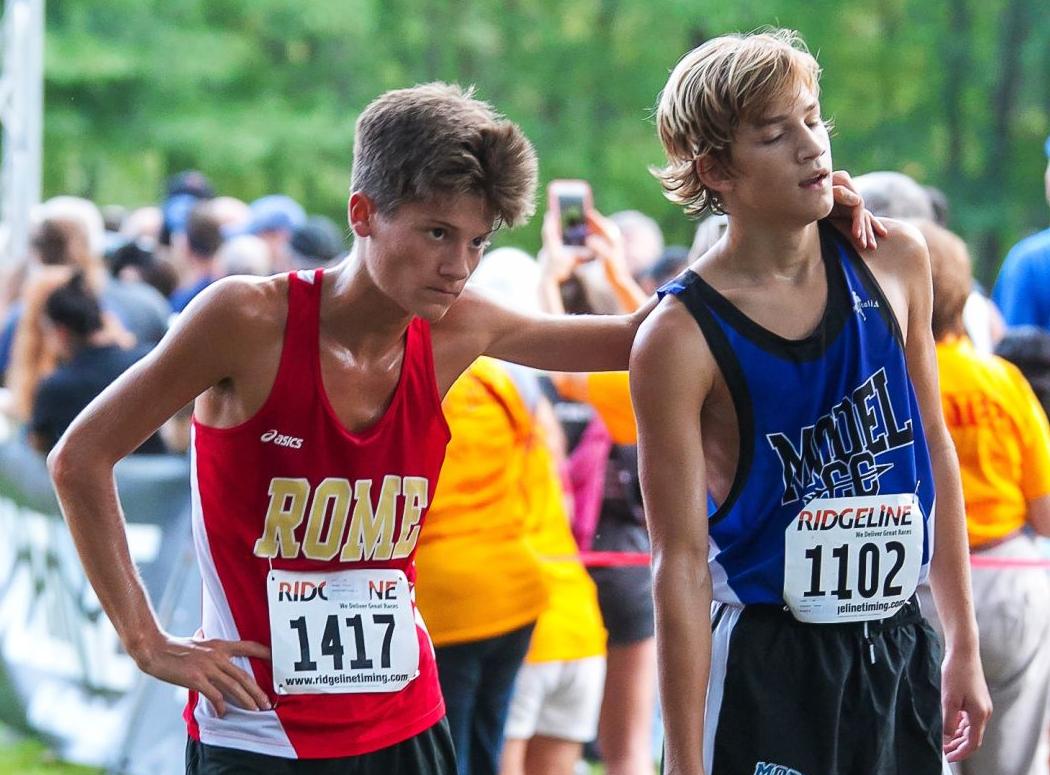 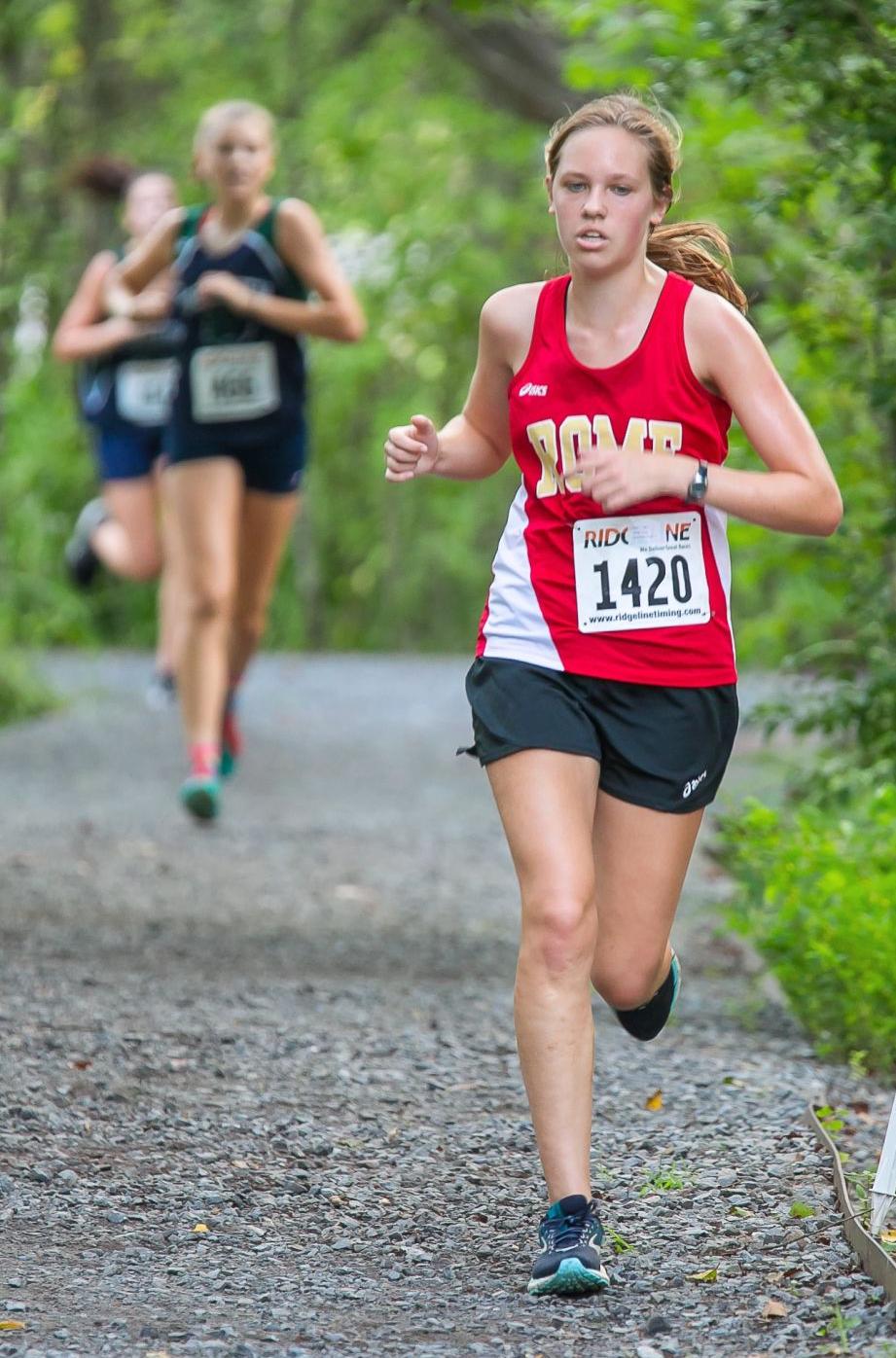 Rome High’s Nora Bailey runs the course at Ridge Ferry Park on Saturday during the varsity girls’ race of the Ridge Ferry Invitational.

Rome High’s Nora Bailey runs the course at Ridge Ferry Park on Saturday during the varsity girls’ race of the Ridge Ferry Invitational.

The prep cross country season got underway Saturday in a big way with the 28th annual Ridge Ferry Invitational, and several local teams and runners were there to hold their own against tough competition featuring more than 30 schools and over 200 runners in each of the boys’ and girls’ varsity races.

The Rome High boys were the top finishers among local teams taking home second place in the varsity boys race with 117 points behind first-place Creekview’s 102.

Model finished in 13th place overall but had two runners finish in the top five overall. Jordan Hellier finished third with a time of 16:43 and Simon Schabort finished in 16:59 for fifth place.

Armuchee came in 15th in the team standings with Davis Yeargan and Alexander Stevens leading the way, Josh Martinez and Chris Spate helped lead Coosa to a 21st-place finish, and Pepperell’s Christian Weatherby and Tom Vincent helped the Dragons finish in 27th.

The Rome High girls finished in seventh in the varsity girls team standings with 216 points. Rome’s Nora Bailey was the top local finisher, coming in 12th overall with a time of 20:39, while teammate Kaitlyn Stahl finished in 21:45 for 25th.

Darlington’s Maggie Hawkins helped lead the Lady Tigers to 13th in the team standings as she finished with a time of 22:25 for 48th place overall.

Grace Stanley and Chloe Purdy led Armuchee to a 21st-place finish, Lori Mason and Neema Patel helped Coosa finish in 25th place, and Pepperell finished in 30th and was led by Malleylin Maldonado and Makenzee Liggons.

The Armuchee softball team lost an early lead against Rome High but were able to pull ahead late for a non-region win Saturday at home.

Trailing 5-4, the Lady Indians scored a run in the bottom of the fifth and sixth innings to hold on for a 6-5 win against the Lady Wolves.