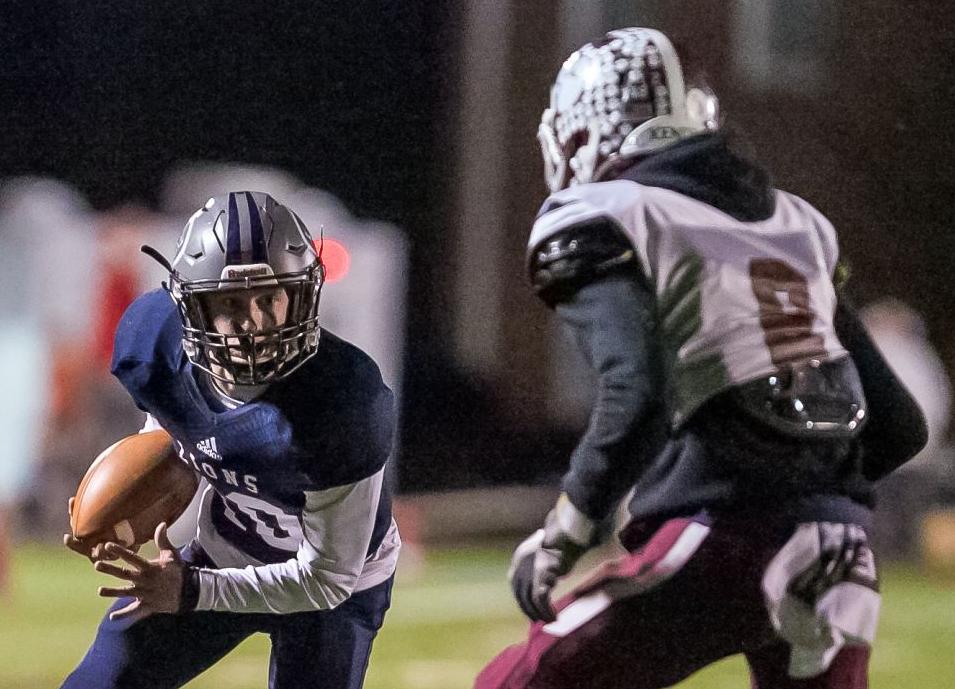 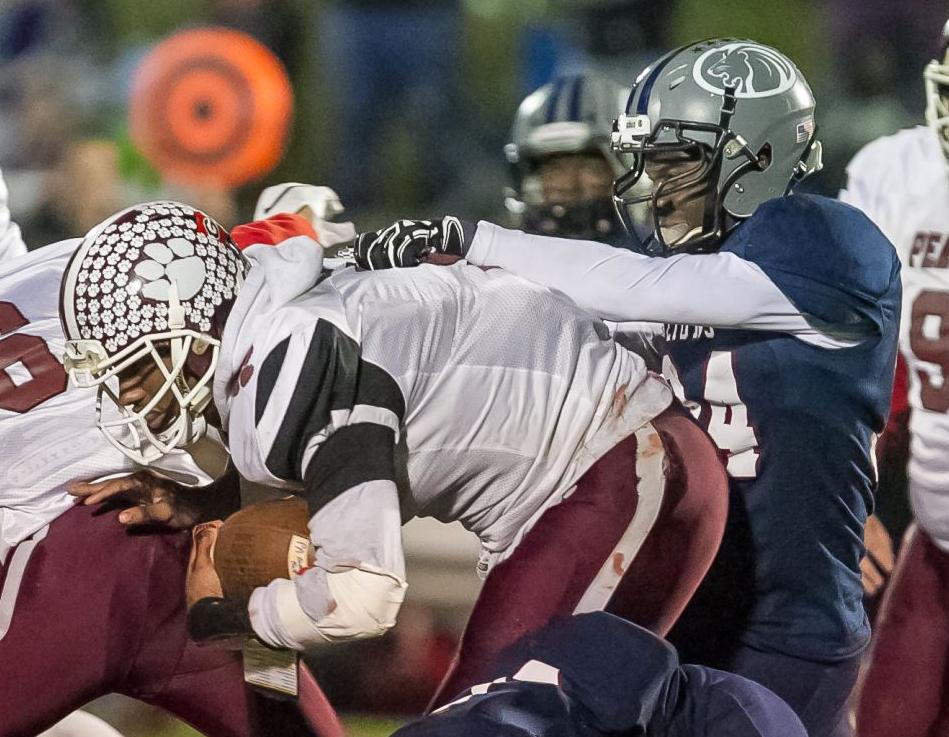 Unity Christian’s DeKovian Chambers (right) tries to bring down the Peachtree Academy runner from behind during Friday’s game.

Unity Christian’s DeKovian Chambers (right) tries to bring down the Peachtree Academy runner from behind during Friday’s game.

After falling to Peachtree Academy twice last season, Unity Christian had an opportunity to get some revenge against the Panthers this year after routing them in Week 2.

However, in the semifinals of the GAPPS state playoffs Friday night, the Lions weren’t able to keep up with the fully-intact Panthers, who were missing some key players in the earlier matchup, in a 26-0 loss at Shorter’s Ben Brady Field.

The loss ended the Lions’ perfect run and their season, coming within one game of playing for a state title. The Panthers also ousted the Lions from the playoffs last season.

“The season itself, we don’t want anything to take away from that 10-0, but you do leave with a sour taste because of the way we played and really the way they pushed us around tonight,” Ackerman said.

In a year when Unity had outscored their previous opponents 470-136, the Lions struggled to move the ball offensively, gaining only 109 yards on the night.

The Panthers were missing two key players from their 62-30 loss to the Lions on Aug. 23 in running back Kaileb Brisbane and lineman Griffin Carter.

With those players back in the lineup, the team rolled to 448 yards of offense and scored all the points they needed in the first half. Brisbane finished with 135 yards rushing on 19 carries.

The Panthers were led by Marvin Peeples with 202 rushing yards on 30 carries.

“This is the biggest team that we play,” Ackerman said. “They’re a physical team. “In the second half, we figured a few things out because we didn’t give up a score, but they shut us down. They did a great job, and they had a great gameplan. We were moving the ball, but kept shooting ourselves in the foot. You can’t do that and win a ballgame.”

The Lions were able to keep the Panthers out of the end zone in the second half, but still couldn’t find a rhythm offensively.

The contest was Senior Night for Unity Christian (10-1), and the Lions honored Aaron Alford — the one senior on their roster. Ackerman said the senior lineman will leave a lasting impression on the team as they move forward.

“His work ethic is absolutely amazing,” Ackerman said. “He works harder than everybody else we have. All the kids respect him because of how hard he works. After he’s released his man, he’s going after the next guy. That kind of leadership is awesome, and we hate to lose it, but hopefully he’s passed it down to our other kids.”

With a team made of mostly juniors and sophomores, Ackerman is optimistic about how his team could look next season with players like Drew King, John Nance, Caleb Thompson, Eli Thompson, Levi Lodge and Sam Mumpower, who all made considerable contributions to the teams’ success.

“The strides that we made from last year to this year were incredible,” Ackerman said. “If they continue that, next year we’d be disappointed if weren’t here and being competitive at this point. If we continue to work hard, we’ll have a chance to do something really special.”