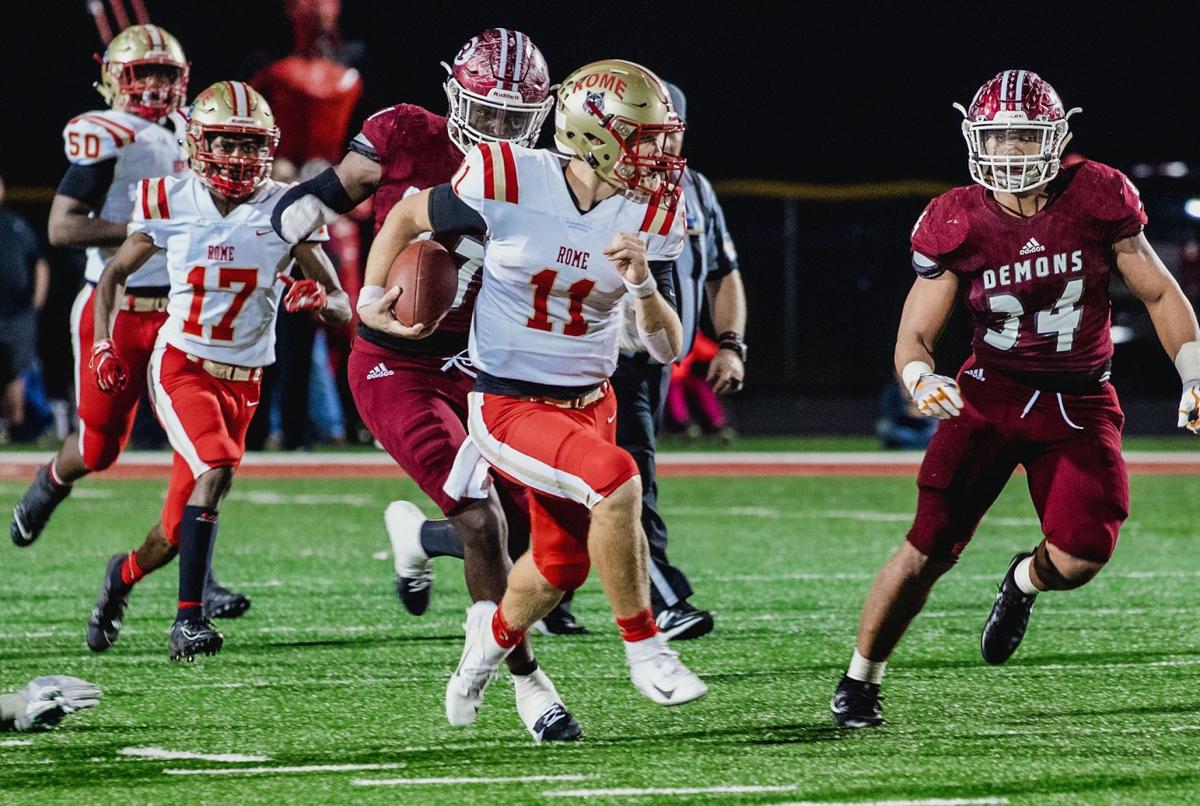 Rome high quarterback Caleb Ellard (11) runs against Warner Robins on a play Friday during the Class 5A state playoffs in Warner Robins. 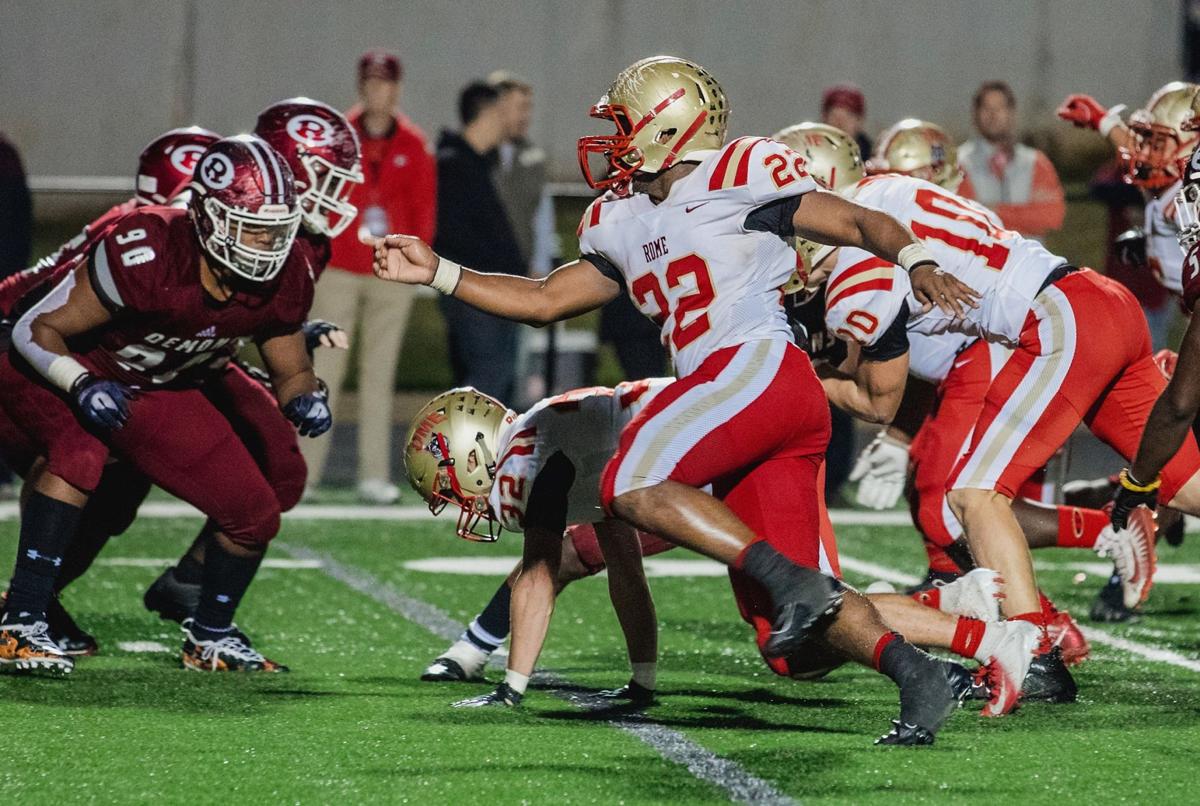 Rome High’s Nick Burge (22) rushes in from the side on defense during Friday’s Class 5A state championship game at Warner Robins.

Rome high quarterback Caleb Ellard (11) runs against Warner Robins on a play Friday during the Class 5A state playoffs in Warner Robins.

Rome High’s Nick Burge (22) rushes in from the side on defense during Friday’s Class 5A state championship game at Warner Robins.

Three more yards and just a few more seconds on the clock was all Rome High needed.

After trailing 12-7 at halftime, the Wolves’ efforts at a comeback bid fell short Friday on the road in a 25-17 loss to Warner Robins in the second round of the Class 5A state playoffs.

With a chance to tie the game, the Wolves (9-3) started their final drive with just over four minutes left in the game. Starting at their own 20-yard line, the No. 3-ranked Wolves marched down field, and a pass interference call against the No. 2 Demons set the Wolves up on the Warner Robins 10-yard line.

Ellard finished 17-of-27 for 199 yards including an 18-yard touchdown pass to Peterson earlier in the fourth quarter.

The senior wide receiver had 10 catches on the night for 155 yards receiving.

Senior running back Ahijah Blackwell led Rome’s ground game with 126 yards and a touchdown on 24 carries, while Ellard added 109 yards on 16 carries.

Blackwell scored on a 13-yard run with 2:20 left in the second quarter, and Alonzo Rodriguez kicked a 41-yard field with 5:01 left in the third quarter to bring the Wolves to within two points of the Demons, 12-10.

Warner Robins (11-1) extended its lead over the next five minutes on two successful possessions, the last of which was a three-play, 73-yard scoring drive ending with the second touchdown of the night for Ahmad Walker to put his team up 25-10.

For three straight seasons, the Wolves have met the Demons at McConnell-Talbert Stadium in the playoffs, losing the last two times.

Three years ago, the Wolves shut out the Demons 38-0 in the Class 5A state Championship game.

The Wolves came into the playoffs as the No. 2 seed with their only Region 7-5A loss coming at the hands of region champion Carrollton in Week 4.

The Wolves then took a seven-game winning streak into Friday’s matchup at Warner Robins, who will host Clarke-Central in the quarterfinals next week.