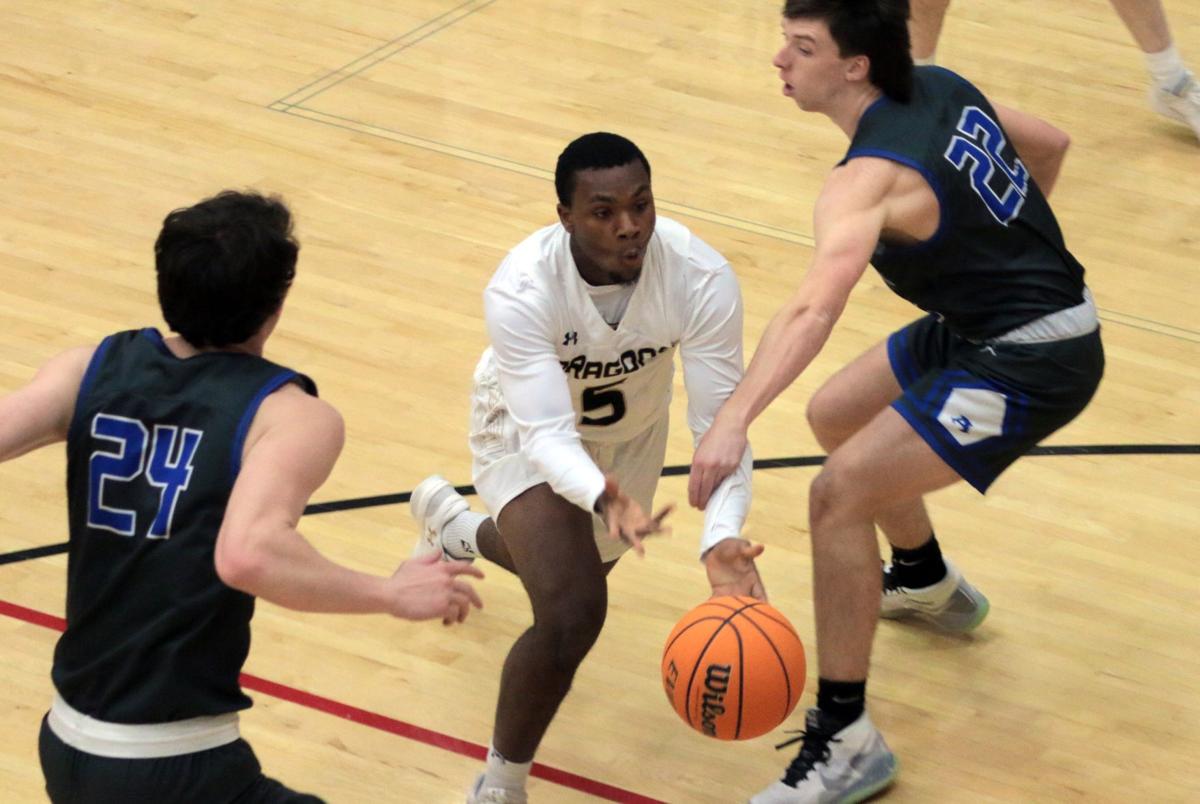 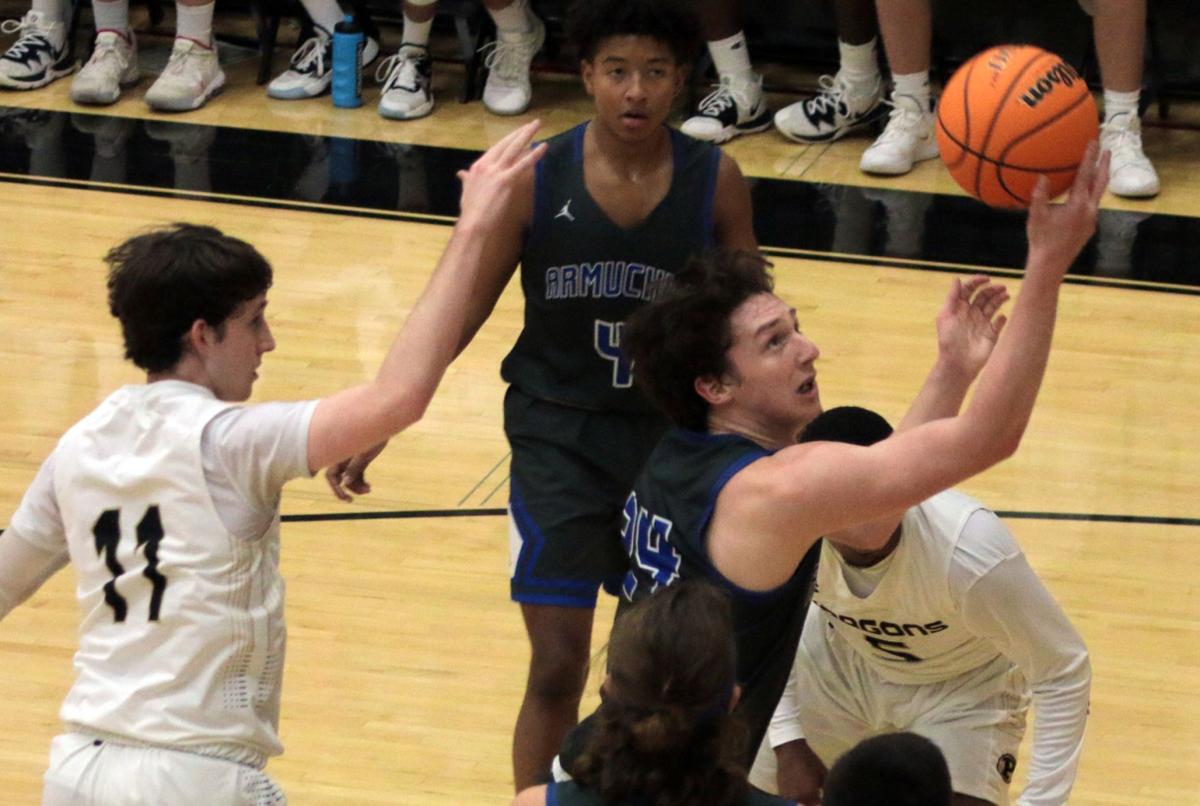 Armuchee’s Jax Gribble (24) goes up for a layup against Pepperell during Saturday’s game. 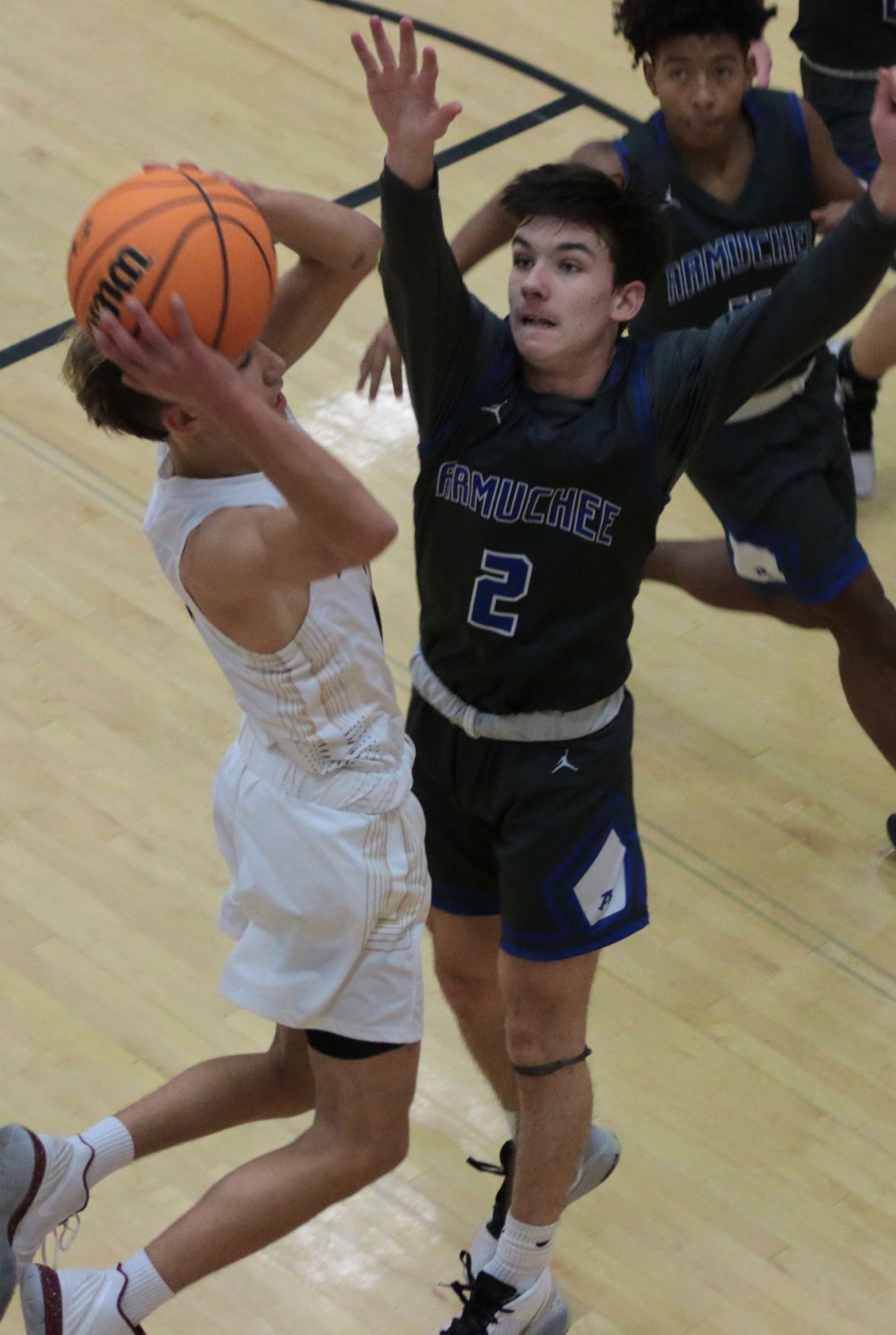 Armuchee’s Jax Gribble (24) goes up for a layup against Pepperell during Saturday’s game.

Anything that seemed easy about Pepperell’s win Saturday over Region 7-AA foe Armuchee could have easily been overpowered by several factors.

The Dragons were playing their fifth game in eight days, had played three games already this week, lost a triple-overtime heartbreaker to Coosa on Wednesday and were without their leading scorer and rebounder.

But with a full-team attack, Pepperell managed to take control of Saturday’s home game in the third period and defeat the visiting Indians 66-55 to wrap up its pre-Christmas schedule.

Pepperell boys’ coach Zach Mendence was still on a high after the game.

“The reason I was so amped up about this game is that we’ve played four games in six days. We’re only playing about six or seven guys,” Mendence said.

The Dragons played in the Seven Hills Rotary/Rome News-Tribune Christmas Tournament this week, defeating Woodland on Thursday to take third place a day after the loss to Coosa.

“And we could have lost that game. But that speaks volumes to the group that I have this year,” Mendence said. “They are very high-character. There are no complaints. Everybody works hard every single day.”

Pepperell did not have high-impact player Payton Rhoades or Preston Goggans on Saturday since both were preparing to play in this weekend’s Georgia Elite Classic all-star football games at McEachern High School.

“When we lost Payton and Preston today, it was like icing on a cupcake. Just like, ‘here’s some more adversity,’” Mendence said. “And they could have very easily been tired, mess up too many times, looked around to see where Payton is, realized he’s not there and just folded up the tent. And they didn’t do that.”

Leading by just five points at halftime, 30-25, Pepperell (4-6, 3-3 7-AA) put together a 10-3 run in the third period sparked by a 3-pointer from Tom Vincent and the passing of Phoenix Prime, who had several key assists after scoring 12 of his 14 points in the first half.

“He’s got the ability to beat anybody off the dribble,” Mendence said of Prime. “But his real ability is the way he’s able to see the court and see other people. So when he breaks down the press, when he makes beautiful passes, that’s when we know we have the best Phoenix out there.”

The Dragons outscored Armuchee 19-12 in the quarter to provide the biggest boost for Pepperell of the game. A layup by Vincent and a trey from Hunter Henderson early in the fourth put Pepperell up 54-37.

“I know Armuchee always brings it against us. (Coach Clint) Decker does a great job of coaching his kids and they play hard all the time,” Mendence said.

“We’ve won four of our last five games, and I don’t even think we’ve reached our full potential yet. I think this team is very dangerous. This might be one of the best teams I’ve had at Pepperell as far as unity, teamwork and chemistry.”

Vincent and Kemp Edge both did well beyond the arc and at the free-throw line for the Dragons to score 19 points each. Edge had four 3’s and went 3-of-4 at the line, while Vincent had three treys and was 6-of-9 from the charity stripe.

Armuchee was led by Wyatt Miller with 18 points and 10 rebounds for a double-double. Jax Gribble and Luke Mayhall both added 15.

The Indians will be in Hiawassee on Thursday to take on Towns County in the Battle of the States tournament, while Pepperell will be back in action next Saturday against Central-Carroll at Model’s Big Blue Classic.