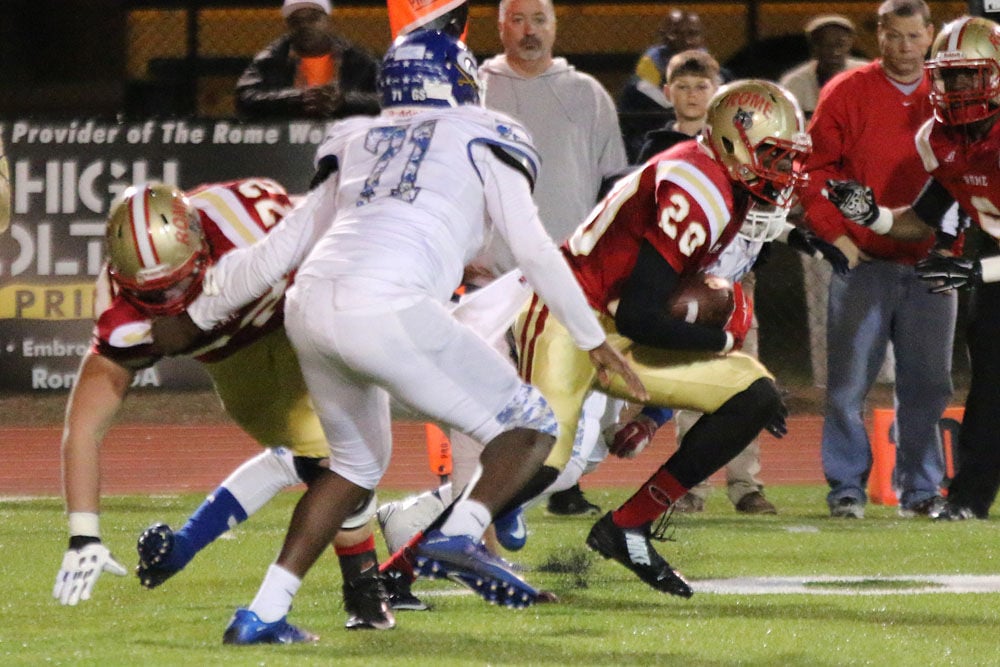 Rome's Jai Creamer (right) turns upfield after catching a pass from Knox Kadum in the second quarter of the Wolves' 42-0 win over Cass on Friday, Oct. 30, 2015. Creamer would take it all the way for an 80-yard touchdown reception. (Jeremy Stewart/RN-T.com) 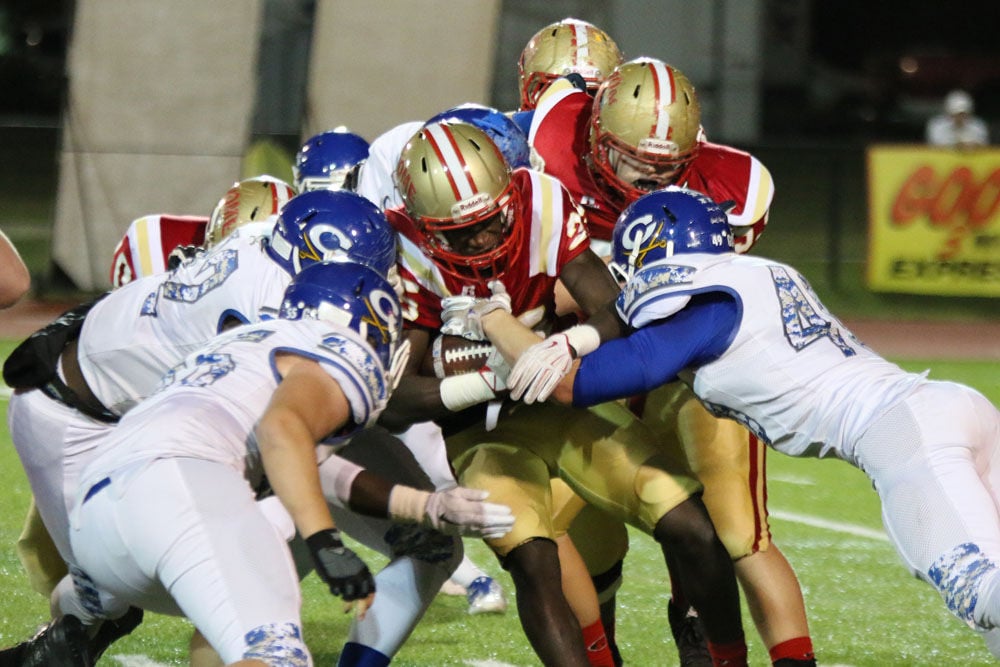 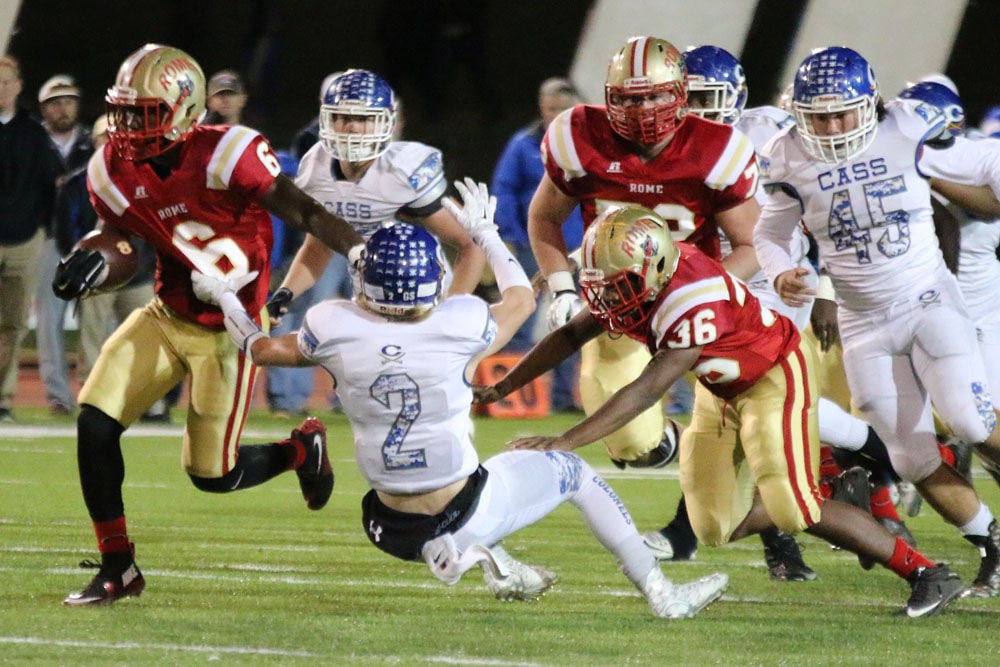 Rome's Jai Creamer (right) turns upfield after catching a pass from Knox Kadum in the second quarter of the Wolves' 42-0 win over Cass on Friday, Oct. 30, 2015. Creamer would take it all the way for an 80-yard touchdown reception. (Jeremy Stewart/RN-T.com)

No matter which Rome player was called on Friday night to make a play against Cass, they made their time on the field count.

And with their final subregion game of the season, the Wolves put together a dominant win in front of their home crowd at Barron Stadium as they shut out Cass, 42-0.

Jai Creamer caught five passes for 141 yards and two touchdowns — one for 80-yards — and quarterback Knox Kadum ran for two touchdowns as Rome set itself up for a shot at a state playoff berth next week.

“I thought our offensive game plan that the coaches have worked hard on all week was a great game plan, and the kids worked great at practice,” Rome head football coach John Reid said.

“I think they’re starting to understand that hard work, dedication and discipline adds up. So we’re proud of them.”

Freshman running back Jamious Griffin ran for 143 yards on just 10 carries, six of which gave the Wolves a first down as they rolled up 509 yards of total offense.

“It’s a thing where you’ve got a good offensive line and we’re trying to get the ball to people in space,” Reid said of the offense. “We’ve got good running backs. So I think it’s a multi-faceted weapon that is hitting on as many cylinders as we can get it going on right now.”

Cass (5-4, 3-3 in 7A-AAAAA) finished with 181 total yards and punted to end seven of their eight drives in the game. The eighth, and final, Colonel drive ended when Adam Anderson sacked Cass quarterback Trevor Lowe on fourth-and-15 to turn the ball over on downs.

“That’s the mark of a foundation that gets built around the defense,” Reid said.

“We told our kids from the very get-go that we’ll know when you’re buying in when you start playing good defense. You can’t just play offense and give up 50 points. And we did that for a while.”

Rome (6-3, 4-2) made its stake in the game in the second quarter when the Wolves scored three touchdowns, two of which came within 15 seconds of each other.

Quarterback Tyrish Martin, who shares time behind center with Kadum, then faked a short pass to the right before looking left and making the lob to Creamer.

The senior receiver then turned upfield and weaved his way out of Cass’ secondary before finding the open field and scoring on the 80-yard touchdown pass.

Kicker Emanuel Gonzalez, who was a perfect 6-for-6 for the night, made the extra point to put Rome up 21-0 with 2:17 on the clock.

A Colonel player fumbled the ensuing kickoff inside the 15-yard line, and Rome’s Trenton Braziel recovered it at the Cass 9. All it took was a handoff to Sykes to put the ball in the end zone again and push the Wolves’ lead to 28-0 with 2:03 to go in the second.

Rome opened the second half with a 61-yard scoring drive that was capped off by a 13-yard touchdown run by Kadum. After Cass got a 40-yard return on the ensuing kickoff, the Colonels pushed their way into Rome territory and pinned the Wolves back on their own 2 with the punt.

With Martin at quarterback, Rome steadily drove nearly the length of the field to score a minute and a half into the fourth quarter on a 4-yard run by ShiDell Milsap.

The winner will be headed to the state playoffs as either the region’s third or fourth seed.

“We’ve still got a hole to dig ourselves out of and get to the playoffs, and we’ll go with everything we’ve got next week,” Reid said.