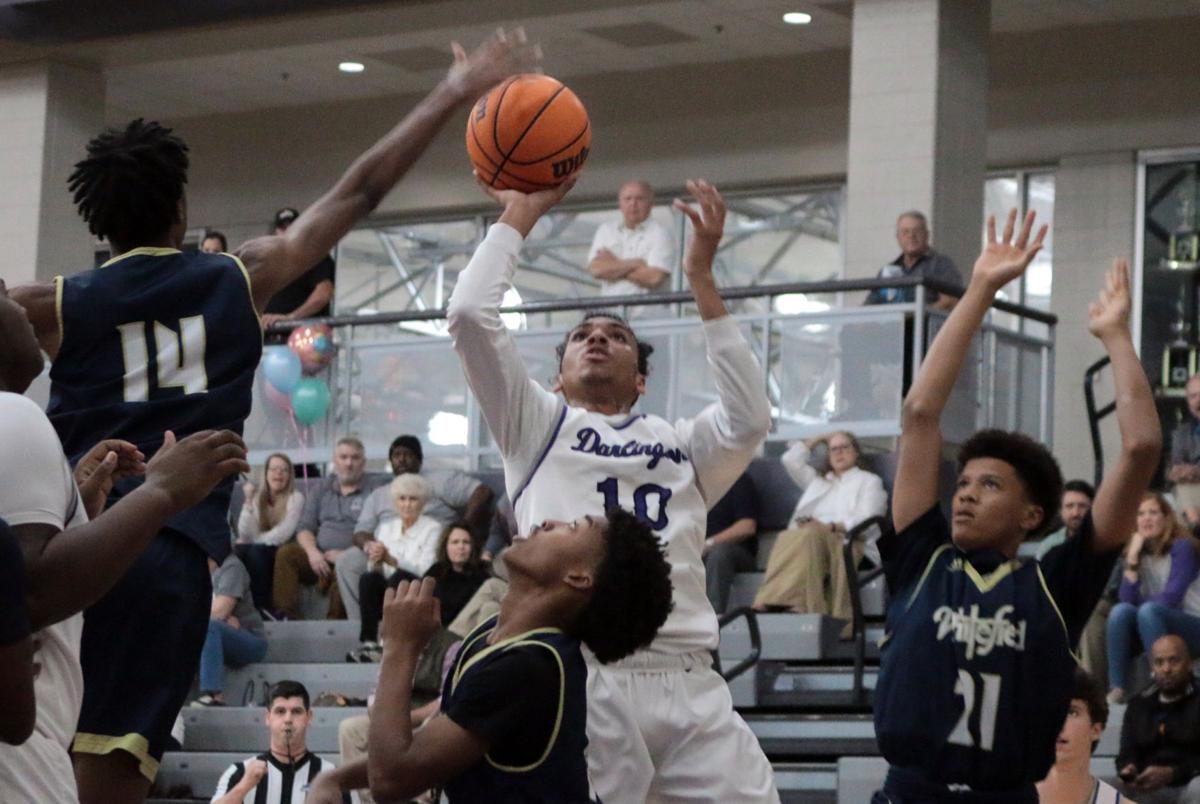 Darlington’s Patrick Shelley (10) takes a shot over Whitefield Academy’s John Johnson (bottom) while Drew Phillips (14) attempts to block it during the first half of Monday’s Region 6-A play-in game at the Huffman Center. 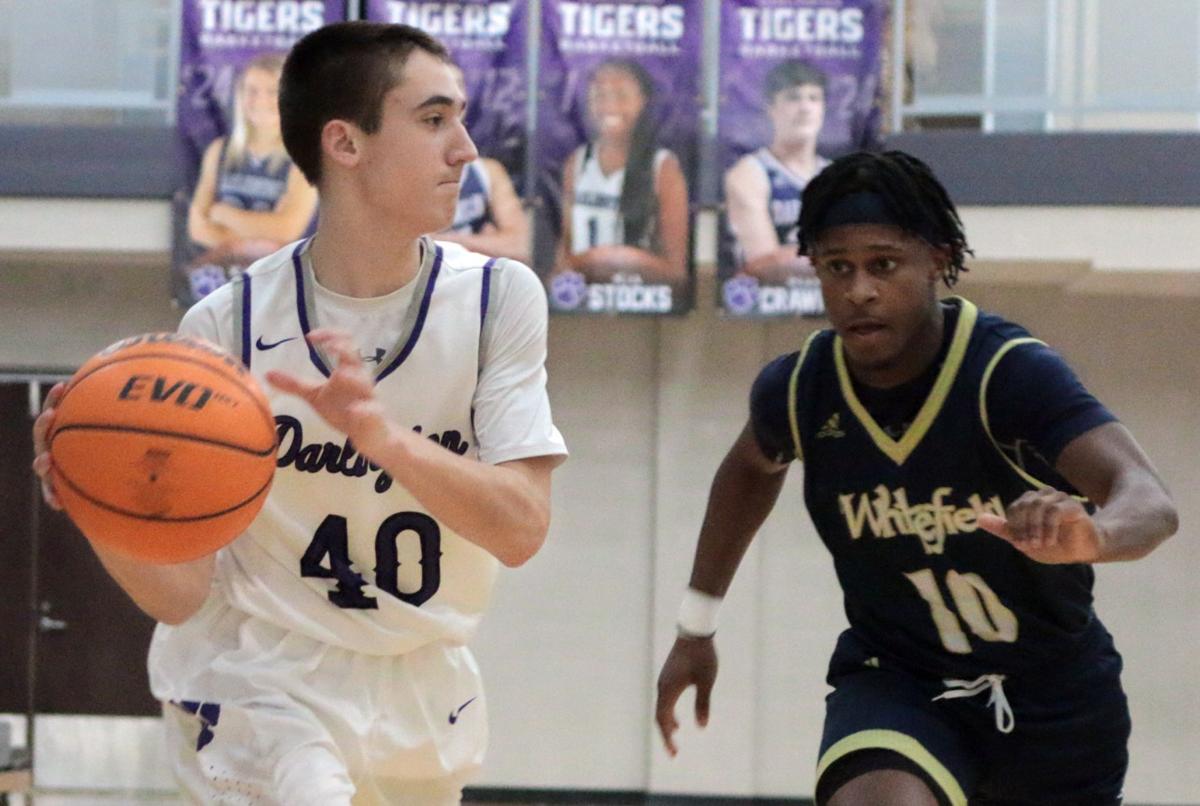 Darlington’s Braden Bell (40) looks for an open teammate as Whitefield’s Ethan Garnett moves in to defend.

Darlington’s Patrick Shelley (10) takes a shot over Whitefield Academy’s John Johnson (bottom) while Drew Phillips (14) attempts to block it during the first half of Monday’s Region 6-A play-in game at the Huffman Center.

Darlington’s Braden Bell (40) looks for an open teammate as Whitefield’s Ethan Garnett moves in to defend.

The middle 16 minutes Monday’s game showed how much the Darlington boys’ basketball team has improved this season.

But it was the minutes that bookended the Region 6-A play-in game that ultimately decided the outcome in what could be the Tigers’ final game of the season.

Darlington made just one field goal in the fourth quarter as Whitefield Academy retook the lead and went on to win 48-43 at the Huffman Center. The loss ends the Tigers’ time in this week’s region tournament.

With the host team holding on to a 37-35 advantage after three quarters, the visiting Wolfpack took a three-point lead with five minutes to go before Darlington got free throws from Trystin Wright and Braden Bell along with a layup form Patrick Shelley to go up 43-42.

Whitefield’s Devonte Watson hit a 3-pointer with 1:26 to play and Darlington was forced to foul down the stretch in an attempt to gain possession but was unable to produce points on the board.

“I thought we competed and our guys played hard. I mean, credit to them. They made a couple of big shots there late,” Darlington coach Nathan West said. “We had a couple of key turnovers in the second half which led to some momentum baskets by them. But anytime you hold another team to 48 points, you’re leaving your team with a chance to win.”

Sophomore Patrick Shelley led the Tigers with 13 points and scored Darlington’s only points in the first quarter after he went 7-of-8 from the free-throw line. The Tigers trailed 8-7 after the period.

“Patrick did a good job,” West said. “We knew what they did defensively and some of their tendencies. And anytime he can get going down hill, we didn’t think anybody could really stay in front of him. He did a good job getting in there and being physical and getting some contact.”

Darlington (11-13) used a 10-4 run in the second quarter to take a 21-16 lead with 2:25 left in the first half. The period saw DJ Johnson get into the action with six points and some good rebounds on both ends of the court.

AJ Hopkins, who led the Wolfpack with 13 points, was subbed out after a hard foul, and Darlington worked to gain back some of its momentum, outscoring Whitefield 7-1 in the final 2:35 of the quarter to retake the lead.

Darlington will now wait to see if its strength of schedule is enough to secure them a spot in the top 24 of the Class A Private Power Ratings and give them a berth in the state playoffs. The Tigers were rated No. 22 going into Monday’s contest.

“I think we played a very tough schedule, and in the second half of the season we started playing some good basketball, especially considering you had a new coach with a new program,” West said. “I don’t know. We’ll kind of have to see.”