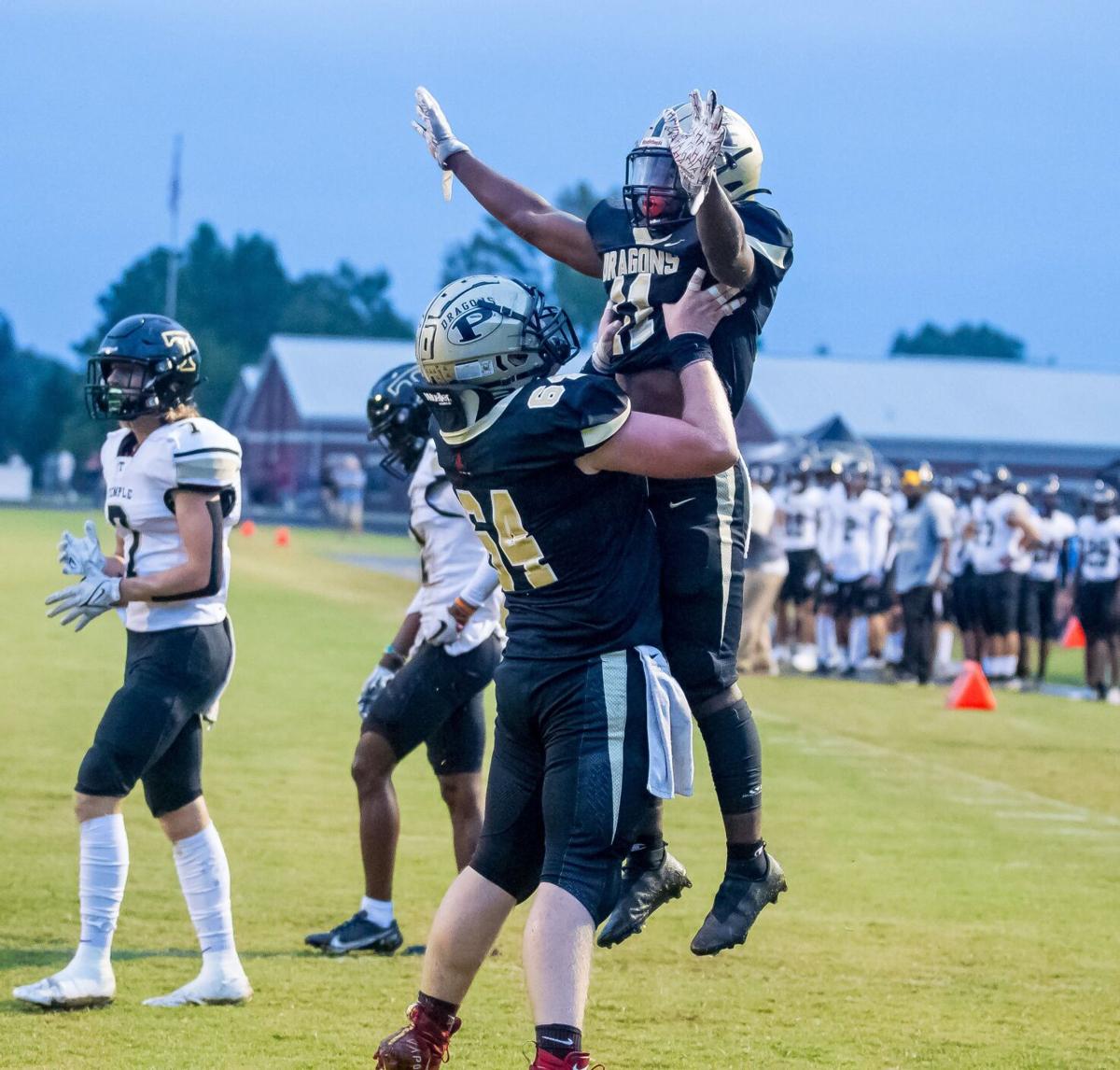 Pepperell’s DJ Rogers (11) is lifted in the air by teammate Lem Azlin after a touchdown on Friday vs. Temple. 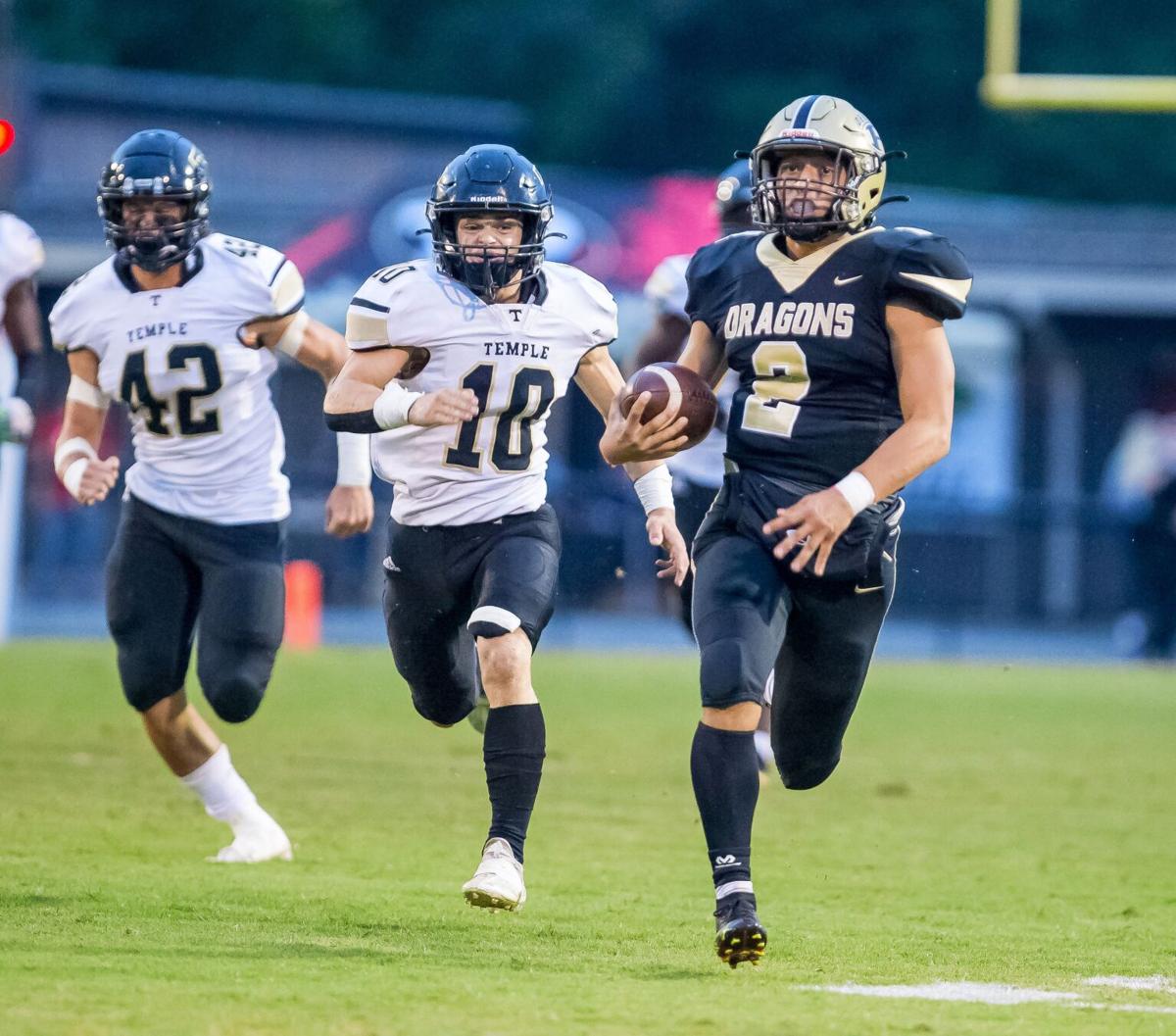 Pepperell's Matthew Waddell (2) runs away from the Temple defense during Friday's game.

Pepperell’s DJ Rogers (11) is lifted in the air by teammate Lem Azlin after a touchdown on Friday vs. Temple.

Pepperell's Matthew Waddell (2) runs away from the Temple defense during Friday's game.

After opening the season with three losses, the Pepperell Dragons put one in the win column over the Temple Tigers 24-20 with a consistent offensive attack through the game.

The Dragons made a statement early in the first quarter when quarterback Matthew Waddell rushed for 68 yards to put D.J. Rogers in position to run 15 yards for a touchdown on their first drive.

Before the Tigers could answer, Waddell and Rogers put together another strong drive that culminated in a field goal by Dragons kicker Steven Villatoro.

Pepperell’s offense continued to dominate in the second quarter. After Kolby Davis ran 33 yards to put his team in position to score, Waddell punched in 1-yard for a touchdown.

“We had some guys step up that made some plays on the offensive side, and it made (Temple) have to play everybody all the way across the field,” said Pepperell head coach Rick Hurst.

But the Tigers began to push back when they returned a kickoff to Pepperell’s 29-yard-line, and a Dragon penalty moved them even closer. The drive ended with Temple quarterback Cam Vaughn completing a five-yard pass to Samuel Zimbron to put the Tigers within striking distance.

The Tigers put more pressure on the Dragons in the second half when they capitalized on two Dragon penalties that resulted in Tiger first downs. Vic Edwards ran for four yards for a touchdown that shrunk the Dragons’ advantage to three points.

But the Dragons answered immediately. Waddell completed a 20-yard pass to Jon Shields, and Rogers capitalized by running in another Dragon touchdown.

On the next drive by the Tigers, highlighted by a 33-yard rush by Freddy Watkins, Edwards scored again, but the Pepperell defense blocked the extra point to keep Temple at bay and cruise to the win.

Pepperell improved their record to 3-1, while Temple fell to 0-3. The Dragons will begin Region 7-AA play next week at Dade County, and the Tigers will travel to B.E.S.T Academy.