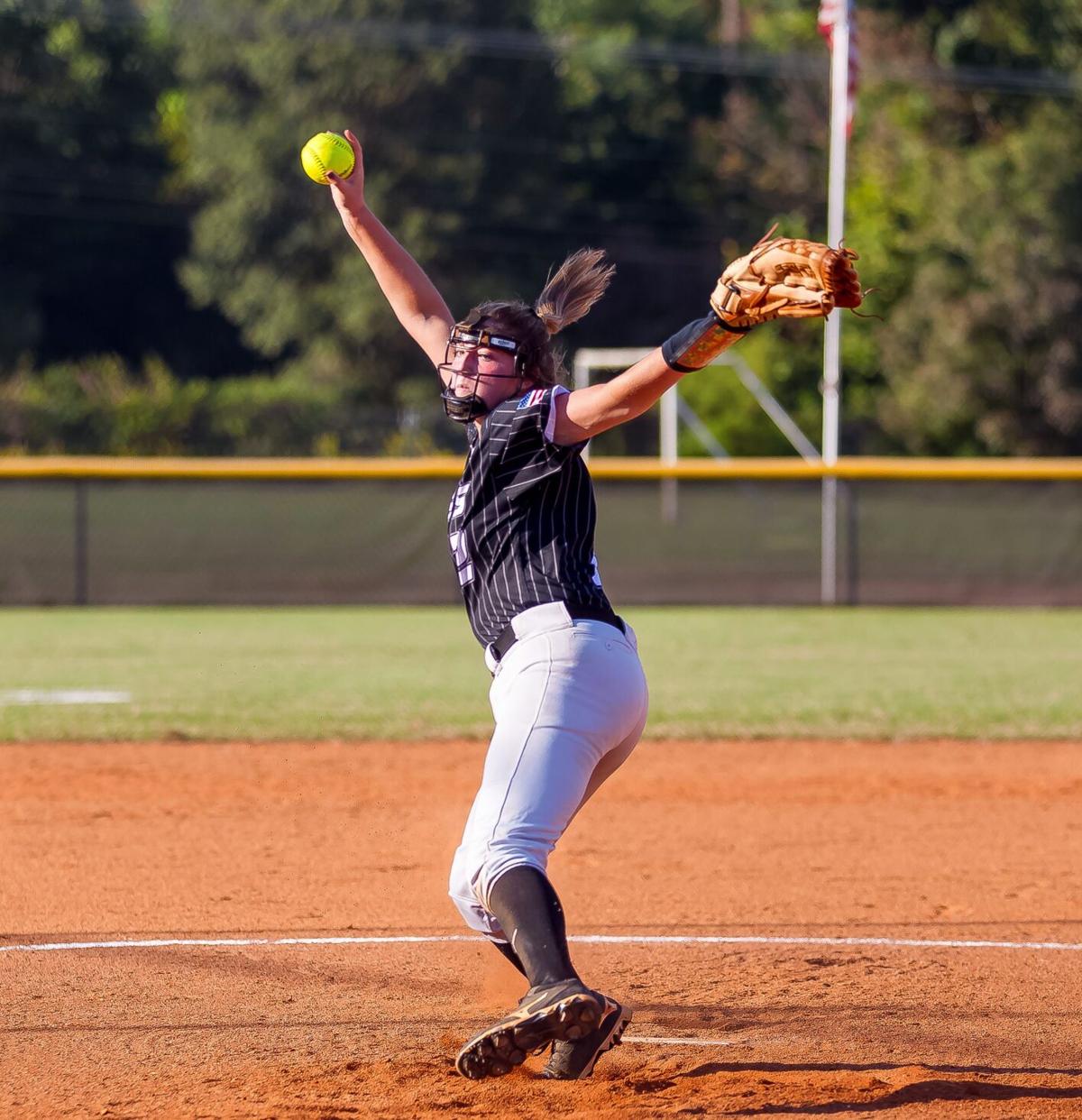 Coosa’s Abby Jacobs delivers a pitch to the plate during Tuesday’s game against Model. 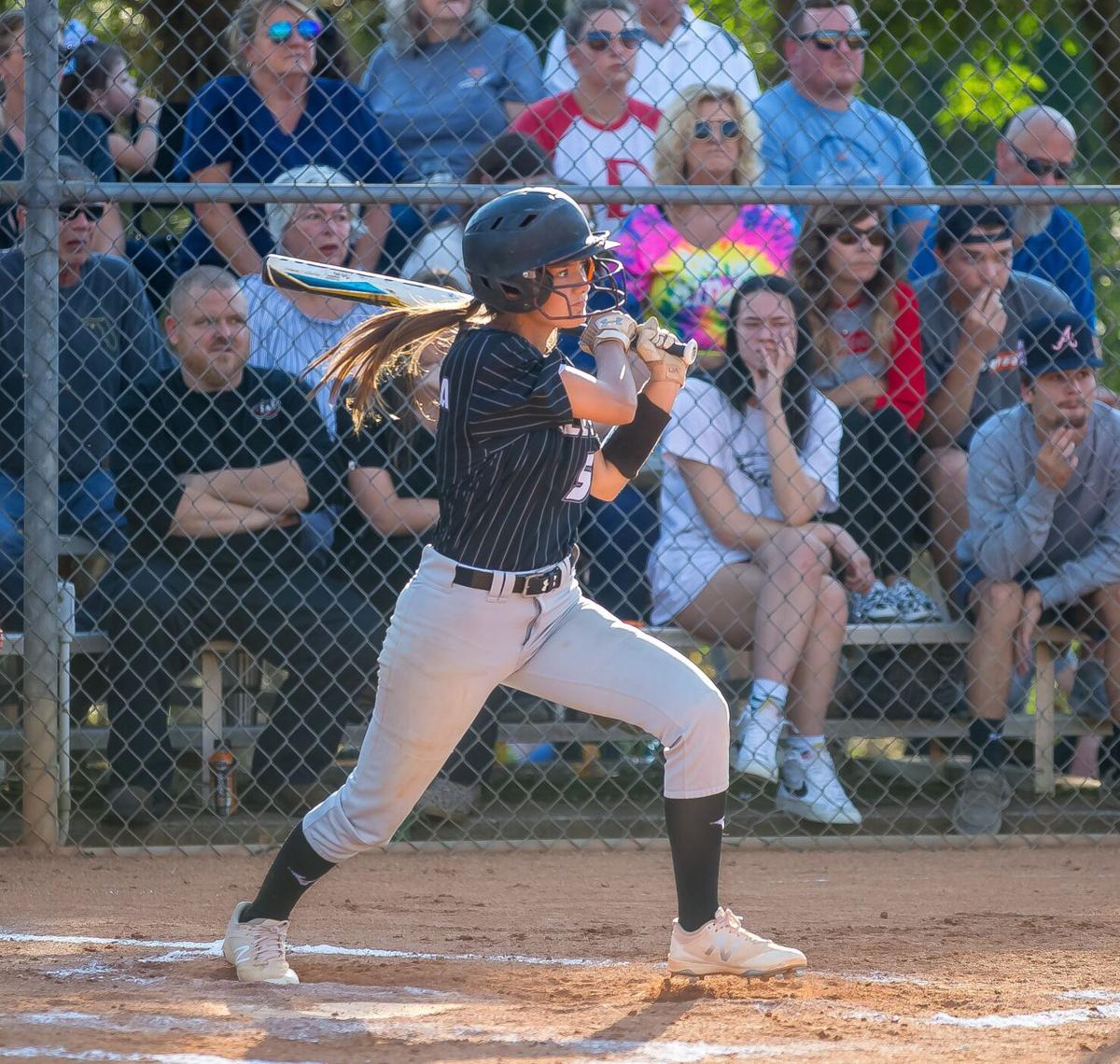 Coosa’s Emma Payne follows through on her swing on one of her two hits during Tuesday’s game vs. Model. 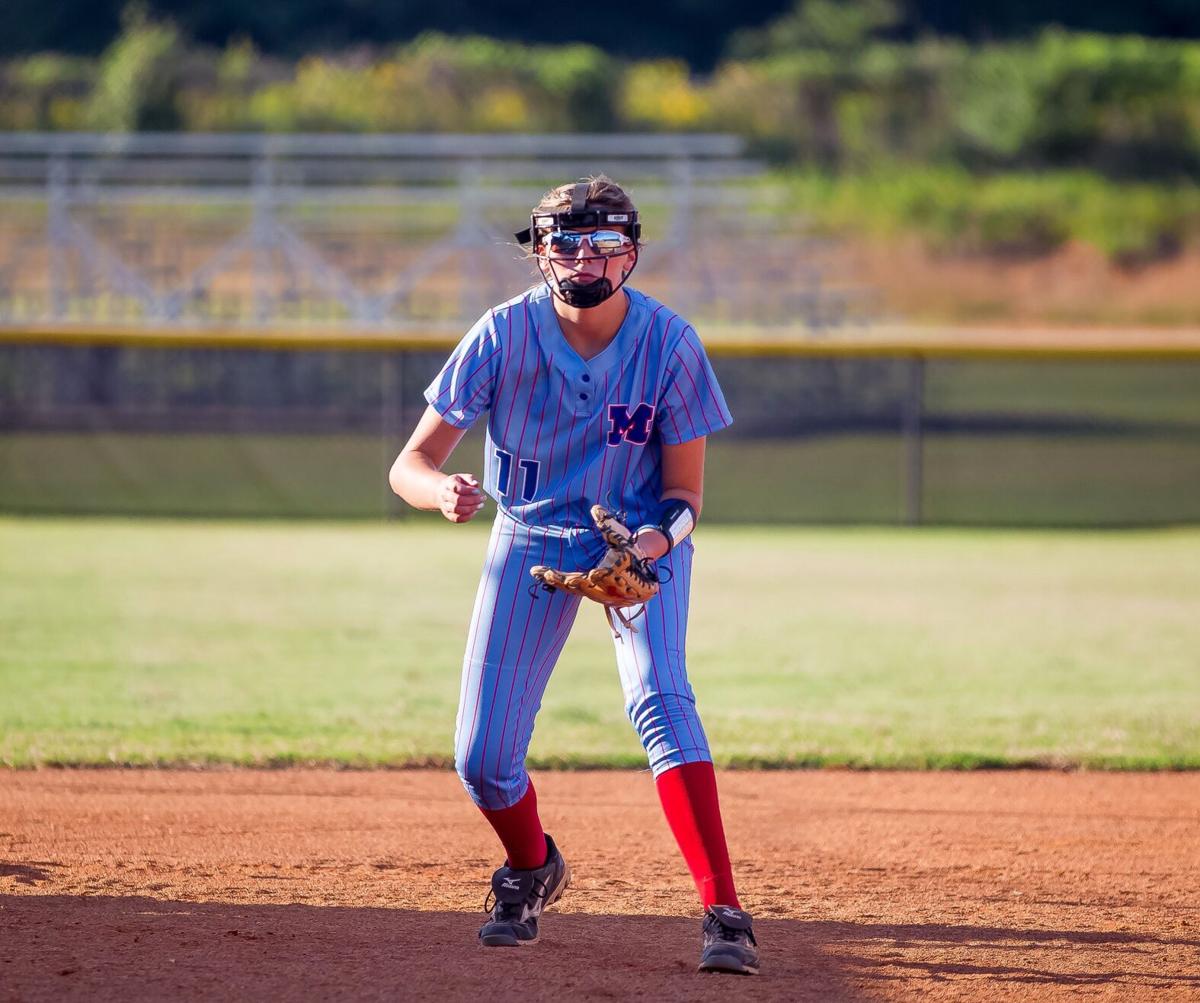 Model’s Sadie Raughton gets ready for the play while playing third base on Tuesday.

Coosa’s Abby Jacobs delivers a pitch to the plate during Tuesday’s game against Model.

Coosa’s Emma Payne follows through on her swing on one of her two hits during Tuesday’s game vs. Model.

Model’s Sadie Raughton gets ready for the play while playing third base on Tuesday.

Coosa got started early with a first-inning, four-run rally, and after Model cut the deficit to one, relied on strong pitching and defense to shut the door and lead the way to a much-needed 9-3 region victory at home on Tuesday afternoon.

The Lady Eagles (9-6, 4-4 in Region 7-AA) wasted no time getting on the board against their cross-county rivals, scoring four runs in the bottom of the first during a rally that included a leadoff triple by Madison Ingram and RBI hits by Shelby Nutter and Emily Lucas.

But Model (3-9, 2-8) responded immediately with a three-run second inning that included a double by Sadie Raughton to lead off the inning and a two-out, two-RBI hit by Katie Johnston.

Coosa starting pitcher Abby Jacobs settled in after that, however, and shut down the Model offense from that point on while her lineup provided her with five more insurance runs, three in the third and two in the sixth, to give the junior all the cushion she needed to seal the win, which broke a two-game losing skid in 7-AA play.

“We finally came out and hit the ball well for the first time in a few games,” said Coosa head coach Chris Jacobs. “We were able to get those early runs, but Model is a good team and fought back. But I’m proud of our girls for shutting them out after that second inning. All in all it was a great team win. We needed it. It was a game we had to have. We’ve got to keep it going and find a way to win a couple more because we’re trying to get one of those last couple of playoff spots in our region.”

Abby Jacobs pitched a complete game to earn the win, going seven innings and allowing three runs (two earned) on nine hits while striking out nine. She also did her part at the plate with a 3-for-4 day that included two RBIs.

For the Lady Devils, Johnston led the way from the leadoff spot with two hits and two RBIs. Also finishing with two hits for Model were Sadie Raughton, who had a double and a run scored, Caitlyn O’Guin and Julia Shinholster.

Claire Chamberlain took the loss in the circle for Model after a tough start to the game. Johnston came in to provide solid relief as she pitched 3 1-3 innings and giving up two runs on three hits while striking out one.

“We got behind early, but we were able to put a little rally together and get back in the game,” said Model head coach Brett White. “We’ve just got to be more consistent defensively and get a few more timely hits. We start five underclassmen so the more playing time and experience they get the better it is for our future. We’ve got five games left so we need to try to play well down the stretch and get some good experience for these girls to take into next year.”

It was also Senior Day for Coosa as they honored their five seniors following the win. The players honored included Nutter, Payne, Ingram, Macy Nichols and Mary Jane Nichols.

“That’s a good group of girls,” said Chris Jacobs. “Most of them have been with me since the seventh grade and several have played since they were freshman here. They’ve seen some bad times and some good times, but they’ve progressively gotten better and won more games the last couple years. They have helped our program get to where it’s at, and we are hoping to finish this season strong and get to the state playoffs. It’s going to be sad to see them go.”

The Lady Dragons went on the road and picked up a huge region win on Tuesday as they got three sixth-inning runs and a dominant shutout effort in the circle from Chloe Jones.

Jones held Chattooga to just two hits over seven innings for the complete-game victory and struck out 10 batters.

Pepperell (12-5, 6-3 in Region 7-AA) gave Jones all the run support she needed with three runs in the sixth inning as they got RBI-hits from Morgan Willingham and Cloe Mitchell. Mitchell finished with two hits and an RBI, and Willingham had a double, an RBI and a run scored. Ansley Farmer and Riley Nelson each added a hit and a run scored, and Jolie Splendore had a hit, a walk and two stolen bases as well.

The Lady Dragons have now won eight straight games and will look to keep their strong play of late going on Thursday when they host 7-AA foe Fannin County at 5 p.m.