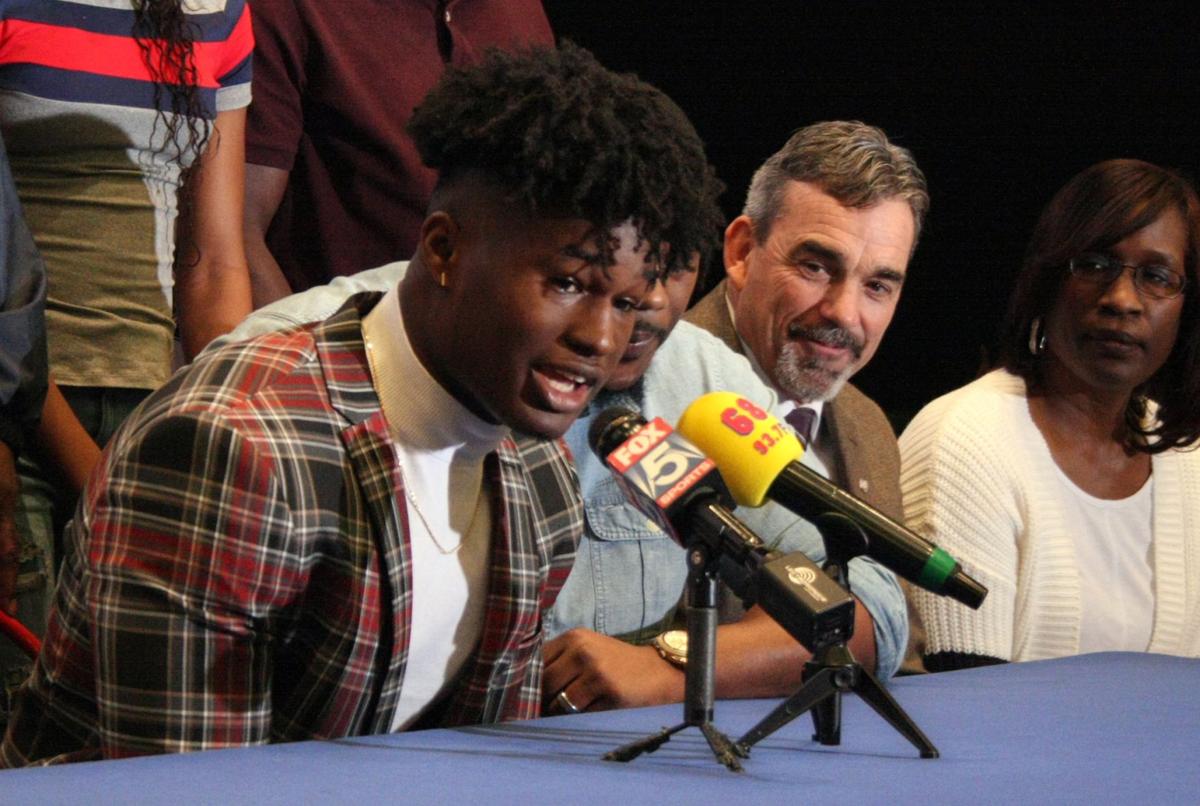 Rome High running back Jamious Griffin announces his decision to sign with Georgia Tech during a National Signing Day event at The Battery in Atlanta on Feb. 6. The high-profile recruit had been committed to N.C. State through most of his senior season. 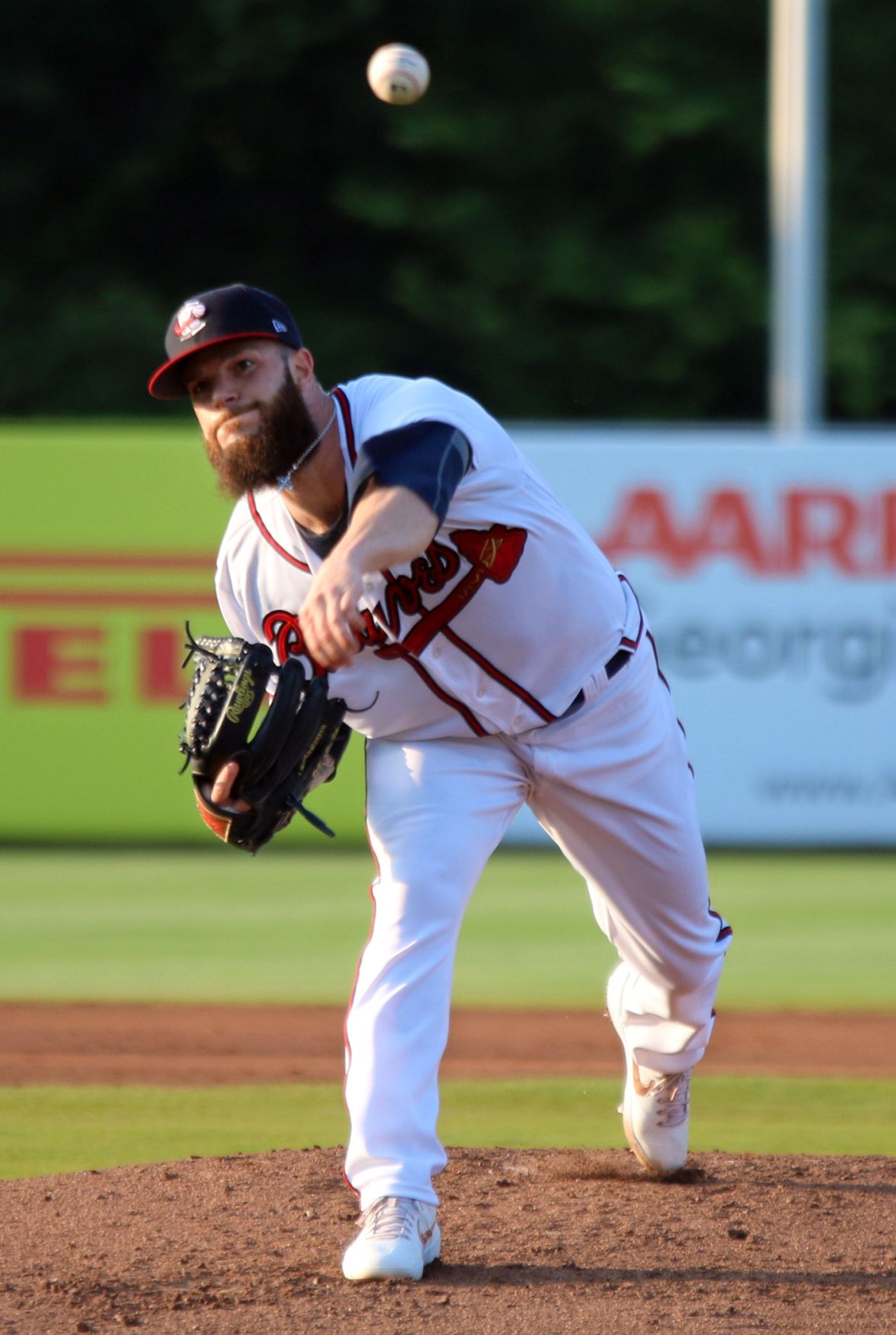 Dallas Keuchel made a stop in Rome as a warm-up for his debut for the Atlanta Braves in June. The experienced pitcher signed with the Chicago White Sox earlier this week. 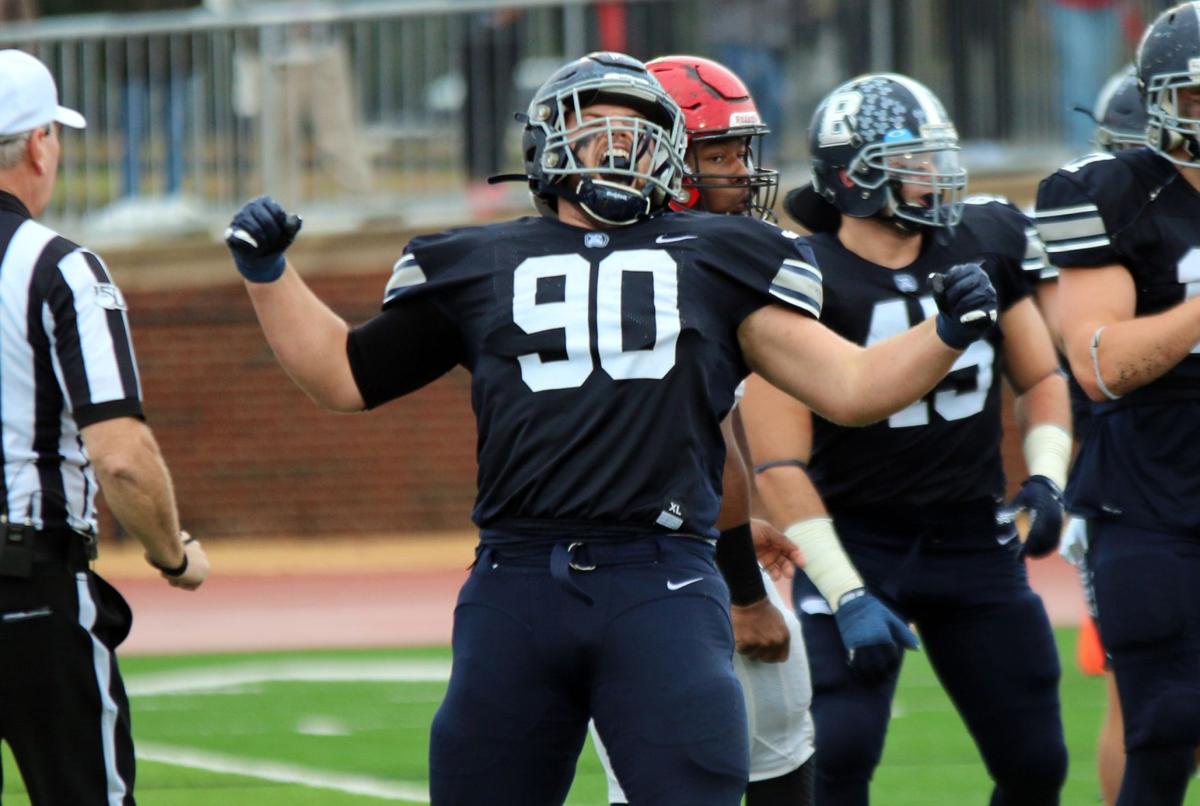 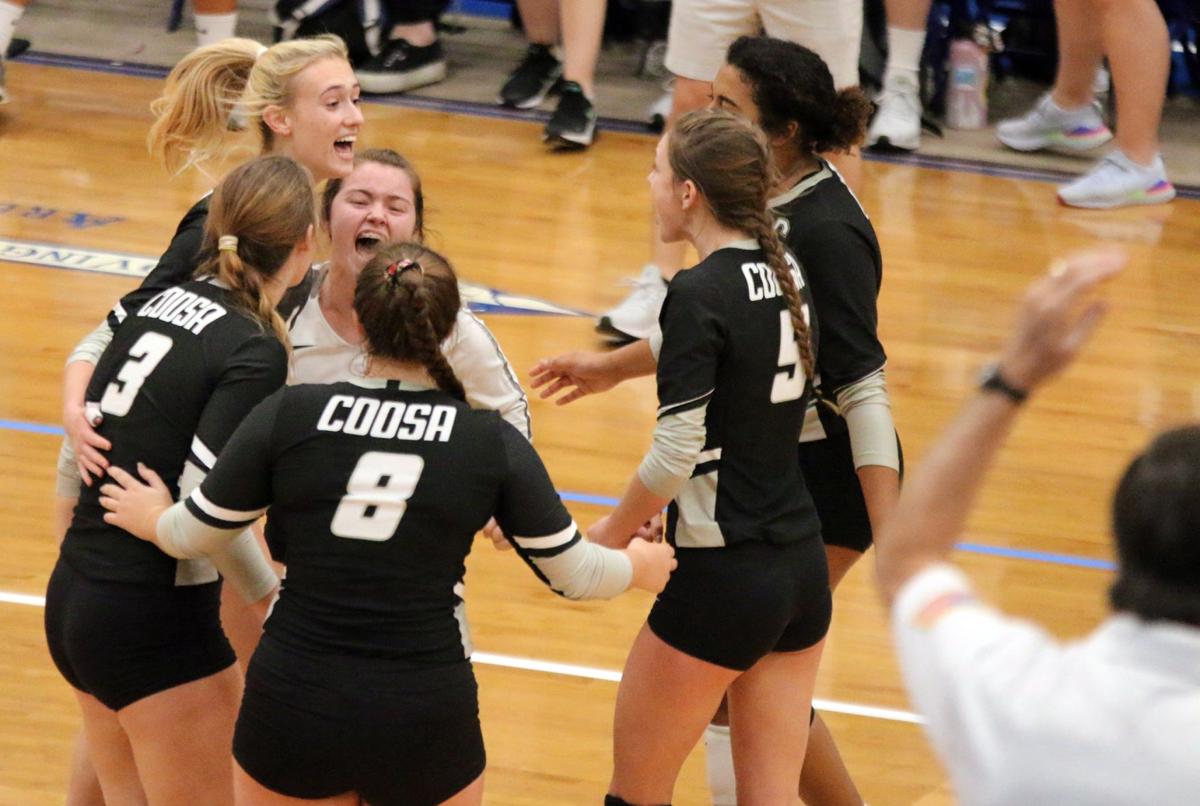 Rome High running back Jamious Griffin announces his decision to sign with Georgia Tech during a National Signing Day event at The Battery in Atlanta on Feb. 6. The high-profile recruit had been committed to N.C. State through most of his senior season.

Dallas Keuchel made a stop in Rome as a warm-up for his debut for the Atlanta Braves in June. The experienced pitcher signed with the Chicago White Sox earlier this week.

The year in sports spanned football players making their decisions where to spend their college careers, some big names coming through Rome’s State Mutual Stadium, and once again saw area athletes and teams bring home a bevy of state championships.

Here’s a look back at the top sports storylines for Rome, Floyd County and the surrounding areas in 2019:

TAKING IT TO THE NEXT LEVEL

For football players taking their game to the college level, 2019 began with a Yellow Jacket and ended with a Bulldog.

The other Rome signees were defensive back Marquis Glanton and outside linebacker Octaveous Askew, who both signed with Mars Hill University in North Carolina, cornerback Jamar Roberts with University of the Cumberlands in Kentucky, and offensive lineman Devin Floyd with Kennesaw State University.

At the start of the early signing period this month, Darlington lineman Tate Ratledge made good on his commitment to Georgia when he signed to play for the Bulldogs next season.

The Rome Braves saw some big-leaguers and top prospects make their way to State Mutual Stadium in the 2019 season.

Dallas Keuchel was just one of a few Atlanta Braves’ players that spent time in Rome. The two-time All-Star pitcher and World Series champion, who recently signed a $55.5 million three-year deal with the Chicago White Sox, pitched for Rome back in June when he was first signed by Atlanta for a one-year deal.

Austin Riley and Dansby Swanson also dressed out for Rome this past season as the pair of major-leaguers came to town for rehab stints back in August.

The team also had some of the newest Atlanta Braves’ prospects come through when 2019 first-round MLB draft picks Braden Shewmake and Shea Langeliers spent some time with the squad.

Shea Langeliers, the No. 9 pick in the draft, joined the Braves just after the All-Star Break and spent the remainder of the year with the team racking up 55 hits, 13 doubles and 34 RBIs.

Braden Shewmake, the No. 21 pick, spent two months on the roster before being promoted to Double-A Mississippi. In his time with Rome, Shewmake had 64 hits, 18 doubles, three home runs and 39 RBIs.

Rome also had some new blood in coaching roles with the naming of Matt Tuiasosopo as manager, who was joined by first-year coach Wigberto Nevarez and pitching coach Kanakoa Texeira.

Adding to the changes was the naming of a new general manager earlier this month. David Cross, who served as general manager of the Danville Braves since 2000, took over the position from Jim Bishop, who had resigned following two years as vice president and general manager.

Rome High’s Jah’Lia Evans came out of nowhere to win gold in the triple jump at the Class 5A Track and Field State Championships in her first year competing in the event.

Evans also topped the competition on a national level when she won the 15-16 girls’ triple jump title at the USA Track and Field Hershey National Junior Olympic Championships at Sacramento State in California back in July.

Also for Darlington, Roth Wilcox capped his senior season by sweeping the 110- and 300-meter hurdles, while besting the school record in the 110.

Darlington wrestlers Dalton Blankenship and Colton Woods highlighted the season by completing their high school careers as four-time state champions, a feat only a few dozen Georgia wrestlers have accomplished.

The Lady Eagles battled back from two sets down to defeat Elite Scholars Academy for the second year in a row in the finals.

Lindsey Cordell won the individual title in the Class A Private golf state championships at Green Island Country Club in Columbus, while the Lady Tigers won back-to-back state championships in the girls’ competition. Cordell finished his junior season shooting 3-under for the 36-hole tournament.

Samson Mumber took first place in the 100-yard backstroke in the 4A-5A state championships in Atlanta, setting a school record for Rome High as he finished 0.28 seconds ahead of the second-place finisher for a time of 50.68.

Local college football teams had plenty to celebrate in the 2019 season.

The Berry Vikings earned their fourth straight Southern Athletic Association title, while the Shorter Hawks were able to pull themselves out from under a longstanding winless skid.

The Vikings suffered only one loss in the regular season — a 28-15 loss to conference foe Birmingham-Southern — but won their next three games to seal the conference championship.

Second-year Shorter head coach Zach Morrison led the Hawks to victory for the first time since the 2015 season when they came out on top against Allen University in the second-to-last game of the season. Morrison took over the program after playing for the Hawks from 2005 to 2008.

The Model High School football program saw a quick turnaround this past season under just one year of guidance from new head coach Jeff Hunnicutt.

Hunnicutt led the Blue Devils to their first playoff appearance since 2016 after claiming the No. 3 seed in Region 7-AA, finishing league play with a 5-2 record. Model’s only region loss came against Rockmart and Pepperell, seeded No. 1 and No. 2, respectively, in league play.

In the playoffs, Model played No. 2-seeded Bremen to a 0-0 halftime score before Bremen was able to pull ahead in the second half for a 17-0 win.