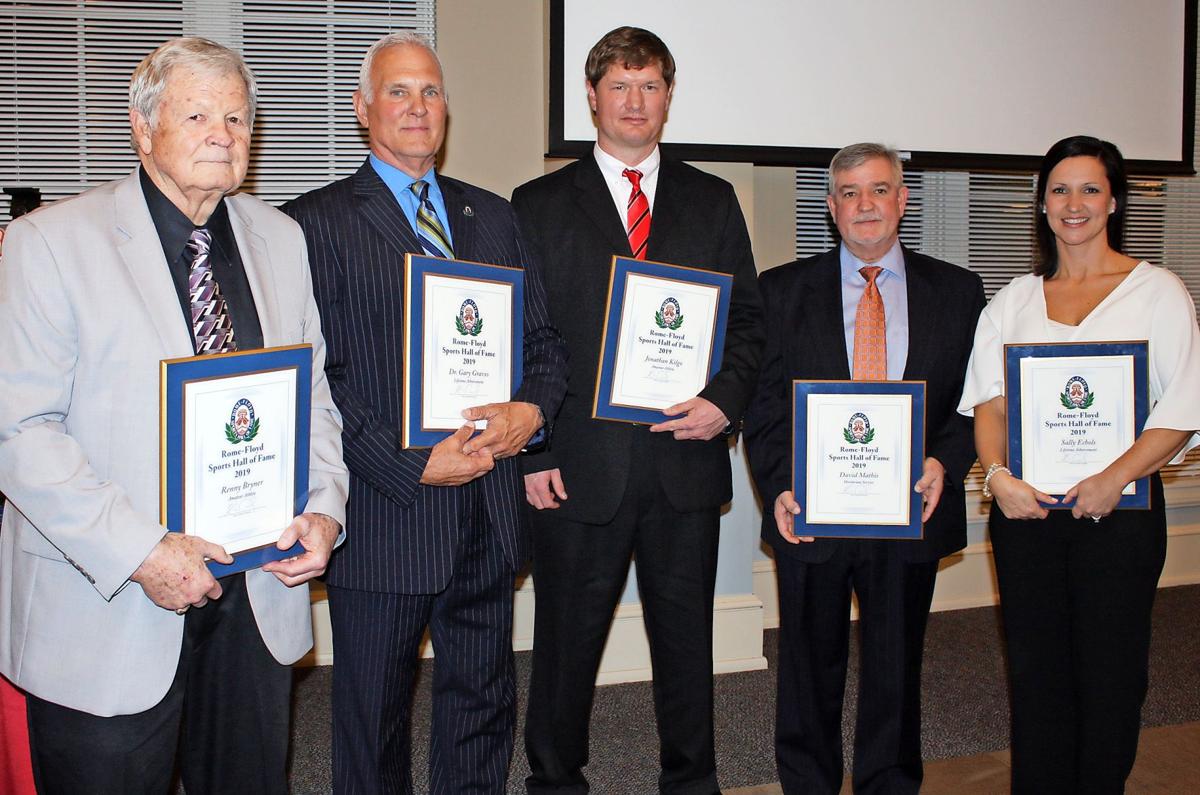 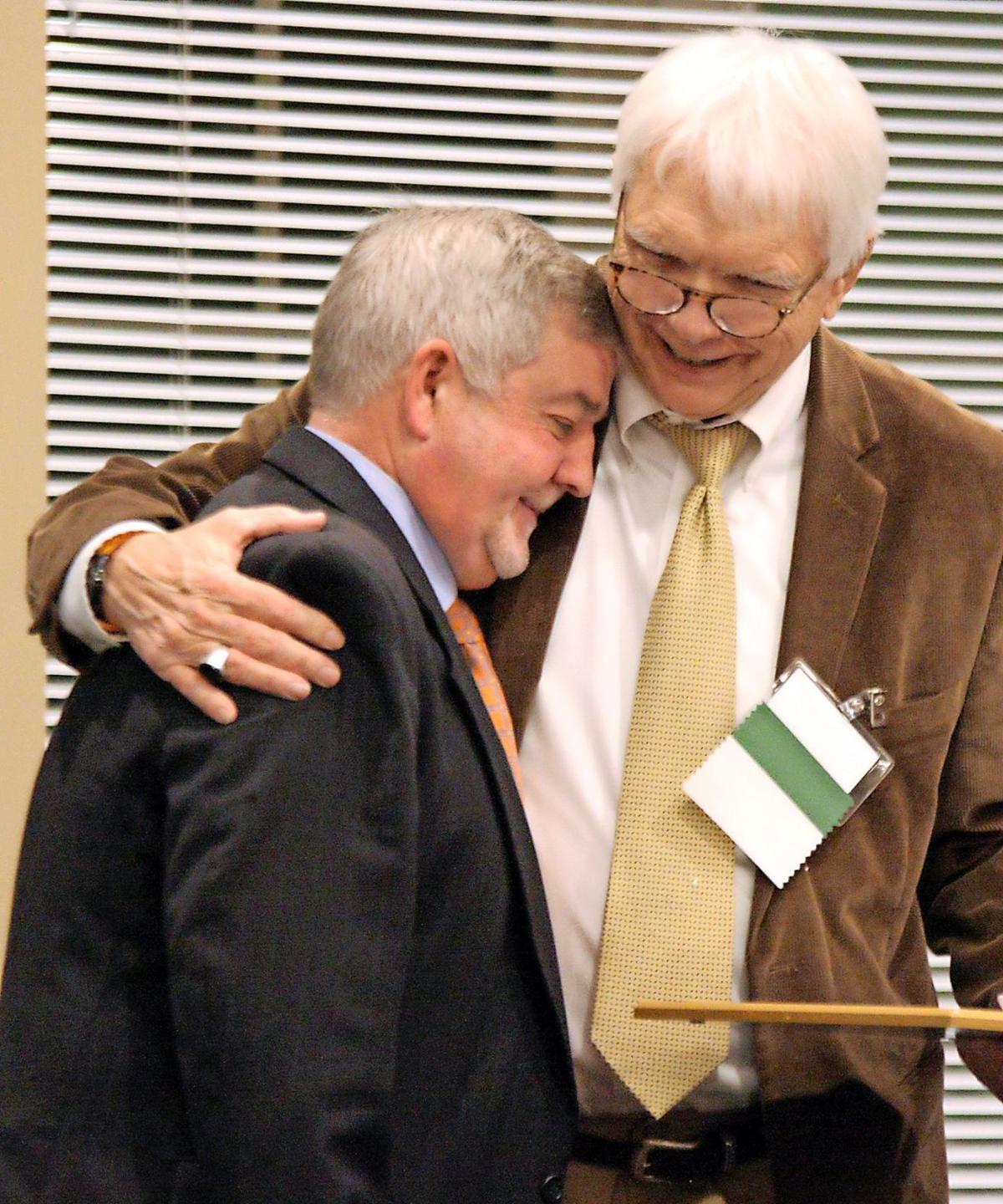 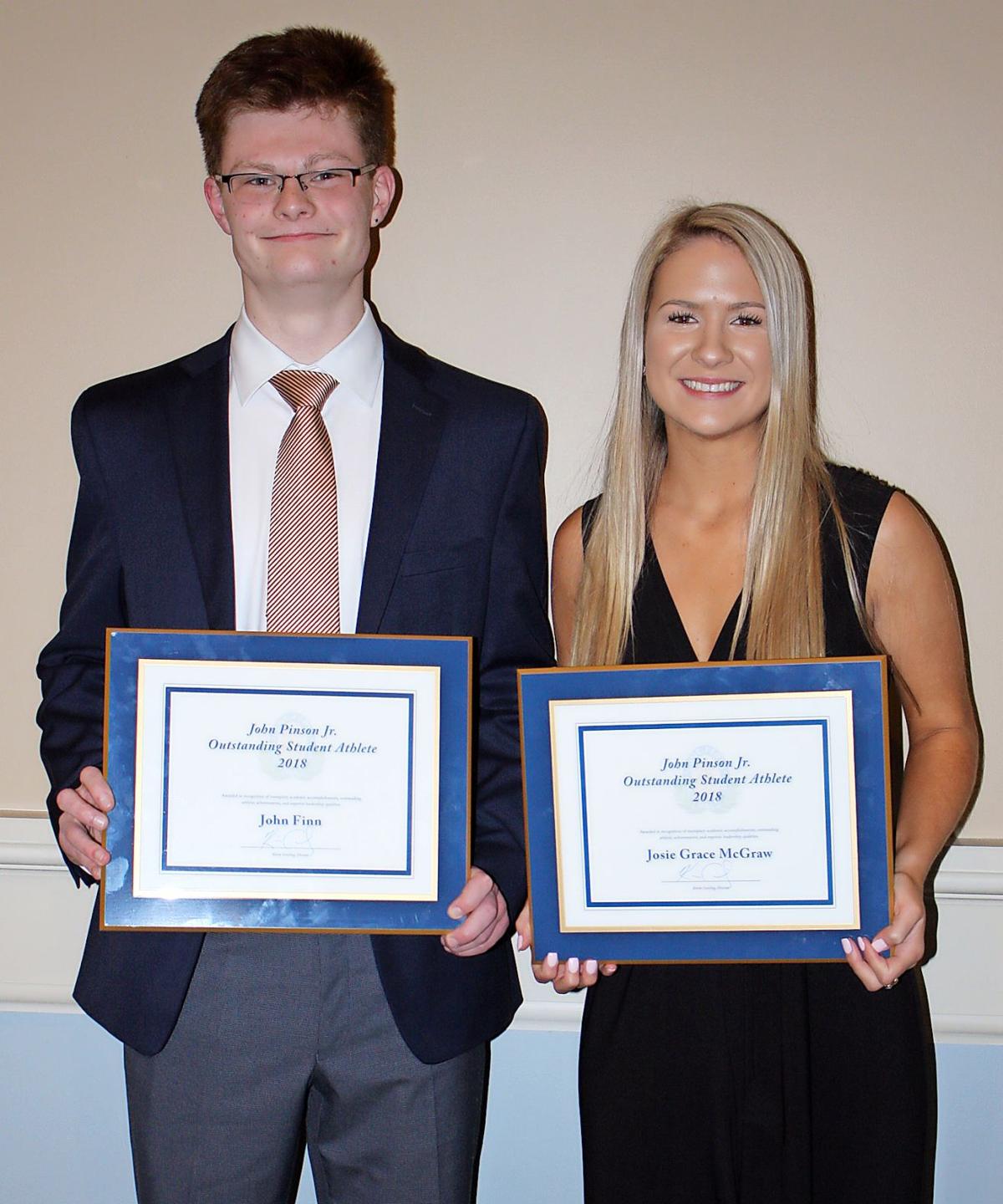 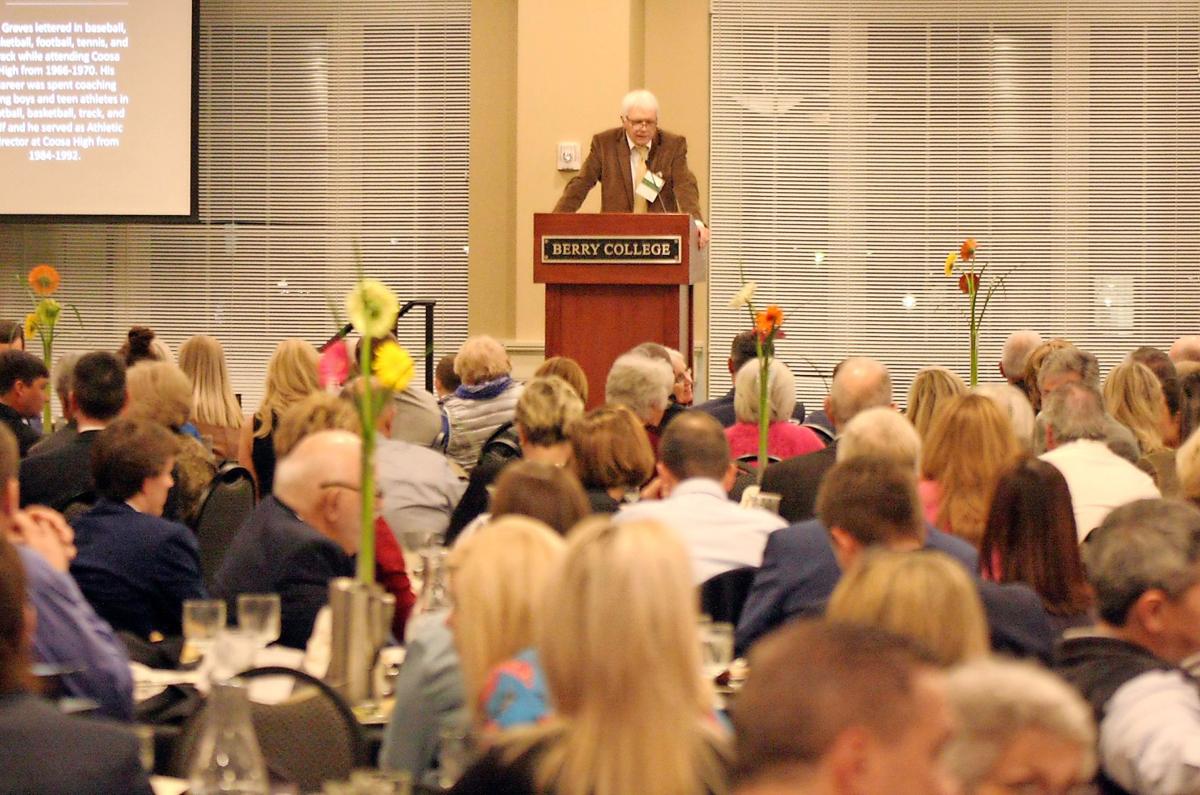 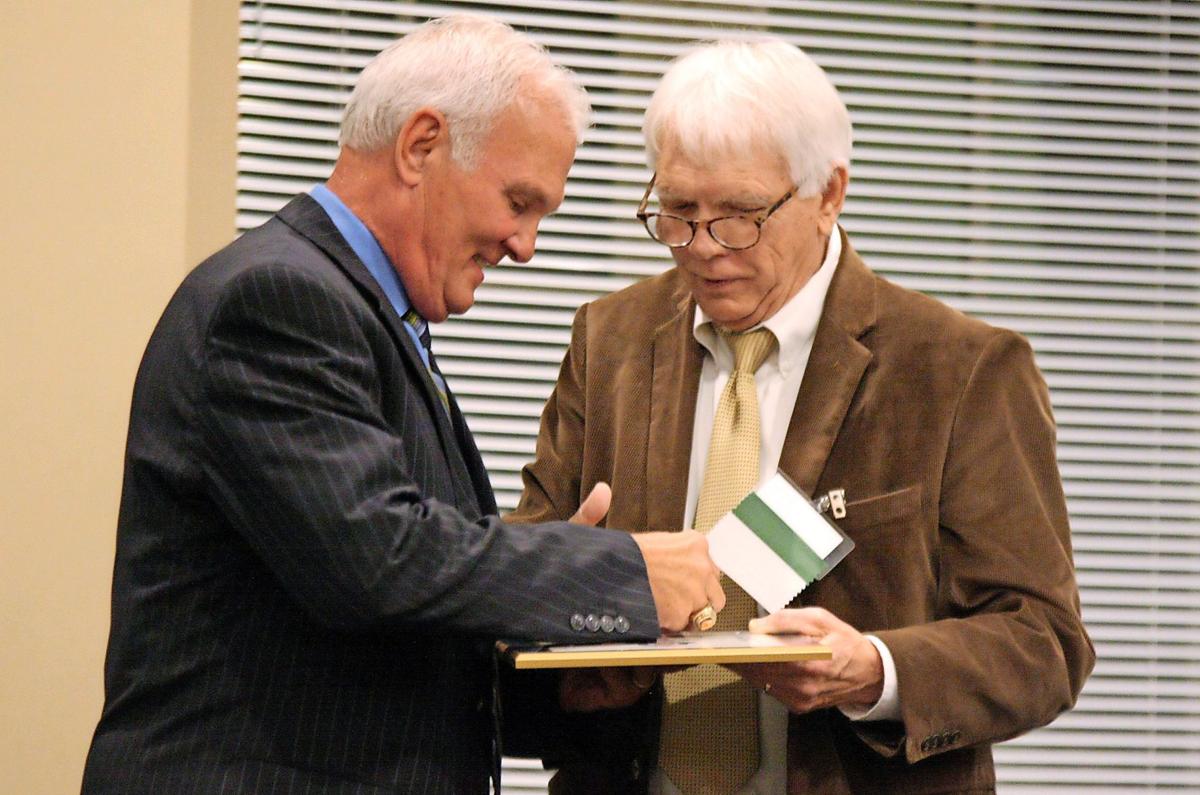 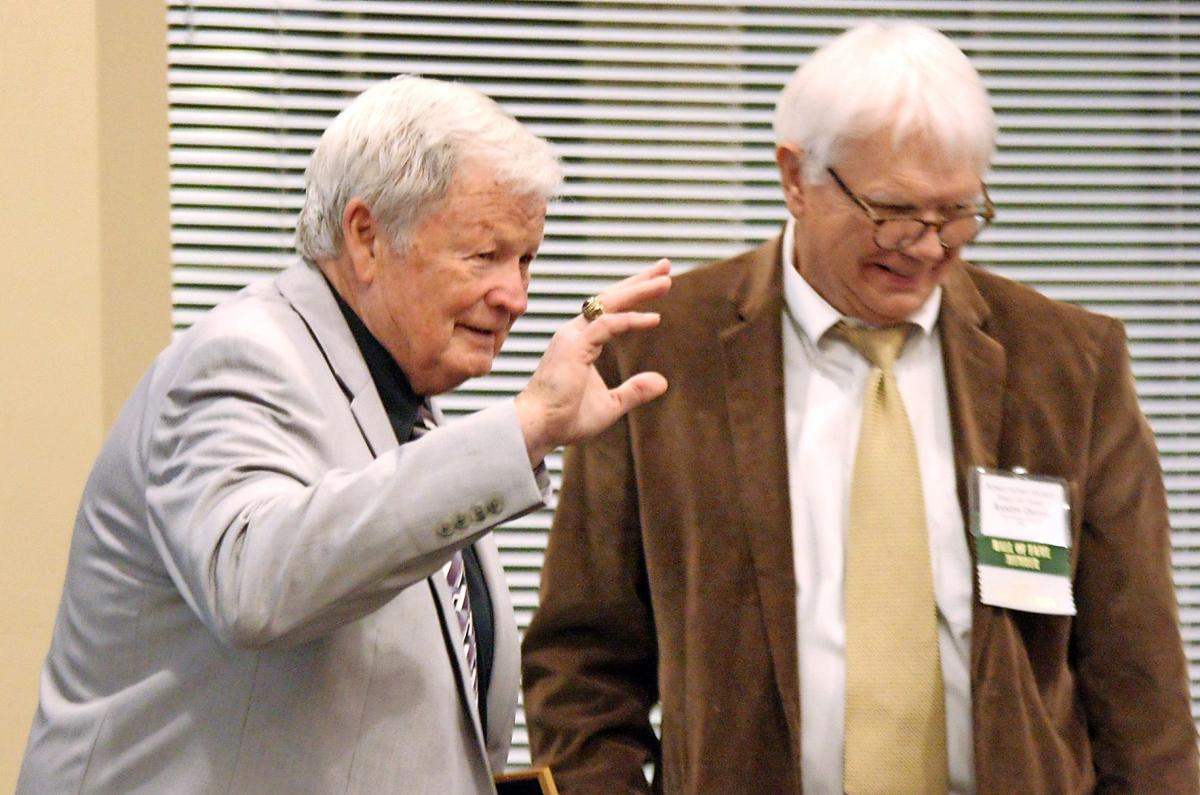 History, service and achievement were all recognized this week as the newest members of the Rome-Floyd Sports Hall of Fame were given the spotlight.

Five figures who have carved out places of significance in the Rome and Floyd County sports arena were inducted into the hall Monday as part of a special evening held at the Krannert Center Ballroom on the campus of Berry College.

Local radio broadcaster and Hall of Fame member Randy Davis served as masters of ceremonies, commenting the audience was one of the largest he could remember for the annual banquet.

“We’ve seen these people play sports, but more than sports, this is about recognizing those who display character,” Davis said. “And this is a class that is full of character.”

Bryner was inducted as an amateur athlete having attended the Mount Berry School for Boys and then Berry College where he excelled at basketball, baseball and track. He was named the team MVP multiple times in basketball and baseball at each school.

After graduating from Berry, he returned to the school to coach basketball, track and cross country from 1978-1982, becoming the only Mount Berry School for Boys and Berry College graduate to coach a major sport at Berry College.

Inducted in the lifetime achievement category, Echols’ first claim to fame was as a stellar athlete at Model from 1994-1998 where she helped lead the Lady Devils — then coached by hall of famer Andy Akin — to a pair of appearances in the state Sweet 16, one Final Four and a state runner-up.

She then became a teacher and coach at the school, getting hired as the girls’ basketball head coach in 2005 and becoming the winningest coach in Model High School history. The Lady Devils have won nine region titles and made the state playoffs each year under her guidance.

After graduating in 1970, the kicker and punter played football for Southern Mississippi before later going to Carson-Newman and playing there. He served as a coach and athletic director at Coosa from 1984-1992 and then served in the same capacities at Adairsville High School from 1992-2006.

Going into the hall as an amateur athlete, Kilgo was an all-state punter and kicker for the Pepperell Dragons from 1996-1998 and continued his career at the University of Georgia, where he served as the Bulldogs starting punter all four years of his collegiate career.

Kilgo was the first punter in Georgia’s history to average more than 40 yards per punt over four seasons and played in several bowl games as well as the SEC Championship game in 2002, which Georgia won.

Mathis was inducted for meritorious service after years of both being a supporter of youth athletics and contributing to the growth of local programs and opportunities for area youth as well.

A native of Lindale and a member of the faculty at Georgia Highlands College for 26 years, Mathis has been integral in organizing GHSA regional and state basketball tournaments as well as the annual Rome News-Tribune/Seven Hills Rotary Christmas tournament.

He has also been a project administrator for the National Youth Sports Program, which provides activities for disadvantaged youth, and a dedicated member of the Pepperell High School athletics booster club.

A traditional part of the annual banquet is the recognition of the John Pinson Jr. Outstanding Student Athlete Award scholarship nominees and the announcement of the winners. This year, the female winner was Pepperell’s Josie McGraw, while Rome High’s John Finn won the male award.