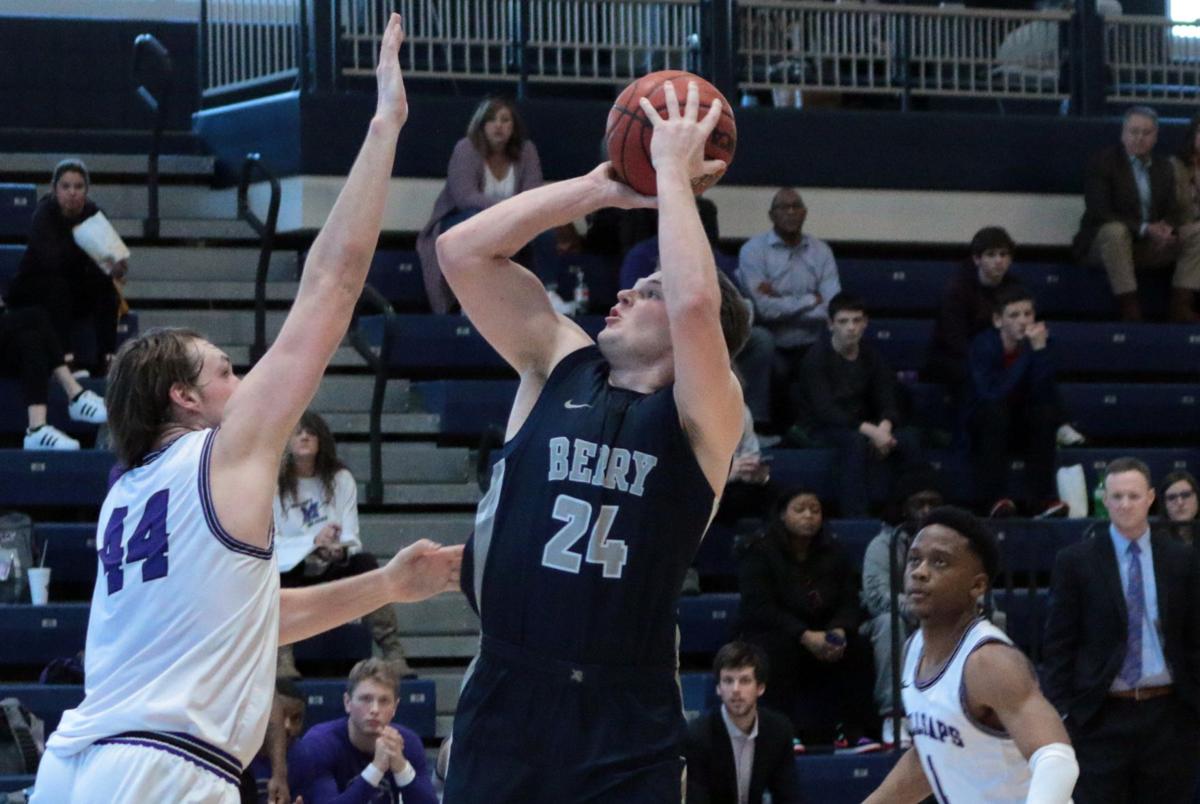 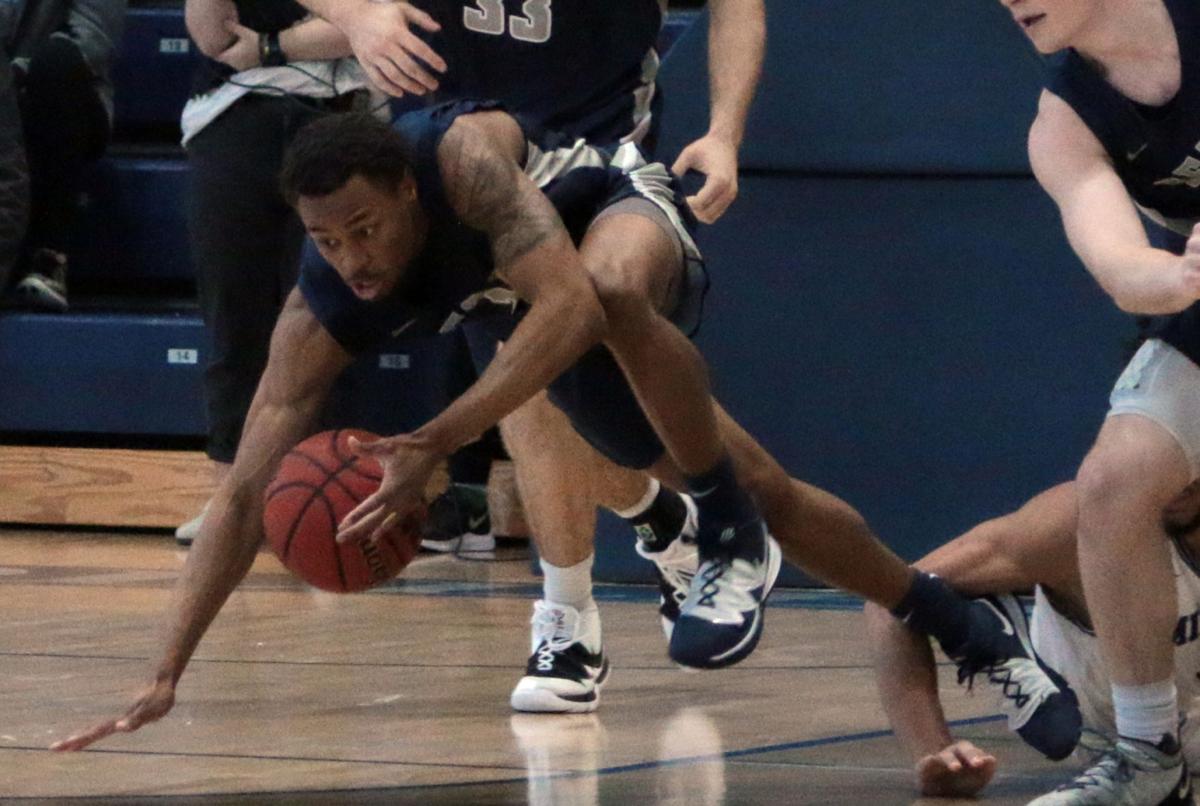 Berry’s Micah Johnson scrambles to get control of the ball during Sunday’s game against Millsaps at the Cage Center. 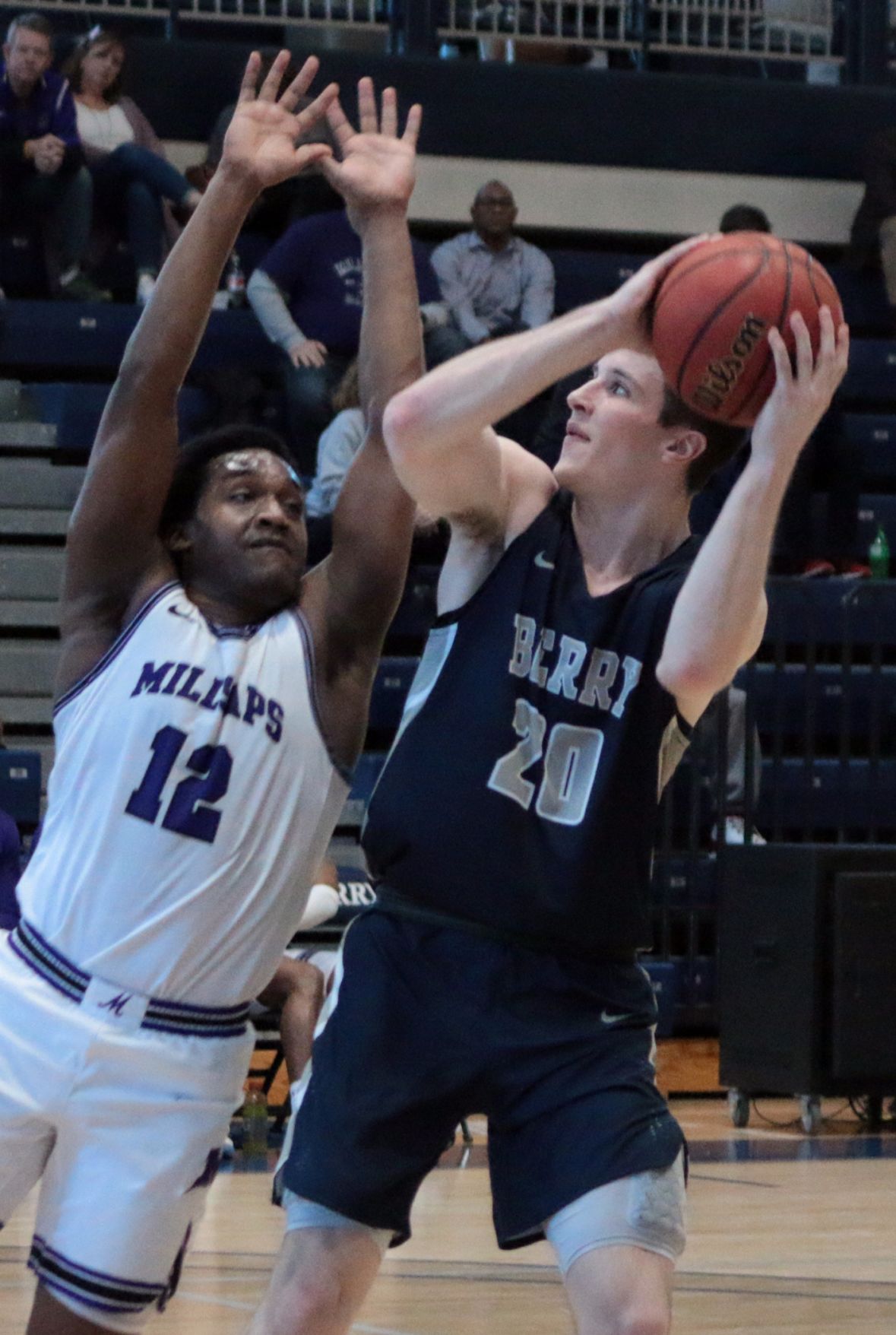 Berry's Drew Jones (20) looks to take a shot against Millsaps' Anthony Hughes during Sunday's game at the Cage Center. 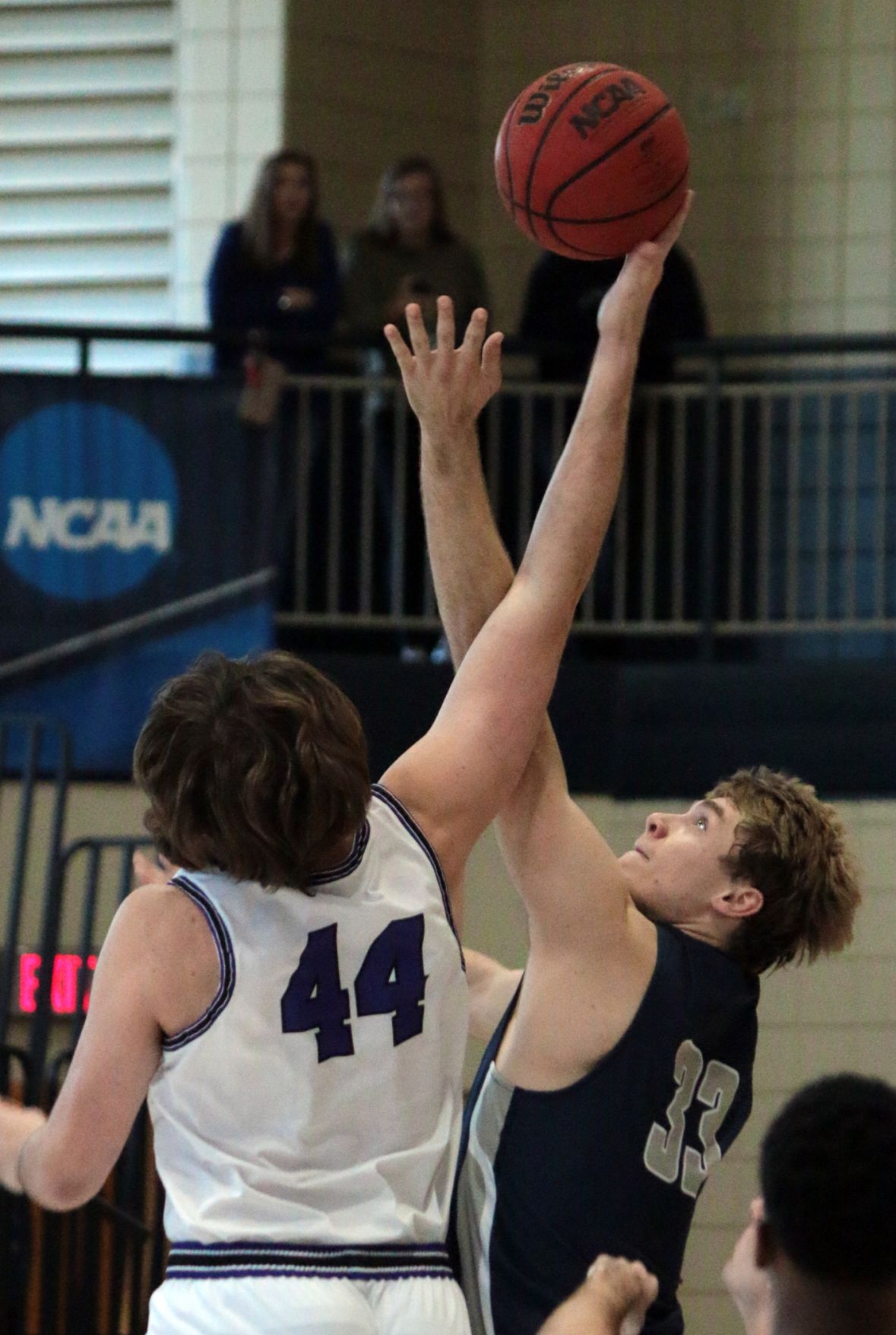 Berry's Austin Brooks (33) and Millsaps' Justin Van Pelt go up for the opening tipoff of Sunday's game at the Cage Center.

Berry’s Micah Johnson scrambles to get control of the ball during Sunday’s game against Millsaps at the Cage Center.

Berry's Drew Jones (20) looks to take a shot against Millsaps' Anthony Hughes during Sunday's game at the Cage Center.

Berry's Austin Brooks (33) and Millsaps' Justin Van Pelt go up for the opening tipoff of Sunday's game at the Cage Center.

Going to the line had been a sore subject for the Berry men’s basketball team this season, but Sunday’s game could serve as the start of the healing process.

The Vikings made 76.2% of their foul shots and opened the second half with a 12-0 run that catapulted them to a 68-54 win over visiting Millsaps in a Southern Athletic Association contest at the Cage Center.

It marks Berry’s first home victory since Jan. 3 and put them quickly back in the win column after dropping a game to Birmingham-Southern on Friday, 68-62.

“Millsaps is a very good team. They’ve got a seven footer down low, a couple of six-eights, very quick guards. I think they’re one of the upper teams in the conference, so it was good to get the win and get back on track in our winning ways,” Berry coach Mitch Cole said. “That’s been an Achilles heel for us this year, shooting free throws. So to shoot that percentage is great.”

“We knew if we could ever just get the ball moving a little bit more and maybe get to the second or third side of the offense we could get some more open shots,” Cole said. “We were settling for early, quick contested shots in the first half. And so we talked about trying to get a little bit more flow, a little bit more balance to our game, inside and out. They did it, and we ended up getting some good clean looks later in the possession.”

Leading the charge on the inside was Caleb Haynes. The 6-foot-5, 240-pound forward was the favorite point man in the paint and had 12 of his 16 points in the second half.

“He’s a staple down low with four years of experience. He’s one of the nation’s leaders in field goal percentage,” Cole said. “So we want him to shoot as many times as he can, because typically he shoots about 70% from the field. So anytime we can get him the ball and play through him we’re pretty excited.”

Micah Johnson led Berry with 21 points, including a pair of 3’s and going 5-of-6 from the line. The junior got some big steals and made a desperation trey from the corner as the shot clock was expiring with five minutes left that elicited cheers from the home crowd.

Wehunt had four 3-pointers to give him 12 total points, and Collin Sowada came off the bench to add eight for the Vikings, including making six of his eight foul shots.

Millsaps began fouling Berry in the final minute and a half, forcing them to go to the line where the Vikings went 8-of-9 down the stretch to extend their lead. Berry finished 16-of-21 in free throws compared to the Majors’ 5-of-11.

The Vikings will try to get some quick revenge on Friday as they start a four-game road stretch at Birmingham-Southern.