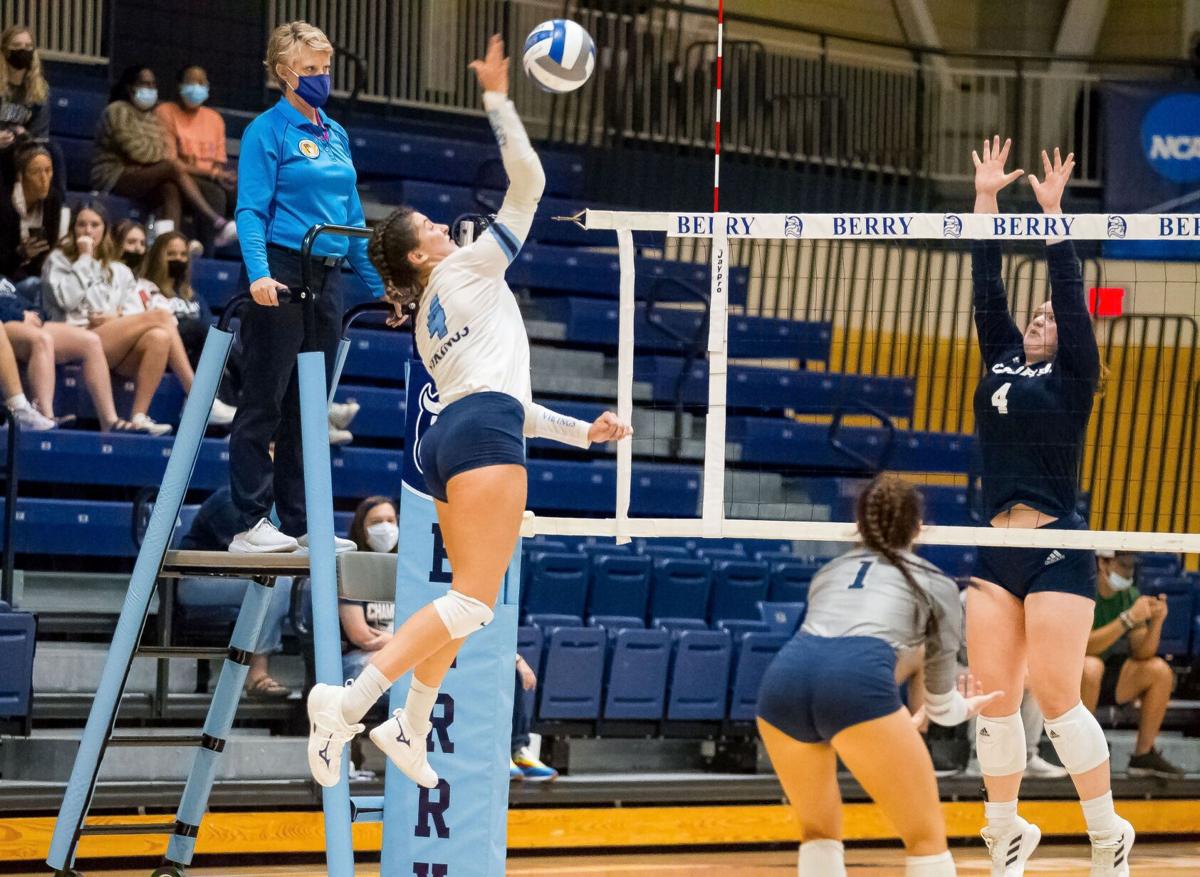 Berry’s Peyton Breissinger goes up for a kill during Tuesday’s match against Emory at The Cage. 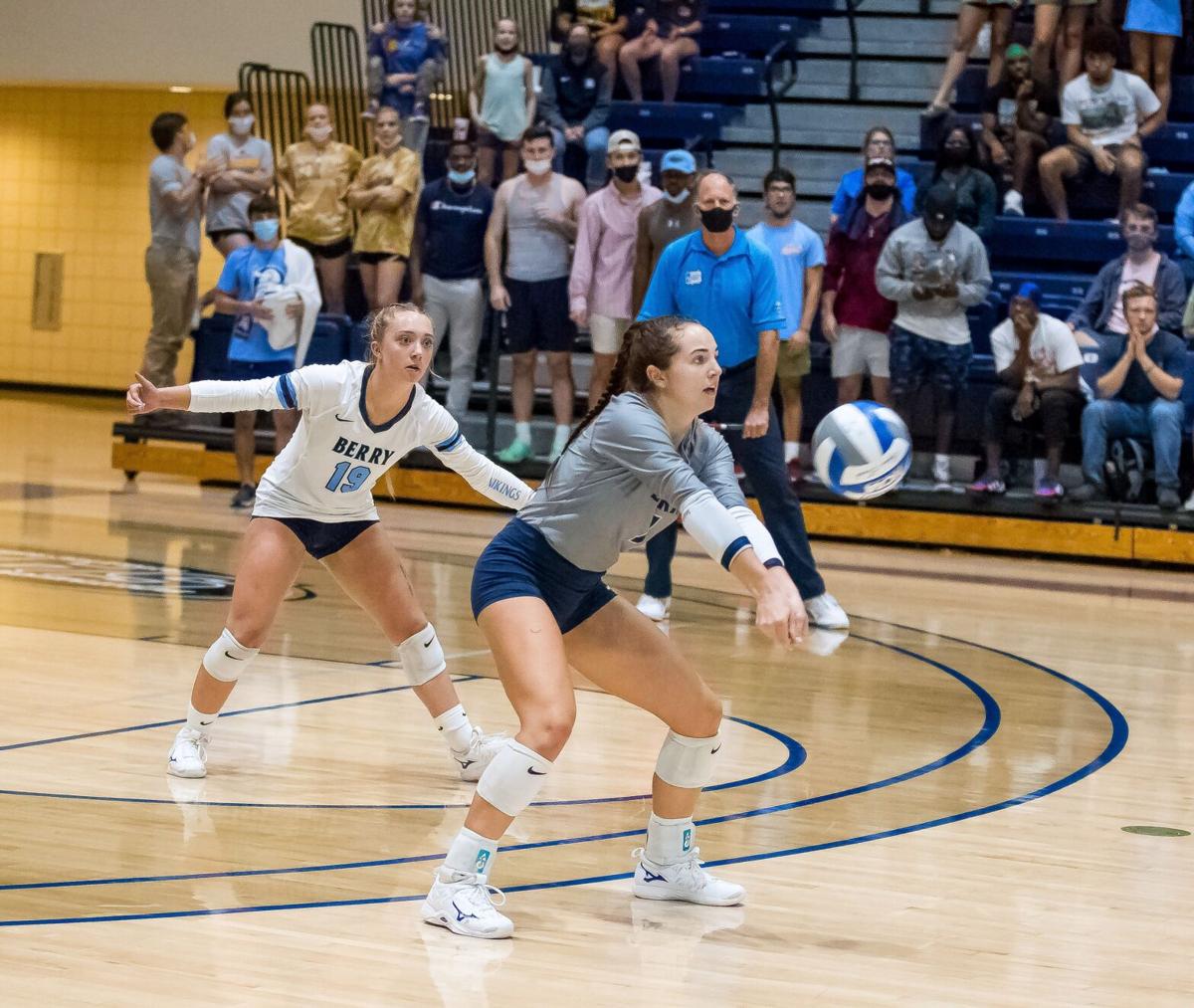 Berry’s Laura Beier gets a dig during Tuesday’s match against Emory.

Berry’s Peyton Breissinger goes up for a kill during Tuesday’s match against Emory at The Cage.

Berry’s Laura Beier gets a dig during Tuesday’s match against Emory.

When two nationally-ranked teams square off, it’s a sure bet that it will result in a showdown to remember.

That was the case Tuesday night at packed Cage Center when the No. 15-ranked Berry volleyball team battled No. 13 Emory in a non-conference matchup in a five-set thriller that ended with the visiting Eagles fighting off the Vikings for a 3-2 decision.

The Vikings started off strong and created the early momentum in the opening set, but the Eagles quickly got back on their feet to win the set, 25-23.

In the second set, Emory made the most of the momentum make it 2-0 winning handily 25-15, creating a do or die situation for the Vikings.

But Berry refused to back down in the third set as the Vikings gave everything they had and took the set, 25-14.

That brought the home crowd to its feet in the fourth set and while the two foes battled it out, with Emory seeking to close out the match and fighting to stay alive, the Vikings got their wish, taking the fourth set 26-24 to set up the fifth-set showdown.

Emory, however, made a late run in the final set to post a 15-11 win and seal the victory.

Jazzy Innis and Molly Bergin both recorded 17 kills on the night for the Vikings, Emily Rapach had 47 assists, and Laura Beier had 46 digs.

Berry, now 15-2 overall, hits the road this weekend and returns to Southern Athletic Conference action visiting Hendrix on Friday and Rhodes on Saturday.

In other recent college volleyball news:

The Lady Hawks (14-4) defeated the University of West Georgia Lady Wolves (9-9) 3-1 on Tuesday evening at home to win their tenth consecutive match.

Lacee Glover and Emily Crocker led the way for the Lady Hawks offensively and each had 10 kills. Carrington Terrell had eight kills. Annie Smith had 20 assists for Shorter, and Madison Sprosty added in 21 digs.

Shorter returns to action on Friday against Auburn University Montgomery. The match is slated to start at 6 p.m. in the Winthrop-King Centre.

For the third time this season, Beier has earned Southern Athletic Association recognition when the senior libero was named this week’s SAA Defensive Player of the Week in helping the Vikings add to what has been an eight-game win streak heading into Tuesday night’s non-conference clash against Emory.

During the Vikings’ three wins in last week, all against conference opponents, Beier totaled 88 digs, including a season-high 37 last week against Oglethorpe and had an SAA-high 6.77 digs per set.

Beier, who has 350 digs so far this season and is ranked first in the conference in digs per set for the year, has been the SAA’s Defensive Player of the Year for the last three seasons, was the 2020 SAA Player of the Year and is a two-time AVCA All-American.