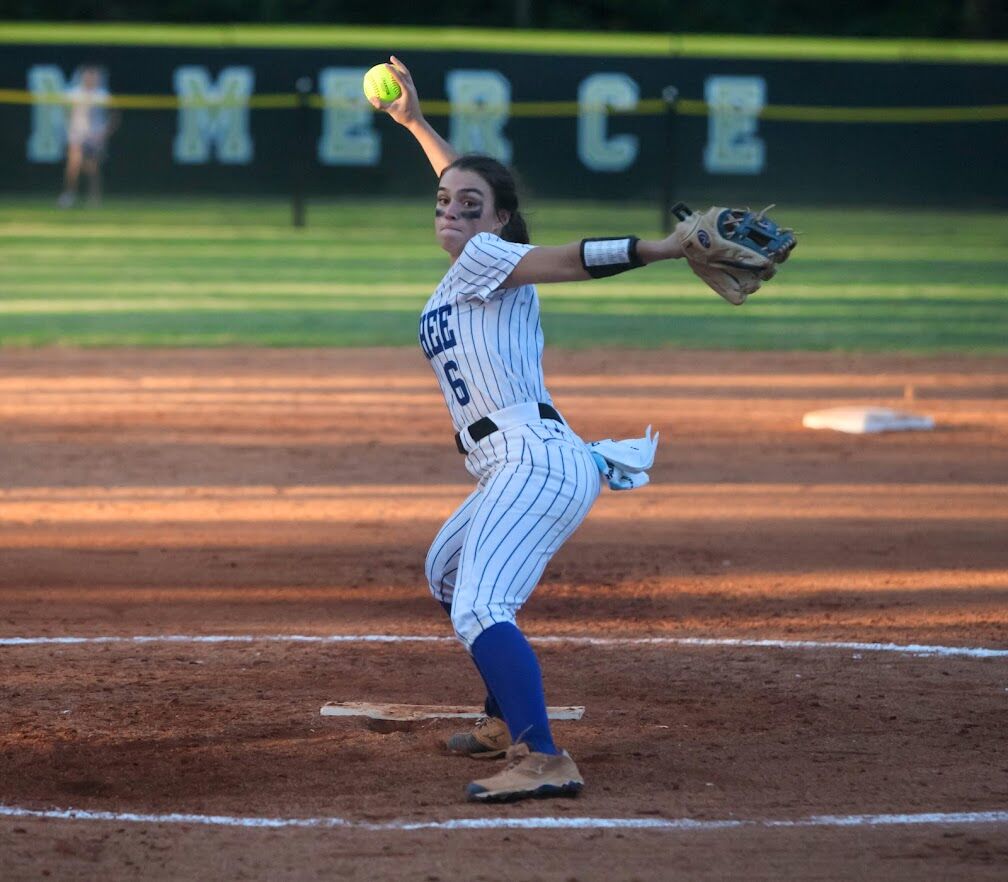 Armuchee’s Kelsie Burkett delivers a pitch to the plate during Game 1 of Wednesday’s Class A Public State Tournament first-round series at Commerce. 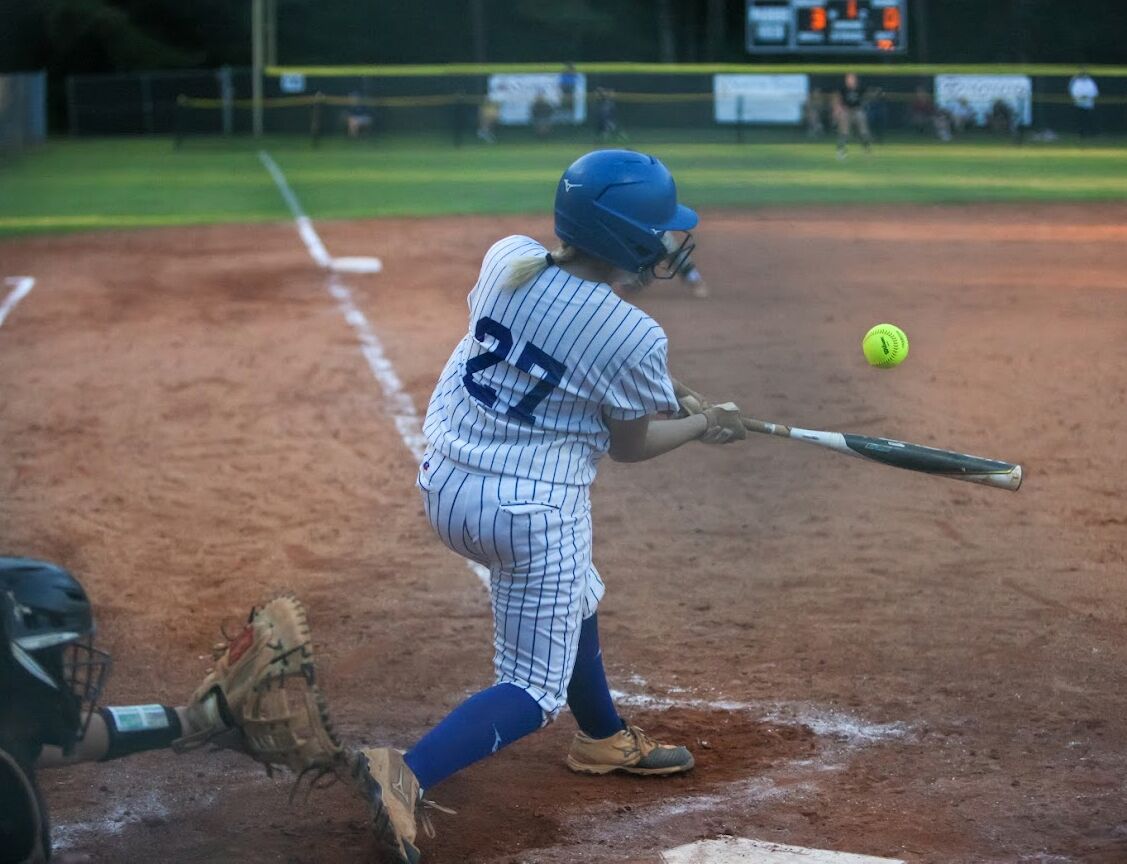 Armuchee's Izzy Espy makes contact before reaching base during Wednesday's series vs. Commerce.

Armuchee’s Kelsie Burkett delivers a pitch to the plate during Game 1 of Wednesday’s Class A Public State Tournament first-round series at Commerce.

Armuchee's Izzy Espy makes contact before reaching base during Wednesday's series vs. Commerce.

COMMERCE — Armuchee’s season ended Wednesday at the hands of the Commerce Tigers, the No. 2 seed from Region 8-A Public.

“We ran into arguably the best hitting team in the state and they proved it,” said Armuchee head coach Andy Henderson. “They have a short fence, and they know how to use it. It doesn’t dampen our season. We were led by our two seniors Kelsie Burkett, who I think is one of the best defensive outfielders in the state and Delaney Steen, who was the most selfless player I’ve coached in many years.”

Kelsie Burkett did manage to get two hits off Commerce in Game 1, but Armuchee was held hitless in Game 2.

Armuchee (9-17-1) threatened Commerce’s lead in the top of the fourth inning by loading the bases with no outs. Izzy Espy and Kelsey Wooten reached on errors in the infield, and Kenzie Osborn singled on a shallow pop fly.

However, the runner was picked off at third base, and the Tigers got two more outs via a strikeout and a ground ball to squash the Lady Indians’ rally attempt.

The Tigers added three more runs in the bottom of the fourth inning to go up 8-0. Armuchee made one last attempt at a rally in the top of the fifth inning when Sara Harris drew a one-out walk and Burkett singled on a line drive to right field. Two strikeouts brought the game to a premature ending.

Commerce will now move on to the second round of the Class A Public State Tournament where they will visit Region 2-A Public No. 1 seed Lanier County. Armuchee’s season comes to a close after their first state tournament appearance since 2017.

Henderson said he is excited about the direction the program is going with a lot of young talent returning next season.

“We will return everyone else other than those seniors, including our shortstop Kelsey Wooten, who hit .517 this season as well as several other juniors and our No. 1 pitcher, sophomore Sara Harris.

“We will get back to work soon on the field and in the weight room to see what the future holds.”