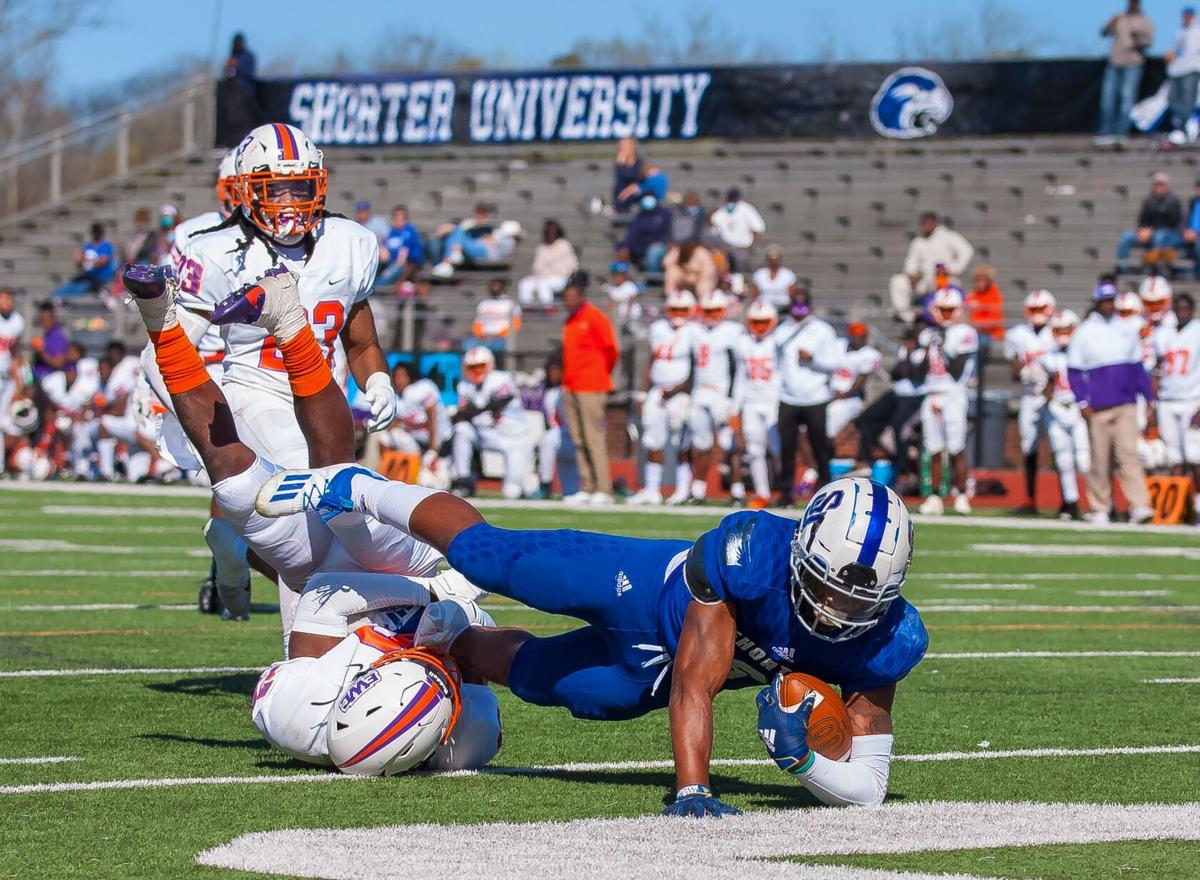 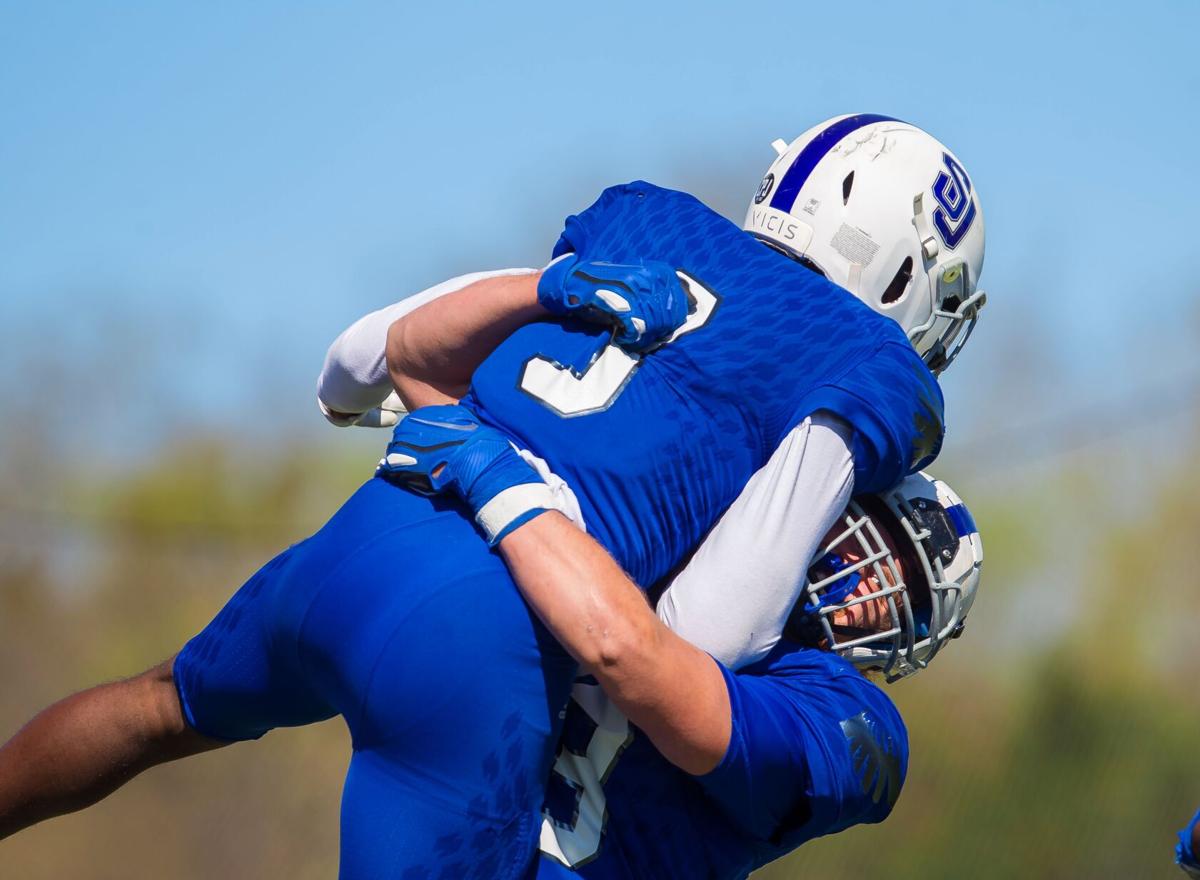 Shorter football’s motto of “brick by brick” has been instilled throughout the ranks of the team.

The Hawks have had their fair share of lows over the course of the previous five years, but this spring has seen a rebirth of a football program that is out to prove wins are well within reach.

Last Saturday was the latest example of that as the Hawks crushed Edward Waters 52-5 at Darlington’s Chris Hunter Stadium. It’s the largest margin of victory at home in Shorter football history.

“Our offensive coordinator Blaise Holzer and Coach (Harlan) Jacobs, our defensive coordinator, they had a great game plan in mind set for us to be successful,” Hawks head coach Zach Morrison said in a phone interview. “I think it was the best team victory that we’ve had in a long time because we scored two special teams touchdowns, we scored a defensive touchdown and offensively, we scored 31 points.”

Nemo Reddish’s 46-yard pick six got the day started and Shorter never glanced in the rear-view mirror. Redshirt junior quarterback Brandon Dickerson was efficient throughout the day, throwing 9-for-12 with 176 yards and three touchdowns.

Freshman running back Jaiden Dollard found the end zone twice, once on offense and the other on special teams. Dollard scored on a 4-yard run toward the end of the first quarter to make it 14-0, then returned an Edward Waters kickoff 97 yards to the house, making it 28-5.

Defensive back Marcus Cody capped off the day with a fumble recovery in the end zone and a new winning streak officially started seconds later, the first for Shorter since October 2015.

Shorter’s offense totaled 303 yards. While the Hawks only ran 44 plays (to Edward Waters’ 81), the team averaged 6.9 yards per play.

The symbolism, however, of the largest home margin of victory goes beyond just Saturday, or even the last two weeks. Morrison said this has been building, brick by brick, since the fall.

“It’s the process we go through and it’s the process of the guys understanding every single person plays a role in the success of the team,” Morrison said. “That ‘brick by brick’ process, it’s guys pushing themselves and others around them to better themselves and you’ve got guys that are bought in. You’ve got ... student-athletes that want to be here and they want this place to be successful. They see the strides on the field. They see the strides in the classroom. They’re seeing better relationships on and off the field in terms of the team and the university. It encompasses all of those things.”

The Hawks (2-1) turn their attention to the 2021 spring season finale against Fort Valley State University, set for a kickoff time of 2 p.m. Saturday at Chris Hunter Stadium. Shorter is going for its first winning record since 2012.

“This is (Fort Valley State’s) first game of the spring,” Morrison said. “We’re expecting them to come out hungry. I want to see great effort and great attitude. I want to see great body language on the field every day (of practice). I wan to see guys flying around. (A win) would give us some great momentum going into the fall.”

After Saturday, Morrison said the team will continue to work out on April, followed by a break for finals and the beginning of the summer break. Morrison added he expects a full football season come September, which could feature a roster of about 45 seniors.

“Now as an upperclassmen-heavy team, the expectation is laid by the coaching staff as well as the players and there’s accountability from those players,” Morrison said.