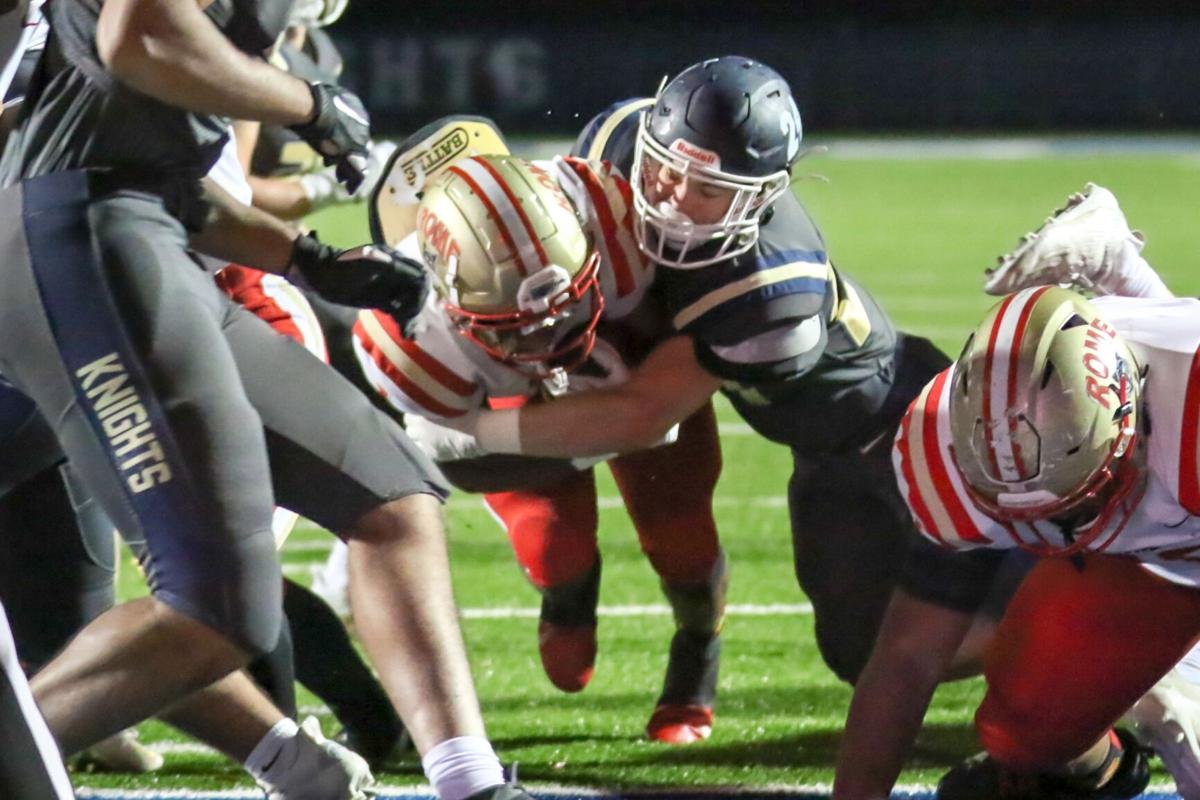 Rome senior running back EJ Lackey muscles his way into the end zone for a touchdown during the Wolves’ Sweet 16 game against the River Ridge Knights on Friday, Dec. 4, in Woodstock. 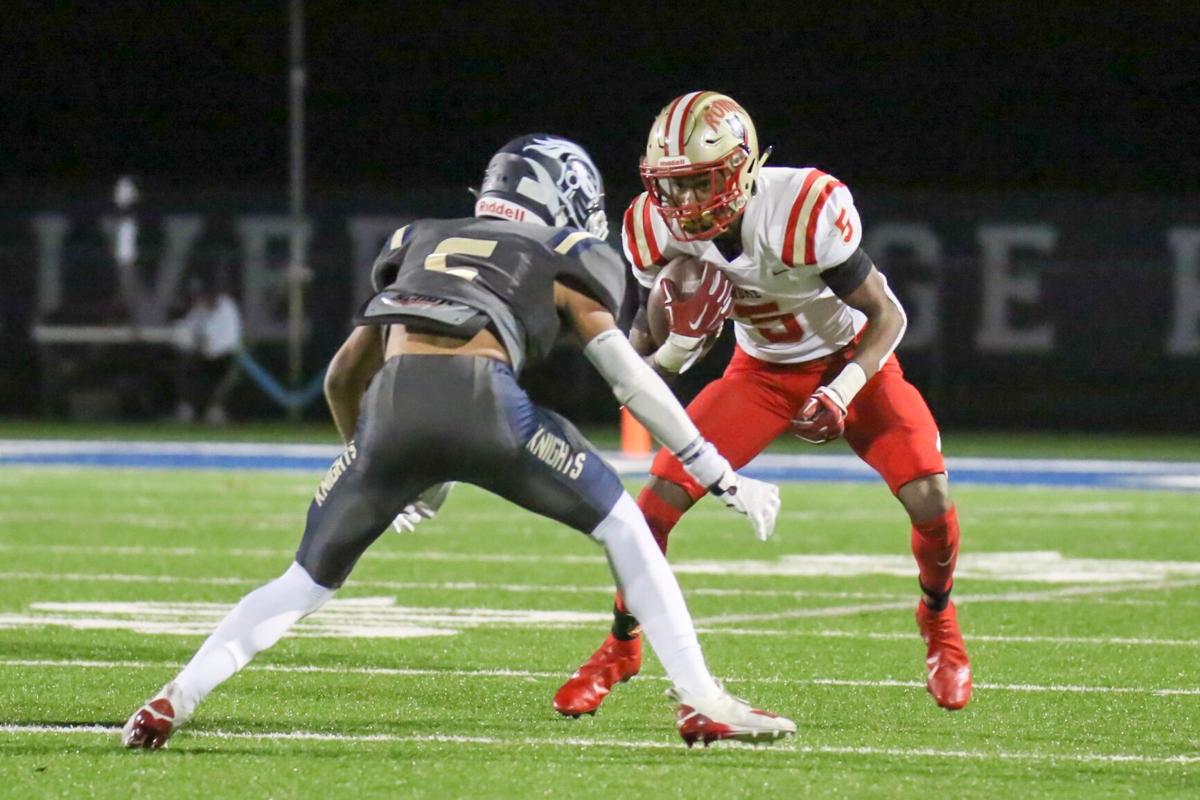 Rome senior Jaquavious Wise (5) squares off against Chase Usher (6) during the Wolves’ Sweet 16 game against the River Ridge Knights on Friday, Dec. 4, in Woodstock.

Rome senior running back EJ Lackey muscles his way into the end zone for a touchdown during the Wolves’ Sweet 16 game against the River Ridge Knights on Friday, Dec. 4, in Woodstock.

Rome senior Jaquavious Wise (5) squares off against Chase Usher (6) during the Wolves’ Sweet 16 game against the River Ridge Knights on Friday, Dec. 4, in Woodstock.

The Rome Wolves could not overcome a fast start by the host River Ridge Knights as they fell Friday night 42-10 in their Sweet 16 contest in Woodstock. Rome officially finishes its season in the Sweet 16 for the second consecutive year.

“They outplayed us,” Wolves head coach John Reid said. “They got off to a tremendously fast start when they play at home and they executed well on all aspects. We just kind of got caught on our heels and couldn’t recover.”

River Ridge junior quarterback Carson Lathem got the Knights on the board first about halfway through the first quarter with a 27-yard strike to Jackson Head.

Minutes later, the Knights were driving once more as junior running back Amehre Morrison scored the first of his three rushing touchdowns of the evening with a 14-yard scamper for six to make it 14-0.

After a Rome penalty to move the kickoff upfield, River Ridge caught the Wolves off guard with an onside kick, which was recovered by the Knights at the Rome 33.

Two plays later, Morrison was standing in the end zone with a second rushing TD. River Ridge had 14 points in 15 seconds. After 12 minutes, it was all Knights at 21-0.

Rome’s offense managed points early in the second quarter as running back EJ Lackey scored from 2 yards out. The senior finishes the season with 10 ground scores.

However, River Ridge did not let off the gas pedal as junior Andrew Bingham added his first of two rushing touchdowns of restore the Knights’ three-score lead at halftime.

Rome senior kicker Fernando Lopez-Romero added a 39-yard field goal in the second half, but fourth-quarter rushing scores from Bingham and Morrison would see River Ridge through to the elite eight.

Lackey recorded 84 yards on 15 carries and the lone touchdown. His final season in a Wolves uniform sees him earn 1,139 rushing yards.

“We stay on them,” Reid said about his seniors. “The other day, we have 15 ex players at practice. They know that, although they can’t play anymore, their time with us is not done and we follow them and we try to help them along.”

Rome’s final record in its first season in Class AAAAAA goes down as 8-4. The Wolves will have a lot of players with varsity experience returning next fall.

The Knights advance on to the Class AAAAAA Elite Eight and will host Lee County this week at River Ridge High School.

National Guard sleeping in the Capitol an echo of Civil War

Nebraska men's basketball season on hold because of virus

Trump must be cut off from intelligence briefings, Schiff says