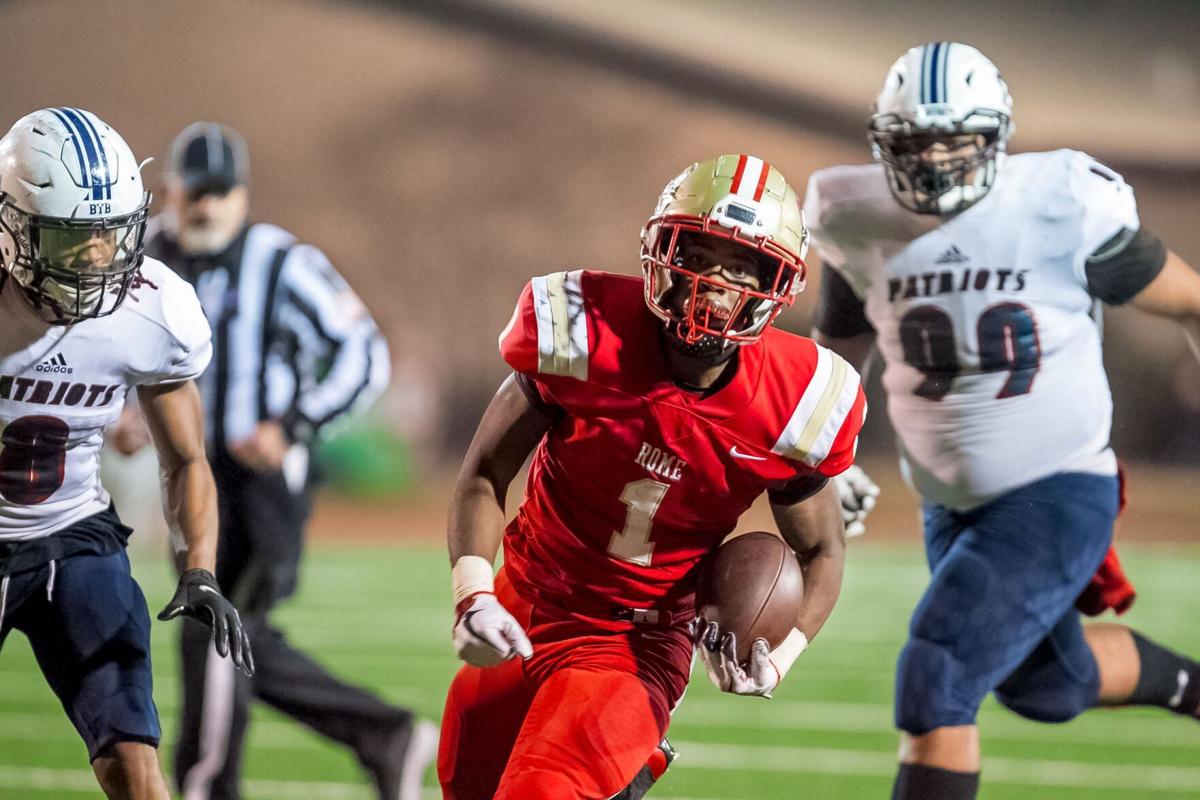 Rome senior EJ Lackey carries during a region game against the Paulding County Patriots at Barron Stadium on Friday, Nov. 20. 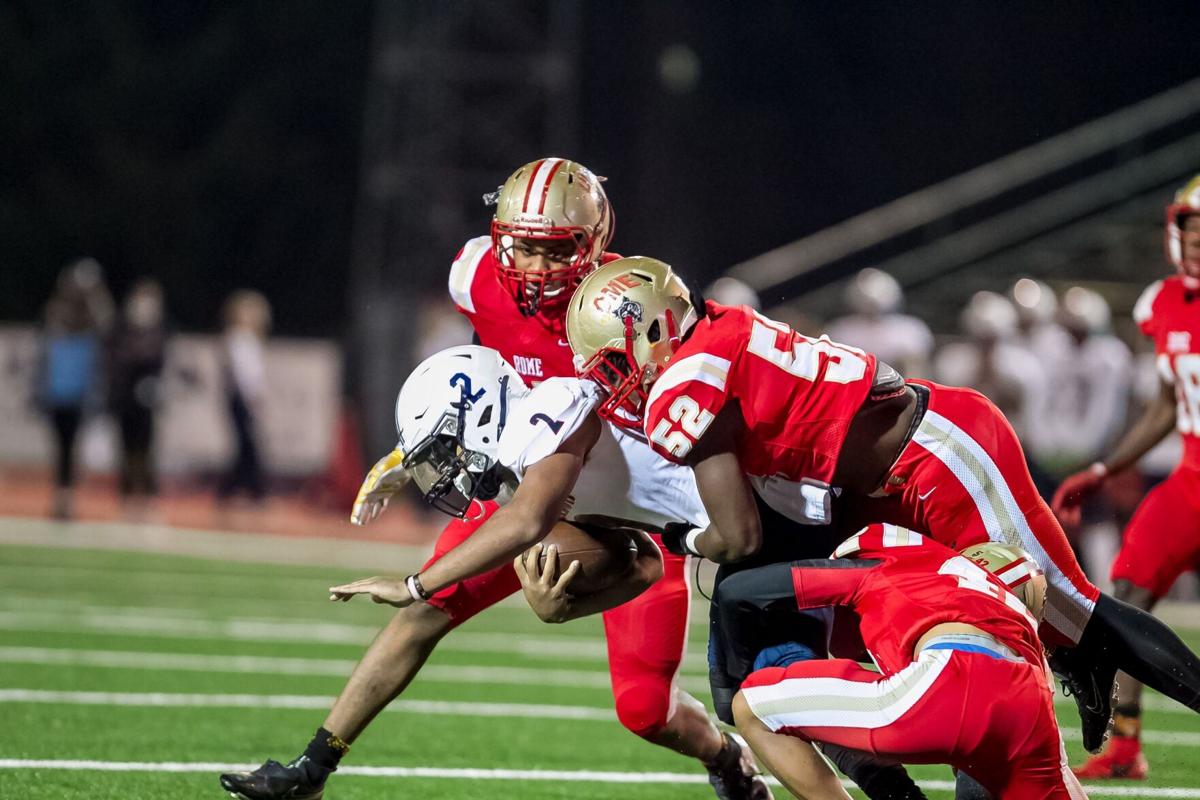 Rome junior Jyrine Griffin makes a tackle during the Wolves' region game against Paulding County on Friday, Nov. 20. Griffin had an interception during in the fourth quarter.

Rome senior EJ Lackey carries during a region game against the Paulding County Patriots at Barron Stadium on Friday, Nov. 20.

Rome junior Jyrine Griffin makes a tackle during the Wolves' region game against Paulding County on Friday, Nov. 20. Griffin had an interception during in the fourth quarter.

The Rome Wolves captured the No. 2 seed from Region 5-AAAAAA after a 56-27 offensive outpouring against the visiting Paulding County Patriots on Friday. The win assures the Wolves of hosting a first-round playoff game at Barron Stadium next Friday night against Region 8’s No. 3 seed.

“I thought if we really work hard, we might be able to get in, make the playoffs,” Wolves head coach John Reid said. “I’m really, really proud of this crew, really proud of our coaching staff. We have worked our tails off since June, with no (preseason) football and doing push ups and air squats to get to here it’s remarkable.”

The game started out less than ideal for the Wolves. On the second play of the game, Fountain’s intended pass for Jay Wise was fumbled, picked up by Paulding County’s Si’Les Modisett and returned all the way to the Rome 1-yard line. One play later, Paulding County scored the opening points on a 1-yard rush.

Lackey’s 73-yard burst would be the first of four times he would find the end zone. In total, Lackey powered for 237 yards on 25 carries.

The Wolves quickly took control of the game, going up 21-6 before 12 minutes had run off the clock.

Freshman quarterback Reece Fountain threw his lone touchdown pass of the evening late in the first quarter as the pocket collapsed around him, laying a ball over the top to the leaping grab of Martel Hight beyond the goal line. Fountain finished the evening 6-for-11 for 118 yards.

Paulding County would cut the deficit to a one-score game when quarterback Brayden Mauldin located Kahlil Jones from 9 yards away to make it 21-13. However, Lackey would find the end zone once more, this time from 25 yards with less than a minute to go as Rome led 28-13 at halftime.

Moments later, Lackey would score his final touchdown just 58 seconds into the second half as Rome extended the edge to 35-13.

Up 42-27 early in the fourth quarter and needing a response to a Paulding County touchdown, senior Jay Wise stepped up and blazed by the Patriots’ kickoff unit for a 99-yard kickoff return for a touchdown.

Rome freshman running back Shaun Nelson would score the game’s final points on a 4-yard touchdown run and the Wolves tallied at least 56 points for the first time since Sept. 6, 2019, in a 63-6 win over North Clayton.

“I think over the course of a few years back, probably even the last year, people came to our games came to expect some of that,” Reid said. “I think at Rome right now we’re developing some kids that can score and score in multiple ways. It kind of reminds me of some of the old times.”

The Wolves complete the 2020 regular season 7-3, including a 6-1 Region 5-AAAAAA record in the first year of moving up to Class 6A.

“We said five weeks ago at Carrollton if we can win out, we’ll get a home playoff game, and that was our goal,” Reid said. “I think it says something for the kids and the coaching staff to say you’re going to do something, to say that’s your goal and achieve it is quite an accomplishment.”

Rome returns to action next Friday night for the opening round of the playoffs. Time and opponent are to be determined.

“I think the Thanksgiving holiday can be an advantage if the kids use it to their advantage,” Reid said. “I guess the message is now that there’s half the teams gone is try to ... find a way to survive next week.”

WASHINGTON (AP) — President Donald Trump said Sunday he was “ashamed” for endorsing the Republican governor of Georgia after he lost in the state to Democrat Joe Biden.

A long road to US charges against Islamic State 'Beatles'

Source: Pa. lawmaker gets a positive test at Trump meeting

Biden breaks foot while playing with dog, to wear a boot