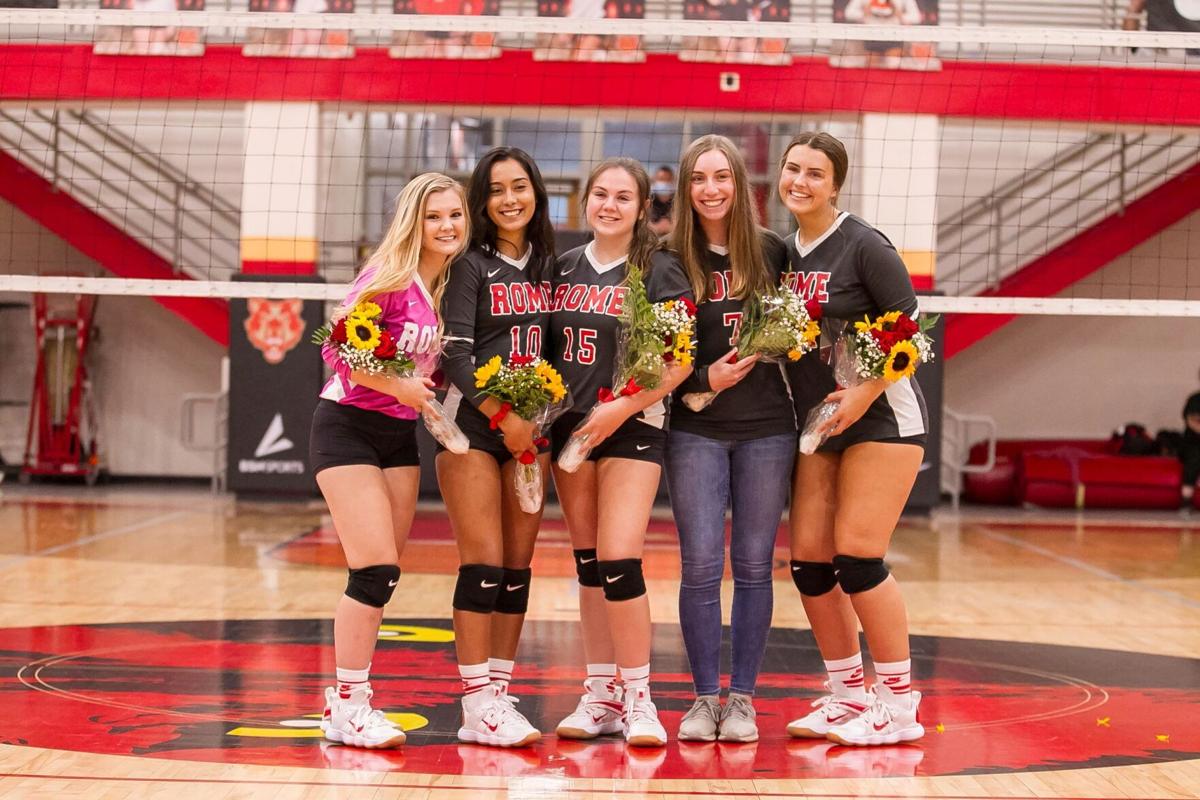 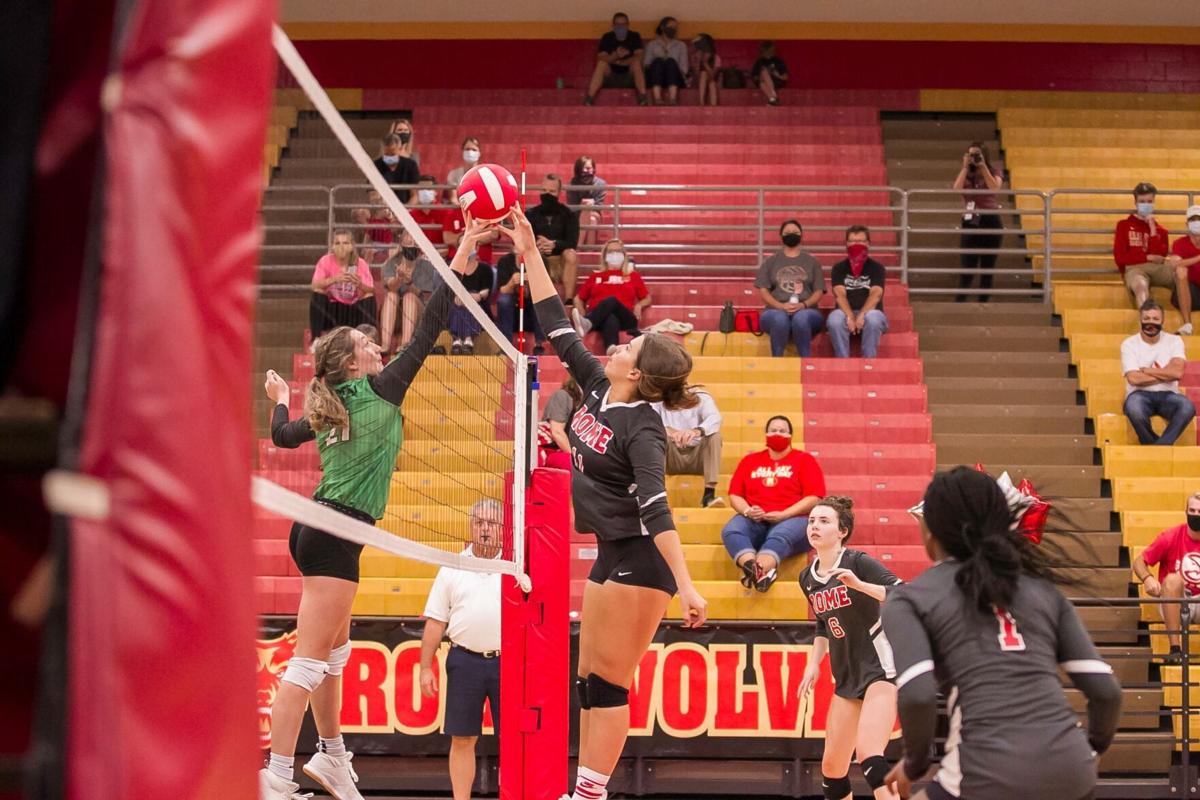 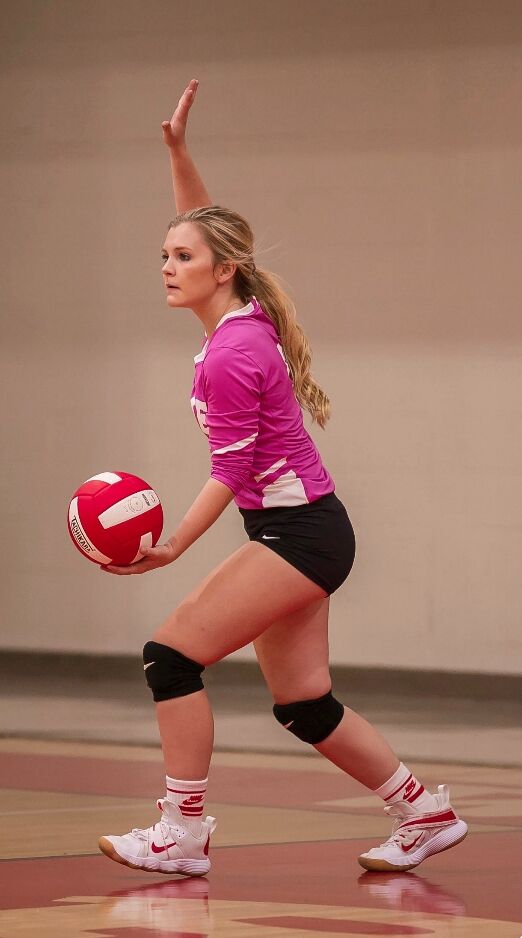 The Rome Lady Wolves celebrated senior night in grand style on Friday night, claiming victories over Murray County and Rockmart. Rome moved back to .500 at 6-6.

“The unseen work that they’re putting in is really what stands out to me to get to this point,” Lady Wolves head coach Kathryn Price said. “I think we’re just thankful that we’ve made it this far. We moved up our senior night quite a bit just to make sure we did have it. The (underclassmen) poured into (the seniors) and it was good to see that. I think they felt loved and cared about.”

In the first match of the evening, Rome battled the Murray County Lady Indians. The Lady Wolves took the first set 25-15, then lost the second set 25-15.

The third set saw Murray County build a 14-11 advantage, sending the game to match point. However, following a timeout, Rome rallied back with five straight points to complete the comeback 16-14, winning the match 2-1.

“I told them to focus on just the basics,” Price said. “I was so happy to see they came out there, overcame that they were down by three points, and served and came back to win that game.”

Rome volleyball then honored the seniors of Murray County, Rockmart and Rome. In a tribute, each senior was presented with a bouquet of flowers and individual baskets.

“The leadership of my seniors is unlike most senior leaderships,” Price said. “Not only are they positive, but they are very assertive in a good way. They choose to speak to their teammates not only in a very teammate fashion, but they give them advice on what to do better and that’s hard to do sometimes without overstepping your boundaries. That not only gains the respect of anybody that you’re playing with, but it definitely makes a difference on the court.”

In the final match of the evening, Rome faced Rockmart, taking the first set handily 25-9.

During the second set, with Lady Wolves up 10-5, senior captain Lauren Davis went down with an ankle injury and was helped off the floor.

“I think she rolled her ankle,” Price said. “She seems in high spirits, so we’re hoping that Monday, we figure out what’s going on and we get her back in the gym quickly.”

After play resumed, Rockmart charged back, pulling within two at 16-14. But the Lady Wolves’ strengths proved to be too much, going on a 9-1 rally to win 25-15, capturing the match 2-0.

“Rebounding that quickly just shows how much they respect (Davis),” Price said. “That’s not something I can teach. That’s something that girl has gained the respect of her teammates (and) her coaches. I think seeing that should make her not only super proud of how her leadership has grown, but I’m so proud of my girls for the way that they ... took advantage of that situation and played for her.”

Rome prepares for a match at Allatoona High School on Thursday.