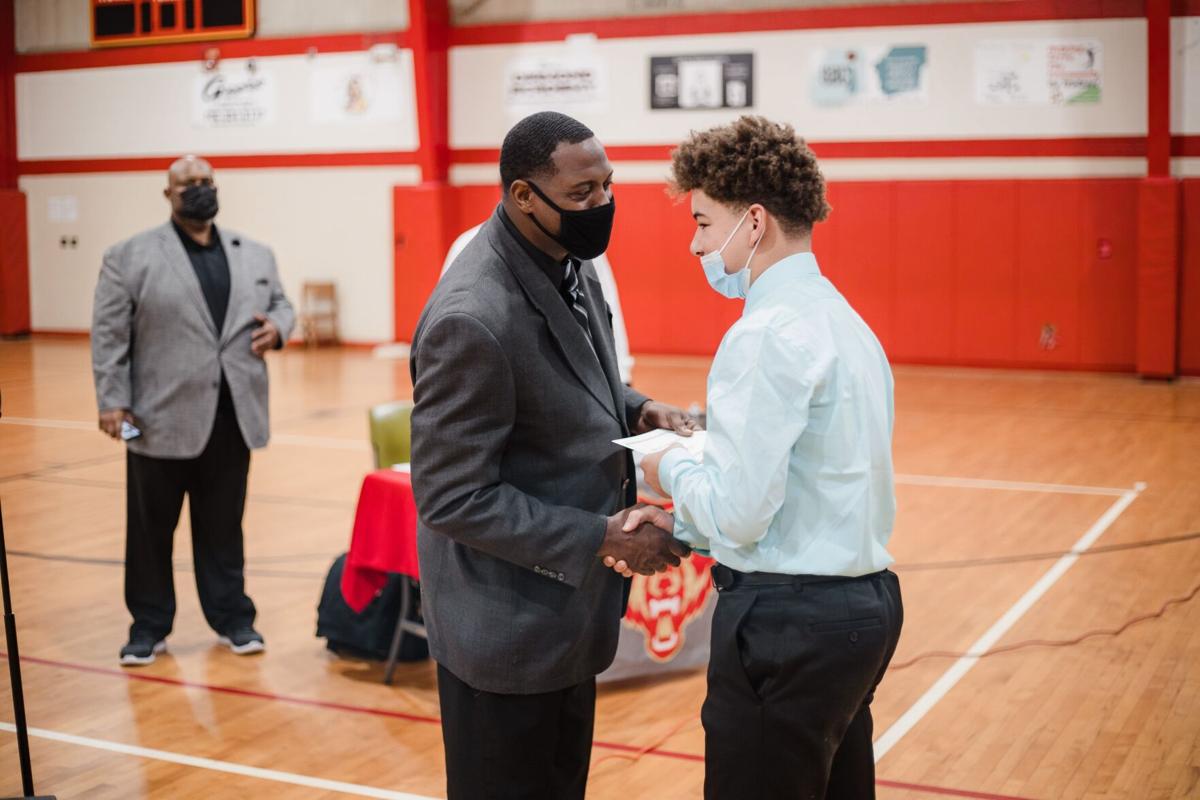 Tyler Lester is presented with an award during a ceremony at Rome Middle School. Pictured here are Charles Smith, Alvin Powell, Tyler Lester. 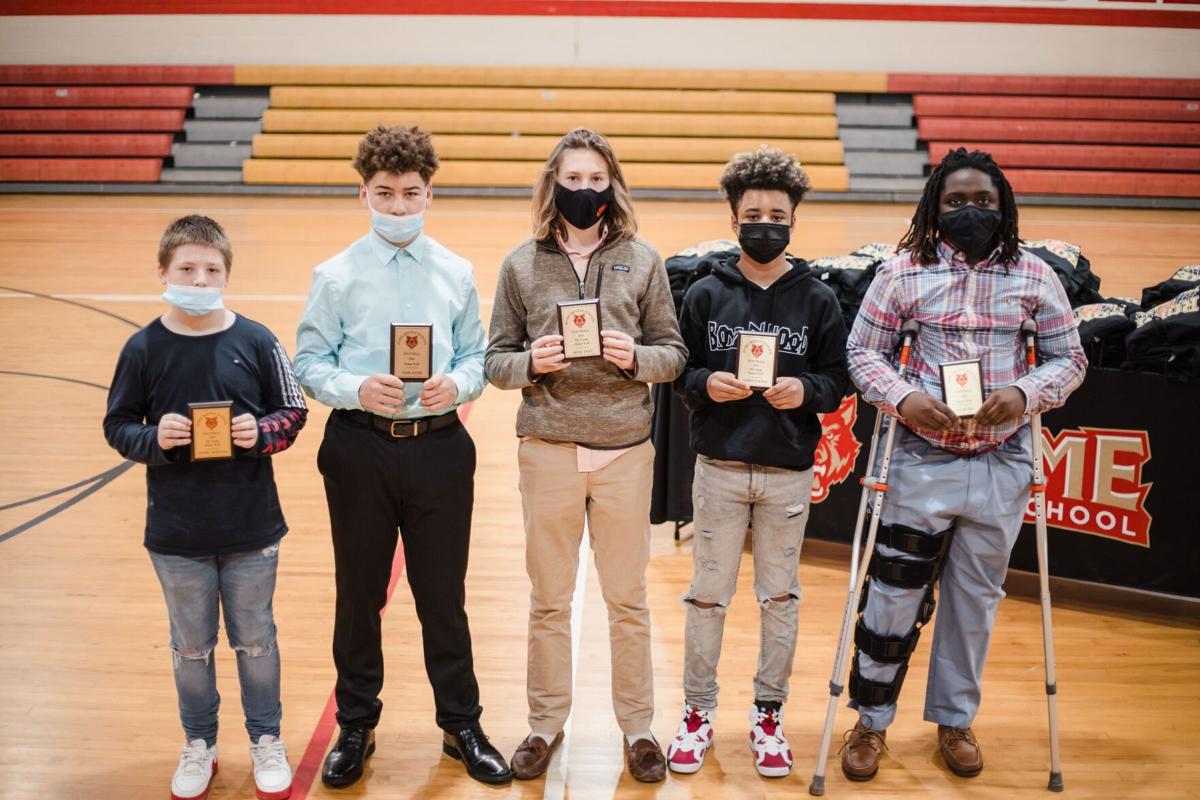 Tyler Lester is presented with an award during a ceremony at Rome Middle School. Pictured here are Charles Smith, Alvin Powell, Tyler Lester.

The Rome Middle School football program recently hosted an honors ceremony for players and their families.

Middle school head coach Charles Smith spearheaded the efforts to hold a special honors ceremony. Due to COVID-19 restrictions, the event was live streamed for parents who were not allowed to attend in person.

Smith and his coaching staff recognized both the seventh and eighth-grade teams that finished with overall records of 10-1, including 3-1 in division play.

The seventh-grade team came away with the Region 4-Division A 2020 State Championship trophy, defeating Sequoyah 54-8. The eighth-grade team fell in their respective championship game 30-12 at the hands of North Cobb.

“These kids had a tough year in terms of all we had to go through,” Smith said, according to a statement provided by Rome City Schools. “They came in every day and worked hard, so we wanted to show them some sort of appreciation. Thankfully, we were able to get them in the gym after school and record the ceremony on Facebook for their parents. I know our parents wanted to be here, and we wanted them to share this special day.”

“When you are head of a football program like I am, I have to look at the success of the whole program,” Reid said. “I love to come out and watch on Saturdays. We have a bunch of great players and great coaches who work extremely hard to make kids successful on and off the field. I am looking forward to these teams coming over to play for us because I know Coach Smith and his staff have made sure you all were coached well.”

According to the statement, Smith said that many of the awards given out were not just for play on the field, but also for work in the classroom. Smith added there were many outstanding academic achievements he wanted to acknowledge.

All players were given recognition in some way, as well as sweatshirts commemorating the year.

“The kids who got awards earned them, and every kid was recognized in some way for their efforts in our program,” Smith said. “I have been a middle school coach for over 20 years and this work is a passion. Our goal is to build better young men and women through this program, and that includes the students who help to support the Rome Middle football program. I am proud of this program.”

An unprecedented amount of money is flowing to candidates for Northwest Georgia’s 14th District Congressional race in 2022 — a majority of which is going to current U.S. Rep. Marjorie Greene.

Former Speaker of the House John Boehner told the respected host of NBC’s “Meet the Press” he’s “a s--t” for asking about a potential run for office in the future. The smack talking came at the end of an interview in which the Ohio Republican held forth about the state of the GOP, immigration and other topics. Asked whether he’d ever run for office again, Boehner said, “I’d rather set myself ...

Republicans talk unity in Georgia but censure Kemp, others

ALPHARETTA — Kelly Loeffler had a warning.

Police: Austell K-9 out of surgery and stable after shooting