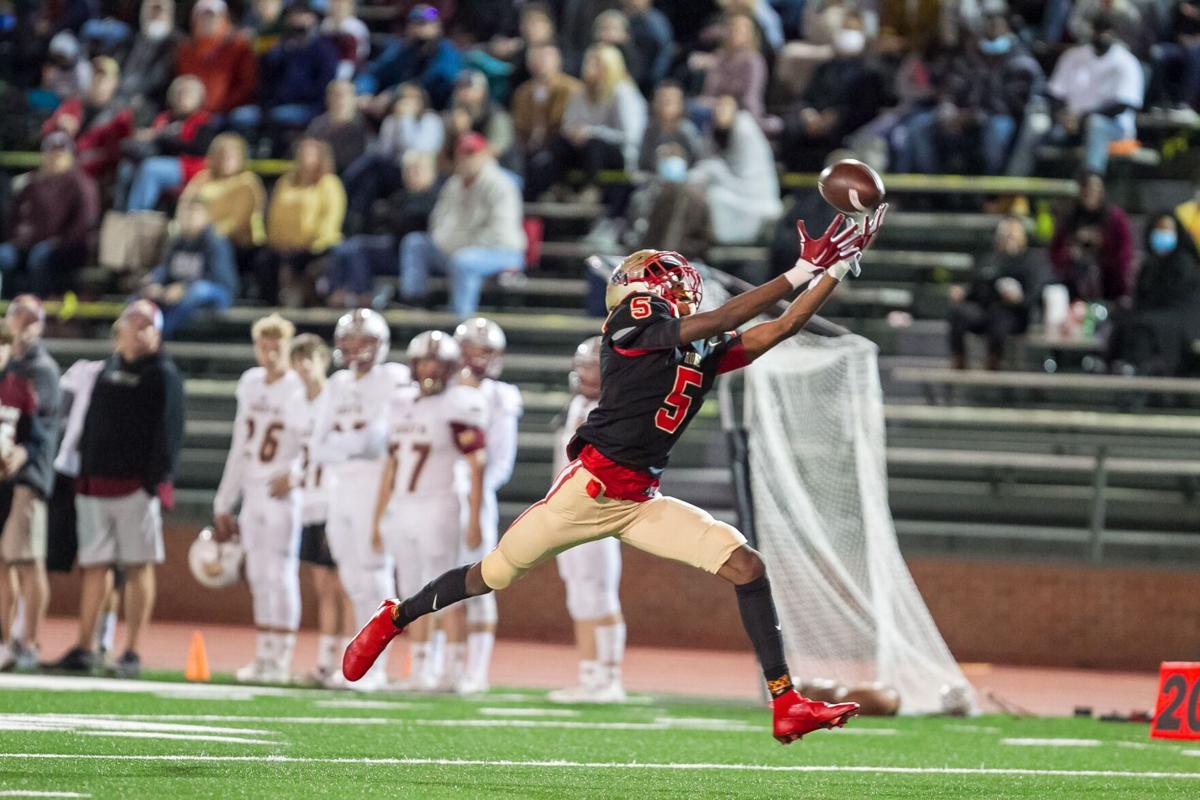 Rome senior Jay Wise stretches out to catch a 51-yard pass from quarterback Caleb Ellard during the Wolves’ homecoming game against South Paulding at Barron Stadium on Friday night, Oct. 2. 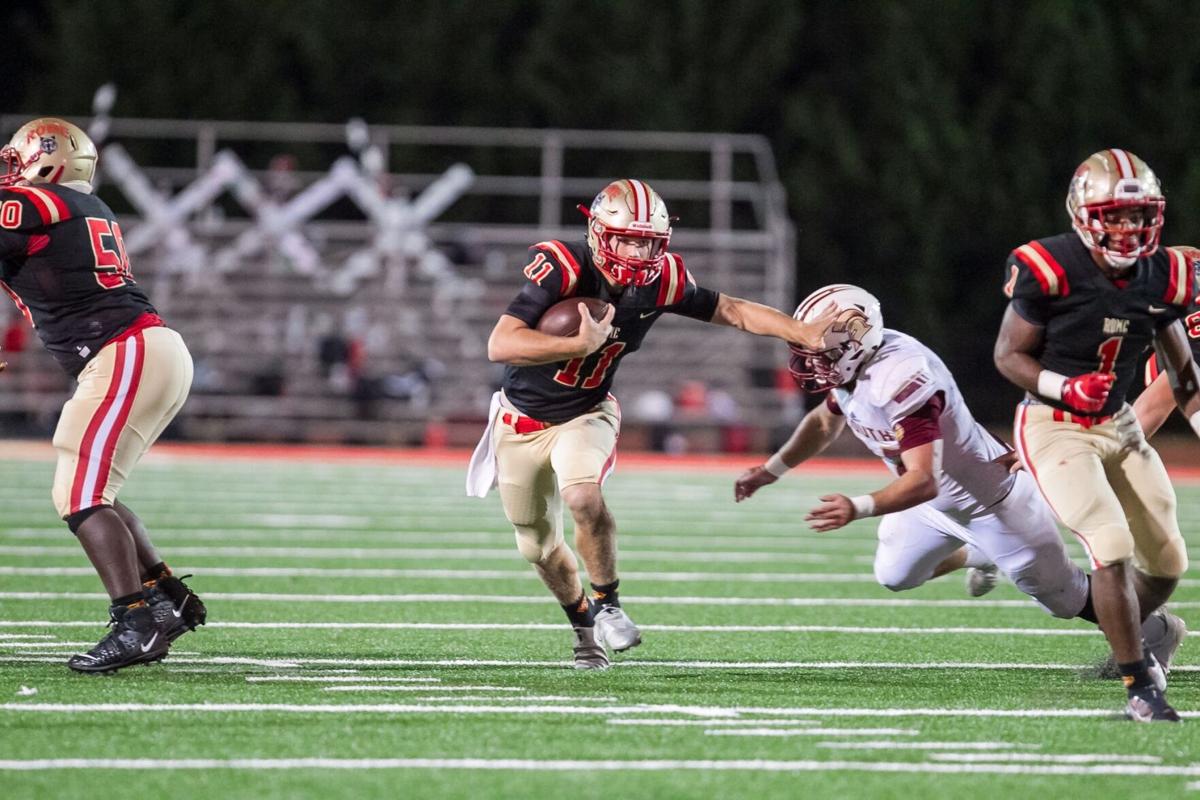 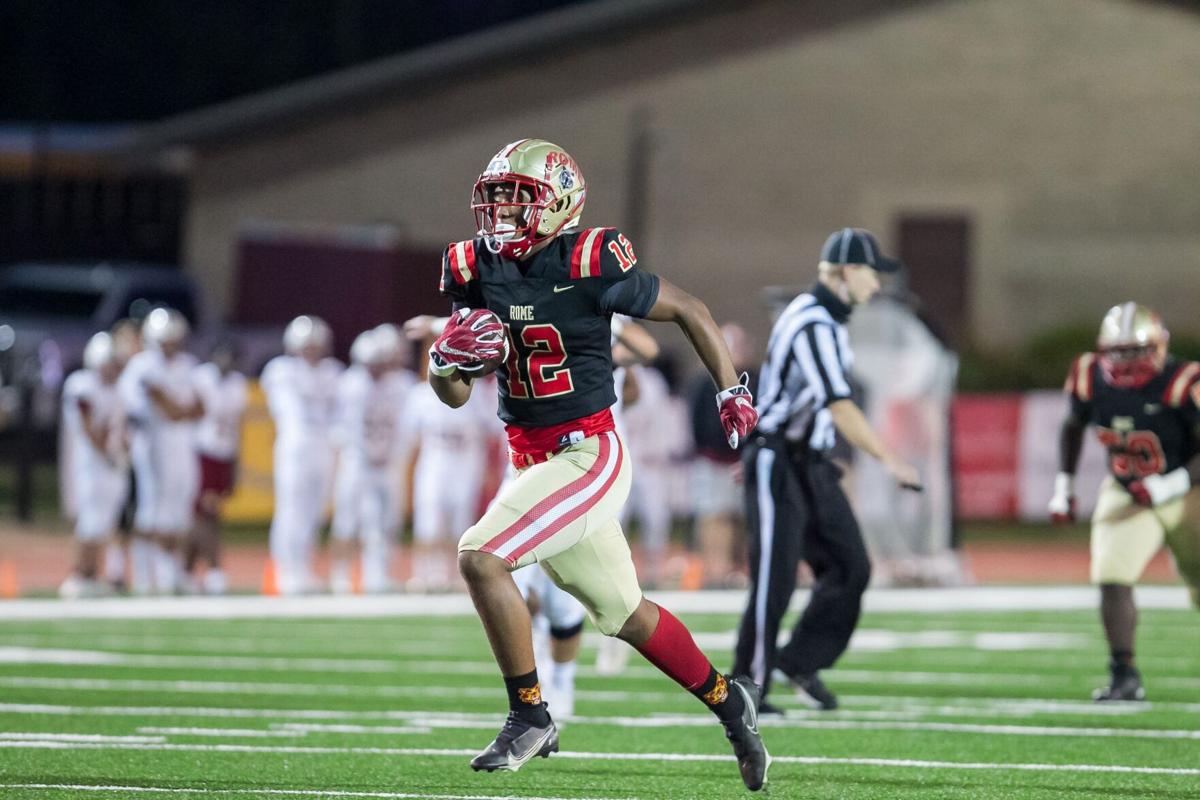 Rome senior Jay Wise stretches out to catch a 51-yard pass from quarterback Caleb Ellard during the Wolves’ homecoming game against South Paulding at Barron Stadium on Friday night, Oct. 2.

The Rome Wolves are back on the winning side after holding off the South Paulding Spartans 22-20 at Barron Stadium on Friday. Rome (2-2) opens Region 5-AAAAAA competition with a homecoming victory, marking eight straight victory on home turf.

“You got a young, inexperienced team that found a way to win,” Wolves head coach John Reid said. “We overcame some turnovers that we can’t have and, hopefully, we’ll learn a lesson and work a little harder. We didn’t play very well on special teams tonight.”

Senior running back EJ Burks proved to be the “X” factor in the second half, rushing 18 times for 125 yards and recording the game-winning touchdown on a 36-yard blazer, complete with spin move, to take a 22-14 edge with 3:21 to play in the third quarter.

“He’s an outstanding running back, but he hurt his ankle a little bit so he’s been just a little bit gimpy but he sure showed no gimpyness tonight,” Reid said. “I thought he ran the ball hard and I thought our offensive line did a great job tonight.”

He started with three straight completions, with his last going to freshman Martavious Collins down the middle for a 39-yard touchdown to get the night kicked off right.

Ellard would add a ground score from 1-yard out to make it 12-0.

However, South Paulding flipped the tables on Rome, capping off a 14-play, 74-yard drive with a 1-yard rushing TD from Miles Campbell.

Rome responded by driving down the field, but a fumble suddenly saw the promising series come to a screeching halt.

However, South Paulding’s only lead of the night would be short-lived, as the Wolves drove down the field and senior kicker Fernando Lopez-Romero tacked on a field goal with 1.8 seconds to play before the half.

Rome’s defense held strong in the second half, holding the Spartans to six points and their offense to just 81 yards. Senior Bryant Wilkinson recorded a sack.

“We played some really good defense; problem was we kept having to go out there and do it,” Reid said. “We had three turnovers in the second half which you can’t have. I think we put them out there one too many times and they got a score.”

Burks would eventually provide the first down needed to go into victory formation with a 14-yard rush in plus territory.

Rome hosted the homecoming parade down Second Avenue and across the bridge over the Oostanaula River on the way to Barron Stadium. Reid said he was happy to have the ability to host homecoming and play football.

“At times this summer, I don’t know if anybody expected to have something like this,” Reid said. “We can get some sort of normal Friday night back together and I think this is as normal as it can be. Sometimes, everybody’s thinking about pandemics and stuff and I think, for about two hours or more, maybe nobody had to think about it.”

Rome travels to Carrollton next week to battle the Trojans. Last year, Carrollton got the better of Rome 24-20. Kickoff on Oct. 9 is scheduled for 7:30 p.m.