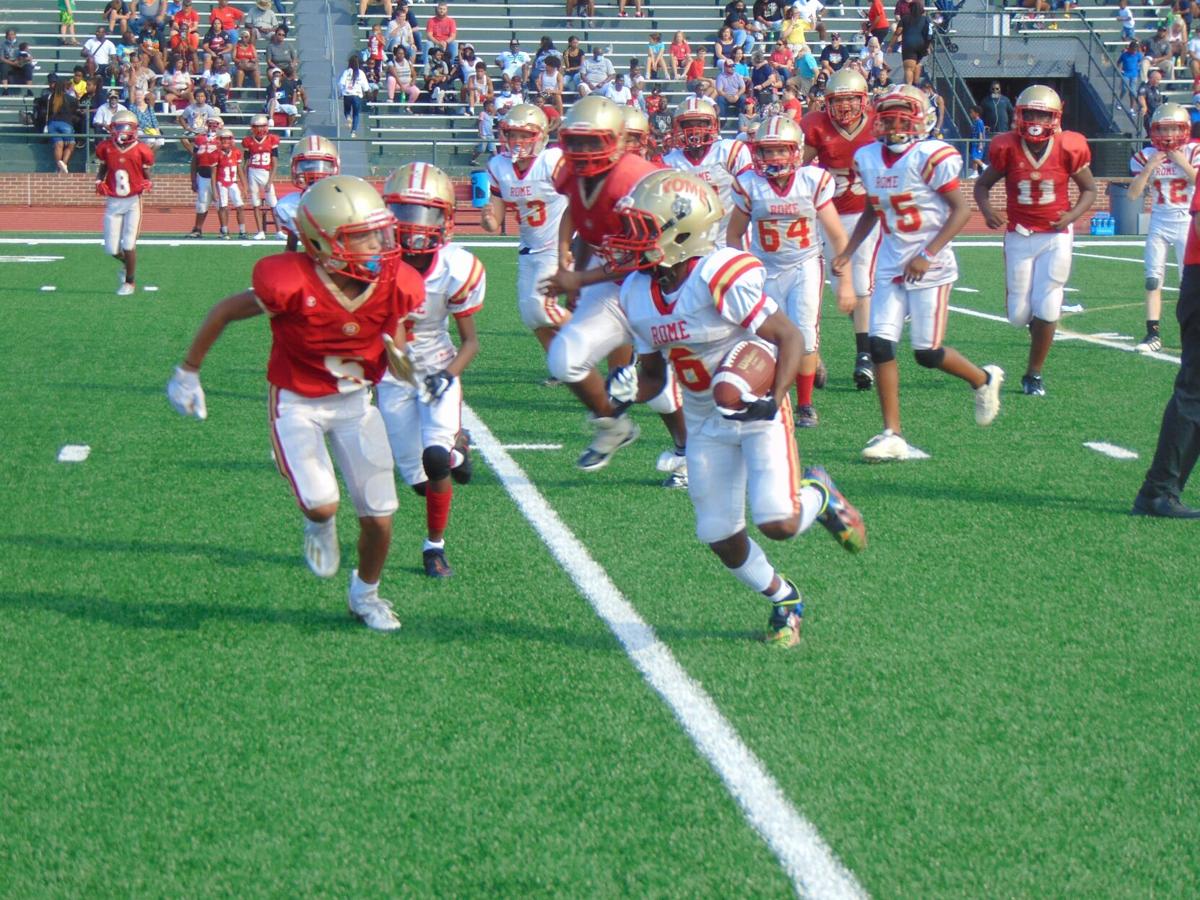 Justin Spivey (6) tries to turn the corner against Rome’s seventh grade team in the annual Soap Game on Friday at Barron Stadium. 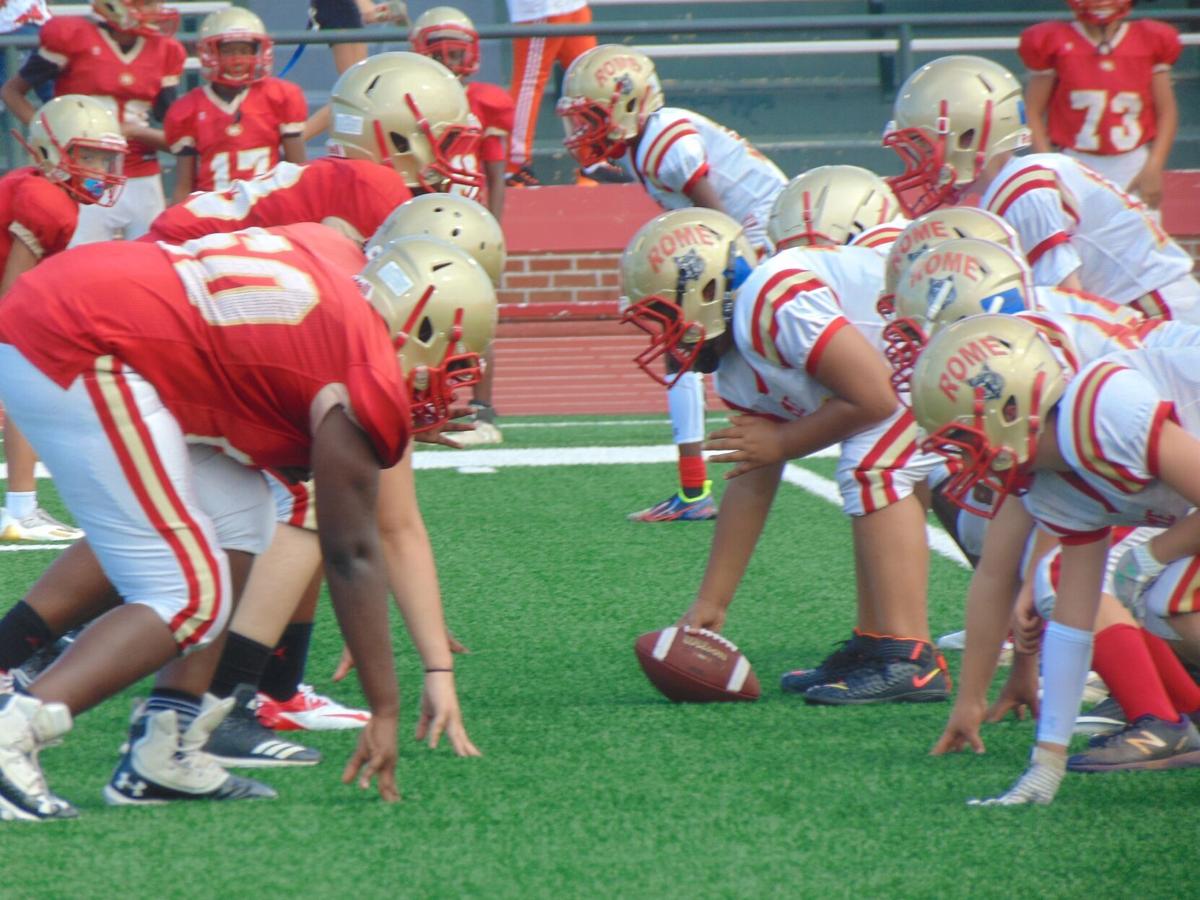 The sixth and seventh graders get ready to do battle against each other in their annual Soap Game on Friday at Barron Stadium.

Justin Spivey (6) tries to turn the corner against Rome’s seventh grade team in the annual Soap Game on Friday at Barron Stadium.

The sixth and seventh graders get ready to do battle against each other in their annual Soap Game on Friday at Barron Stadium.

The event is centered around raising funds to wash uniforms for the football team throughout the season, with fans encouraged to bring laundry detergent or Gatorade powder for the team to use during the season.

The event was open to the community, and there was a healthy turnout. Spectators were treated to a three-hour long outing that featured a variety of scrimmages by different teams within the Rome football program.

Sixth to 12th graders were able to take the field with an opportunity to display their skills in front of the community.

The action shifted to the varsity teams for the high school. All games for the evening were played with two 10-minute quarters.

The varsity team was split up into two teams, the Red and Gold teams, and they compete against each other for the event’s finale. Quarterback Reese Fountain looked exceptionally well with the offense.

A highlight of the evening came on the very last play of the Red and Gold game, when Fountain connected on a touchdown pass.

Rome Wolves head coach John Reid said that the games “give the teams a chance to get ready right before the season starts and lets them get some reps in.”

The fans in attendance were welcomed to a great showing by all the teams, and a small taste of what to expect from the teams this upcoming season.

Rome’s varsity football team opens its regular season next Friday, when the Wolves travel to Rockmart to face the Yellow Jackets. Kickoff is scheduled for 7:30 p.m.