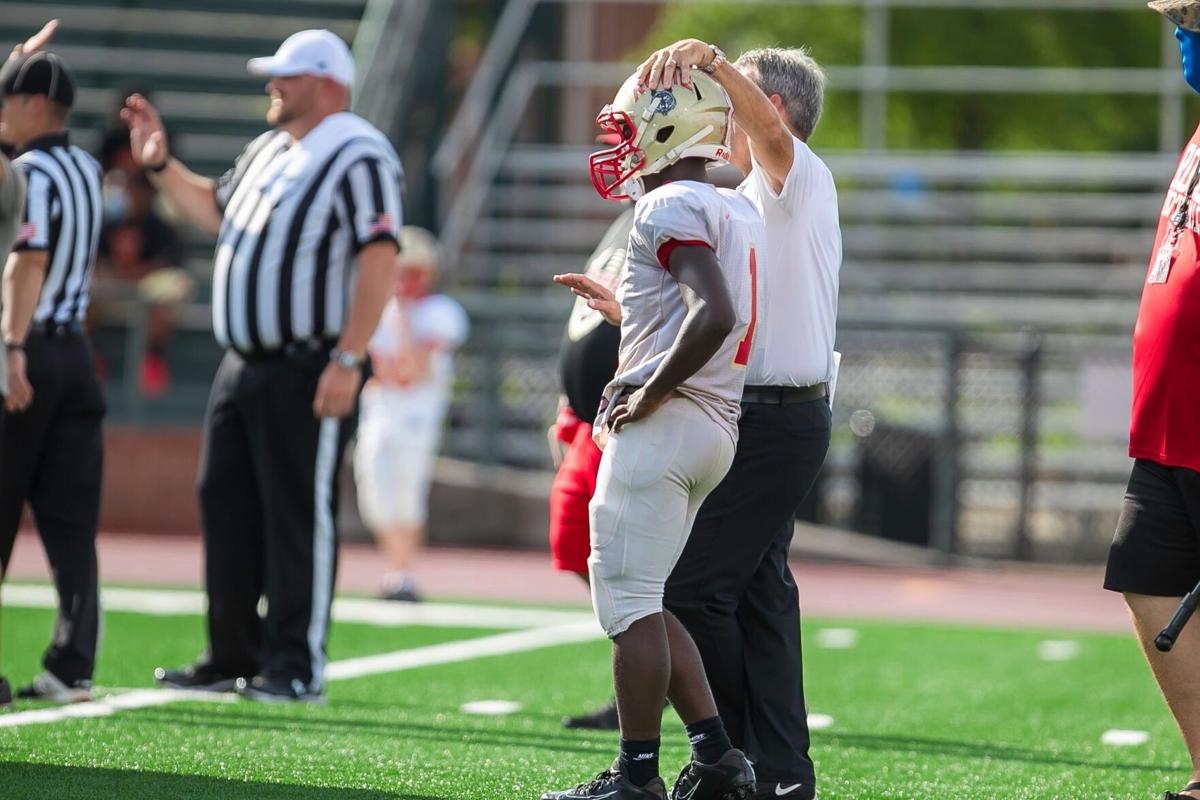 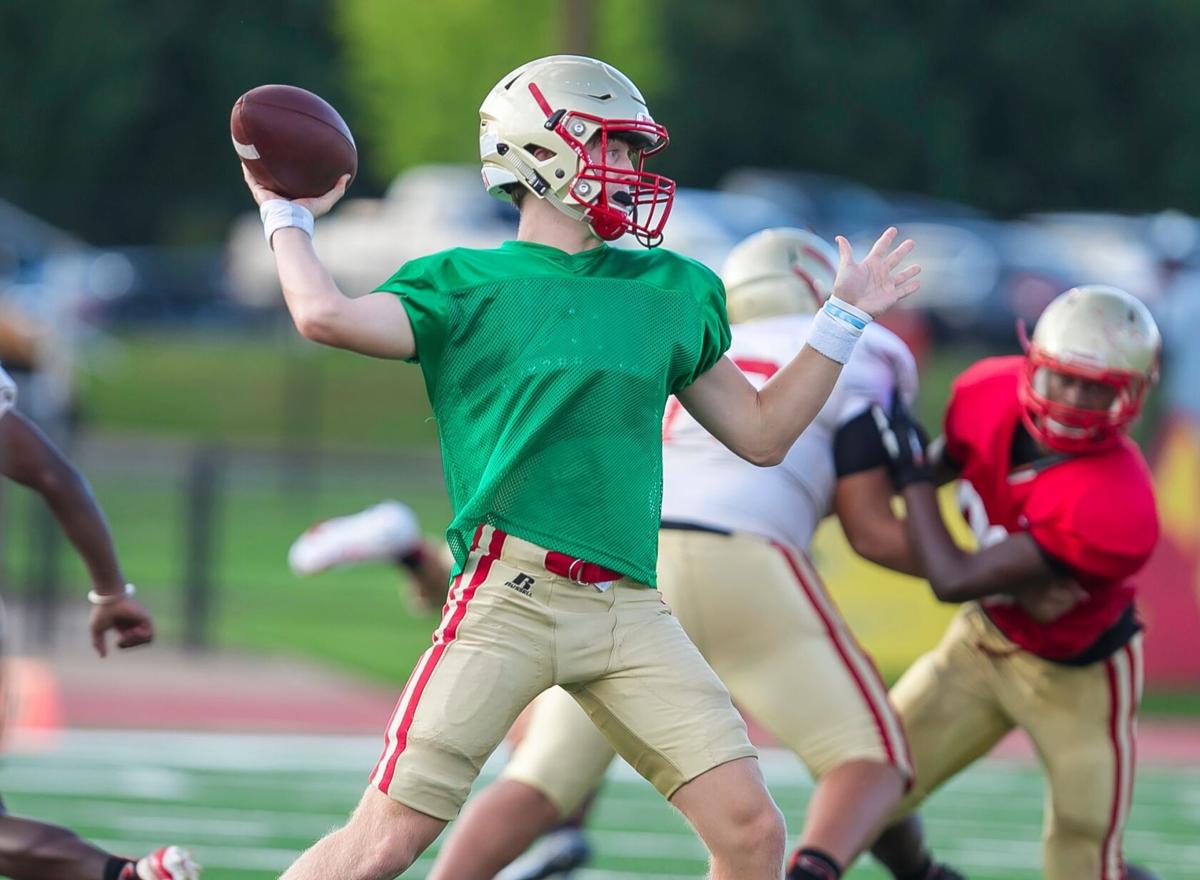 The Rome Wolves hosted their sixth annual “Soap Game” on Barron Stadium’s new turf in front of a crowd Friday night. Middle school and high school levels faced off in the early part of the evening, culminating in the Red vs. Gold scrimmage.

“It’s fun to see these kids get a chance to play and I think that’s the overriding factor,” Rome varsity football head coach John Reid said. “Without any spring or anything like that, it’s good to have fans come here and see kids out on the football field. I think it helps the community to see that maybe life is somewhat getting back to normal.”

Friday gave the Wolves and their fan base their first taste of the new sanitary procedures in place at Barron Stadium.

For example, fans were directed to enter the press box-side stands (the visiting stands were not used) through a designated area and were asked to leave through a different area to prevent crowding.

There were also automatic hand-sanitizing dispensers located at the entrance to the seats from the main concourse, as well as stickers on the ground designating one-way only aisles.

Reid said his players were extremely excited to suit up and take the field in front of family and friends.

“I think it means everything to them,” Reid said. “Maybe now that you get out here, maybe that makes practice a little more meaningful because you think that what you love to do is going to actually happen.”

From the varsity scrimmage, Reid said there is still some conditioning to get in before the season kicks off and plenty of room for improvement.

“We’re awful young and so we only have a few (plays) in, so we see if we can execute those things,” Reid said. “I think we flew around. I thought there was some physicality. For a lack of a summer and not getting a football until July ..., I thought not bad.”

“We put some pressure on him, so I think, at times, they looked good,” Reid said. “I think they executed well. Both of them looked pretty good.”

“He ran the ball hard and you’re going to get that from EJ,” Reid said. “He’s a hard, physical runner.”

“We get enough soap and Gatorade to fuel the whole program, and especially this year when the parents want to know that stuff’s getting washed,” Reid said. “I think the moms especially don’t mind bringing some Tide in knowing that we’re going to be using it. We wash everything every day.”

ATLANTA — The Georgia Republican Party joined the Republican National Committee Tuesday in appealing a federal court decision requiring the counting of absentee ballots received up to three days after the Nov. 3 election.

Georgia election officials gearing up for the Nov. 3 general election will have help from big-name companies to troubleshoot technical issues and a new real-time tool that tracks the wait in line at local polling places.

Arrest records from the Saturday, Sept. 26, edition of the Calhoun Times