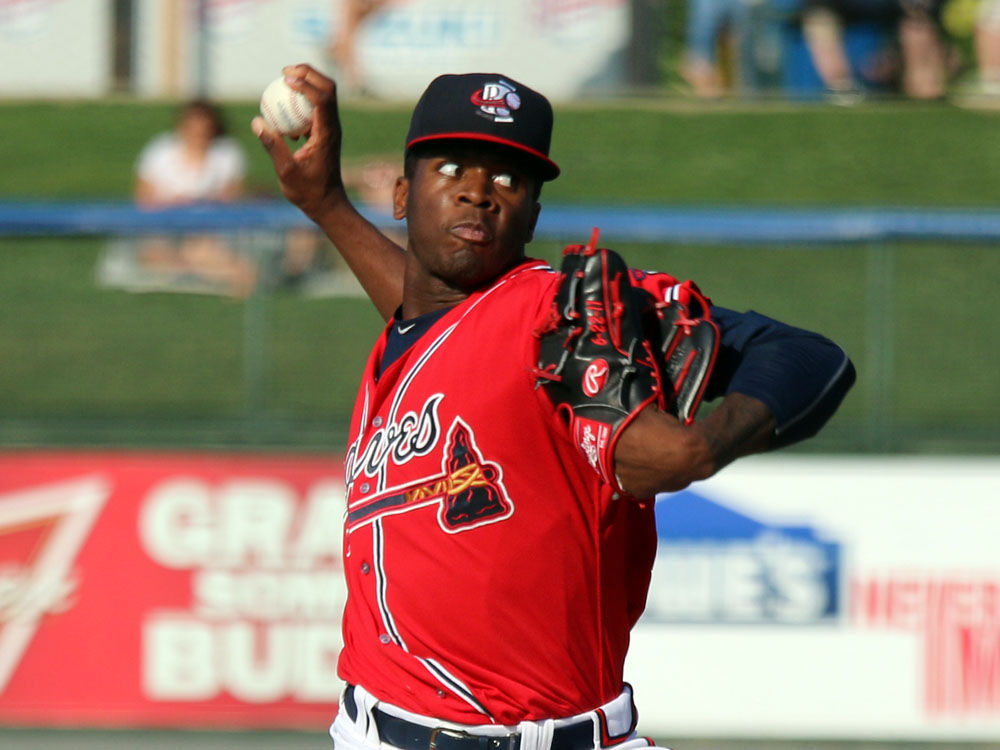 Rome pitcher Touki Toussaint prepares to deliver to the plate in the second inning of a baseball game against Augusta on Saturday, May 21, 2016, at State Mutual Stadium. (Jeremy Stewart/RN-T.com)

Rome pitcher Touki Toussaint prepares to deliver to the plate in the second inning of a baseball game against Augusta on Saturday, May 21, 2016, at State Mutual Stadium. (Jeremy Stewart/RN-T.com)

After a three-game weekend, the Rome Braves are back on the field Tuesday under the lights of State Mutual Stadium as the 12-game homestand continues.

The High-A East South Division frontrunning Bowling Green Hot Rods come to town as a former Rome Braves pitcher makes his way toward a return to the majors.

On Sunday, the Rome Braves announced that Atlanta pitcher Touki Toussaint is scheduled to make a rehab appearance Tuesday against Bowling Green.

Toussaint is in his seventh season overall in the Braves organization.

As Toussaint prepares for his High-A rehab assignment, here’s a look back at Rome Braves’ weekend.

Rome 6-5, Asheville 2-2: Tied 2-2 in the first game, Rome’s offense ignited in the bottom of the fifth inning for four runs.

Kevin Josephina, who went 2-for-3 at the plate, smashed a two-run double to right field, scoring Andrew Moritz and Cody Milligan for a 4-2 edge.

Bryce Ball stepped to the plate and delivered an RBI single to center field as Riley Delgado crossed home. The Braves added their final run on a groundout from Logan Brown.

In the nightcap, Asheville jumped on the board early for a 2-0 lead, but Rome roared back in the bottom of the fifth with five runs.

Brett Langhorne’s bases-clearing double would go down as the game-winning hit. Rome had trailed 2-1, but Milligan, Michael Harris II and Rusber Estrada crossing home plate gave Rome its first lead of the game, 4-2.