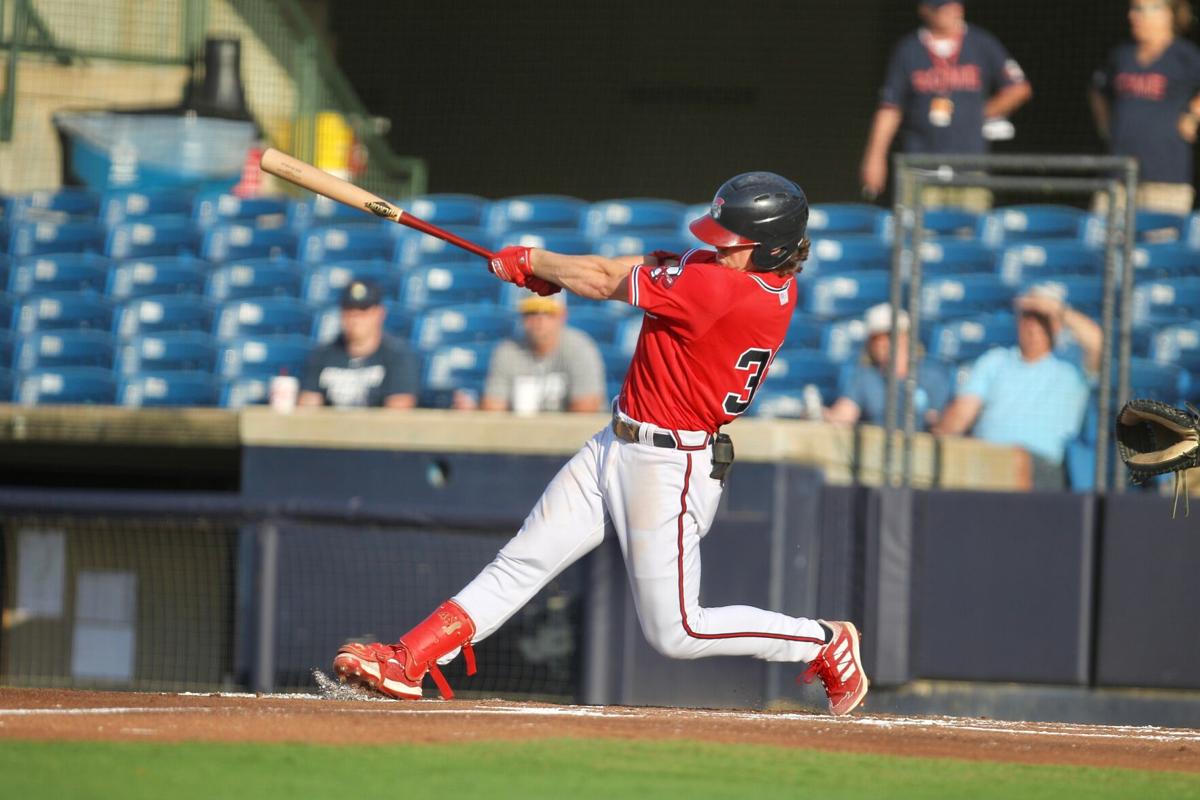 Jesse Franklin V and the Rome Braves travel to Kentucky for a six-game series against Bowling Green beginning Tuesday.

Jesse Franklin V and the Rome Braves travel to Kentucky for a six-game series against Bowling Green beginning Tuesday.

The Rome Braves face a test this week when they visit the Bowling Green Hot Rods for a six-game series in Kentucky. Rome (33-33) currently occupies fourth place in the High-A East — South Division standings, 12 games back of division-leading Bowling Green.

Before the Braves take the field for the series opener Tuesday night, here’s a look back at the weekend’s action.

The Braves offense was rolling early in the contest, scoring four runs in the bottom of the first. After that, the bats fell flat, scoring only one run the rest of the game.

Jesse Franklin V started the scoring for the Braves, driving in two runs in the bottom of the first. The hit would be his only one in the game.

The lone run that the Braves scored after the first was an RBI single from Brett Langhorne. Langhorne was the only Braves hitter to have multiple hits in the game, going 2-for-4 with a run.

Alan Rangel got the start on the mound for the Braves, allowing just three hits and two runs before being pulled after the sixth inning. Davis Schwab entered in relief, and that’s when the Braves came unglued. Schwab allowed four runs while only recording one out before being pulled for fellow pitcher Zach Daniels.

Greensboro pitcher Colin Selby was credited with the win, while Schwab took the loss. Schwab’s record on the season moves to 0-2.

The Braves entered Sunday’s contest with hope that they could turn their fortunes around from the night before and end the series on a positive note, but it just wasn’t meant to happen.

The game started off on the wrong foot for Rome, with starting pitcher Jake McSteen allowing two runs in the top of the first. McSteen found a groove for the next three innings before being pulled after giving up two runs in the fifth inning. He was replaced by Marrick Crouse, who gave up a run in his only inning pitched. Kasey Kalich and Mitch Horacek both gave up a run a piece, finishing off the last three innings.

After scoring one run in the first four innings, the Braves bats heated up in the fifth, scoring three runs in the inning. They didn’t score again until the ninth inning, only scoring one run.

Leadoff man Cody Milligan was able to get two hits in the contest, going 2-for-3. Brett Langhorne and Rusber Estrada registered two hits apiece in the contest, with Estrada also collecting two RBIs. Michael Harris II drove in two runs on his triple in the fifth inning.

Georgia House Speaker David Ralston has decided not to run for the U.S. Senate next year.