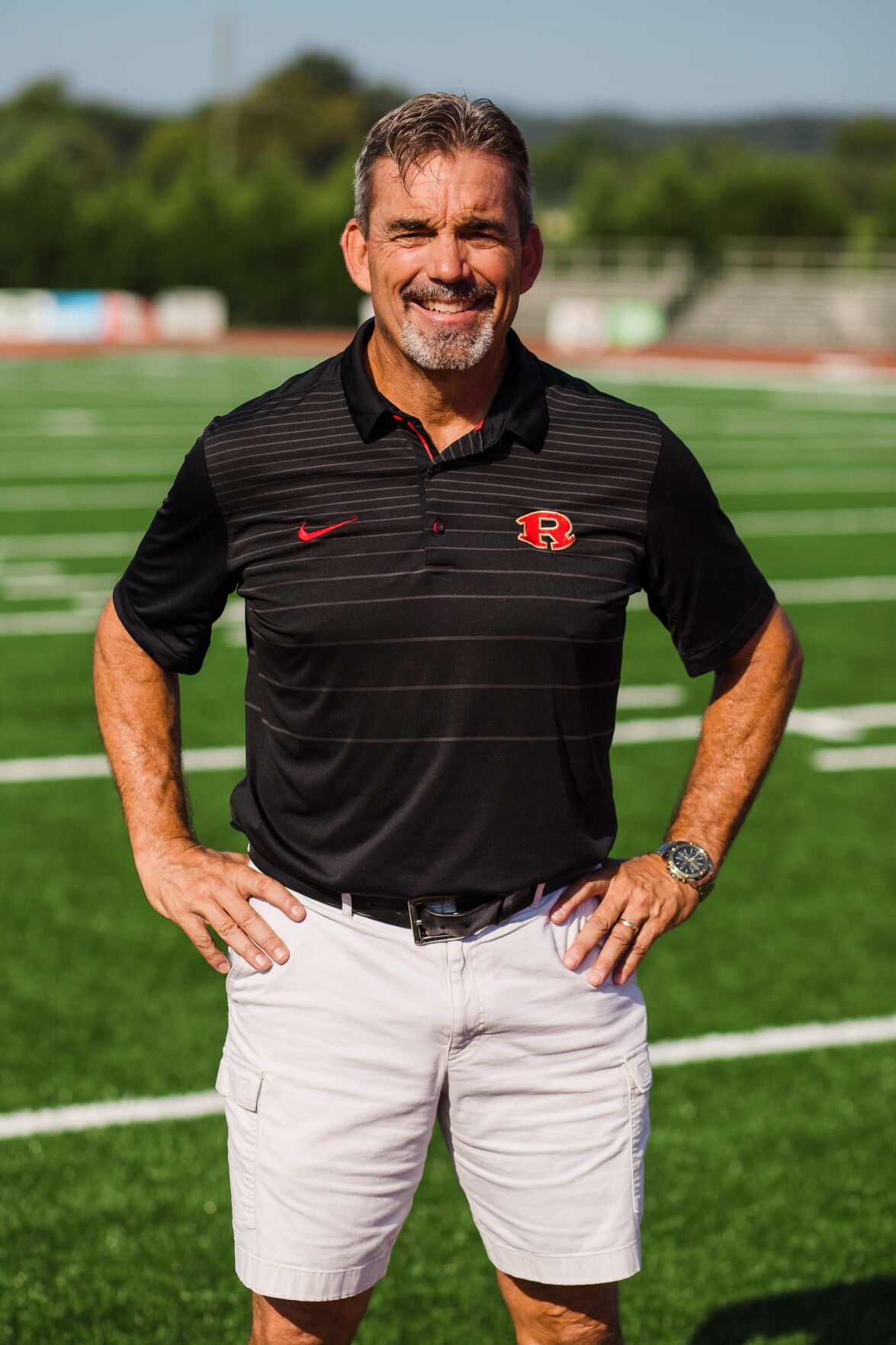 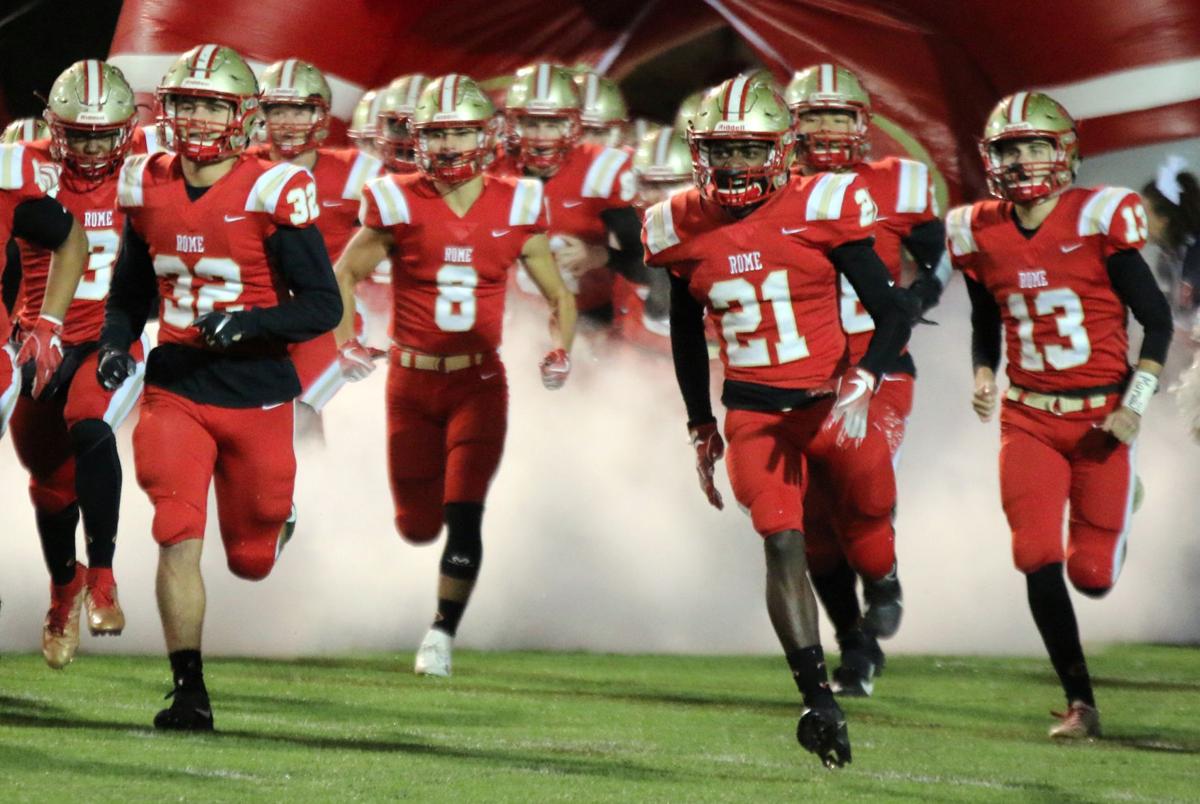 The Rome Wolves take the football field for a home game in 2019. The Wolves will be on the field at Barron Stadium in front of fans for the first time since last November. 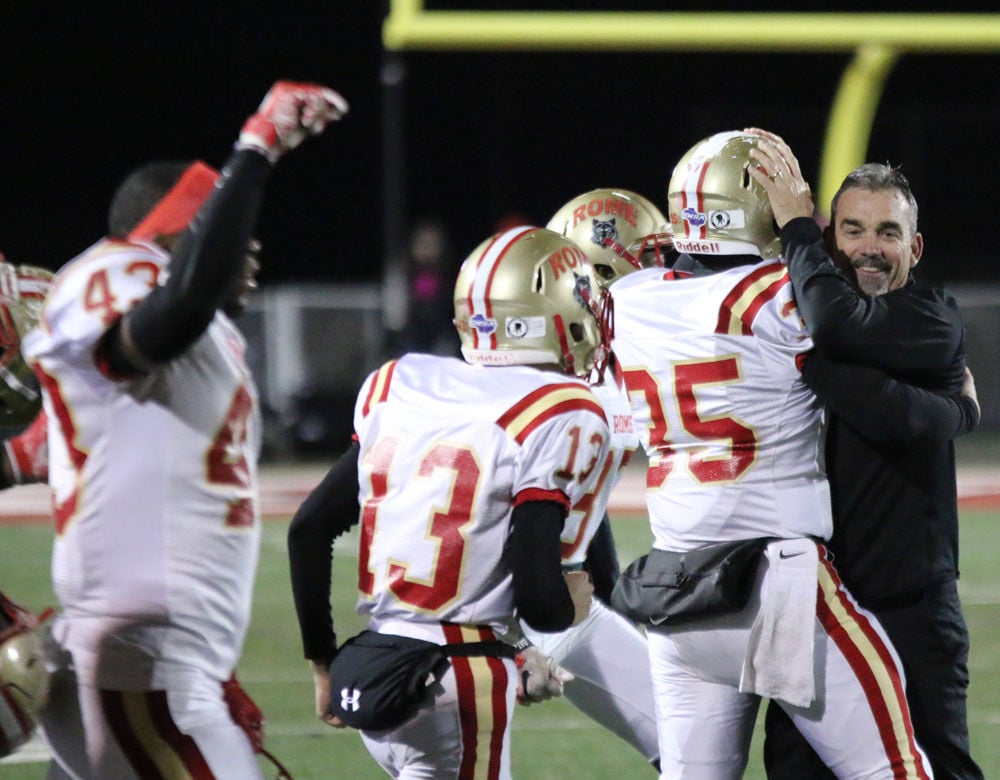 Rome High head football coach John Reid (right) was rewarded for his success by being named the top coach in Georgia by MaxPreps.

The Rome Wolves take the football field for a home game in 2019. The Wolves will be on the field at Barron Stadium in front of fans for the first time since last November.

Rome High head football coach John Reid (right) was rewarded for his success by being named the top coach in Georgia by MaxPreps.

Reid was named the top high school football coach in Georgia by MaxPreps.

“It is a pretty big honor to be named by them as top coach,” Reid said in a statement. “It is humbling when considering the great coaches, we have in this state. What this honor says most about our program is the people we have hired as assistant coaches because what we do is not possible without those guys. My wife and I have been lucky to be a part of staffs who have great coaches and we have a great coaching staff right here in Rome.”

Since starting his coaching journey at Northrop High School in Indiana, Reid has amassed a total of 175 wins to just 54 losses. Since coming to Rome High School in 2015, Reid has pushed the Wolves to even higher state and national recognition. He maintains a 58-10 record, as the Wolves captured back-to-back state titles in 2016 and 2017 in the midst of a 40-game win streak.

Reid noted his coaching staff is a major factor in the program’s success, as they immerse themselves in the lives of Rome’s athletes. Reid also noted how kids want to work hard and have success.

“Our plan started a long time ago, and it started with how we will take care of our kids,” Reid explained when speaking about his approach to coaching. “We work on the person first, and our kids have bought into that program over the years and played hard for us.”

Reid mentioned many of his former players who have gone on to other institutions, such as the U.S. Air Force Academy.

“I still get a chance to talk with them and they remember the things I told them,” Reid said. “I think that is important, and because our coaches and kids have bought into out program, our core values make them successful in many ways. Our core values, which are mental and physical toughness, integrity, family and trust follow our players off the field. Whether it is the weight room or the classroom, I feel like we have done a great job of helping them to find a career, even if it does not revolve around football.”

Reid also extended his thanks to the Rome football community for their support over the years. Reid and the Rome Wolves are scheduled to open their 2020 campaign Sept. 4 against the Rockmart Yellow Jackets at Barron Stadium.