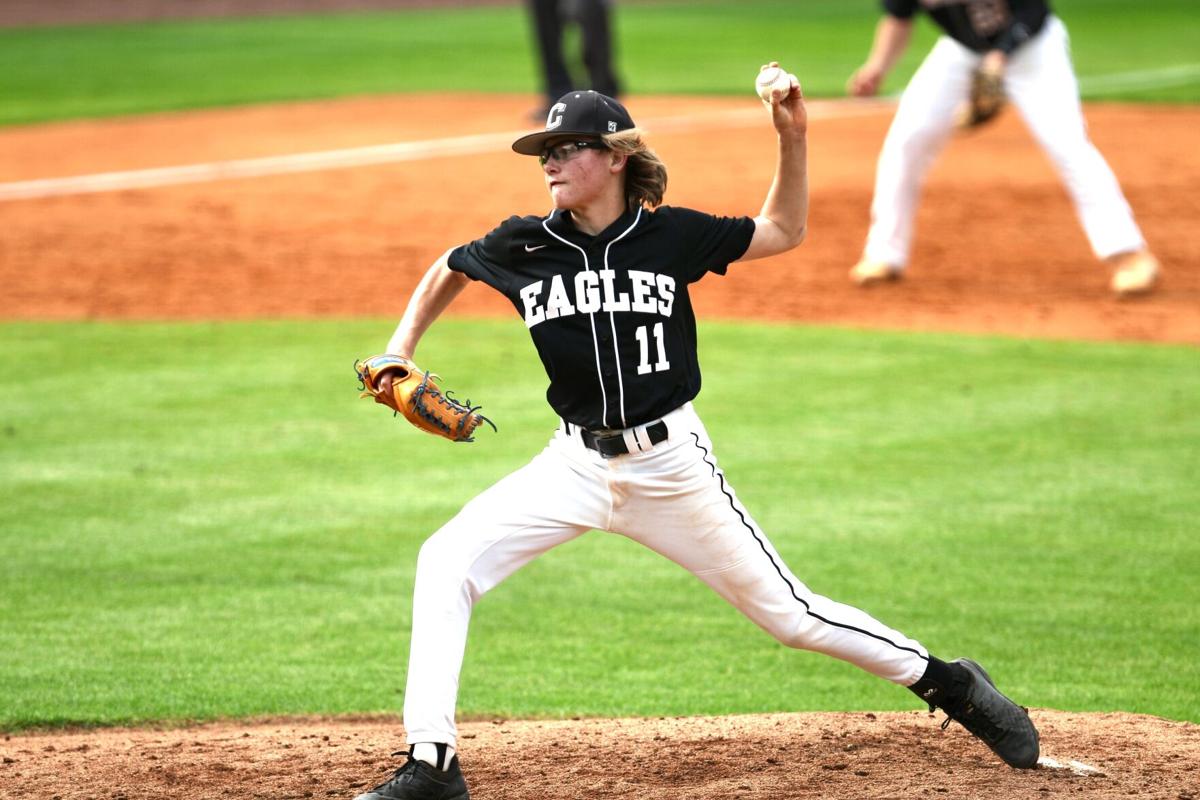 Coosa’s Gavin East delivers a pitch during Game 1 of the Eagles’ first-round series at Lovett on Thursday. Coosa and Lovett will face off in a winner-take-all Game 3 on Friday. 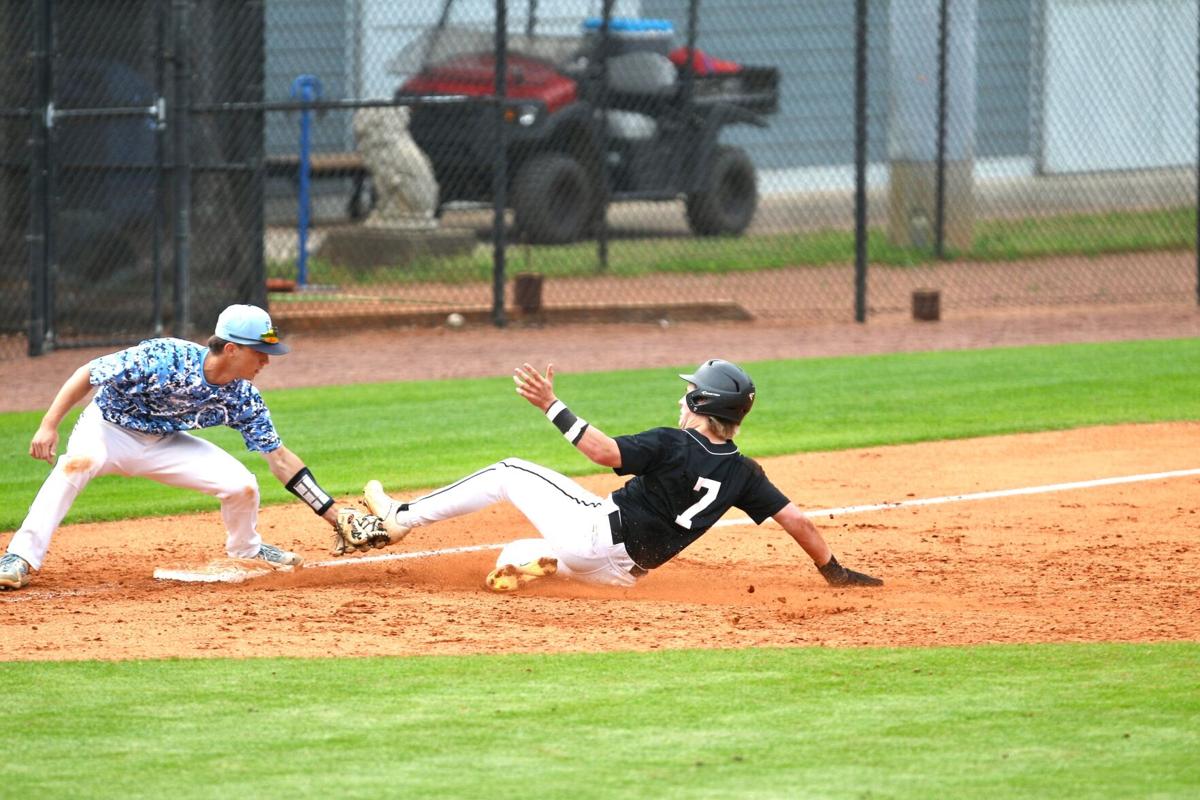 Coosa’s Trent Cantrell slides into third base during Game 1 of the Eagles’ first-round series at Lovett on Thursday. Coosa fell to Lovett 10-3 in the decisive Game 3 Friday.

Coosa’s Gavin East delivers a pitch during Game 1 of the Eagles’ first-round series at Lovett on Thursday. Coosa and Lovett will face off in a winner-take-all Game 3 on Friday.

Coosa’s Trent Cantrell slides into third base during Game 1 of the Eagles’ first-round series at Lovett on Thursday. Coosa fell to Lovett 10-3 in the decisive Game 3 Friday.

The first round of the Georgia High School Association baseball playoffs got underway Thursday for three of Floyd County’s varsity teams.

And for two of those squads, they face win-or-go-home situations Friday on the road.

Here’s a look at Thursday’s action inside the diamond.

The Model Blue Devils swept the Columbia Eagles in a best-of-three series with scores of 15-0 in game one and 17-1 in game two. Model advances to the Sweet 16 for the second time in three years and will travel to Region 5’s No. 1 seed Bremen next week.

The Coosa Eagles split the first two games of a best-of-three series with Region 6-AA’s No. 2 seed Lovett Lions. Traveling to the state capital, the Eagles fell 13-1 in game one, but rallied in game two for a 3-1 victory.

Coosa pitcher Cody King displayed brilliance on the mound, throwing a one-hitter to preserve the Eagles’ 2021 season for at least one more day.

Trent Cantrell hit a two-run home run to give the Eagles a lead they would not relinquish. Hayden McBurnett picked up Coosa’s third RBI.

First pitch of game three between the Eagles and the Lions is scheduled for 5:30 p.m. at The Lovett School in Atlanta. The winner of the series will meet the victor of Heard County/Elbert County.

The Darlington Tigers also split the first two games of a best-of-three with Region 8-A Private’s No. 1 seed Fellowship Christian Paladins.

In Game 1, the Paladins jumped one Darlington early, cashing in on three errors to open up a 9-1 lead after five innings.

However, Darlington stormed back in the top of the seventh innings, plating five runs but ultimately falling 10-7.

Logan Floyd led the offensive effort, going 3-for-4 a home run shy of hitting for the cycle. Lawson Goodwin was 2-for-3 with a home run and three RBIs.

With backs against the wall, the Tigers needed a win to continue the 2021 campaign and force a Game 3. Logan Floyd delivered just that in the 5-4 Game 2 triumph.

The sophomore was a force to be reckoned with both on the mound and at the plate.

Offensively, Floyd was a perfect 3-for-3 with a double and two RBIs. Aiden Cloud also had a perfect evening batting in Game 2 with two doubles, an RBI and scoring one of Darlington’s five runs.

Jackson Norris picked up two hits with a double and an RBI.

Darlington fell behind 3-0, but tacked on three runs to even the score in the bottom of the third inning, then permanently took the lead in the fifth with two more runs.

Darlington and Fellowship Christian will square off in the decisive Game 3 Friday at 4:30 p.m. in Roswell.

With 4 weeks until Seabaugh v. Smith, GOP likes its odds

Jun. 17—If another 207 of the 7,086 people who voted in Tuesday's special election had cast a ballot for Devan Seabaugh, the Metro Atlanta Ambulance executive would have punched his ticket to the Gold Dome as House District 34's next state representative. But in lieu of an outright victory in the special election to replace Bert Reeves, Seabaugh will now square off against Democrat Priscilla ...

Tropical Storm Claudette weakens to depression. It may strengthen back to storm status