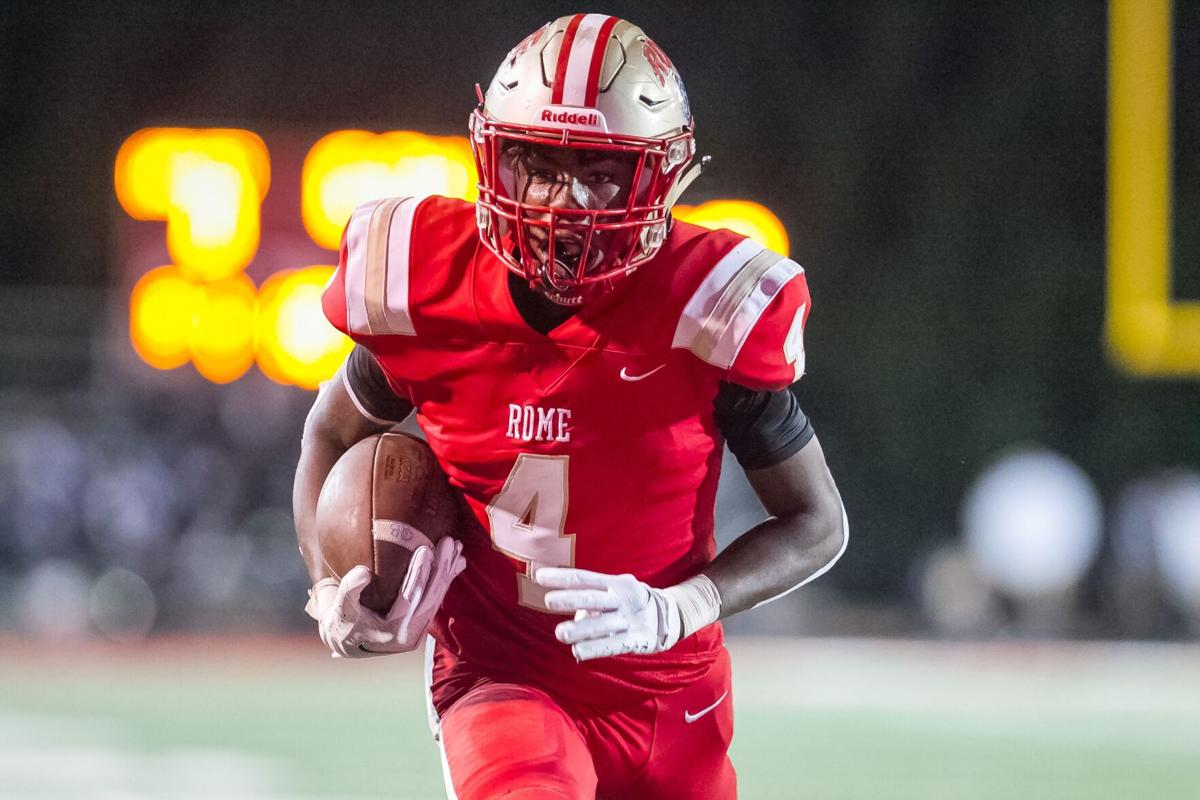 Rome defensive back Martel Hight returns an interception for a touchdown in Rome’s 11-point region win over East Paulding at Barron Stadium on Friday, Oct. 23. 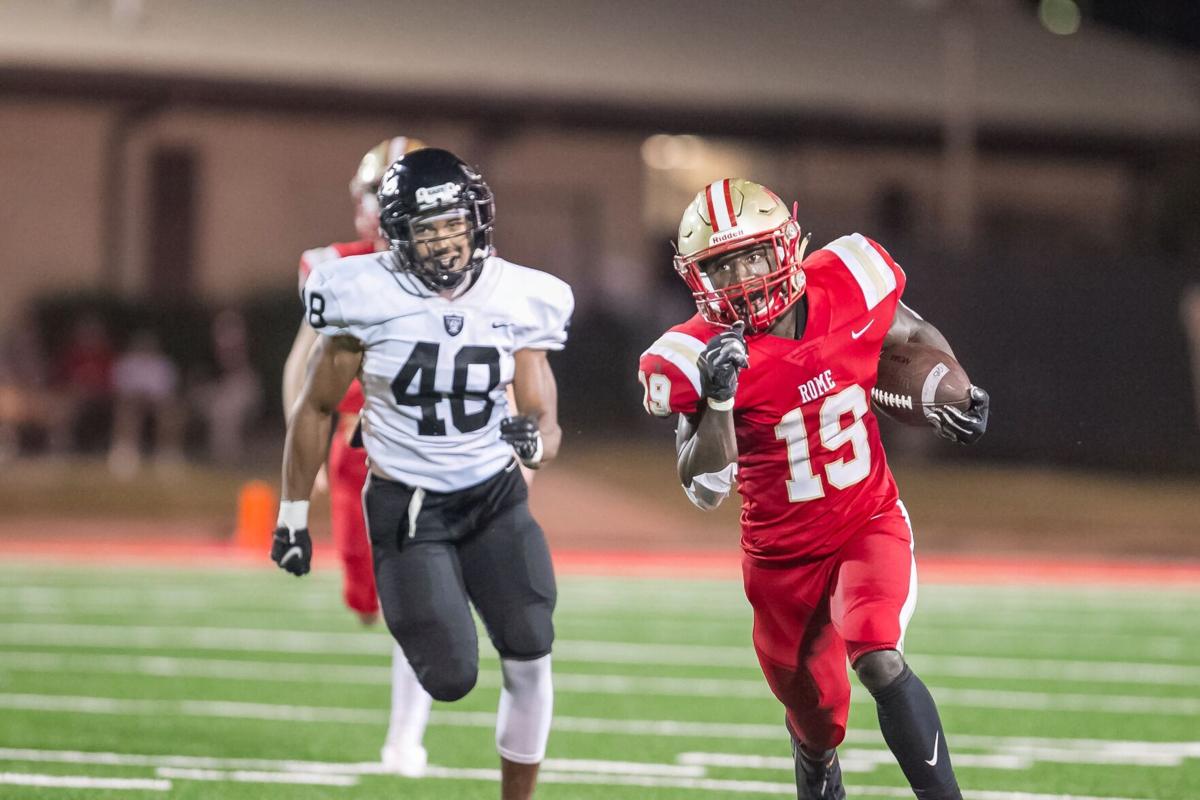 Rome defensive back Martel Hight returns an interception for a touchdown in Rome’s 11-point region win over East Paulding at Barron Stadium on Friday, Oct. 23.

The Rome Wolves hosted the East Paulding Raiders in front of a packed house at Historic Barron Stadium. A win would give the Wolves a 3-1 record in Region 5-AAAAAA and keep them in the hunt to host a playoff game in late November.

East Paulding pulled out all their tricks on the night, faking two field goals and controlling possession for most of the game, but a couple of late scores by the Wolves gave Rome a 14-3 win.

After a nice return to start the game, East Paulding used a 9-play drive to get the ball down into the red zone. Rome’s defense held strong and the Raiders were forced to try a 40-yard field goal. The holder took the snap and fired a pass to the end zone only to have it broken up by Wolves junior defensive back Bryson Hill.

On the second play of Rome’s first offensive series, freshman quarterback Reece Fountain was unable to corral an errant snap and East Paulding jumped on the loose ball at the Rome 23-yard line.

East Paulding moved the ball to the Rome 9-yard line but the drive stalled. The Raiders got on the board with a 26-yard field goal to go up 3-0 with 5:37 left to play in the first quarter.

The score would remain 3-0 for over 23 minutes until midway through the third quarter.

Rome finally found the scoreboard when sophomore defensive back Martel Hight picked off East Paulding quarterback Skyler Melton and returned the football 18 yards for a pick six touchdown with 6:31 remaining in the third frame.

Rome and East Paulding would trade possessions throughout the rest of the third and fourth quarters, with neither team being able to muster much offense.

With 3:45 to go in the fourth, East Paulding turned it over on downs to the Wolves at the Rome 35-yard line. Two plays later, Rome junior running back Bryson Hill took the handoff and outran the Raider defenders down the left sideline for a 63-yard touchdown to put Rome ahead by the final score 14-3.

Fountain would finish the evening 10-for-14 for 84 yards. Senior running back EJ Burks with 64 yards on 14 carries.

Rome has a bye week coming up and will return to action on Friday, Nov. 6, when the Alexander Cougars make their way north to Rome. Kickoff at Barron Stadium is scheduled for 7:30 p.m.