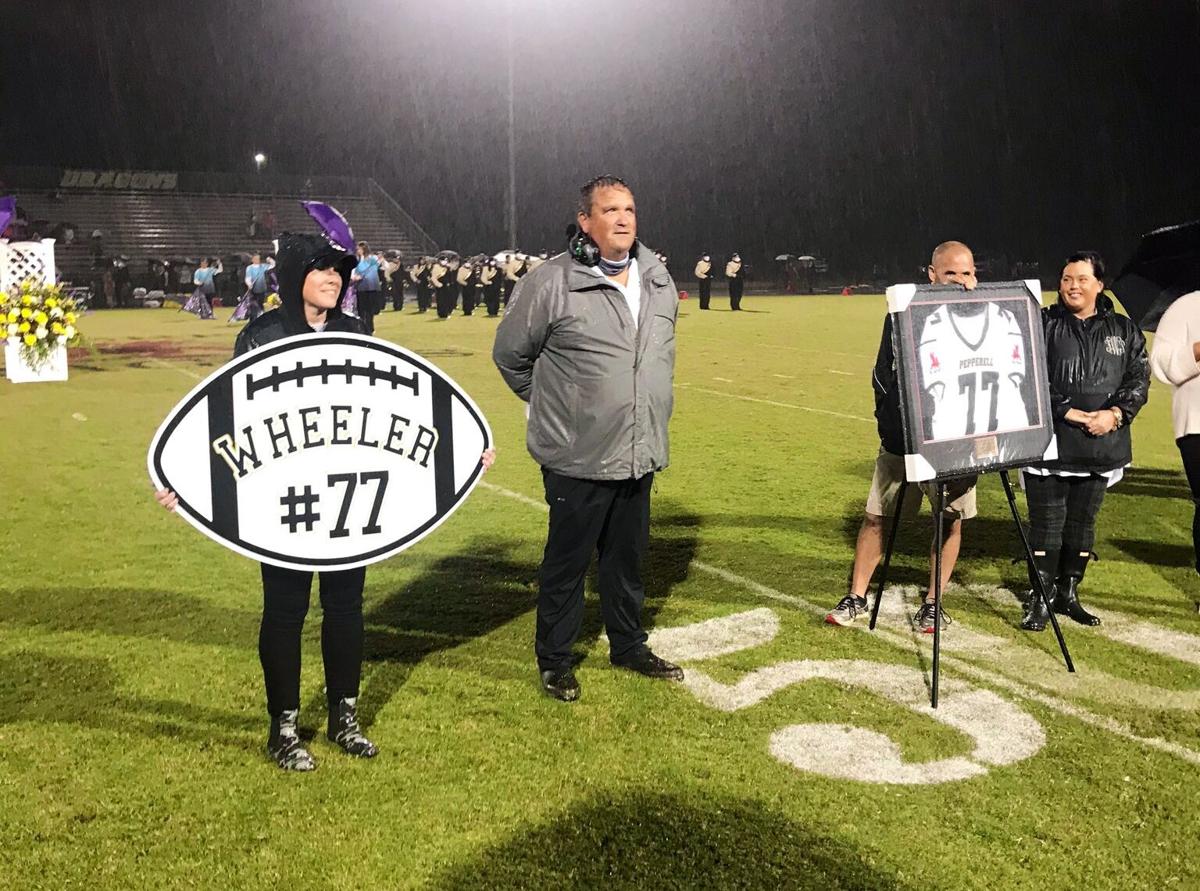 Tood Wheeler has his No. 77 jersey retired at Dragon Stadium on homecoming, Friday, Oct. 9. Wheeler becomes just the third Pepperell Dragon to have his jersey retired in school history. 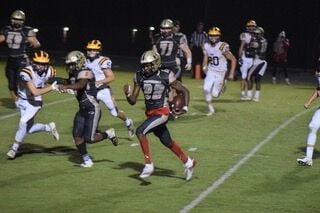 Pepperell senior Marsyan Griffin rushes for a 10-yard touchdown during the Dragon's 41-14 win over Dade County in Lindale on Friday, Oct. 9.

Tood Wheeler has his No. 77 jersey retired at Dragon Stadium on homecoming, Friday, Oct. 9. Wheeler becomes just the third Pepperell Dragon to have his jersey retired in school history.

Pepperell senior Marsyan Griffin rushes for a 10-yard touchdown during the Dragon's 41-14 win over Dade County in Lindale on Friday, Oct. 9.

The Pepperell Dragons opened up Region 7-AA competition 1-0 after taking down Dade County 41-14 on homecoming in Lindale. It is Pepperell’s fifth-straight victory over the Wolverines from Trenton.

On a rain-filled Friday night, the running game would be key, stepping up nicely for sophomore running back DJ Rogers.

Rogers feasted with three touchdowns runs from 21, 25 and 73 yards. Tray Robinson also added in a rush from seven yards out and Marsyan Griffin had a 10-yard scamper across the goal line.

The Dragons are back in action next week, as they await the arrival of the Fannin County Rebels. Kickoff from Lindale is scheduled for 7:30 p.m. on Friday, Oct. 16.

Election night's most-crucial number is votes yet to be counted

For Latinos, combating disinformation about the election often starts at home

Foreign allies quietly ask the Biden team: Who do we call if you win?