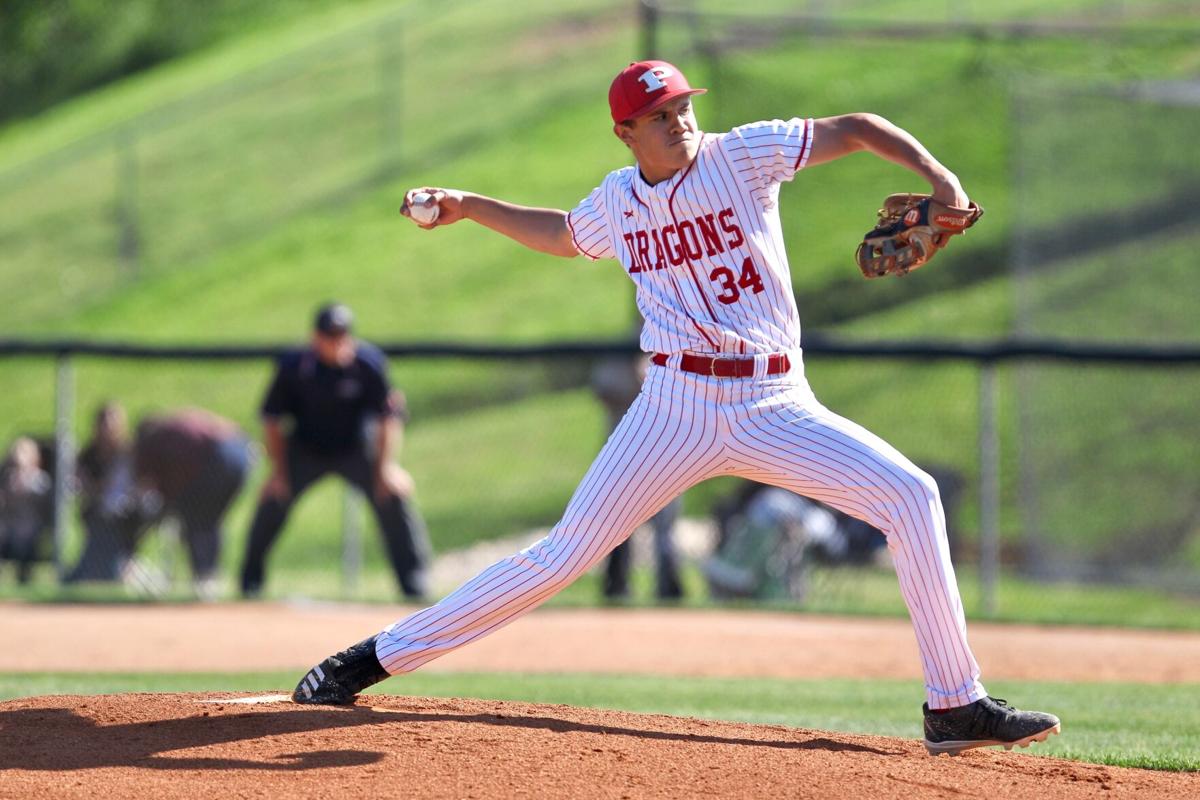 Pepperell's Griffin Kanelos delivers a pitch during Game 3 of the Dragons' Sweet 16 matchup against the Callaway Cavaliers Friday at Otis Gilbreath Field in Lindale. 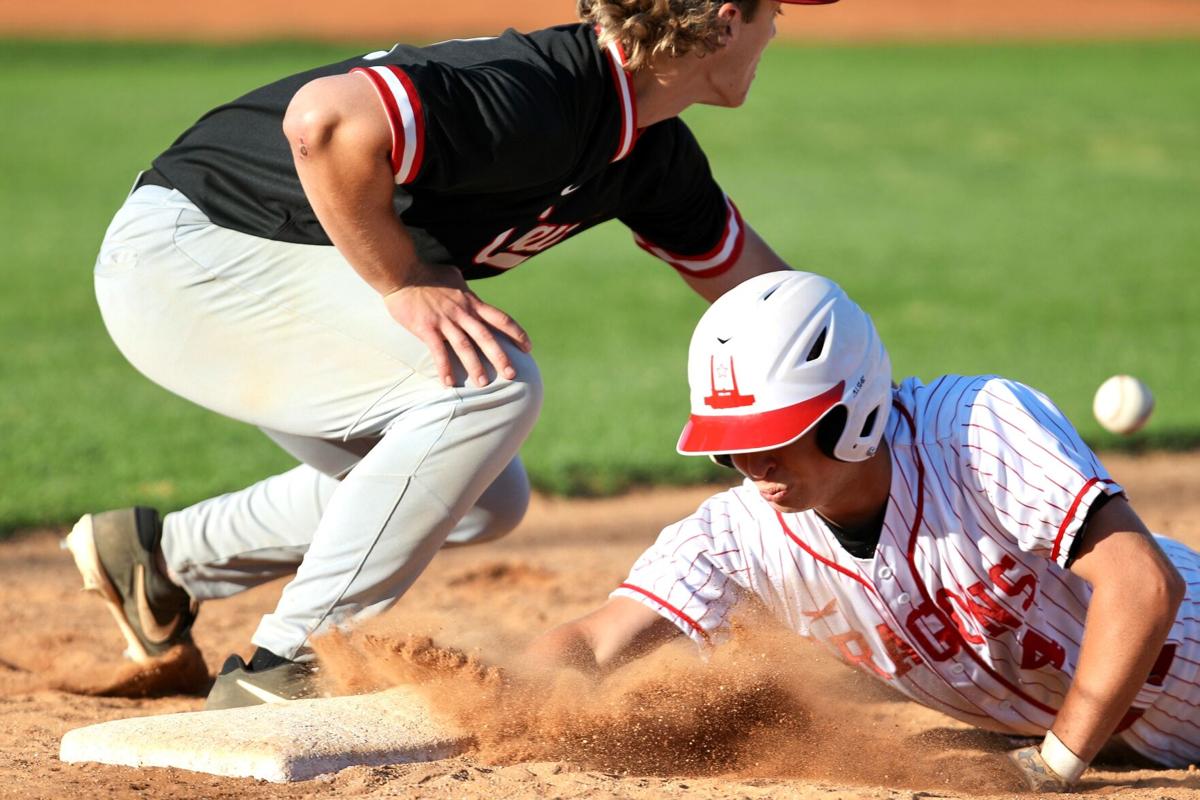 Pepperell’s Ryan Ely attempts to beat the ball to a base during Game 3 of the Sweet 16 against Callaway on Friday at Otis Gilbreath Field in Lindale.

Pepperell's Griffin Kanelos delivers a pitch during Game 3 of the Dragons' Sweet 16 matchup against the Callaway Cavaliers Friday at Otis Gilbreath Field in Lindale.

Pepperell’s Ryan Ely attempts to beat the ball to a base during Game 3 of the Sweet 16 against Callaway on Friday at Otis Gilbreath Field in Lindale.

After a painful loss, the words can be hard to find. Something to salvage the moment and remove that pain, even if only for a single moment.

From the clutches of victory to the agony of defeat, the Pepperell Dragons saw their 2021 Class AA state run come to a crashing halt at the hands of the Callaway Cavaliers 7-6 in the decisive Game 3 of the Sweet 16 Friday at Otis Gilbreath Field in Lindale.

“You knew going in that somebody was going to get their heart broke today. We just happened to be on the wrong side of it,” Dragons head coach Chad Brown said in a text message. “I hate for it to end like it did for this collective group. They gave us absolutely every drop of everything they had in them to give. Once the dust settles they’re going to be remembered and talked about in Dragon County for a long time.”

Pepperell led 6-3 entering the seventh inning, but could not hold off the No. 4 team in Class AA in Georgia. Down to their final out, the Cavaliers took full advantage with backs against the wall and put four runs on the board before the third out was recorded.

The Dragons managed to put a runner on first in the bottom half of the seventh, but it was to no avail. Suddenly, the visiting side was on to the elite eight.

“Staring down the barrel of a game 3 against one of the top teams in the state, we gave the ball to one of our seniors and told him to give us a chance,” Brown said. “Griffin Kanelos was a dog today. Callaway could’ve blown it open several times early, but he stopped the bleeding and kept us even. Very proud of him.”

Ryan Ely came in and secured the final out of the sixth inning, but struggled in the seventh.

Offensively, Pepperell struck first as Gage Owens delivered a 2RBI double to center field for a 2-0 lead in the first inning.

Trailing 3-2 in the fourth inning, the Dragons found some offense with two outs as Chase Gresham tied the game with an RBI double to center. Landen Loyd, who went a perfect 4-for-4 in the batter’s box, then plated Gresham to put Pepperell back in front 4-3.

Three batters later, Kanelos hit a ground ball to right field, adding another run to the scoreboard for a 5-3 edge.

In the sixth inning, Loyd led off with a double, then scored on a sacrifice fly to center field. But with the bases loaded in the top half of the seventh, three base hits by Callaway would do enough damage to flip a 6-3 lead to a 7-6 deficit.

The Dragons finish the 2021 campaign at 23-12 overall, including 15-3 in Region 7-AA competition, which secured the school its 18th region title.

“We’ll reflect in the coming days what went well this season and what needs improvement, and we’ll be proud of the accomplishments,” Brown said. “We’ve got some big shoes to fill, this group definitely set the bar high. But we also have a lot of underclassmen who stepped up for us this year in key spots. It’ll be interesting to see them develop this offseason. These seniors go out as region champs, now the rest get to defend it. And we’ll be looking forward to it.”

The race to succeed former state Rep. Bert Reeves, R-Marietta, is headed to a runoff.

Celtic Classic is back with music, competitions, the Showing of the Tartan Parade and more

EDITORIAL: An insider for elections

Bath and Body Works to open at Canton Marketplace in August

Arrest records from the June 16, 2021 edition of the Calhoun Times