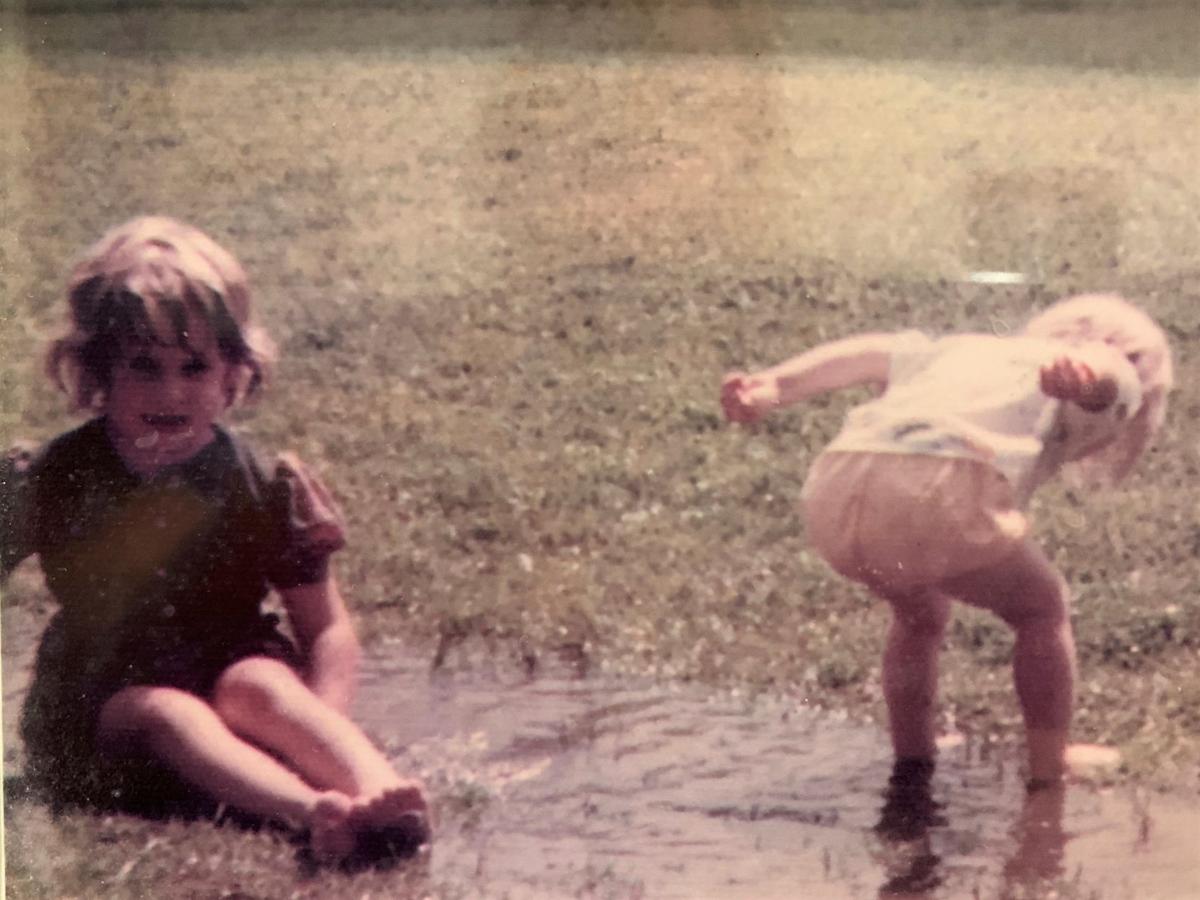 As I watch the rainfall on this spring day, my mind recalls a scene from late August 1975, which still produces laughter. At the time, we were living in an apartment in Moultrie and I was expecting my third child to arrive any day. My oldest daughter, Amy, was on her way home from public kindergarten. Her almost 2-year-old sister, Heather, and I were strolling toward the front of the complex to meet Amy when she got off the bus.

It had rained most of the day, but now the sun was beginning to shine as steam rose from the earth, creating a low fog. The apartment’s pool rested atop a hill, and deep rain puddles gathered in the grass around its base. It was so hot and humid that when I caught sight of the pool, I wished for it to still be open. However, the gate was now locked except on weekends.

As I was rubbing my aching back and dreaming about swimming, I caught a glimpse of a figure sliding down the hill and splashing into a deep rain puddle at the base of the pool.

Earlier that morning, I had decided to let Amy wear her favorite dress on her second day of school. It was an exquisite little number that I happened to find on sale at a specialty shop. She looked adorable as I brushed her curls around her face, which softened her dark brown eyes that always held a bit of mischief.

When Heather saw the child frolicking in the dirty water, she began to laugh and point! The bus must have been off schedule and early because there was Amy in her pretty new dress sliding down a grassy slope into the water below. Mud squished between her toes, and now her curls swung in every direction possible. She was drenched from head to toe.

When Amy spied me, her eyes grew wide, realizing the possibility there could be a corner waiting for her. However, for some reason, the only thing I understood was that my daughter desperately needed to cool off and that she did!

Heather squealed with delight as I removed her shoes, telling her to join her sister.

They slid down the hill and into the rain pools with such screaming hilarity, folks came out to watch. Someone brought me a lawn chair as I thought for sure I would wind up in labor from belly laughing.

Today, a silver frame is around a small photograph of Amy in her fancy dress sitting in a puddle as Heather is caught by the camera in the middle of a jump to create a splash.

A few days passed, and my son joined the world.

Over the last 50 years, during my children’s illnesses, troubles, accidents, and mischievous adventures, I was there. My heart crumbled many times when they suffered unbearable pain and loss. I have fallen on my knees, begging God to save them from this or that, so often I think he must be frazzled from my pleas.

However, until the day I join God, I will continue, because I am my children’s mother.

Motherhood is not for sissies. Mothers are the bravest human beings on earth. There is no way any mother would ever get through half of what they endure without an angel picking up the pieces and a God who hands them a morning dose of courage.

Today mothers everywhere are dealing with the stress from a pandemic, children’s education, income, jobs, and food. Their plates are full of worry. Many mothers have lost a child or are caring for an ill baby. Yet, somehow, these brave women rise from the pain to carry on with their care for others. They become their children’s legacy and heroines.

When I recall the struggles of raising my three, I am in awe I persevered, and so did they. But motherhood is not just about surviving but relishing those days that propel you forward, the moments of laughter and sheer delight. The days when you take the time to watch your children squeal with happiness because of a rain puddle or Santa’s arrival are priceless.

The exhilaration I feel for the honor of being my children’s mother is far greater than any motherhood struggles I endured. They are the greatest gifts of my life.

As I look at the faded photo of two little girls splashing in rainwater, I am thankful I took the time to watch, with great glee, my children being children.

Belly laughs and love far outweigh all the labor it takes to be a mother.

Lynn Gendusa of Roswell is the author of “It’s All Write with Me!” Essays from my heart. She can be reached at www.lynngendusa.com.