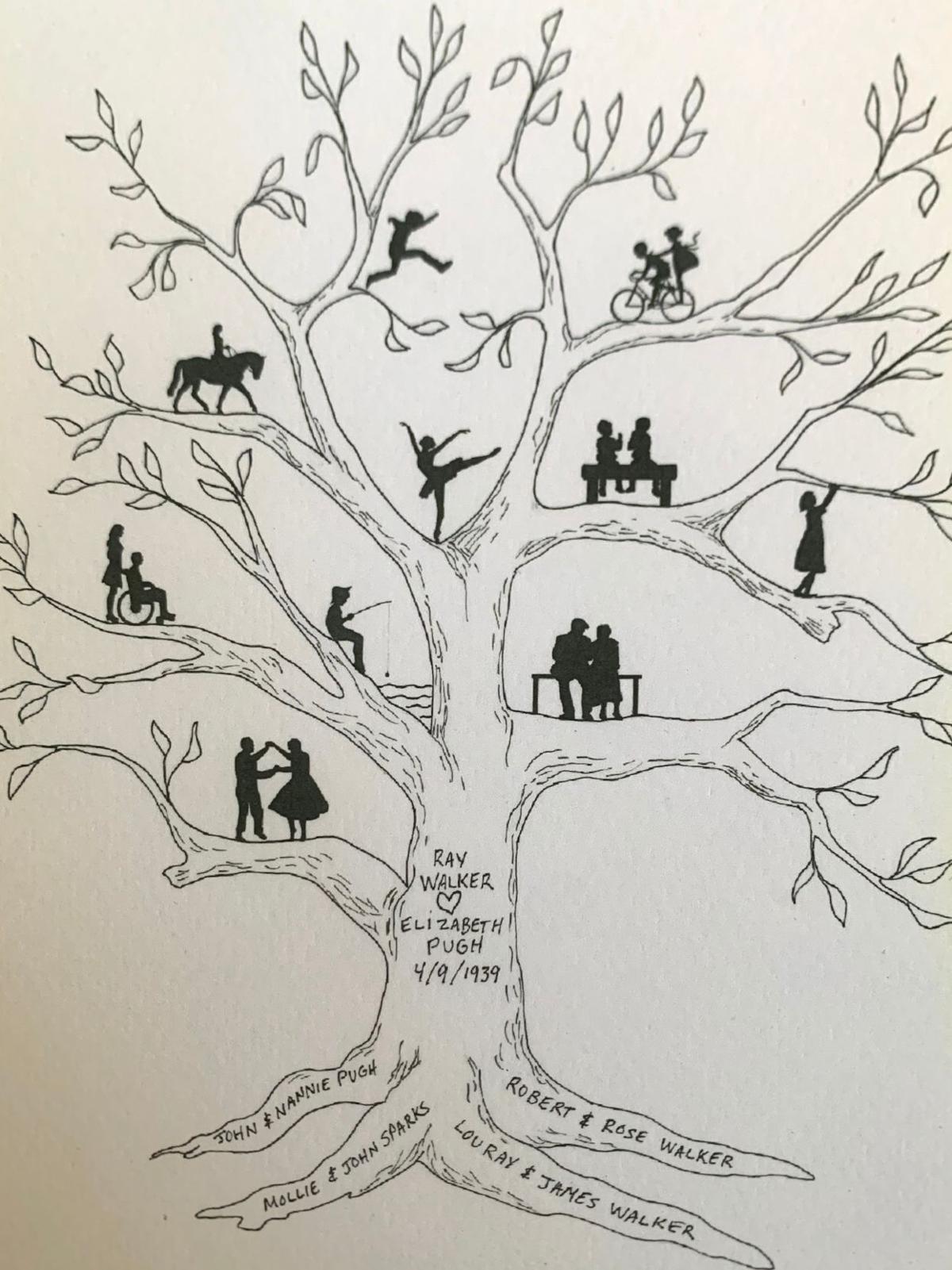 Most of us can be skeptical and doubtful at times. Sometimes mysterious events occur that we conclude are merely coincidences and see no divine connection. And, most of the time, we are wrong.

I often write about the power of God and the things he does to show us he and his staff of angels are with us even in the small stuff of life. We can’t possibly understand the hows and whys of his plans, but sometimes we must lean not on our understanding, but his.

Near the end of 2017, I began to compile many of my columns into a book. Before I started this trek into the unknown, I consulted my friend, essayist Lee Walburn, who encouraged me to do so. He had written a similar book, and I was very impressed with the artist he used to illustrate the chapters. Her name, Michaele Flynn Prince — a former art teacher from Armuchee.

Once the chapters were organized and titled, I met Michaele and her husband at a restaurant outside of Atlanta.

She decided to take on the project and used many of my ideas for each drawing. Some were more complicated than others, and in the months that followed I discovered the incredible talent and friendship of Michaele Flynn Prince.

When she would email a rendering, I often would cry because it was as if she put on paper a vision that only lived in my mind. She painstakingly and beautifully created authentic depictions of my written words.

However, one chapter, titled “Roots,” gave us fits! It held stories regarding our heritage and how it affects our lives. A drawing of a family tree began as an oak, but then we chopped it down. Nothing was entirely right.

Finally, after doing a bit of research, I discovered a tree silhouette. I liked the idea and quickly sent an example of one to Michaele. I told her the names to put in the roots and on the tree trunk, which were my parents, grandparents, and great-grandparents.

The tree also depicted life events on its branches, which I thought was a good idea.

“Is there anything specific you would like to portray in the tree?” Michaele asked.

“No, the names are the significant part, so the activities represented can be anything,” I replied.

Michaele knew nothing about my relatives, their lives — and little regarding me. We initially met over lemonade to discuss a book and laughed at her love of fishing, tennis, and pickleball.

“Lynn, I just finished a sketch of the silhouette heritage tree, and I am emailing it to you now,” she messaged me early one morning.

I opened my computer, and as I gazed at the screen chills ran over me, tears welled in my eyes, and I recognized there was a divine element involved that could never be mere coincidence.

The tree branch to the left of my parent’s names on the trunk was a silhouette of a couple dancing. My parents loved to dance, especially my father, who passed such love to me. A woman is pushing a man’s wheelchair as I had done my cancer-stricken brother’s chair toward the end of his life. We shared many laughs regarding how he directed me to drive it.

In the middle of the branches is a child fishing with a pole, which was my grandmother’s and my favorite activity. My great-great-Aunt Hennie delivered over 1,000 babies in the Tennessee mountains riding horseback to each new mother. And, a woman is riding horseback toward the top of the silhouette.

A ballerina regally posed is in the center of the tree’s branches. Both my granddaughter and I pirouetted most of our childhood years away. A bike rider is racing down another limb, which little knew I almost destroyed my face when I fell off my bike at age 12 and hit gravel face first because I raced down a hill.

A child is reaching toward an upper branch as I did when I would sneak into my great-grandmother’s backyard and climb up her cherry tree to stuff my cheeks with ripe goodness.

And finally, on the bottom right are two elderly folks seated at a rectangular dining table, which my grandparents did every day until my grandfather died in 1965.

Michaele knew none of those things when she randomly chose the scenes used in the silhouette of the tree. However, there they were, the story of my heritage told in the branches of a mystical black and white tree.

Life is a series of finely tuned connections and clues reminding us we are never alone, and our families live on in a place where angels and souls soar amid mighty eternal oaks.

Lynn Gendusa of Roswell is the author of “It’s All Write with Me!” Essays from my heart. She can be reached at www.lynngendusa.com.