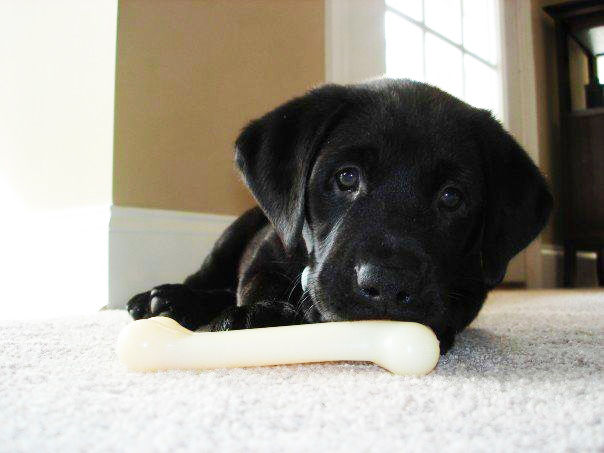 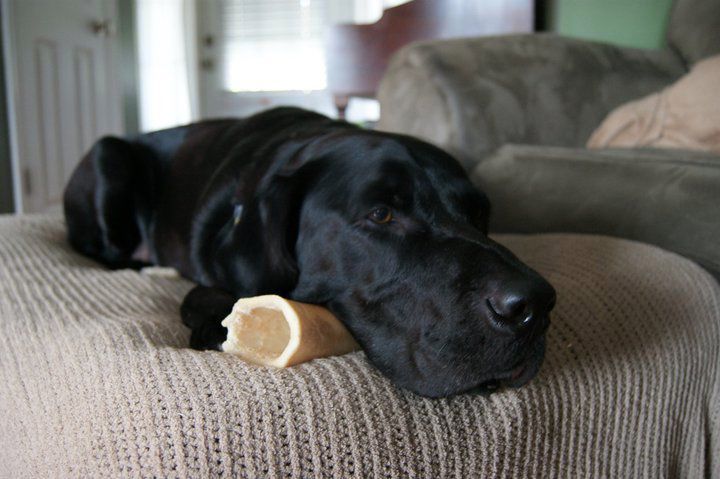 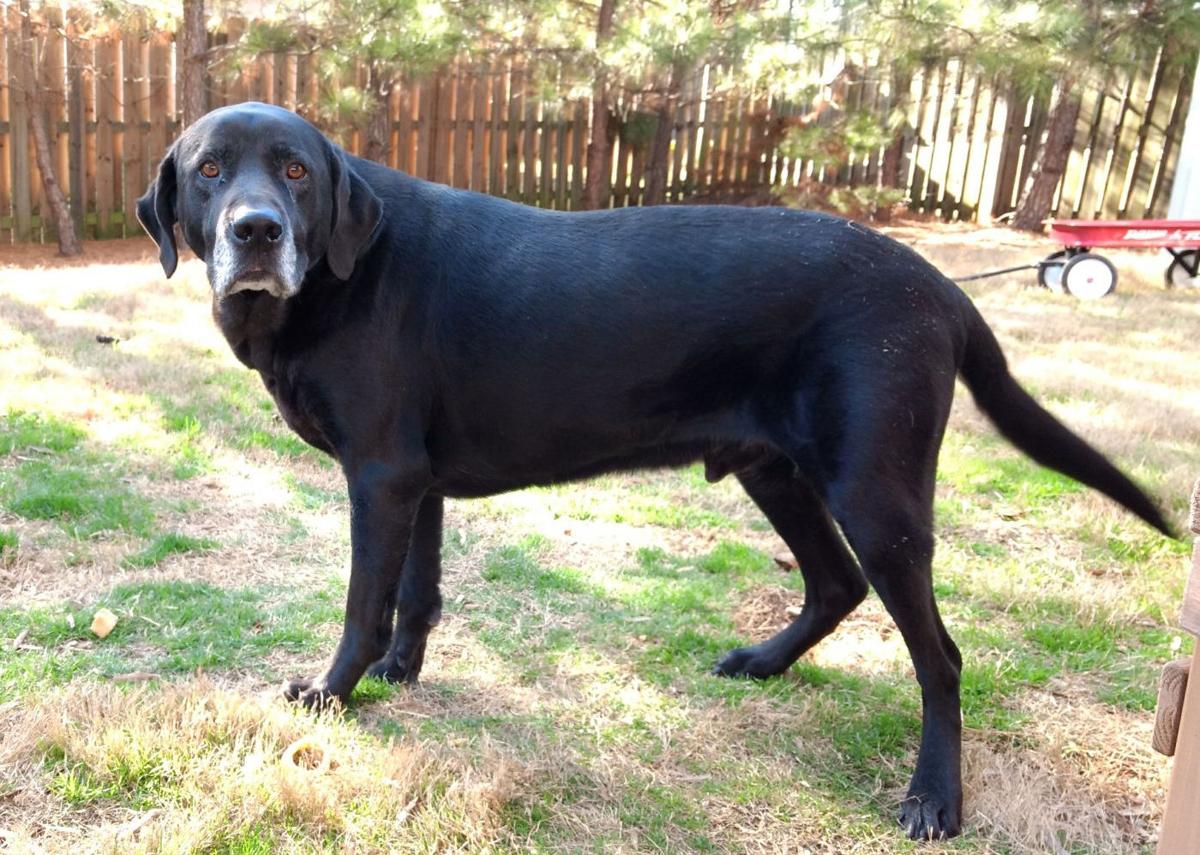 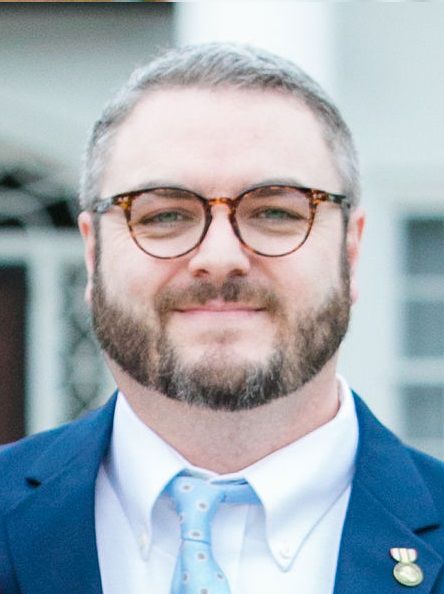 The backyard is empty. When we pull into the driveway, nobody is there to greet us, tail wagging, at the gate. It’s strange how a family can seem so much more quiet after losing the only member who never spoke a word.

It wasn’t a major shock, but we were never going to be ready, I guess. Bear, our beautiful black Labrador retriever, passed away Tuesday afternoon and it was a tough day for the Silvers family.

Bear Cub was just shy of 12-and-a-half. In March of 2007, a friend and I drove to Scottsboro, Alabama, to pick out a six-week-old puppy. There was a whole litter in black, yellow and chocolate labs with plenty of males and females to choose from. This one little fella waddled up to my foot to check me out and impressed me because he seemed to be friendly and confident, but also independent.

On the way home, I took my new puppy to the top of the falls at Little River Canyon, and the way he tumbled through the small streams of water reminded me of a grizzly bear. The new puppy had named himself.

I had just moved back to Northwest Georgia after a few years away, and Bear kept me company while I waited for my fiance to finish up her last school year teaching in Florida before our summer wedding and her moving up to Rome. Three months living in a new house alone with a new puppy allows for a solid period of bonding between a “boy” and his dog.

Four years later we had our first daughter, then a second one three years after that, and after two years more our third girl came along. Bear was the best “big brother” a trio of little girls could ever ask for. Those babies used him as a horse, tugged his tail, pulled his ears and messed with his food while he tried to eat. In return for his trouble, they kept him always supplied with crumbs and discarded food from atop the high chair and kitchen table.

Bear is the dog who ate my sunglasses and chewed a live computer power chord. He’s the dog who once knocked a pan of brownies onto the tile floor and ate the entire thing — shattered glass and all … and lived to tell about it after some painful trips to the yard. That same night he also ate a dozen Krispy Kreme doughnuts — box and everything. I suppose the cardboard is what saved him in the end. From birth to death, that dog could never be trusted around unattended food.

A year ago, we moved out of our first house and into one with more room across town and he got a bigger yard. Little did we know, our time with Bear was getting short.

A few weeks back he seemed happy and healthy, but at the end of June he started to lose weight and things got bad pretty quick. The rapid weight loss was due to inoperable intestinal cancer.

That’s how nature is, I guess … it’s hard to make it out of here alive. For an innocent animal, though, it’s a tough thing watching a best friend go.

We got the gift of saying goodbye, first the kids and then my wife and I alone with him. We all told him the things you hope you get to say to someone before they go. That’s a real blessing when it works out that way, even if it hurts when the words are coming out.

Our family will be forever grateful to the staff at Animal Medical Center of Rome for caring for Bear his entire life and also the folks over at West Rome Animal Clinic who took care of him on his final day, accommodating us when our regular vet was on vacation. We’ll never forget those who cried alongside us.

My 5-year-old daughter put it best as she consoled her older sister, saying that “sometimes God gives us a dog to have happy memories, even though we bees sad when they got to leave.” Beautiful words always come out so freely from a perfectly clean heart.

Our youngest, now only two, probably won’t remember Bear, even though she asks for him still. She’ll have to build her own dog to remember using everybody else’s stories. The other two girls say they’ll miss going down in the evenings and playing fetch before feeding him. Most of the time, they just used it as an excuse to get a few more minutes outside before their baths. Kids are crafty that way, but I’m certain Bear didn’t mind.

My wife says she’ll miss the way he’d always console her when she cried. He only reacted to me being anxious or angry, but the most attention he ever paid to anyone was when mama was sad.

Me … I’ll miss everything. Nobody knew that dog like I did, and he listened to me better than anyone — when he wanted to. When he didn’t want to mind, that was okay too. I did, after all, pick the independent puppy so many years ago. I don’t think I could have fully respected a totally obedient dog. The Silvers family needs members with a little character, and we sure enough had plenty of that for a dozen happy years.

Maybe one day down the road we can get the bowls and bed out of storage and welcome another little knucklehead into the fold, but for the moment we all just need some time to be okay with the emptiness.

We love you Buddy Boy and we’ll miss you always … wherever you are.

Blake Silvers is the Roman Record editor and staff writer for Rome News-Tribune.