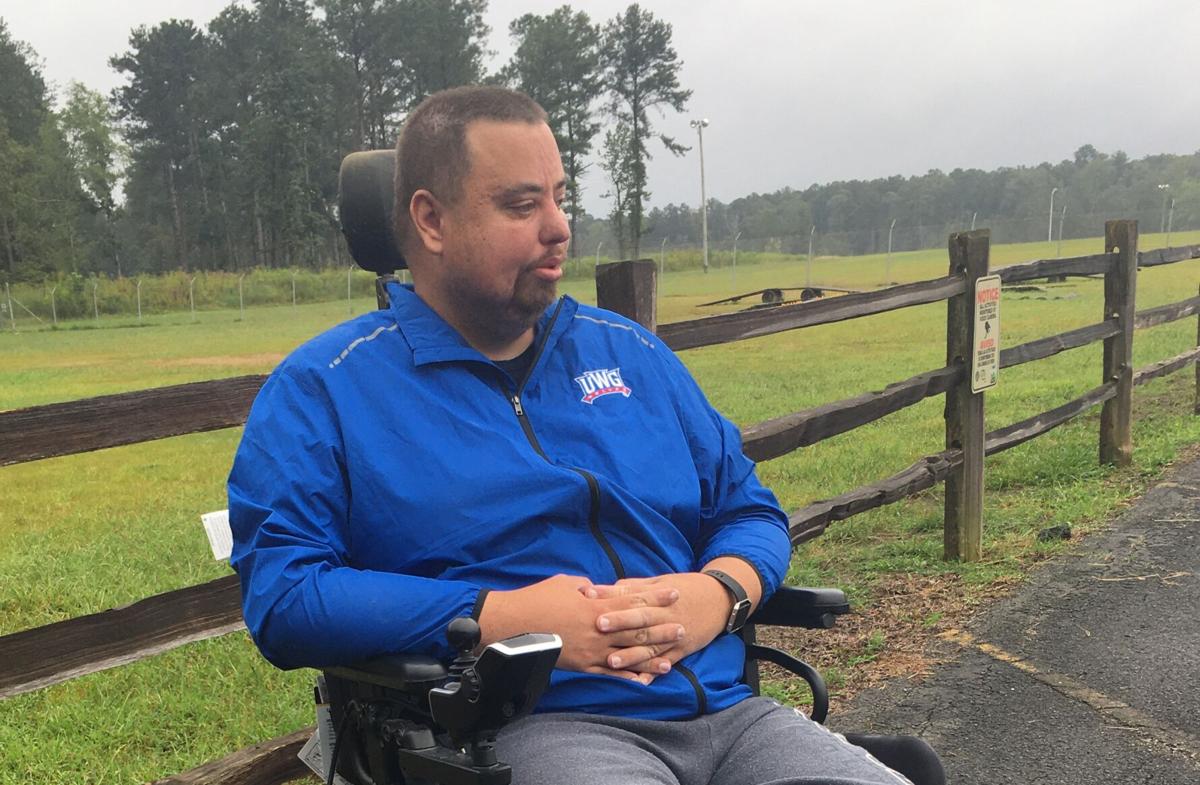 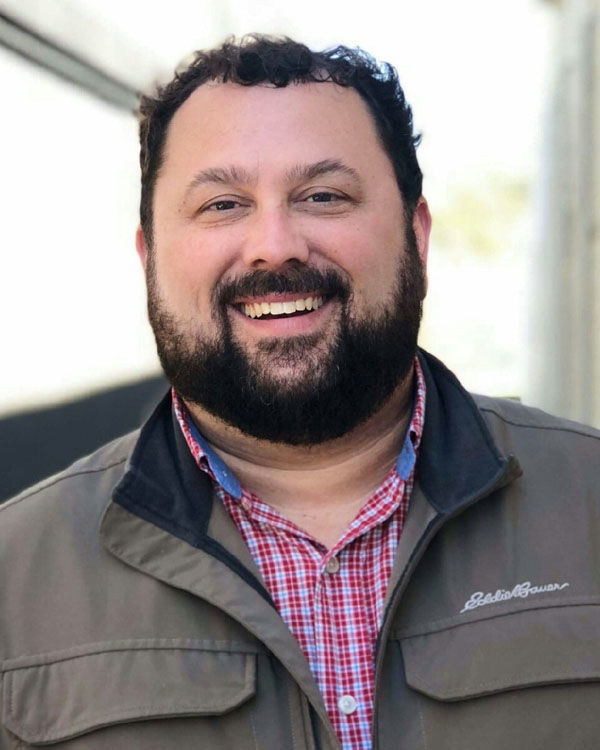 Lee Cagle is a great conversationalist. He can talk to anyone about almost any subject.

He’s a thinker. If you ask him what he believes on most topics, he will have an opinion. An opinion that is original. An opinion he developed by intentionally thinking the matter through.

He’s a good friend to many. The kind of guy you hope your son grows up to be.

He is one of the funniest guys you will ever meet. But you will never see him smile. Never.

The reason Lee never smiles when he drops a one-liner or offers a mic-drop counterpoint is because he can’t. His facial muscles have essentially been paralyzed since he was a teenager. That’s one of the effects of muscular dystrophy.

Muscular dystrophy affects roughly four in 100,000 people. The disease does not discriminate; people of all ages, races and genders live with it. MD can run in families or a person can be the first in their family to develop the disease.

MD is a muscle disease caused by mutations in a person’s genes. The muscle weakness associated with this disease often begins during young adulthood.

Lee’s particular form of MD is facioscapulohumeral or FSH. The name comes from the muscle groups that are primarily affected in the face, shoulder blades and upper arms. The disease also often causes weakness in the legs and hamstrings.

Lee first noticed signs of MD as a young teen. He was at a church activity and became unable to use his arms to navigate a climbing wall. The disease steadily progressed during his teen years, eventually beginning to reveal itself in greater ways through muscle weakness in his feet and ankles.

In middle school, Lee began wearing a brace on his right leg. After wearing the leg brace for a year, he underwent a tendon transfer surgery. During surgery, the doctors transferred healthy muscle tissue from one side of Lee’s ankle to the side of his ankle where he was experiencing weakness. The goal of the surgery was to promote healthy growth on the weak side of the ankle. However, the surgery was not successful.

Lee is a sports enthusiast. He loves the Georgia Tech Yellow Jackets and Atlanta Braves. Although during his high school years Lee acquired a brace for his left leg as well, he was still able to do many of the things he enjoyed such as playing golf, playing baseball and attending sporting activities.

As MD progresses, those who live with the disease experience muscle weakness that progresses to a point where it leads to decreased mobility, making everyday tasks difficult to perform. It 2012, while attending the University of West Georgia, Lee’s condition began requiring him to use a scooter to be able to navigate longer distances. By the time he received his degree from West Georgia, Lee was using the wheelchair on a full-time basis, although he was still able to walk short distances unaided.

Treatments such as physical therapy and occupational therapy, along with various types of surgery, can help those with MD, but at this time there is no known cure.

At 26, Lee maintains a routine of physical therapy in hopes of maintaining as much mobility as is possible. He hasn’t allowed living with muscular dystrophy to keep him from pursuing personal and career goals.

Lee has always been a hard worker. In high school, he worked as a scorekeeper for the Rome-Floyd Parks and Recreation Department. At West Georgia he worked as an RA and as a graduate assistant in the political science department while also interning with Carroll County EMA. His goal is to pursue a career in emergency management. But here’s where his story takes an unfortunate turn.

Because MD has presented Lee with mobility challenges, he is almost always accompanied by a wheelchair.

Lee holds a bachelor’s degree and two master’s degrees. Company after company, interview after interview, failed to offer Lee the opportunity to use his talents. Sure, some of those positions were offered to applicants with more experience or who weren’t fresh out of college, but how many businesses didn’t offer Lee an opportunity because of the obvious? Because of the wheelchair. Because they could see no further than the chair?

Why have we failed to progress to a point to be able to see beyond what is evident? Why do we have to place labels on everything and everyone?

Everyone has challenges. When will we get to a point in society where we afford those with challenges that are a little more obvious the same opportunities we afford those whose challenges aren’t revealed to us by the wheelchair they are sitting in? When will we begin to believe that the wise, hard-working candidate we are looking for might be accompanied by a wheelchair or walker, leg braces or an inability to hear?

Not long ago, Lee finally got a chance. He is in his second semester as an online adjunct political science professor at a local college.

He continues to do what he does. He’s working hard, challenging those around him to be better and working tirelessly to make himself better. He is in the process of applying to the emergency management doctoral program at Jacksonville State University.

Lee is one of many who aren’t asking for any type of special treatment, just an opportunity. To be able to live out the American Dream of chasing goals and fulfilling dreams. To be seen for who they are and not by the label that keeps so many from ever seeing who is right before them.

May we grow to see beyond the chair.

Joey Haynes is a follower of Jesus, married way out of his league, has two of the coolest children in the universe and is blessed to work with an amazing community of believers known as The Church at Rome.