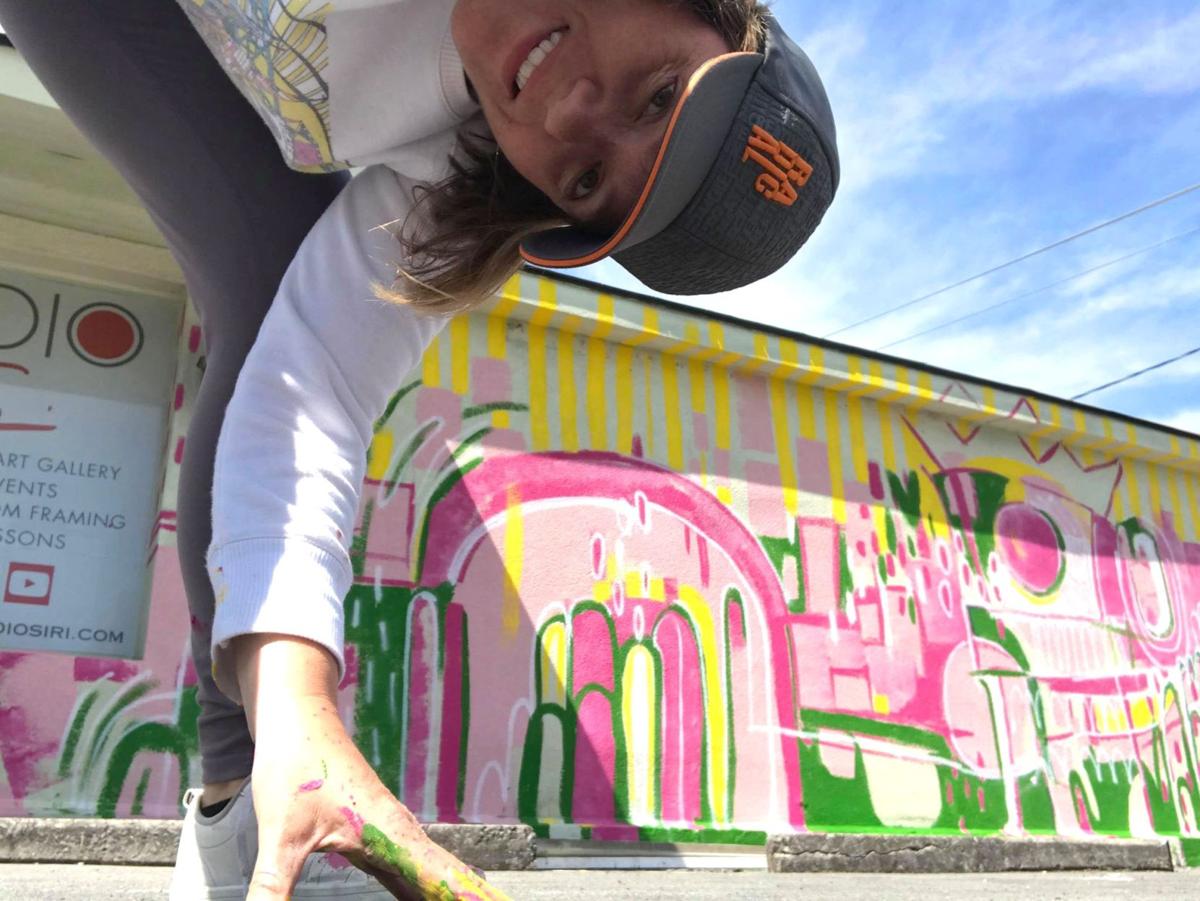 Siri Selle and her new mural at Hanging Around Rome by Studio Siri, 1205 Dean Avenue. 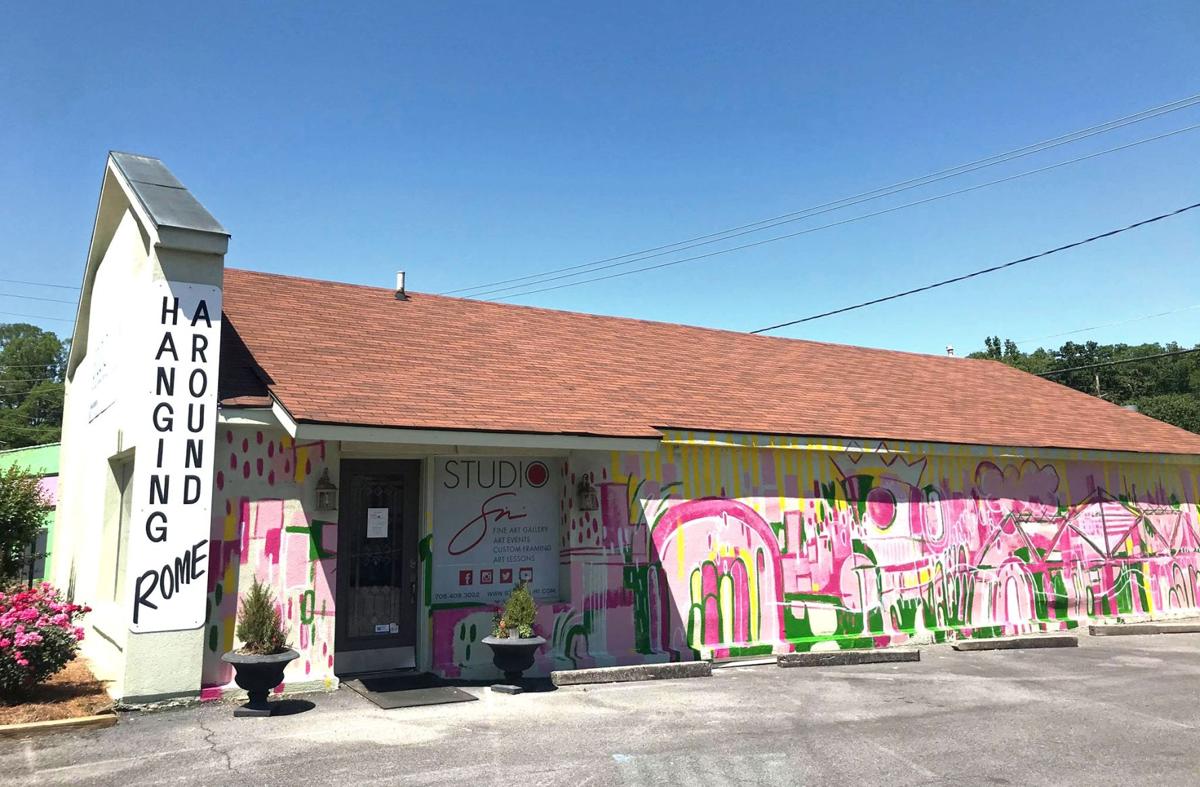 Siri Selle and her new mural at Hanging Around Rome by Studio Siri, 1205 Dean Avenue.

There are always those people whose vision and creativity go unrewarded.

There are so many individuals in this community who take risks and go out on a limb to improve their little corner of Rome and in doing that, they hope to improve the community as a whole.

But thank God there are people in our community who are willing to push the boundaries of what’s always done or what’s always expected. Those people effect change. They help us take steps forward when we didn’t even know we wanted to move forward.

One of those people is Siri Selle.

Siri is an artist. She has been in our community for years and lots of folks are familiar with her paintings. Lots of people have met her through sip-and-paint events she hosts and others know her from giving their kids arts classes.

She owns an art studio and gallery called Studio Siri which sits on Dean Avenue.

This past Saturday Siri did something that may seem like a small gesture but which I applaud immensely.

She painted a big beautiful mural on the side of her building. It’s loud and it’s bright and it’s exactly what Rome needs.

Now to be fair, one of the reasons I love this idea is because several weeks ago I wrote a column saying that Rome needs more murals. I love the idea of those big colorful murals you see in bigger cities nearby such as Atlanta and Nashville and Chattanooga. People visit those cities and many see the murals all over social media and go out of their way to get to those spots and take their own photos. Then they, in turn, post those photos all over the internet and so many people see beautiful parts of that particular city.

Needless to say, when I saw on social media this past weekend that Siri had painted a cool mural on the entire side of her building, I had to ask her about it.

The mural takes up the entire side of her building, which is seen by hundreds of drivers each day as they make their way from Dean Avenue into Rome.

If you’re familiar with Siri’s art you’ll know that she has a very unique style of painting. I’m not an artist so I don’t know all the technical terms, but in my opinion Siri’s work walks that line between realism and abstract. You can make out what the subject is, but it’s not just a picture of the subject. It’s like a dreamy stylized rendition of that subject. And people love it.

The mural is a blend of lines and shapes with waves and blocks of color. She used bright pinks, greens, yellows and white to create this amazing cityscape that is at once dreamy and universal but also Rome specific.

And one of the coolest parts is that Siri used paint from what she calls the “oops paint section” of the hardware store.

Of course, the mural includes the Rome Clocktower but there’s so much more.

“The foot bridge with the (American) flag is there as well and then just other pops of color and joyful artistic marks,” Siri told me. “I have been wanting to give the building a facelift for a while and just wasn’t sure what I wanted. I stumbled upon these bright colors at the hardware store in the oops paint section. (which is pretty much returned paint buckets from customers) The color palette called for something fun and I wanted the mural to relate to people that pass by. So naturally it led to the landmarks of Rome, which I have been painting for years. With a plan in my mind, I went for it. I might add more ‘stuff’ to it as well as ART FOR ALL which is the Studio Siri slogan for all services we offer — such as custom framing/ art gallery/ artful gifts/ art lessons & events / sip n paint etc.”

Here’s why this is such a big deal for me.

For our community to move forward and to compete with other cities, we NEED innovators. We need people who are willing to take a different path than what’s always been done. That’s how we grow. And I hope these people are rewarded for their boldness.

If you have time, you should visit the mural on Dean Avenue. Go inside, say hi to Siri and learn about the cool things she’s got going on over there.

And most of all, share your photos of one of Rome’s newest, coolest, Instagram-worthy spots. It only took Siri one day to complete, but it makes a huge difference on that side of town.

“I really had a blast painting this and I hope people will enjoy it as well and make it a destination Selfie spot in town,” she said. “People can tag @studiosiri on social media so I can share it too.”

And if anyone else wants a mural on their wall, they can email Siri at Siri@studiosiri.com for a free estimate.

This may not be some big fancy economic deal by the chamber or a brand new building or business in town. But one person took it upon herself to create something beautiful in our community and that makes Rome just a little bit better off.