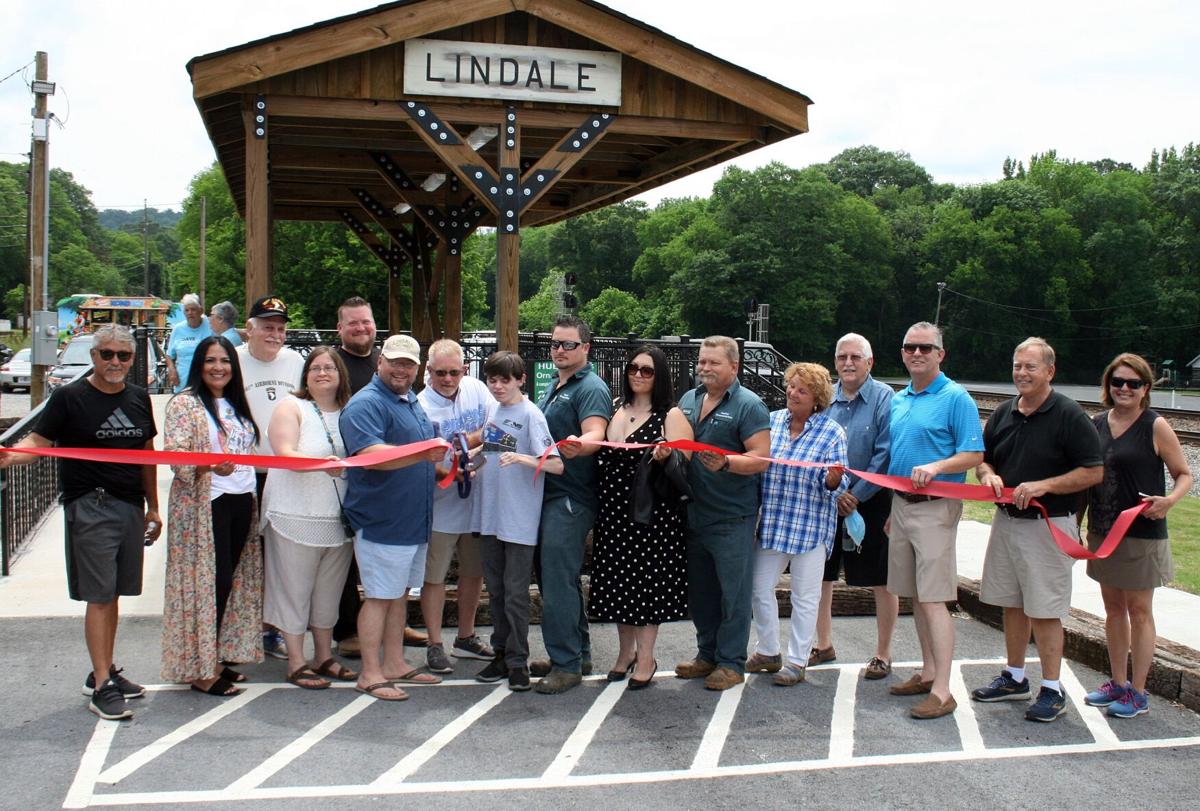 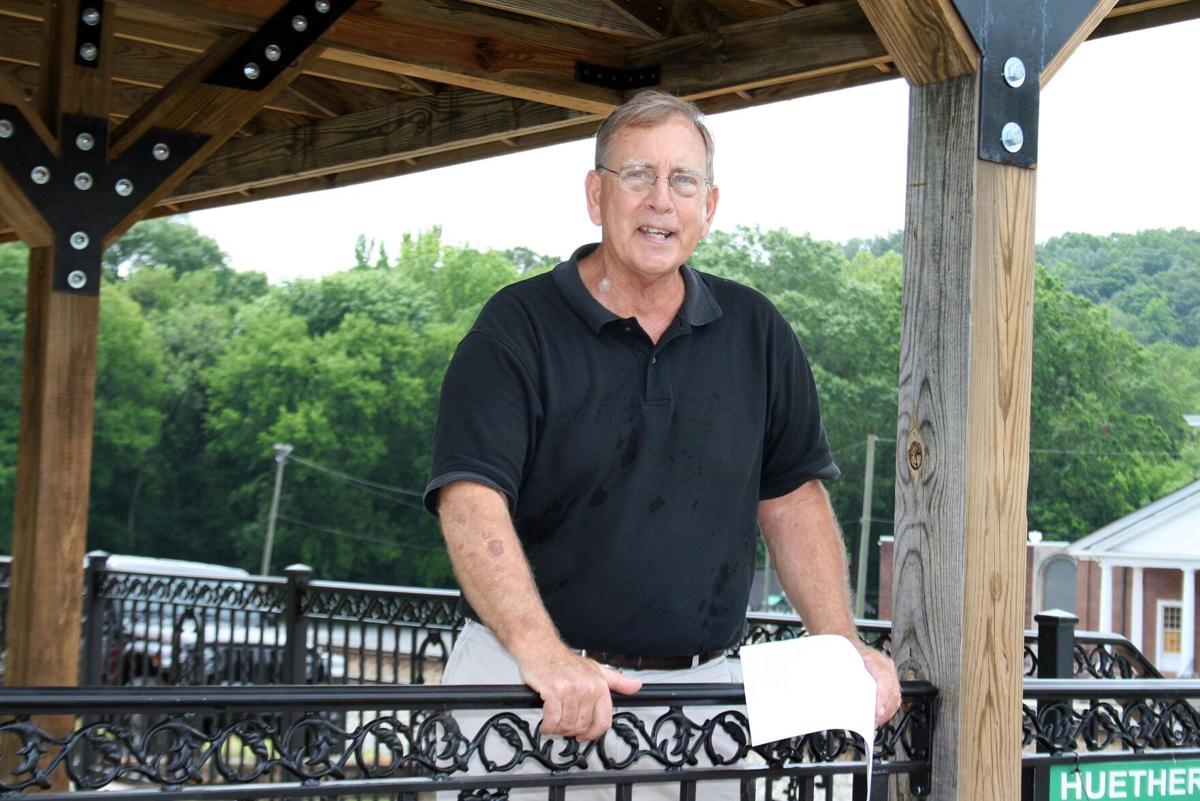 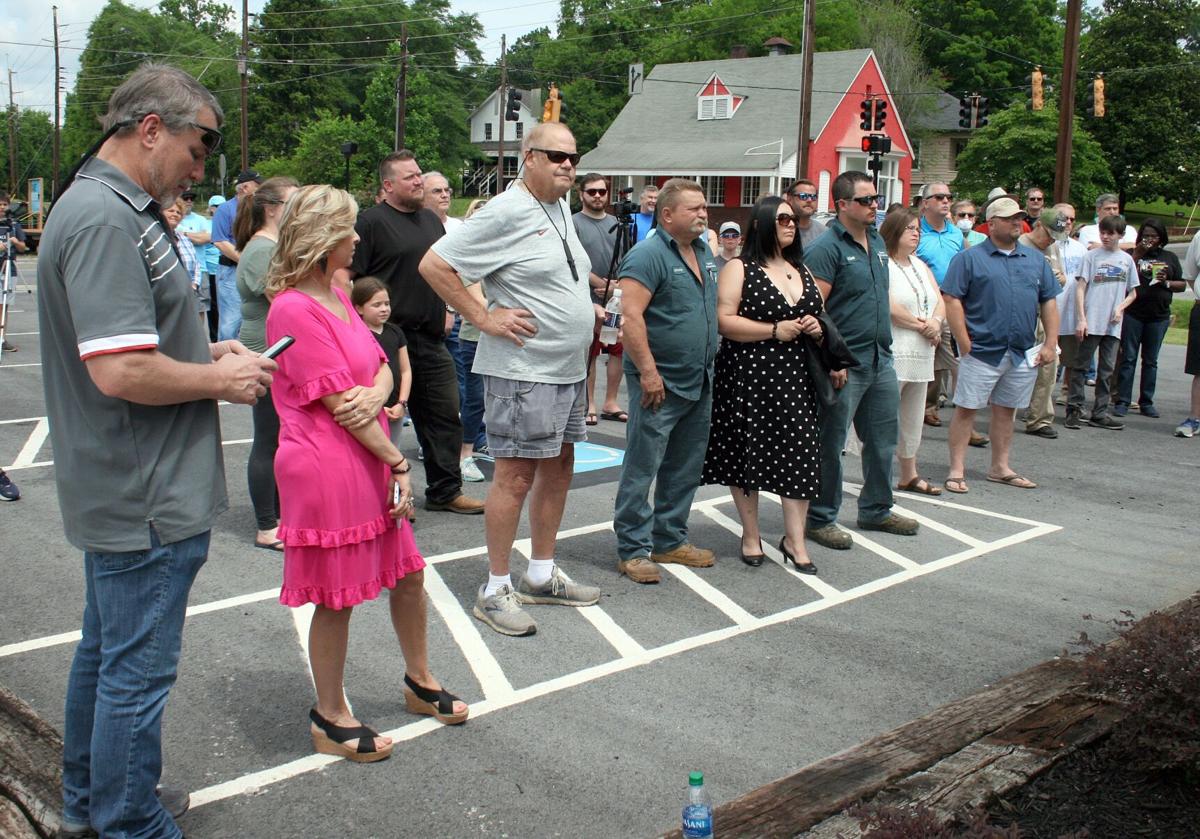 Part of a big crowd that came out to cut the ribbon at the new train viewing station in Lindale Saturday.

Part of a big crowd that came out to cut the ribbon at the new train viewing station in Lindale Saturday.

Holden Robinson, a recent honors graduate at Cedartown High School couldn't hide his excitement Saturday as he cut the ribbon to formally open the new train viewing station in Lindale.Robinson said he's been interested in trains his entire life and was wearing a railroad scanner, his graduation gift, on his side so that he could listen to train traffic.

"It doesn't matter what's coming through, I'm going to enjoy it," Robinson said.

Floyd County Commissioner Wright Bagby said the opening of the train viewing platform represents a fresh new start for the revitalization of Lindale.

"This is one of the first new things that's happened in the mill area in a long time," Bagby said.

Bagby said the platform was the result of a community-wide public private partnerships and issued kudos from the platform to several of the key partners. Charles Brock, had the original sign on the old Lindale train station and donated it to serve as a template for the signs on the new viewing platform.

Joe Silva, the current owner of the old mill, donated bricks from the mill to provide the base for the platform. Evans Construction graded the site and Restoration Lindale did most of the landscaping around the platform.

Johnny Heuther was pointed out for the ornamental iron work on the platform which sits on the east side of Maple Road sits on the main Norfolk Southern rail line between Atlanta and Chattanooga. It is equipped with a scanner that broadcasts radio traffic between dispatchers and the train crews.

The Latest: WHO urges focus on first wave of coronavirus